The fully restored 1941 Worcester Streamliner diner officially opens to the public today after sitting in front of 560 Mineral Spring Avenue for more than nine years. 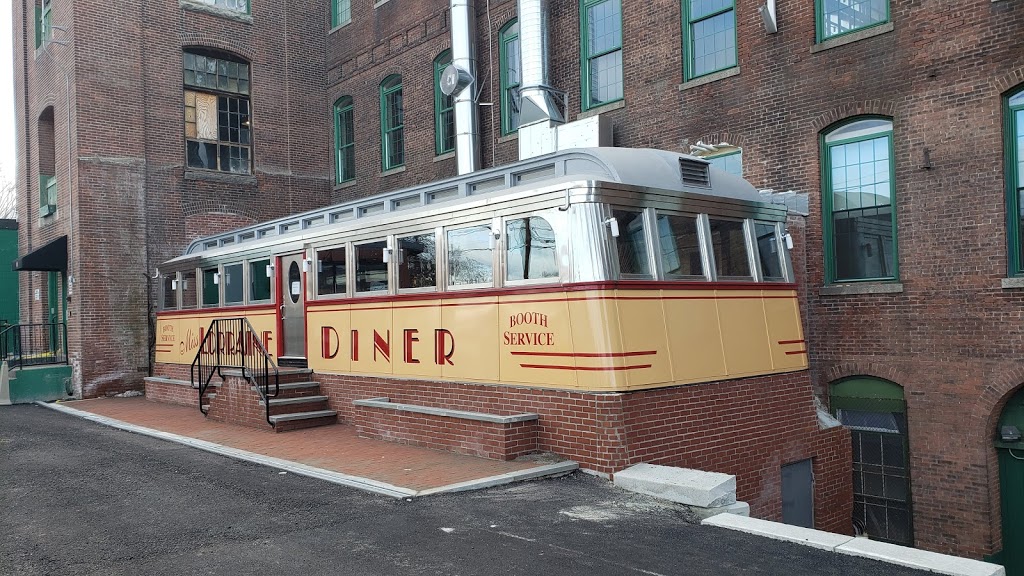 The boards and plastic sheeting are cleared away, the parking lot is paved, the salt and pepper shakers are filled and the fridge is stocked; Miss Lorraine Diner is gleaming and restored to her 1941 splendor at the Lorraine Mills at 560 Mineral Spring Avenue in Pawtucket. She’s open to the public today at 6 a.m. for breakfast, lunch and dinner, with a full liquor license. It will be open daily from 6 a.m. to 9 p.m. (opens at 7 a.m. on Sundays).

The diner is a Worcester Streamliner dining car built in 1941 at Worcester Lunch Car Company by French-Canadian builders. They created the streamliner, or semi-streamliner cars in the late ’30s to late ’40s. “[This] was the deluxe, top-of-the-line model,” says Miss Lorraine Diner owner Jon Savage. He purposely sought out the specific model and found this one in a field in Middletown, Connecticut, where it remained after the previous owner saved it and moved it, but didn’t complete the restoration. 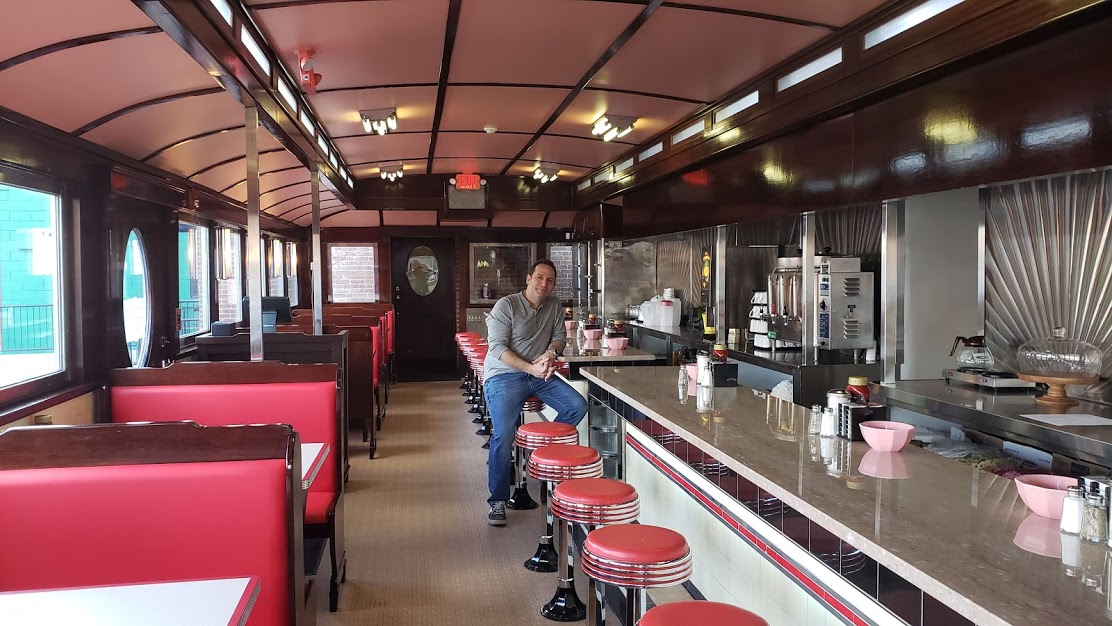 “There were only twenty-[three] of them made and there are only seven or eight left, including one that’s located at the Henry Ford Museum in Dearborn, Michigan,” Savage says. There are six of this style that are operating as diners serving food, including the one in Dearborn.

The Miss Lorraine Diner also has a large back dining room with a beautiful copper bar, accessible through a door in the dining car. The diner car and restaurant space have 112 total seats, ready to serve the people of Pawtucket and the building’s tenants. The Lorraine Mills have seventy-eight live/work units with more on the way, plus sixty-two business units with more live/work spaces coming soon in the Lorraine Mills redevelopment across the street. Rhode Island Monthly magazine will soon occupy one of those office spaces, and current tenants include Fully Rooted, Crooked Current Brewery, White Dog Distilling, Mixed Magic Theatre, Chi Kitchen and many more businesses. 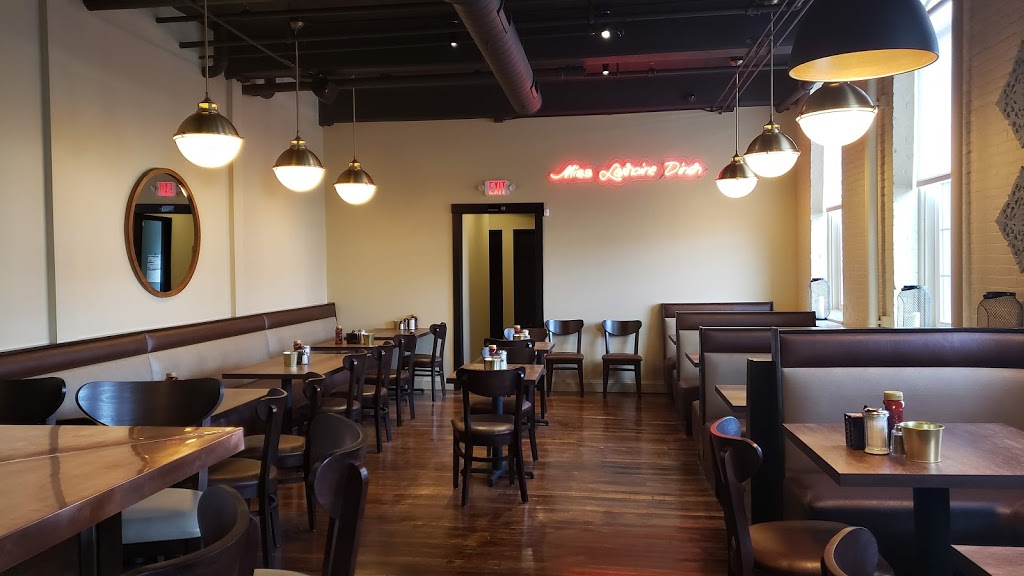 The back dining room at the Miss Lorraine Diner.

The diner has been a long time coming. The car first landed at its current spot in front of the mill more than nine years ago. Savage painstakingly restored the structure by enlisting  a team of local craftsmen and carpenters, including Joe Pacheco of Abby Road Construction and his crew, along with the expertise of diner expert Richard Gutman, who wrote the book American Diner Then and Now. The streamliner most recently operated as Squeak’s Diner in Connecticut, and was a popular spot through the sixties. “He brought it here to this location. It was all covered up and no one knew what was under the cover,” says the diner’s proprietor, Mike Arena, who came onto the project about six months ago to equip the kitchen and build out the second dining room. The expanded dining room was designed by his wife, Lisa Arena. Arena will run the diner on a day-to-day basis.

Inside the dining car, the pale yellow tiles and metal strips along the back wall, the mosaic tile floor and wooden door leading to the back dining room remain original. The booths have been replicated to look like the originals, upholstered with red vinyl and constructed out of old-growth mahogany, just like the original wood detailing in the car. Six of the eight lighting fixtures on the ceiling are original, too.

“I look up and I can’t tell what’s original and what’s a duplicate because they were all expertly done by local craftsmen,” Savage says. Even the marble countertop is part of the restoration’s  attention to detail. Savage sent someone all the way to Tennessee to bring back the Tennessee Marble that serves as the gleaming countertop. It comes from the same quarry that was the source of the original marble that was used in the Worcester Streamliner cars.

Arena was approached years ago about helping to launch Miss Lorraine, but it took him awhile to agree to commit to the project. This is one of five diners and restaurants that he’s currently running, in addition to the West Side Diner, Broadway Diner, the Lighthouse Restaurant and Amanda’s Kitchen, open for twenty-four years and named after his daughter.

“I started out in restaurants with my dad who opened the Seaplane Diner in 1975 when I was six years old,” Arena says. As he got older, he worked in catering and helped launch restaurants, before opening his own restaurant, Farfalle’s Italian restaurant in North Providence, when he was twenty-two. He is sole proprietor of Miss Lorraine, where he will manage operations and even cook breakfast.

While he is devoted to the most important meal of the day, Arena brought on chef Shylicia Heyward to handle dinner. “Coming from a diner background, cooking breakfast is like second nature,” Arena says. “I am here to make sure breakfast goes well, and Shy is here to make sure dinner goes well.”

Heyward is a Johnson and Wales University graduate who worked at the now closed Olga’s Cup and Saucer and at long-time Providence favorite, Parkside. Heyward is excited to put her own spin on diner food. We’re calling it “alternative diner flair,” she says with a smile. Her must-try dish is the shepherd’s pie with braised beef short ribs, peas, carrots and creamy mashed potatoes topped with gravy. 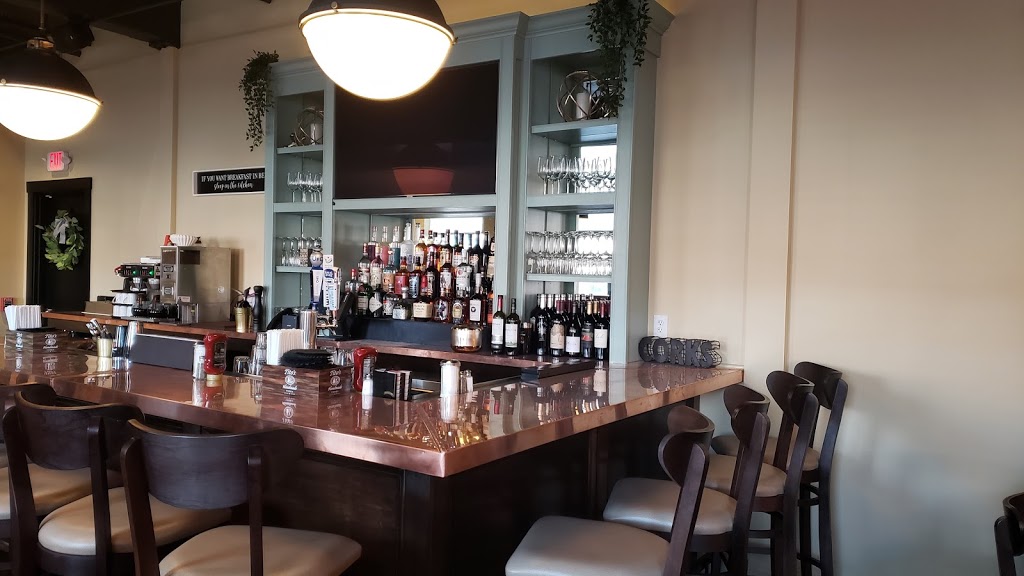 The menus feature everything from Benedicts and omelets to breakfast favorites like corned beef hash, lunch includes grilled pizzas, burgers, sandwiches and comfort food classics, and dinner showcases entrées like marinated steak tips, meatloaf, short rib mac and cheese, salmon and even a vegan-friendly Beyond Meat Italian Sausage pasta and Beyond Meat burger.

Arena plans to source some ingredients and items from small food startups around the building as well, including baked goods from Whisk Me Away and Chi Kitchen kimchi.

Savage hopes to be one of the first to eat at the official opening. “I am very proud of the quality of the restoration and I am excited for both the tenants and the general public to experience it,” he says. “It’s like stepping back in time.”

Editor’s note: This article was updated from an earlier version on January 29. The original name of the diner was Squeak’s Diner, not Zeke’s. We also added a line to credit the contractor team and diner expert who helped restore the streamliner to her original beauty.