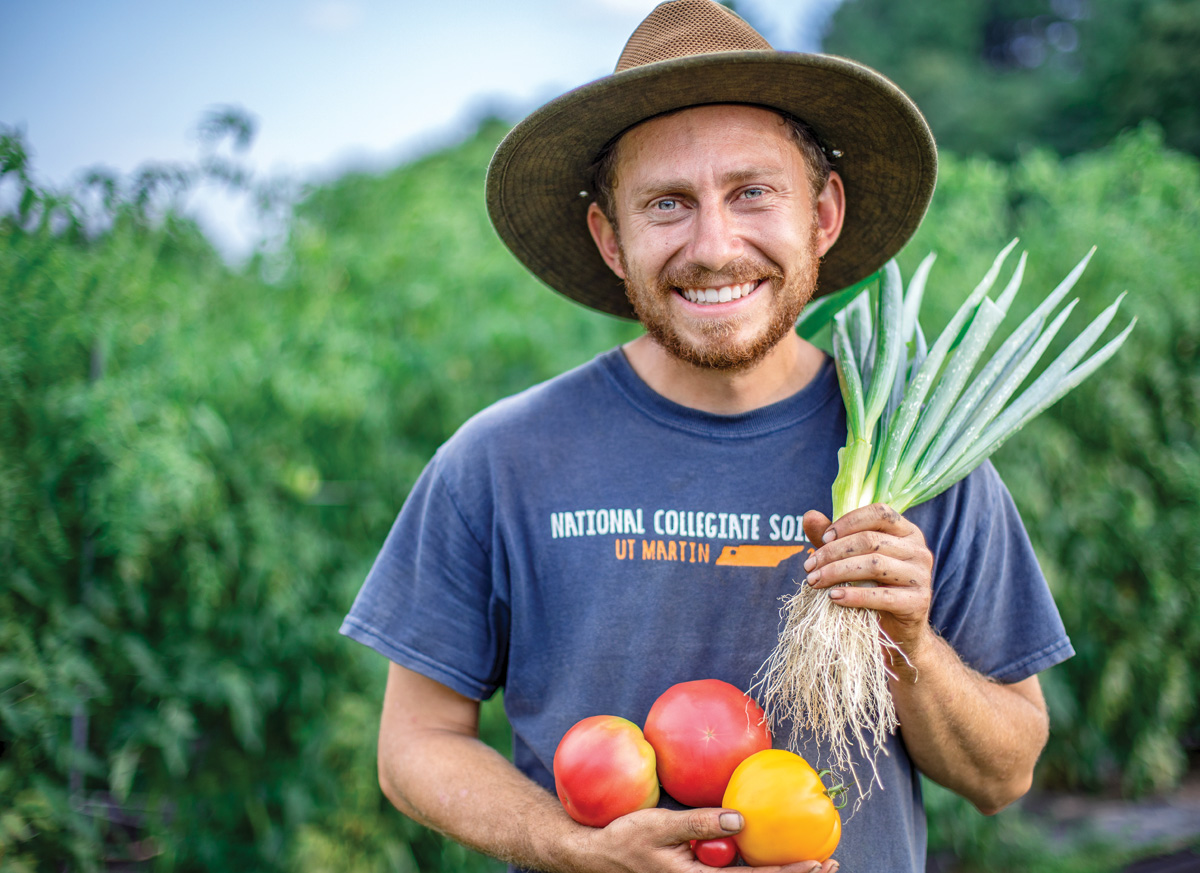 After graduating from high school, Alby Brandon didn’t know what to do with his life, but he knew he wanted a garden.

“My story is one of luck and serendipity, and some hard work along the way,” Brandon says with a grin. His interest in farming began while learning about composting in environmental science class in high school, followed by trying it out for himself. Then he realized he needed a garden in which to put that compost.

So he went on Amazon and got two books on gardening: one on permaculture, and one called The New Organic Gardener by Eliot Coleman. Weighing the two options, he opted for the easy way out with permaculture and let nature take its course.

“I started this garden and bought some squash plants and shoveled a hole. The soil in my parents’ yard was gray, and didn’t look fertile, but I thought nature would take care of it,” he says. “These plants grew six inches tall and flowered, but I don’t remember seeing any fruit. It was a pretty disappointing garden, but it was fun enough that I stuck with it.”

At that point, he knew he was in deep love with the dirt and traveled to Florida to work and volunteer on farms to learn how they really operate. “I didn’t know what to do with my life, so I thought I could be a farmer,” Brandon says. “But farms didn’t seem like they were actually making any income from what they were doing, so it was very disillusioning.”

After gaining some true farming experience, Brandon returned to Rhode Island in 2014 and decided to read The New Organic Gardener again. “It started to make sense now. You actually have to work hard,” he says with a laugh.

He went about trying to find land to start his own market garden. “I decided I wasn’t going to make minimum wage working on a farm, I would just start my own,” he says, “which I wouldn’t recommend.”

Brandon contacted the South Kingstown Land Trust and they had a few parcels of land for lease that didn’t appeal to him. But they also had a list of names of people with accessible farmland. The first names on the list were Charlie and Judy Samson, who had an eighty-acre farm in West Kingston. They sold their development rights to the land trust, meaning it must remain as preserved farmland. Brandon contacted them and they said to come right over and check out the land, and they ended up giving him access to their garden. It was barren after previously serving as a resource for the University of Rhode Island Master Gardeners. 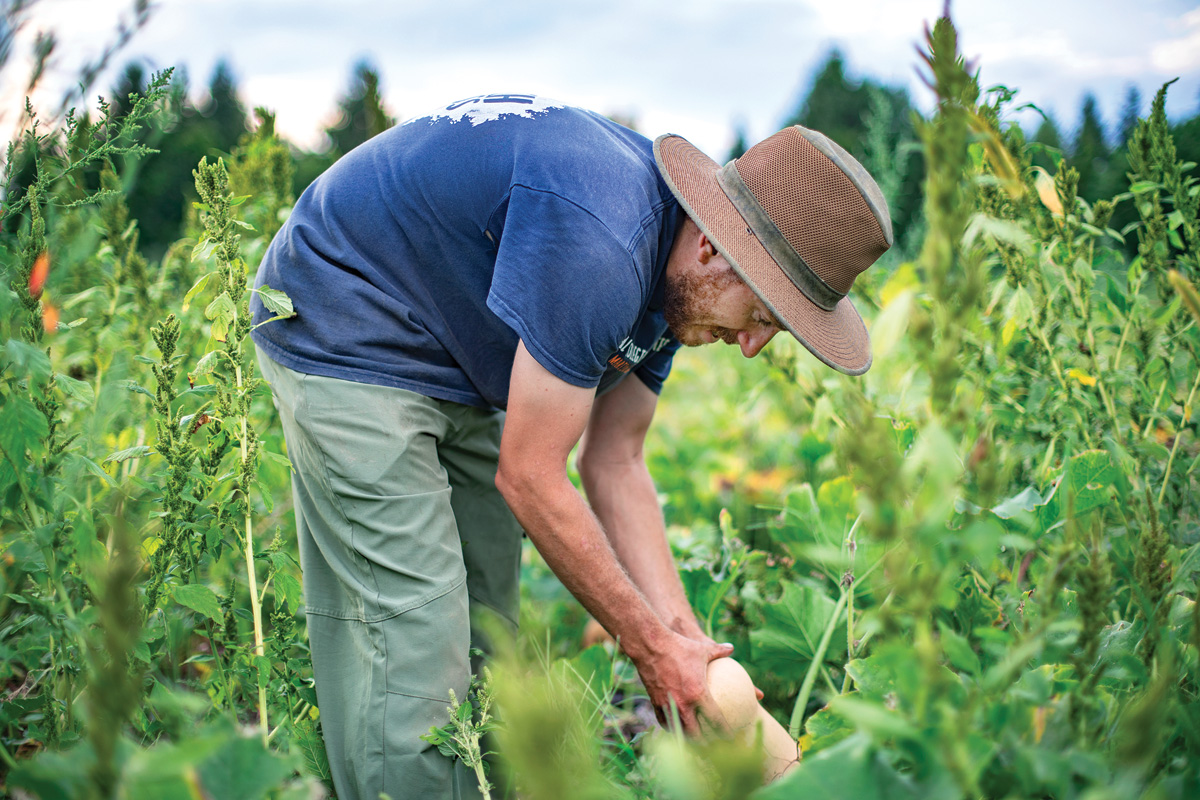 “Serendipity was that it was the spring and they had no plants in this big garden,” Brandon says. “So they said, ‘Sure you can just come use this garden.’ I remember how kind and trusting they were.”

The Sampsons’ children currently have no intention of farming, so Brandon signed a five-year lease to use the land as Brandon Family Farm. He and the team now grow forty different kinds of seasonal certified organic vegetables, fruit, pepitas and hemp on thirty acres.

Brandon was lucky to find the right landlords; perfect soil for growing was also a gift, he says. In addition to farming, he studied soil science at the University of Rhode Island and started a consulting business for soil evaluations for new growers and established farmers thinking about leasing new land. In order for farms to continue to thrive, he says farmers need access to fertile ground. “We have to go out and find the idle lands that have good soil, talk to the landlords, and encourage them to use these economically productive soils for growing,” he says.

Brandon is also savvy when it comes to selling. He recently set up his website for online ordering during the pandemic, so he can pack pre-orders and avoid handling cash. Business has picked up for him; out of a dire situation, more people are shopping local for produce. One look at his impeccable greens, vivid red radishes and squash and it’s clear that this is the ideal way to go food shopping. “Sales are strong, and there’s a lot of demand for local food right now,” Brandon says. “More demand than supply, that’s for sure. Sales are better than ever.”

It turns out, gardening is a pretty good thing to do with the rest of his life.

Pick up pre-orders from the Brandon Family Farm website at the farm on Wednesdays and Fridays from 3 to 6 p.m. Produce is also available through the WhatsGood app for home delivery. In addition, Brandon Family Farm is selling produce at the South Kingstown Farmers Market every Saturday from 8:30 a.m. to 12:30 p.m. at 25 West Independence Way in Kingston.