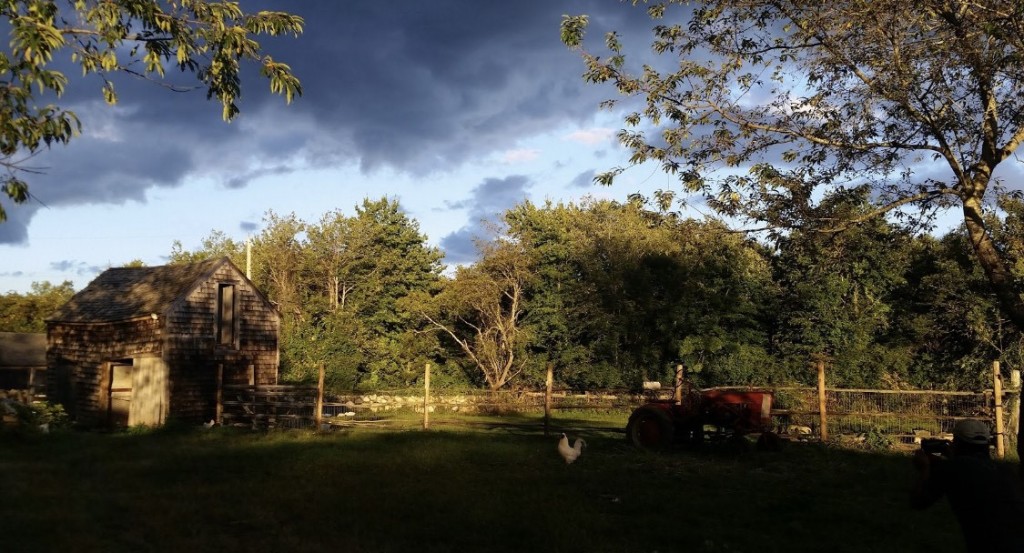 This article is part of a five-part series on local farmers, in which we tell their startup stories and check in on how they’re dealing with business during COVID-19. We originally heard the farming stories at an event produced by the Young Farmer Network of Southeastern New England, which is an organization of beginning farmers that serves the surrounding region, including farmers from Rhode Island, Massachusetts and Connecticut. The event was called “Landing on the Right Acre: storytelling for and by farmers” and it was a partnership with Land for Good, which helps to connect land-seekers with fertile acreage for farming. We decided to update these stories with more current information relating to what’s happening with local food right now.

Cassius Spears is a member of the Narragansett Tribe who has been married for thirty-five years, and has three children and six grandchildren. He wants his grandchildren to have the same experience he had growing up as a child, but realized how disconnected from the land that he, his family and his tribe were becoming.

“I grew up swimming in the fresh water ponds in Charlestown, walking out to the salt marshes and clamming and crabbing and fishing, plus the diversity here is great. You have wild blueberries, turkeys, hazelnuts,” he says. “I remember my grandmother went through the Great Depression and she said, ‘Depression? What depression?’ Because our way of life was totally different.”

Cassius Spears’ father was a farmer, and he was a farmer because he had eight kids and milk was expensive. “It was cheaper to buy the cow,” says Cassius Spears. So they grew up with cows, pigs, chickens, goats and rabbits. “It was a really awesome lifestyle to be able to feel that freedom and know your food and where it comes form and to be able to run and play.” 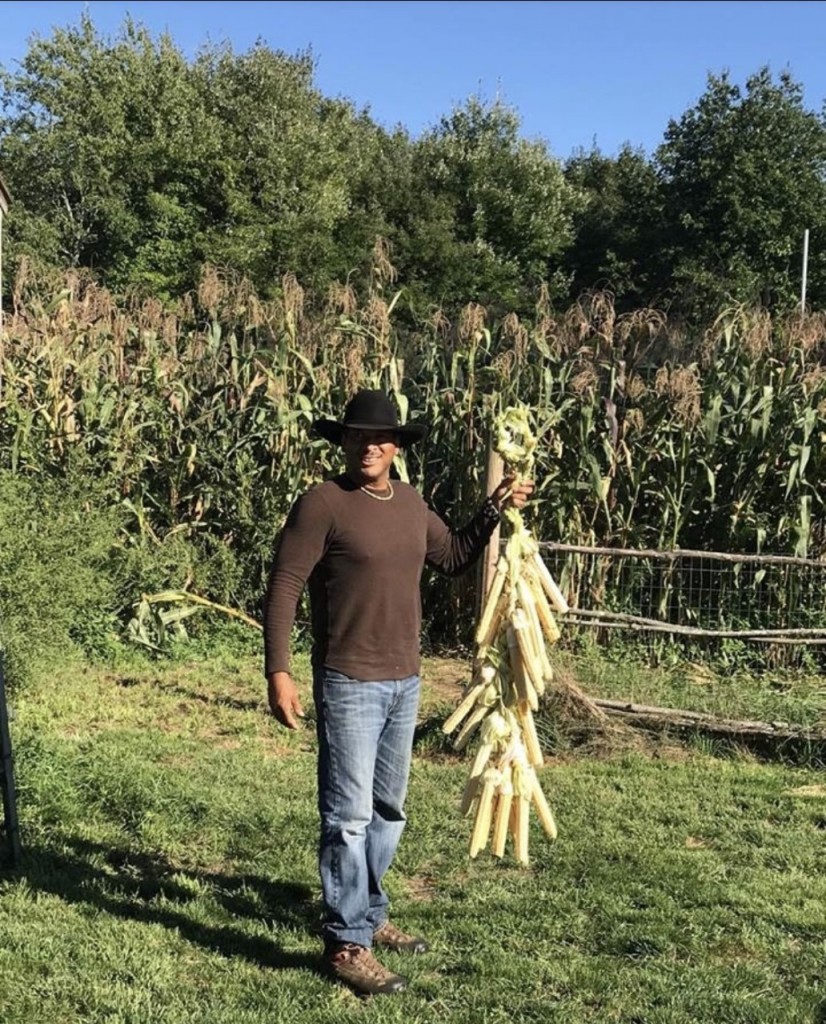 But as his children and grandchildren got older, Cassius Spears says he could see a disconnect in the community, and he wanted to have a place that would bring them all back together, and back to the land. “I thought we were so disconnected from the land, let me make a place and start developing something that will remind people where we came from and who we are,” he says. “I say that because we as Narragansett people, we’re so interwoven with the land, that it’s always been a part of us.”

Like any community, the pressure from society, technology and busy schedules take us away from what’s really important in life; being outdoors, appreciating nature and working the land with our hands. 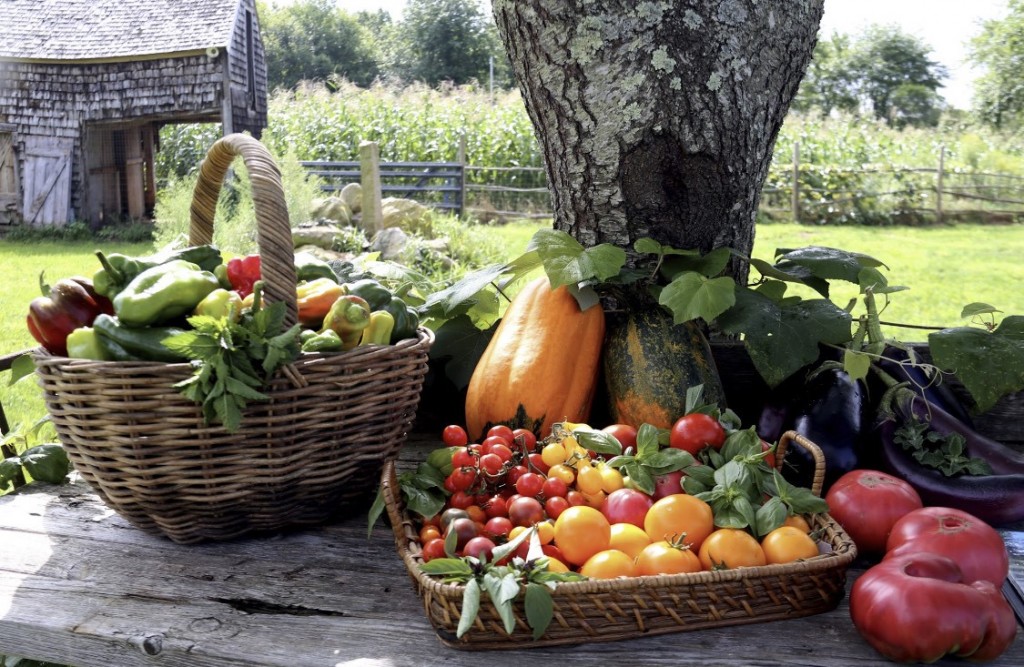 And so Cassius Spears got the blessing from the Narragansett Tribal Council to use land in Westerly that was essentially a junk yard and turn it into a farm. “It took us two years to clean this property. It was that bad. There was stuff everywhere, and there were invasives,” he says.

Spears was so passionate about the farming project, he poured everything he could into it. He cleared the land and planted Narragansett flint corn, which has been grown by his ancestors for thousands of years. The plants grew and were so warped that they couldn’t produce corn, but he saw people refocusing their attention to the farm, and really caring about it. Then the Natural Resources Conservation Service (NRCS) came out to help him remediate the soil. “That soil was so bad that I was able to get a grant and they used it as an educational tool on how to bring back bad soil,” Cassius Spears says with a laugh.

The farm was a success for four years with all different kinds of crops growing. Spears was very proud of it, but then there was a new election in 2018 for the Narragansett Tribal Council, and a new government came on board and the garden was halted on this particular property.

“Eventually, the whole mission on this piece of property evaporated,” Spears says with a forlorn look. He is currently looking for another piece of property where he can continue his mission and vision. He’s hopeful that a farm will grow again. 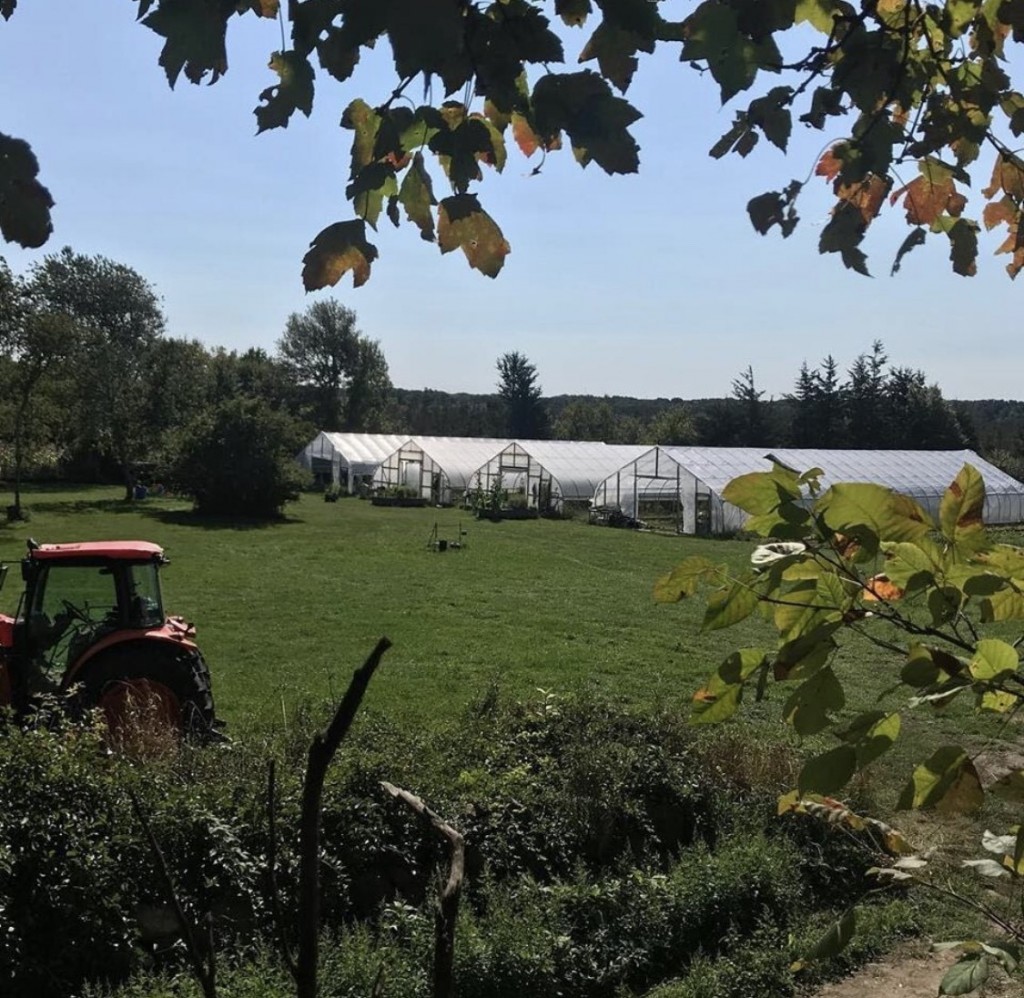