Commemorate the lives of Rhode Island's lost service members at a local parade. 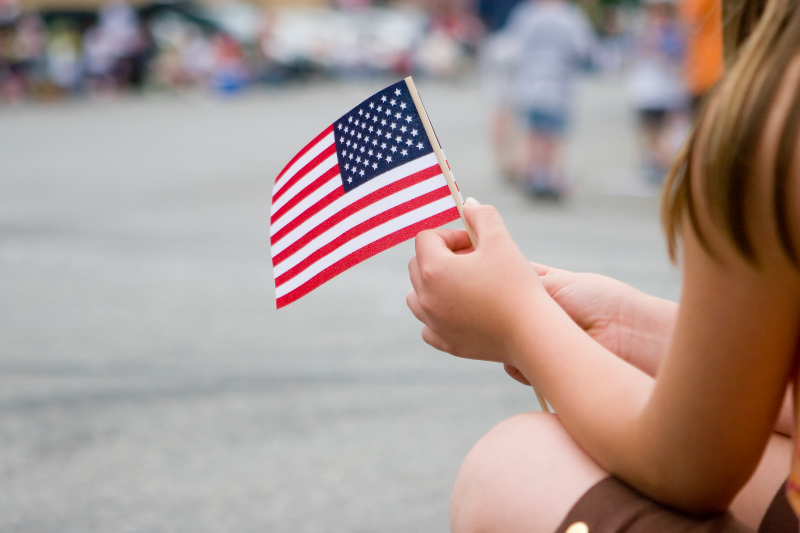 More: Observances during the parade at Cross’ Mills Baptist Church and at Cold Brook, as well as immediately after the parade at the Charlestown Naval Airfield Memorial at Ninigret Park.

What and Where: In lieu of a Memorial Day Parade this year, a service honoring all veterans will be held at the Exeter Public Library.

Where: Led by the “Lone Piper” Aaron Lindo, the parade will step off from Academy Field and wind through the Hill and Harbor District by way of Mawney Street,  then continue to First Avenue (Rt.401) for a brief wreath-laying ceremony at Cliff Street’s World War II Memorial. The parade will next proceed north on Main Street to the Town Hall for closing ceremonies.

More: Throughout the parade, spectators may expect appearances by Police and Fire Honor Guards, Elected Officials, Veteran Dignitaries, local militia groups the Kentish Guards and Varnum Continentals,  multiple marching bands and various local groups showing their patriotic pride. A few new groups are participating for the first time such as the Hill and Harbour Neighborhood Association and Set the Barre Performance Team. The closing ceremonies will include a recitation of the Gettysburg Address.

Where: The parade begins at the corner of Higginson and Smithfield aves and then will travel north to Walker Street, followed by an eastward excursion toward Chapel Street, making a left at the Saylesville fire Station. It will travel north until the route merges with Great Road and continue west until it reaches its conclusion at Chase Farm.

More: The Post Parade celebration will kick off at Chase Farm immediately following the parade and will feature yummy fare from several food trucks as well as live music and entertainment from local performers.

Where: The commemoration of Memorial Day will begin with wreath laying ceremonies on the grounds of Veterans Memorial Park. The annual parade then starts at 10 a.m. along West Main, Brown and Phillips streets and travels through Wickford village and then onto Tower Hill Road (Rte. 1) to the Grand Army of the Republic Memorial on the grounds of Elm Grove Cemetery. The concluding ceremonies are slated to begin at 11 a.m. at the cemetery.

More: North Kingstown Parades Committee member invites all parade attendees and their pets to join him at Wilson Park  to form a special parade unit: “The Dogs of Wickford.”

Where: The annual memorial day parade will launch from North Providence High School’s front lot and make its way eastward on Mineral Spring Avenue before turning north onto Douglas Avenue. The parade will finish at Governor John A. Notte, Jr. Park with a wreath laying celebration.

Where: The parade will start at Hope Valley Fire Station and march along Main Street to the Arcadia YMCA parking lot.

Where: This year’s parade will kick off on Holly Street then turn south onto Main Street through downtown Wakefield and will conclude on High Street at Saugatucket Park. It will feature active and retired military men and women, town leaders, community organizations, South Kingstown and Narragansett school marching bands and public safety agencies.

More: Following the parade, a brief memorial ceremony will be conducted at Saugatucket Park at 11 a.m. Colonel William Babcock, US Army Retired, will serve as Master of Ceremonies, and Bishop Wallace Hazard of the Community Church of God, will offer the invocation and benediction. The Wakefield Concert Band and the South Kingstown High School Band will offer musical performances. The program will culminate with a memorial wreath laying at the Saugatucket Veterans Monument and a memorial wreath toss into the Saugatucket River, followed by an Honor Guard Gun Salute and Taps.

More information can be found here.

Where: The parade will begin at the Pawcatuck Shopping Center and proceed down Route 234 to west Broad Street into Westerly via High Street, ending at the Wilcox Park gazebo.

More: A guest speaker will make a speech at the end of the parade.