Sal Marzilli shares Old Canteen secrets in past interviews. Share your own memories in the comments! 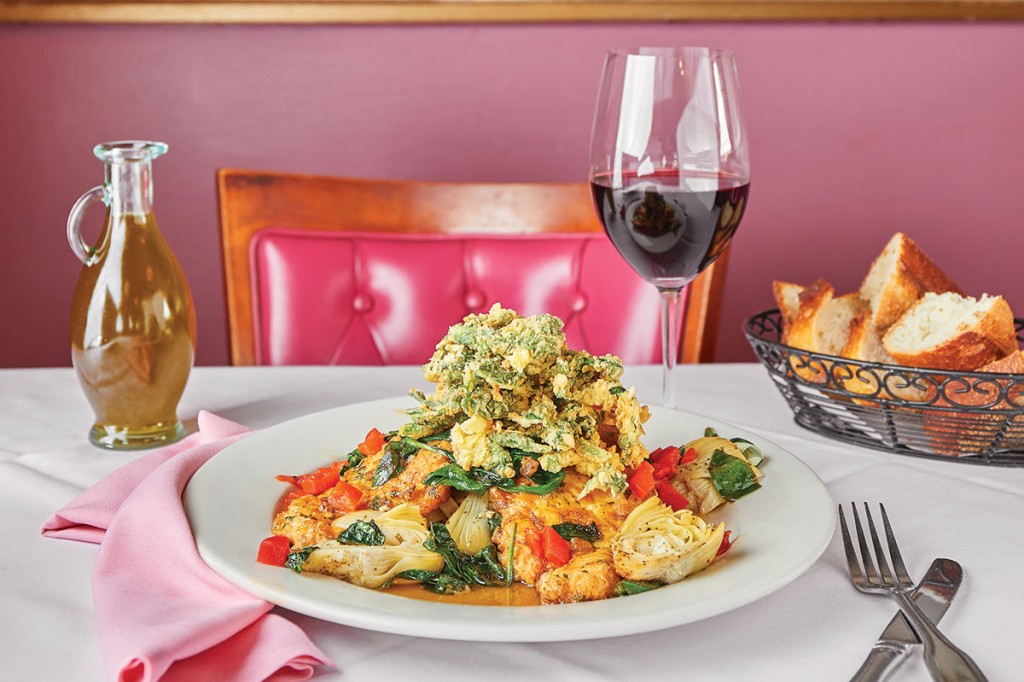 Chicken Francaise at the Old Canteen. Photo by Angel Tucker.

By now you’ve probably heard that the Old Canteen on Federal Hill in Providence is for sale, but that doesn’t definitely mean it will be gone for good. We’re hopeful that someone will buy it and keep it the same just as the Marzilli family has since 1956. Remember how we thought we were going to lose Scialo Bros. Bakery, and then, boom, it was back just like it always has been? Let’s hope the same will happen with the Old Canteen.

The Old Canteen is like a celebrity that never ages; she looks as good as the day she opened with the late Joe Marzilli at the helm. Joe’s son, Salvatore “Sal” Marzilli, hasn’t changed much in the iconic dining room, including the “rose” paint on the walls and all the family photos and artwork on display. The back bar is also like a trip back in time. It’s a place where we’ve all celebrated birthdays, anniversaries, and, for me, a first date with my now husband about two decades ago (I was really impressed that he ate the whole steak a la mama).

Here are some other fun details about the Old Canteen that we have learned over the years.

1. Request Table 5 in the corner window. If you want to channel the late, great Providence Mayor Vincent “Buddy” Cianci, request table five by the window, and order his favorite dish: Sicilian-style baked haddock in breadcrumbs with or without hot peppers. “He spent every election night sitting at that table alone, just thinking and writing notes on the tablecloth,” says Marzilli. “It was a ritual. His mind was always working.” He had a few favorite dishes, including Sicilian baked haddock, lamb chops and roasted veal, and always cold beets. Extra points if you dine solo, just like Cianci often did. 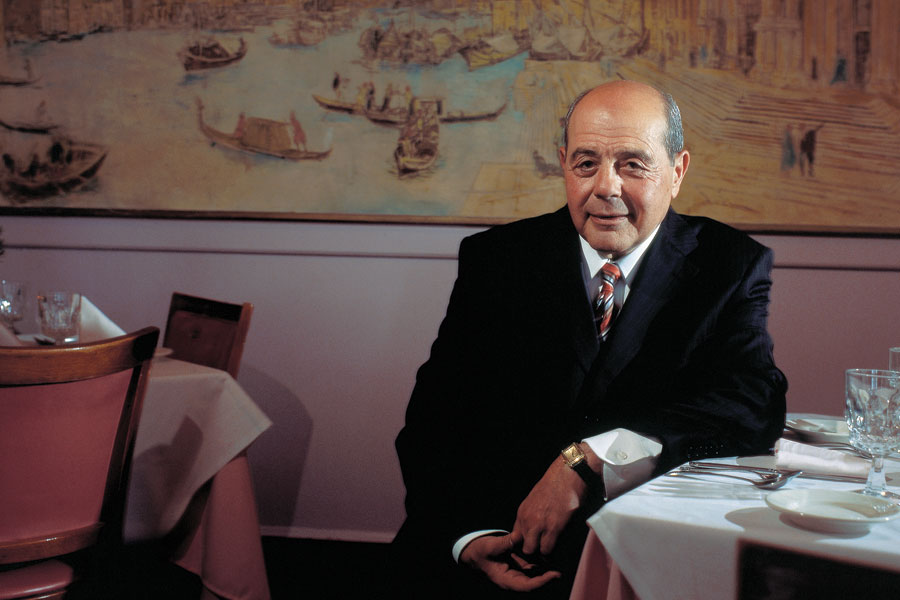 Buddy Cianci at the old canteen. Photo by Dana Smith.

2. Since back in the old days, for an extra $2! you can still turn any meal into a five-course feast. For an extra $2, with any entree, which already comes with a salad or two vegetables and macaroni with sauce, you can add a choice of antipasto, a fruit cup or tomato juice, minestrone soup or soup Del Giorno, dessert and coffee or tea. For dessert, you’ll get a choice of the trademark Jello or ice cream roll, but upgrading to housemade spumoni is a must (although it’s an additional charge).

3. The rose color on the walls is intentional. “There are three shades of rose on the walls. Some people say pink and rose are similar, but no, they are not,” Sal Marzilli said in a previous interview. “I use three different shades, one for the top, one for the wainscoting or chair rail, and a lighter one on the bottom. It’s Benjamin Moore, and we refresh the paint every three years. I take part in it with a professional painting company.” The history of the color goes back the exterior. “It was a rose color when my father bought it, but he painted the outside cream and painted the dining room rose. His reasoning to me was that the color on the wall made everyone’s complexion looks better and it is true. That color makes everyone’s complexion look better, men and women. It’ll always be the same.”

4. The building started with the Brown Family. The building is originally from the late-1800s (1891), and the first use of the property was as a garden house, owned by the Brown family, according to Marzilli. “There were two blocks around the main building where they grew flowers for the main estate,” said Marzilli. Then it was a bottling company where they bottled beer and liquor, he says.

5. Some claim it is haunted, but Marzilli is skeptical. “Someone started a story about hearing things in the home. I’ve had people who wanted to do a stakeout here on the weekend to try to capture ghosts. I have been here forty-five years and never had any feeling in the restaurant, other than my father’s presence here. I am here late at night every day of the week.”

6. You used to have to wear jacket to dinner and would not be allowed in otherwise. Sal Marzilli recounted the tale his father told about the time John F. Kennedy Jr. came to dinner at the Old Canteen: JFK’s shirt was untucked. So, Joe Marzilli politely asked him to go tuck in his shirt. He did, and then sat down to dinner. There also used to be a rack of sport coats in the back, in case a guest was dressed inappropriately for the dining room.

Do you have memories of the Old Canteen. Please share on our Facebook page in the comments!