More Than Just a Label: The Fine Art of RI Beer Can Design

How some notable Rhode Island beers got their names and who's behind the designs. 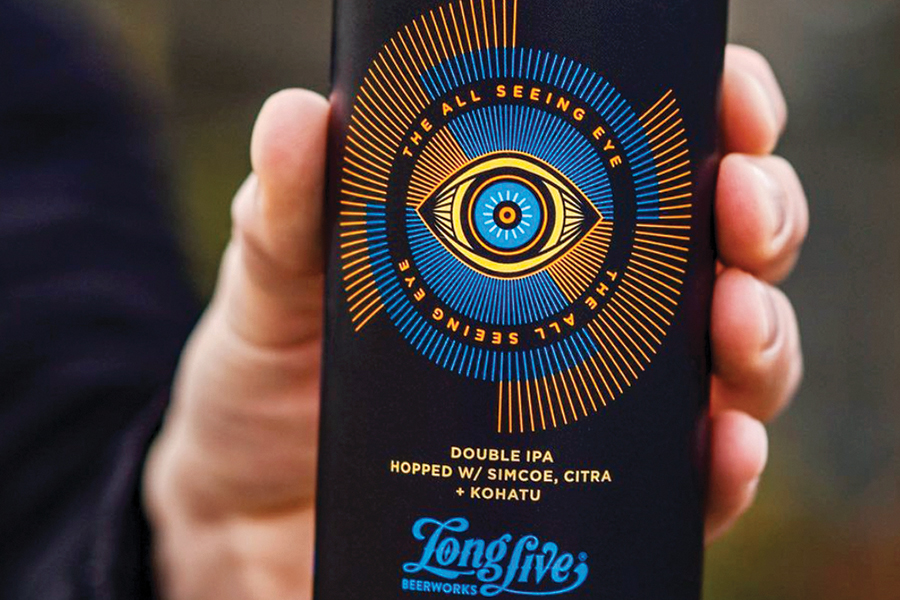 Long Live Beerworks owner Armando DeDona says, “We are often inspired by mysticism and witchcraft. The Eye of Providence [is] in so many places, including the [label of] the All Seeing Eye. We’re not superstitious or religious, but the iconography is compelling and plays into the touch of darkness we like to use to counter our playful nature.”

Long Live’s Black Cat was spawned in the UK. “I went to brewing school in Sunderland, England. The local football team was nicknamed the Black Cats. We had a contest to see whose beer would sell the fastest [at pubs], and Black Cat won by a landslide.”

“A vast majority of our names come from songs and bands that I like: Through These Eyes is a favorite song by Social Distortion. Hopeless Romantic is a Bouncing Souls song. Days Months Years is by Booze and Glory. And all of the artwork is done in-house by Jess deBry, my partner,” DeDona says. 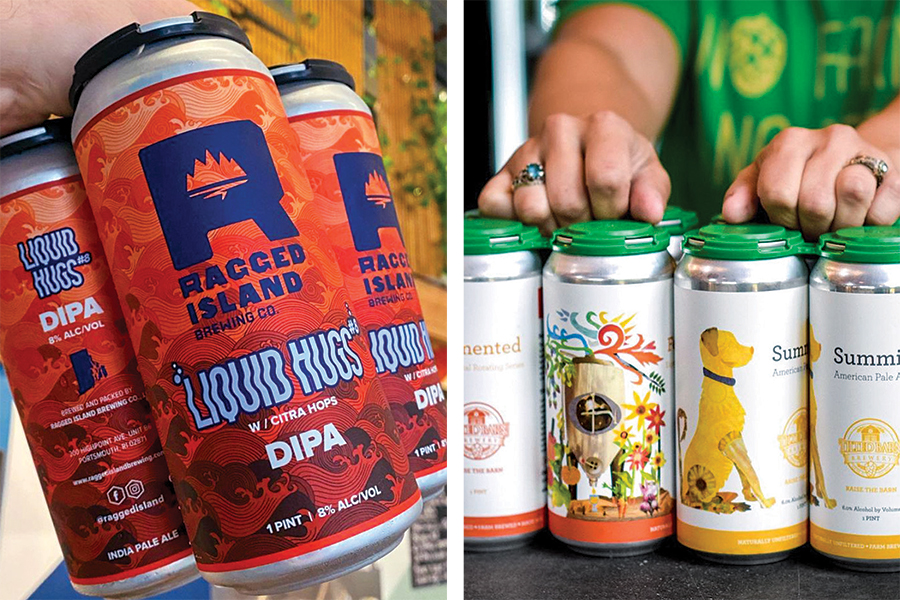 Matt Gray, co-owner of Ragged Island Brewing Company, says the inspiration for Liquid Hugs “came to me at dinner with friends one night. We were discussing some of the crazy names in the market and I said it would be fun to call a beer Liquid Hugs and they all laughed. That was a eureka moment!”

“I like two-word names: Beach Night, Hoop House, Old Boys. Owning the farm [the site of their new brewery] led to Hoop House. Our favorite activity in the summer is meeting up with friends for a Beach Night.”

“My wife, Katie, did the oil painting-style art on Beach Night and Hydrofoil and the watercolors on Aquidneck IPA,” Gray says. “The digital work is handled by our talented friend, Drew Appleton, co-owner of Gray Matter Marketing.”

Tupelo is a black lab and Summit was a yellow lab; unfortunately, Summit passed away last year.”

Music also inspired many Tilted titles: Cactus, Lawn Boy, Stash and Is This Still Lawn Boy? all nod to tracks and albums by Phish, and the Other One honors a fifty-year-old song by the Grateful Dead.

Otis notes that “Kara does all of the artwork. She starts with a sketch, then uses a combination of magazine clippings and construction paper to make a collage. Then she scans it and sends it to her cousin, Erica, who flows the artwork into our label design layout.”