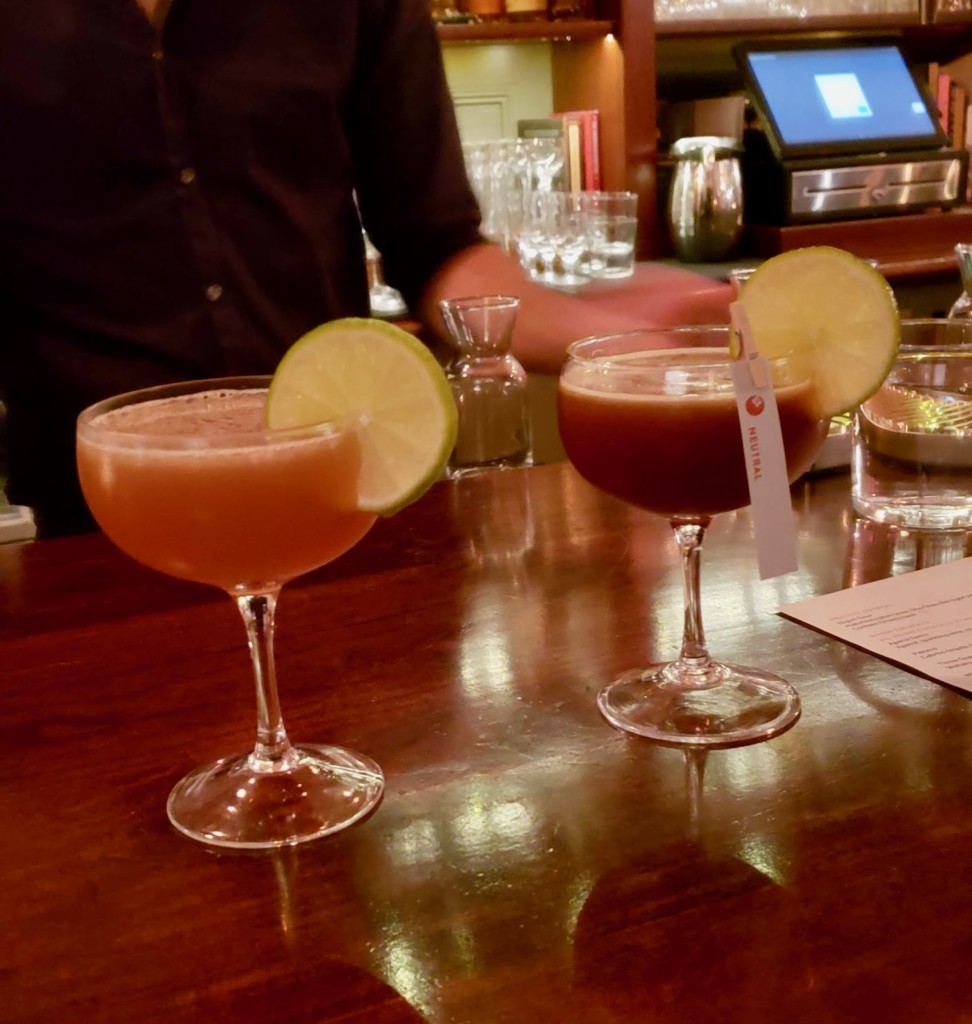 The Three Guarantees and its neutral counterpart at Persimmon.

It’s “Dry January” for many who choose to avoid alcohol for the start of the new year. Thankfully, several local restaurants and bars are recognizing a year-round need for zero-proof cocktails that allow guests to taste similar flavor profiles to full-proof drinks without the hazy side effects.

Persimmon is one of those places, where guests can order any of the drinks on the menu in regular form or the neutral counterpart. The neutral cocktail program is the brainchild of Kevin O’Connor, who has worked at Persimmon for thirteen years, starting at the original Bristol location.

I first tried Kevin’s zero-proof drinks when I was newly pregnant with my son seven years ago. I went to Persimmon for dinner with a group, and let Persimmon owner Lisa Speidel know in advance that I could not have alcohol or certain food items that night (but I wanted to be discreet amongst my dining companions as I was not sharing the news quite yet). Speidel kindly told me about O’Connor’s mocktails and asked if I’d like to try those pairings with my meal. I was thrilled that I could still have the experience of sipping fun drinks while waiting to share my news.

Zero-proof cocktails are becoming a big thing in the bar world. Restaurants and bars are adapting to the needs of all diners, including vegan and gluten-free guests and those with food allergies. Offering non-alcoholic options is a part of that inclusiveness. “It’s something that happened fairly naturally, to have something for everybody without it being a standout or separate menu,” O’Connor says.

Area bars and restaurants that serve neutral cocktails include the Eddy, the Dean Bar, the Dorrance and Dolores, but in many cases, guests still have to ask specifically for a spirit-free bevvy. Ceremony PVD is Providence’s first completely zero-proof bar (and modern tea house), which is very exciting, and the Eddy puts an asterisk next to drinks on its menu that can be made spirit-free. Persimmon posts neutral cocktails on the same menu as the regular drinks, so no one has to feel excluded by ordering off a separate menu. “I took it on as a challenge to have all of our drinks on our list available in either form,” O’Connor says. “We have eight drinks that are either with or without alcohol.”

The neutral program plays off classic cocktail flavor profiles. “Obviously, there are certain things you can’t recreate, like the burn of alcohol,” O’Connor says. “But you can get the flavor pretty close.”

One example is O’Connor’s cocktail, the Three Guarantees, which substitutes jalapeno for mezcal, and prune juice for sherry. “The Three Guarantees is mezcal-based with sherry, jalapeno and lime. In place of sherry, we use prune juice, which tastes exactly like sherry and has the same texture,” he says. “Then the jalapeno masks that burn that you get from mezcal so you have that effect of something alcoholic.”

O’Connor puts his creativity to the test by matching flavors. “I find that you can go someplace and ask for something nonalcoholic and nine out of ten times it’s going to come in a Collins glass with soda water and something fruity,” O’Connor says. “It doesn’t have the same complexity or creativity.”

Now there are eight options for teetotalers. Take the test and try two drinks side-by-side and see if you can taste the difference. 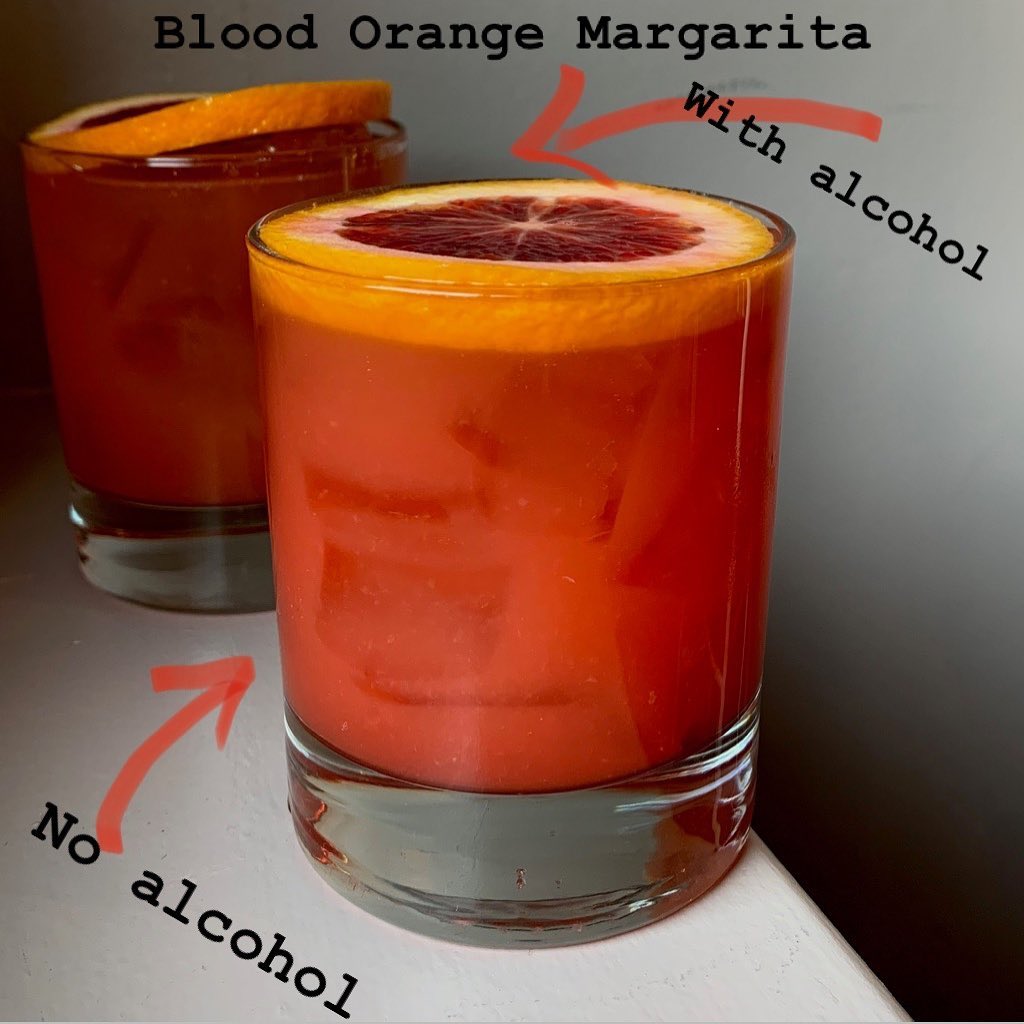 A margarita at Persimmon can be made with or without alcohol.