This Cranston Brewery is a Barbecue- and Beer-Lover’s Paradise

Origin Beer Project and Buttonwoods Brewery are proving brewers (and barbecue vendors) can get along with an-alt prop model. 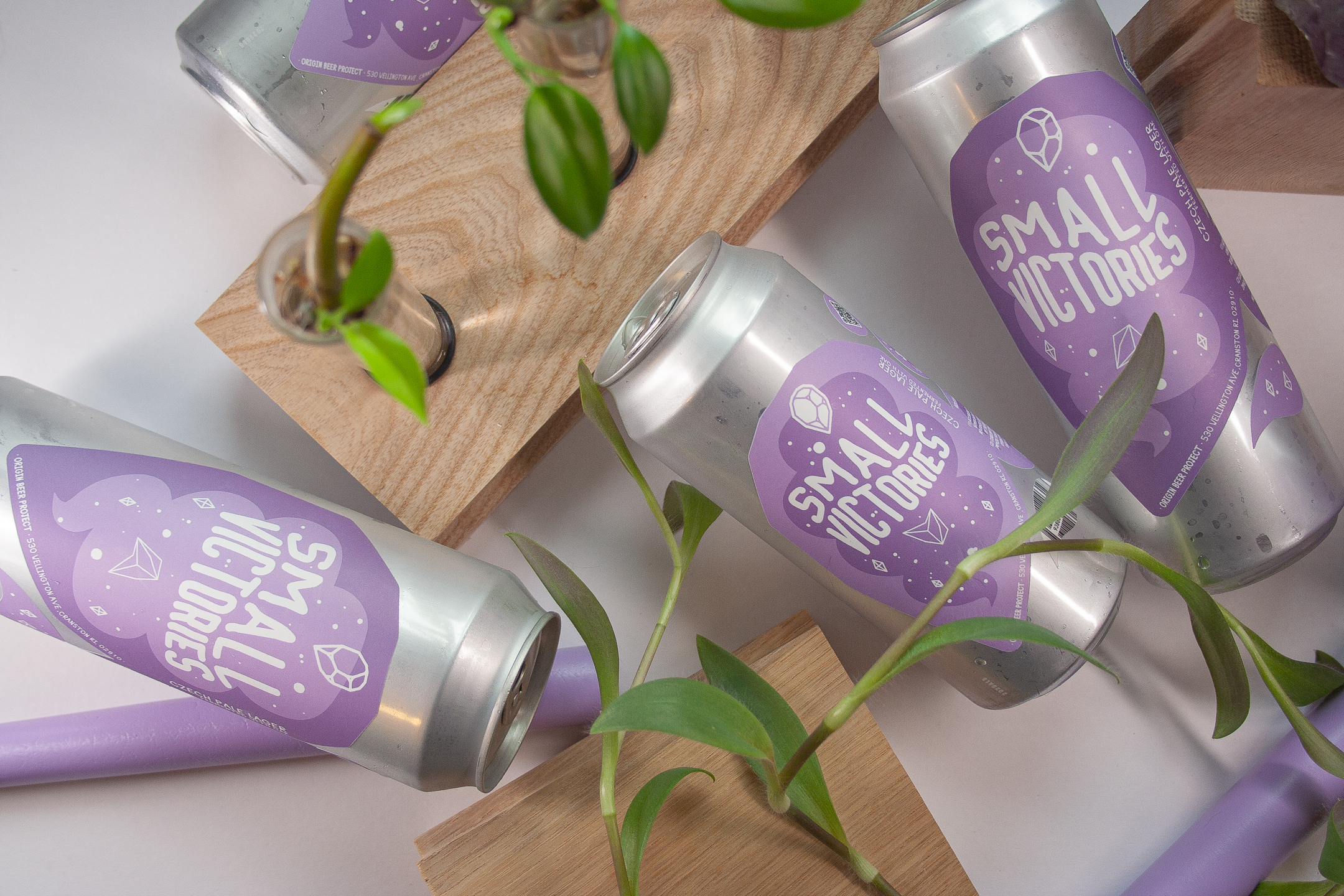 The year 2020 did not go as expected for Cheyne and Erika Tessier.

The husband-and-wife team and owners of Origin Beer Project were hoping to open their brewery in a brick-and-mortar location. Then the pandemic happened, and those plans fell apart.

Instead, the two struck a deal with Buttonwoods Brewery co-owner Morgan Clark Snyder Jr. to open inside the existing Cranston brewery as an alternating proprietorship, or alt-prop, brewery. The unusual but quickly growing model means the two share equipment and taproom space but exist as separate businesses.

“It’s a slow build, but people are understanding what this model is and how it can be good for everybody coming into one space and experiencing more than one brewery,” Cheyne says. “It is still a competitive industry, but at the end of the day, especially for a Rhode Islander, if you can drive to one place and have two different experiences, why wouldn’t you?”

Now two years in, both parties say the arrangement is working well. Visitors to the Cranston taproom can sample Buttonwoods’ traditional beers and then try Origin’s more experimental brews simply by crossing the room to another counter. The most difficult part, Snyder says, is educating customers about the alt-prop model and how the two operate as distinct businesses.

“It becomes that conversation of that’s Origin, that’s Buttonwoods. The hardest thing is education and letting people know,” he says.

Earlier this year, the space welcomed another newcomer when Ian and Morgan Gormley of Our Table Barbecue made it a home base for their Texas-style barbecue operation. Ian cooks the food out of a commissary kitchen in Tiverton and transports it to Buttonwoods on Wednesdays and Fridays, plus pop-up locations other days of the week. Like the Tessiers, Ian says they originally looked at other options but decided to partner with Snyder when they saw the model made sense.

“On paper it’s like a landlord tenant situation, but really it’s like a roommate situation,” Snyder says. “We have our own space, we do our own thing, but we all get together, have movie night and enjoy each other’s company, to use a weird metaphor for that.”

Origin Beer Project was the first alt-prop brewery to open in Rhode Island, but it’s not the only one. Hive Beer also operates as an alt-prop brewery out of Grey Sail Brewing in Westerly. Cheyne says they’ve talked to customers from Oregon who say the model is much more common out West.

Origin’s days in the Buttonwoods space may be numbered, but not because of any landlord-tenant friction. Cheyne says he and Erika are continuing with their plans from before the pandemic and are currently looking for their own brick-and-mortar space. Ian also dreams of owning his own restaurant, though for now, he says, he’s taking things one day at a time.

“Growing as a brand ourselves and growing together and just seeing where we can take it is the focus,” he says. “I would love to keep something small like what we’re doing now, a kitchen within a brewery, but also be able to have a fine dining kind of restaurant. Being able to have different concepts at the same time is my ultimate, big-scheme goal.”