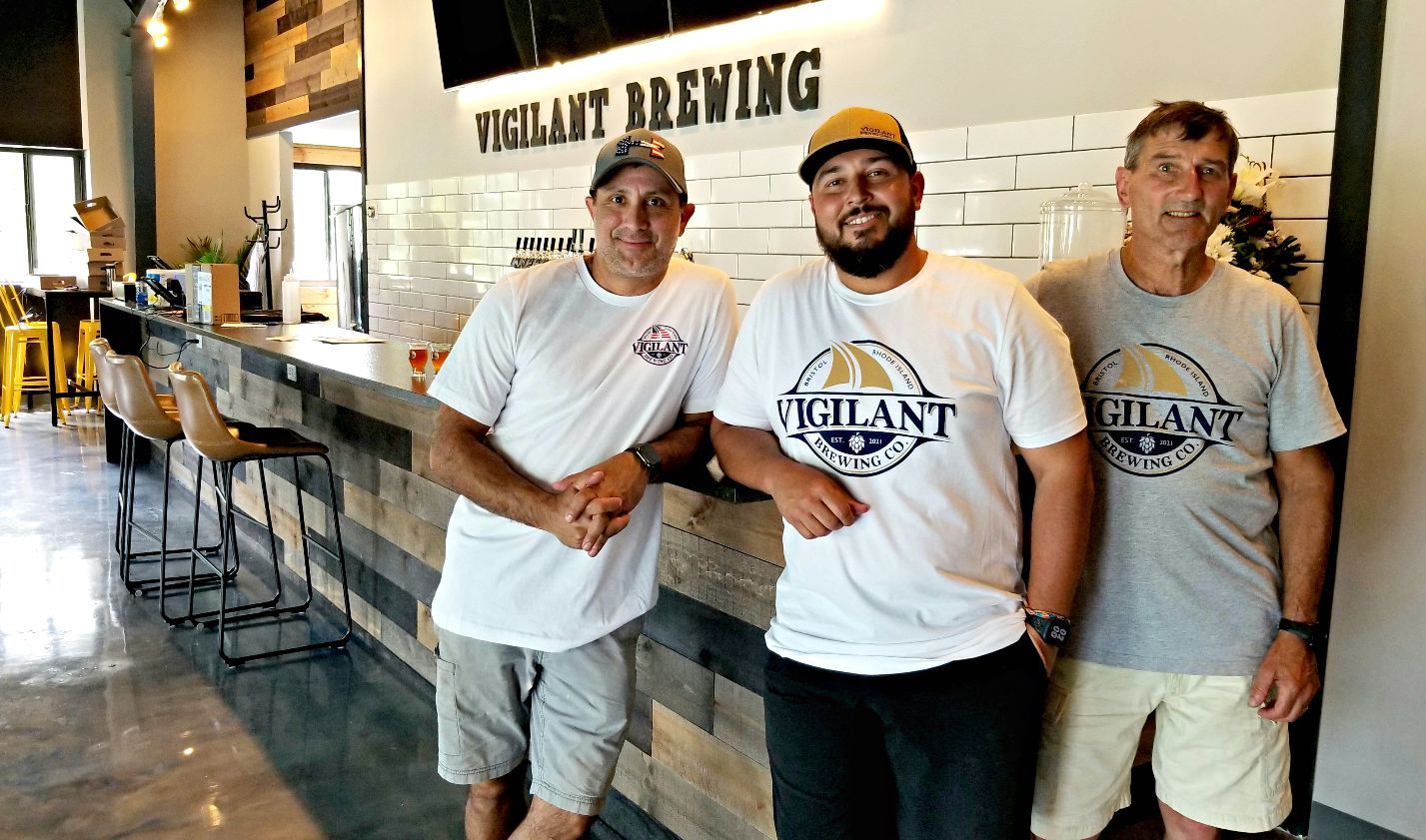 Bristol welcomed its fourth brewery in June with the addition of Vigilant Brewing Company to the East Bay beer scene. Primary owner Kevin Amaral, along with a team of friends and family, officially opened the doors on June 30, just in time for the Fourth of July weekend in the heart of the state’s Independence Day festivities.

“We wanted to keep that (industrial look), but we also wanted a little classier theme. I wanted people to feel like they’re home,” Amaral says about the new brewery’s location in the East Bay Industrial Park.

Amaral is the owner of RGP Dental, an ergonomic chair company that sells primarily to dentists’ offices. A couple of years ago, the company was building out space in the Ballou Boulevard headquarters for a showroom when the pandemic brought plans for in-person chair sales to a screeching halt.

“Maybe it was a sign. My brother-in-law and I brew in the garage with a few of the other guys and I said, ‘How serious are you about this?’” Amaral says.

They bought a one-barrel brewing system to begin experimenting and spent a year testing out recipes with friends and family while they turned the would-be showroom into a taproom. While the vibe plays off the building’s manufacturing roots, the space also features maritime touches, including a vintage buoy poster and other sailing décor. The name pays tribute to Vigilant, the first sailboat designed by Bristol’s Nathanael Greene Herreshoff to win the America’s Cup.

The brewery’s flagship IPA, Windward, is also a nautical nod, though more adventurous drinkers can order it in tropical form, conditioned with mango and pineapple, or try one of the brewery’s other summer-inspired tastes, including the Hermanos Mexican lager or the raspberry sour. Along with Amaral’s brother-in-law, Luis Medeiros, and Medeiros’ brother, Larry Medeiros, the team includes local brewing veteran Chris Drance, Johnson and Wales intern Mike Godet, home brewer John Otero and beer enthusiast Joe Dacosta.

“We’re Portuguese, so we were making wine since we were like five years old,” Amaral says.

Vigilant now joins Pivotal, Six Pack and Twelve Guns Brewing in what’s quickly becoming one of the state’s most bustling brewery destinations. The Bristol native says he wants Vigilant to be a family-friendly space where his own kids as well as others can join their parents for weekend afternoons. His uncle owns Amaral’s Fish and Chips in Warren — one of several food vendors visitors can expect to find at the location — and Amaral says he’s already been approached by two Bristol police officers about booking the taproom for a fundraiser.

“I want this to be part of the community. I’ve been in Bristol my whole life, I love this town, I love the environment,” he adds. 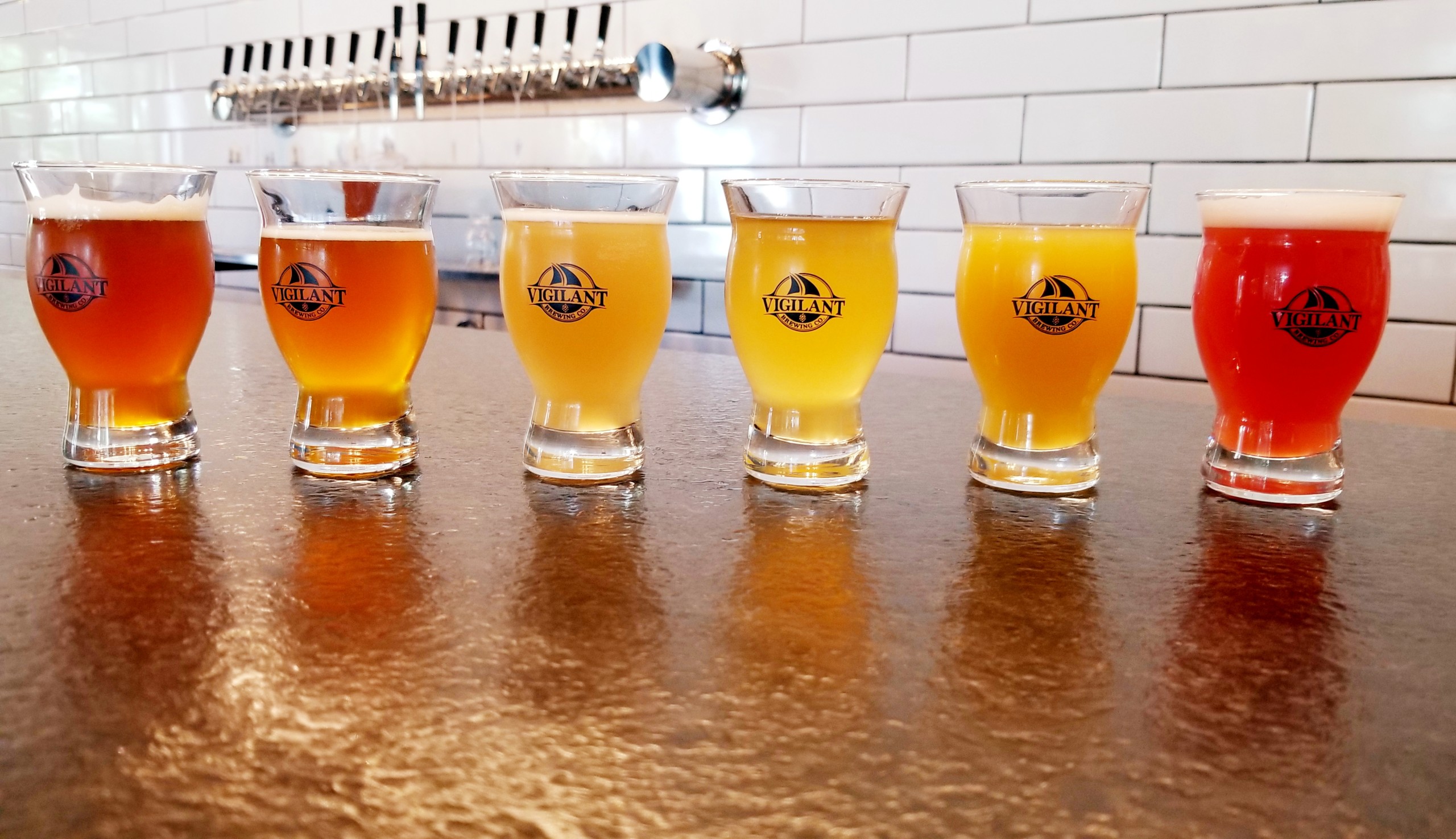 A selection of the beers available at Vigilant.