Narragansett Beer's adopted silky shark is making waves off the coast of Florida. 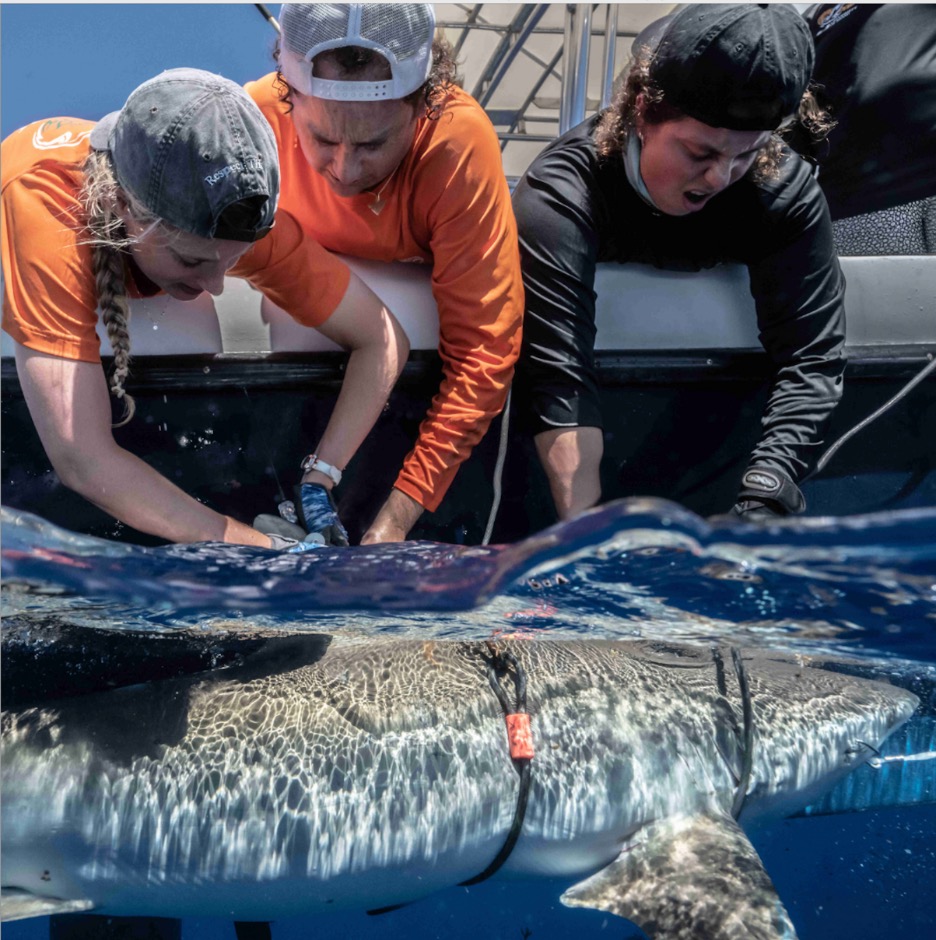 Narragansett Beer has made quite the comeback in recent years, due at least in part to a clever marketing campaign that ties it firmly the 1975 thriller Jaws. Just take a look around the company’s Providence brewery to see how central the film is to the brand’s image with its newer (and decidedly younger) consumers. Pictures of the famous shark sit next to posters urging drinkers to “Crush it like Quint,” and the hashtag has even led to a successful re-release of the classic can design the salty sea captain is seen crushing in the movie.

It’s no surprise that when the 132-year-old company wanted to get involved with environmental philanthropy, they adopted a shark through the University of Miami’s Shark Research and Conservation Program. Quint, named through a bracket contest during the brewery’s Shark Week celebration in July, is a silky shark tagged by SRC researchers in June. Though they typically prefer tropical waters, silky sharks can be found as far north as Cape Cod. According to its tracking information, Quint has spent most of its time in the past two months hanging out off the eastern coast of Florida before traveling into the Gulf of Mexico last week.

“We’ve never had a silky shark go into the Gulf before, so this is extremely exciting to see,” says Chelsea Black, a PhD student and satellite tag coordinator for the SRC program.

Brooke Cure, community manager for Narragansett, says the company was excited to partner with SRC not only because of its impressive track record helping vulnerable species, but also its programs to get youth and underserved populations engaged in scientific research. The group brings schoolchildren onto its research boats to help with shark tagging and provides opportunities for young women through its F.I.N.S. program.

“I felt like it was such a good program because they focus on the conservation and research, but they also do a really good job of involving students. Not only college students, but they actually do a lot of programs for kids who are in high school and middle school,” Cure says.

After announcing the contest in June, the company received dozens of name nominations. Finalists included Steven Sbeerberg, Brews (a play on Bruce and brew), Shark Hellendrung (after company CEO Mark Hellendrung) and, of course, Sharky McSharkface. In the end, Quint beat out Sharky McSharkface for the title, making it the second shark named Quint swimming around the Atlantic — several years ago, Narragansett held a similar naming contest to adopt a hammerhead shark, with Quint also coming out on top.

“It only holds a candle to how appropriate even eight years later that our fans believe there’s nothing better than naming a shark Quint,” Cure says.

So, can anyone adopt a shark and track its movements via GPS? Yes, for a donation of $3,000. The SRC tracking page features more than forty sharks with names like Elon Musk and MC Hammerhead whose donors have funded GPS devices to track them around the coast of Florida and beyond. According to an explanation on the SRC website, most of the trackers fall off or lose battery after a year, so the program only gives a small glimpse into the habits of these amazing creatures.

One more note about Quint — though Narragansett initially thought they’d be adopting a male shark this time around, as it turns out, Quint is actually female. It’s more evidence sharks are not just the fearsome male predators they’re portrayed as in films.

“I think it’s cool that we have a female shark. It’s breaking all the gender boundaries,” Cure says.

We’ll drink to that!

Rhode Island Beer Will Stay Fizzy, For Now (But It Might Cost More)