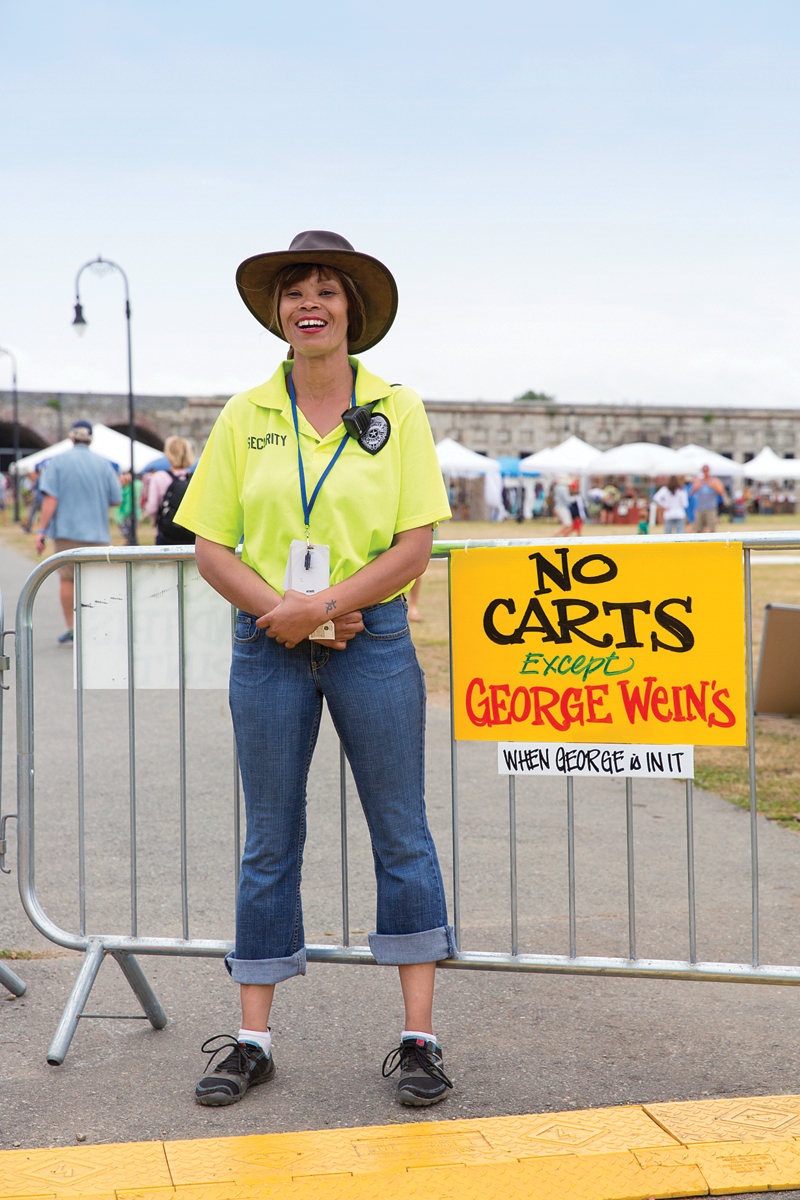 Fresh off two wins at the Billboard Music Awards for the single, “Take Me to Church,” Hozier is one of the festival’s bigger celebrities — especially with the ladies, who crowd in front of the Fort Stage, arms raised, as he delivers a sermon during a 2015 performance.

Crook first met Hozier when he played the festival in 2014, mere months before he skyrocketed to international fame with the release of his first full-length album. And he remembers her. Hozier asks Crook how she feels after working on her feet all weekend. Icy Hot does the trick, she tells him, giving the musician a pat on the arm as he strolls through the gate.

About a second later, a young blond festival staffer runs up to Crook and begs, “Oh my god, can you introduce me?”

But the Gatekeeper has tact. Crook has worked the Newport Folk Festival’s Quad Gate, which leads to a leafy, tented area for performers and their families, for years. She takes her job seriously, blocking the entrance and demanding credentials from every unfamiliar face. 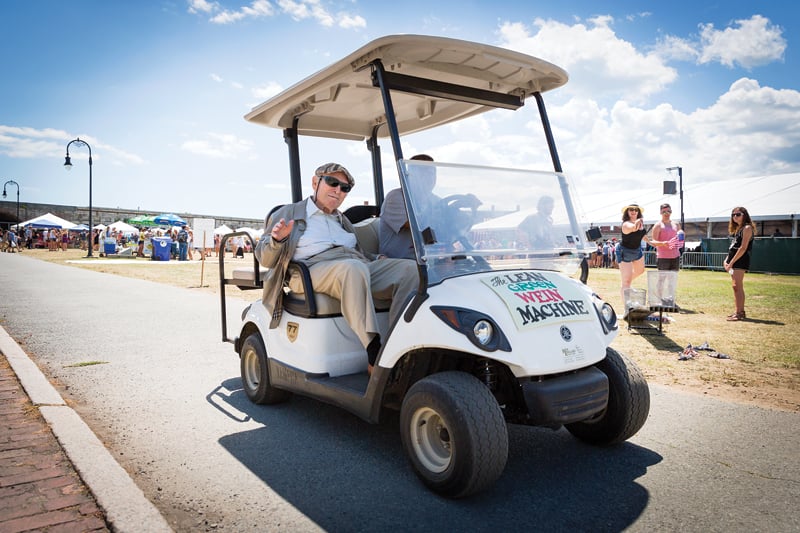 “Unfortunately, in today’s society we have to be vigilant,” she says. “I’ve seen a mother try to throw a ball through so her child would run in, then she could get past me to get to an artist. I told her I’d get a state trooper to bring her child back if I had to.”

Crook looks tough in her mirrored aviator sunglasses and leather bush hat, hands firmly planted on her hips. But at the sight of a backstage sticker or green all-access pass, she flashes a wide, warm smile and asks, “You staying hydrated? Are you wearing sunscreen?”

Safety is Crook’s number one priority — especially because so many Folk Festival families camp out in the shady tent, a refuge from the sun with seating, water, snacks and Del’s lemonade. “They can feel safe because they know nobody’s getting in here,” Crook says. “They can let loose.” 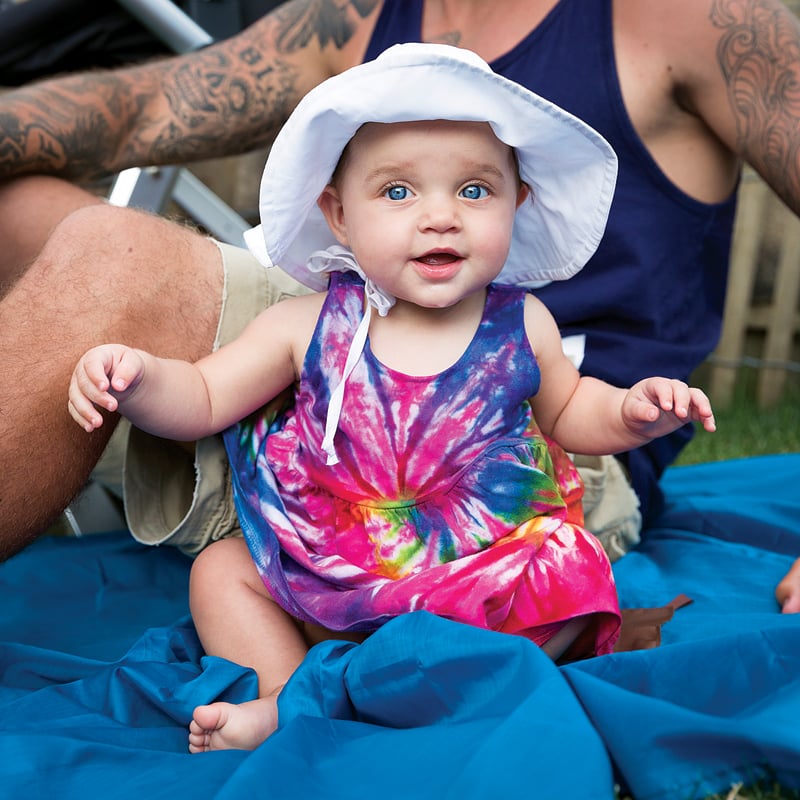 The best part of manning the gate, Crook says, is watching the artists’ families grow over the years. In 2015, she met the infant daughter of Deer Tick front man and Rhode Island native John McCauley and singer-songwriter Vanessa Carlton. The girls were headed over to the Fort Stage to catch McCauley play the Bob Dylan tribute, which marked the fiftieth anniversary of Dylan’s plugged-in Newport Folk Festival set. 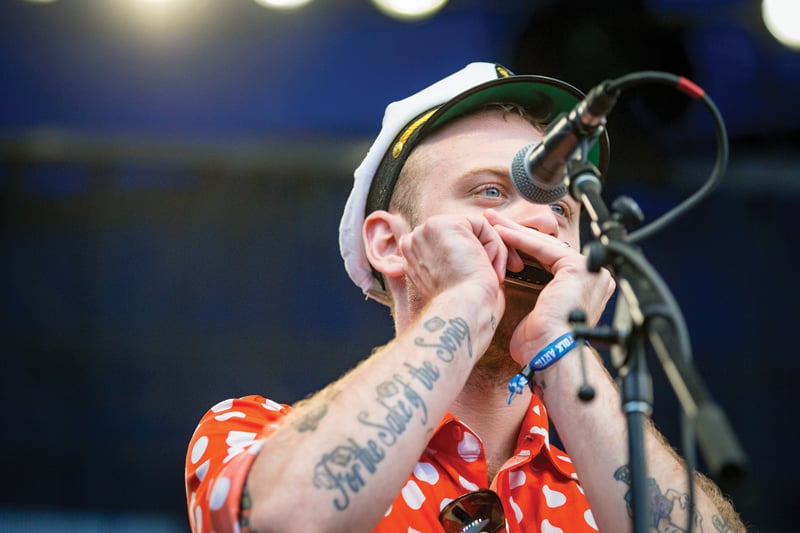 After a number of years on duty, Crook says she’s still holding out for one star sighting. “As a Rhode Islander, I’d like to see Taylor Swift come out to the festival, eat, drink and be merry, come on out and have a good time,” she says. “She can check her fame at the door and let the Gatekeeper tell her where the toilets are, where she can get a massage.”

Crook is as much a Newport lifer as one can be without being born at Newport Hospital. A Navy brat, Crook’s family moved to Rhode Island from Portsmouth, Virginia, when she was just one month old, and she’s never left.

“Like so many of our Newport people, I never came to the festival until I worked here,” she says. “But I love folk music. Emmylou Harris is one of my favorites. She played a few years back, and I asked her for her credentials. She didn’t look the same as on my album cover.”