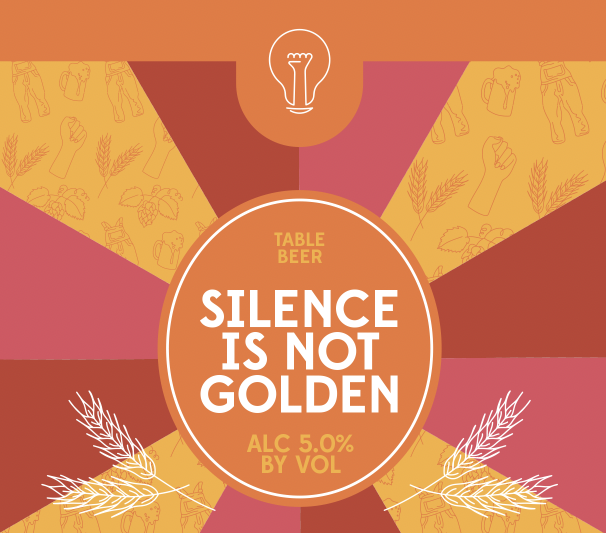 The label art for “Silence Is Not Golden,” a collaboration beer expected to hit local breweries in May.

When Jamie Buscher, Erika Tessier and Lee Lord invited members of Rhode Island’s craft brewing scene to air their grievances about challenges facing women in the industry at a Providence bar last year, they didn’t know what to expect. It was May of 2021, and conversations about gender equity in the beer industry were just starting to take off.

“We had that first meeting, and about 50 people showed up to it,” Buscher says.

A few weeks earlier, Brienne Allan, a brewer at Notch Brewing in Salem, Massachusetts, had set off a firestorm when she posted on Instagram about her encounters with sexism in the industry and asked if other women had experienced the same. The result, an outpouring of stories and exposés, has been likened to brewing’s #MeToo movement and led to changes in harassment policies and diversity efforts at top breweries around the country. Though Rhode Island mostly stayed out of the spotlight as stories about the industry’s worst offenders emerged, local beer professionals took it as their cue to double down on efforts to make the Ocean State’s craft beer industry welcoming for all. 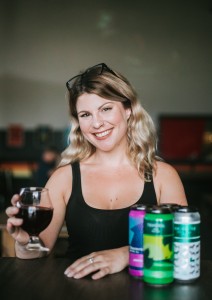 Eight months in, those efforts are paying off. Buscher, who works as a brand development manager at craft beer distributor Craft Collective in Warwick, is one of the organizers behind the Rhode Island Inclusion, Diversity, Equity and Action (RIDEA) in Craft Beverage Committee, a group that’s in the process of converting to official nonprofit status. They recently launched a scholarship with Johnson and Wales University to help increase diversity and gender equity in the industry. The scholarship is open to students in the college’s brewing, sommelier and beverage management programs, and candidates from diverse backgrounds are encouraged to apply.

“We hope to give out the first amount of money to a student this fall,” she says, adding they plan to award two $2,500 scholarships.

To raise funds for the scholarship, the group is organizing a collaboration beer expected to hit Rhode Island breweries in May. “Silence Is Not Golden” is a 5.0-percent-alcohol table beer celebrating the new movement toward openness and equity in craft brewing. The recipe, developed by students at Johnson and Wales, will be distributed to local breweries, with a portion of the proceeds supporting the scholarship.

The group is also organizing a craft beer festival celebrating brewers from different backgrounds. While all Rhode Island breweries will be able to participate, the festival, scheduled for May, will highlight women, LGBTQ and brewers and owners of color, and all participating breweries will be expected to develop and post their codes of ethics online.

“The next plan once we get a little further ahead with the craft beer festival and the collab beer, we are working with a couple local sexual harassment prevention experts to kind of create a program that breweries can sign up for for free,” she says.

Other, smaller events will fill out the fundraising schedule, including a March event at Hera Gallery in Wakefield and a home brew competition at Moniker Brewery in Providence on February 26. 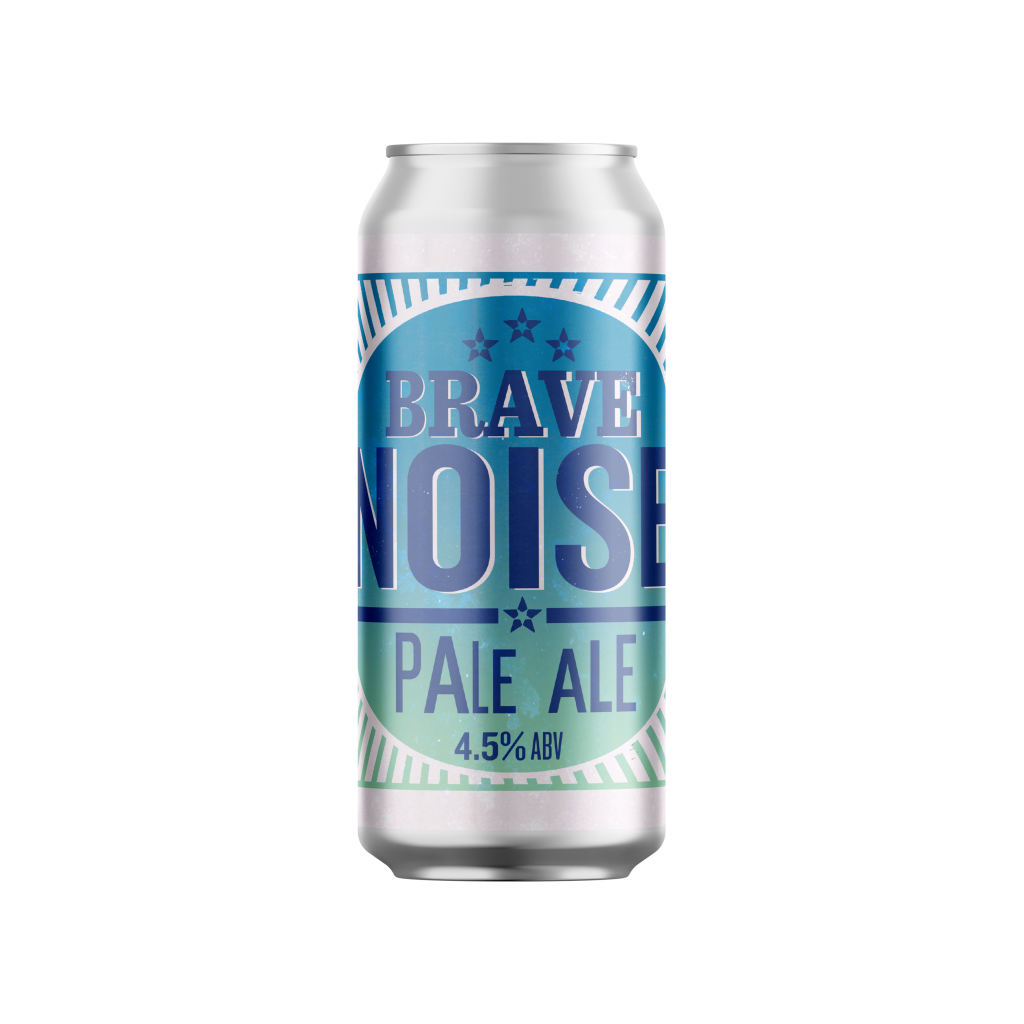 Brave Noise is available at Moniker Brewery and Mews Tavern.

Over at Moniker, co-founder Bryan Benedict and his team have been working on another collaboration to support equity in the brewing industry. “Brave Noise,” a pale ale that will go on tap at the West End brewery this week, is part of a nationwide collaboration to continue the movement started by Allan last spring by supporting local nonprofit organizations and encouraging breweries to post their codes of conduct. Following in the footsteps of breweries like Newport Craft and Proclamation Ale Company, which have also released Brave Noise collaborations, Moniker has posted its anti-harassment/discrimination policy on its website and is donating a portion of the beer’s proceeds to the Blackstone Valley Advocacy Center. The organization provides services to victims of domestic and sexual violence as well as education in the Blackstone Valley area.

As the owners of a small brewery, Benedict says, he and his partners were not initially thinking about a code of conduct when they opened Moniker mid-pandemic last year.

“This forced us to think about that and realize it was super important, first and foremost,” he says. “Moving forward, we can make sure we hold ourselves accountable through our own policies.” 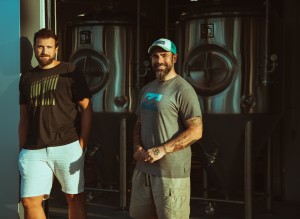 To reach a wider array of customers, Moniker is partnering with Wakefield’s Mews Tavern, which will serve Brave Noise on tap. A portion of the proceeds from both the brewery and the restaurant will go toward the Blackstone Valley Advocacy Center. Moniker is hosting a fundraising event next Friday, February 11, with 10 percent of proceeds from all sales going toward the center. Customers can also donate when they cash out in the taproom.

“Rhode Islanders don’t like to travel too far, so having something in South County, having something in Providence are two different opportunities for people to enjoy the beer and help raise money for the Blackstone Valley Advocacy Center,” Benedict says.

With so much going on in the world of gender equity in craft brewing, Buscher says she’s hopeful for the months ahead. Though Rhode Island already has one of the more inclusive brewing scenes she’s seen, she says, the industry still has work to do.

“Sometimes it feels like our work is an uphill battle, but I’m proud of us and I think we’re going to do a lot, especially for a first-year group trying to get stuff done during a pandemic,” she says.