The West Side brewery has an outdoor beer garden with heaters and local craft brews for all types of beer lovers. 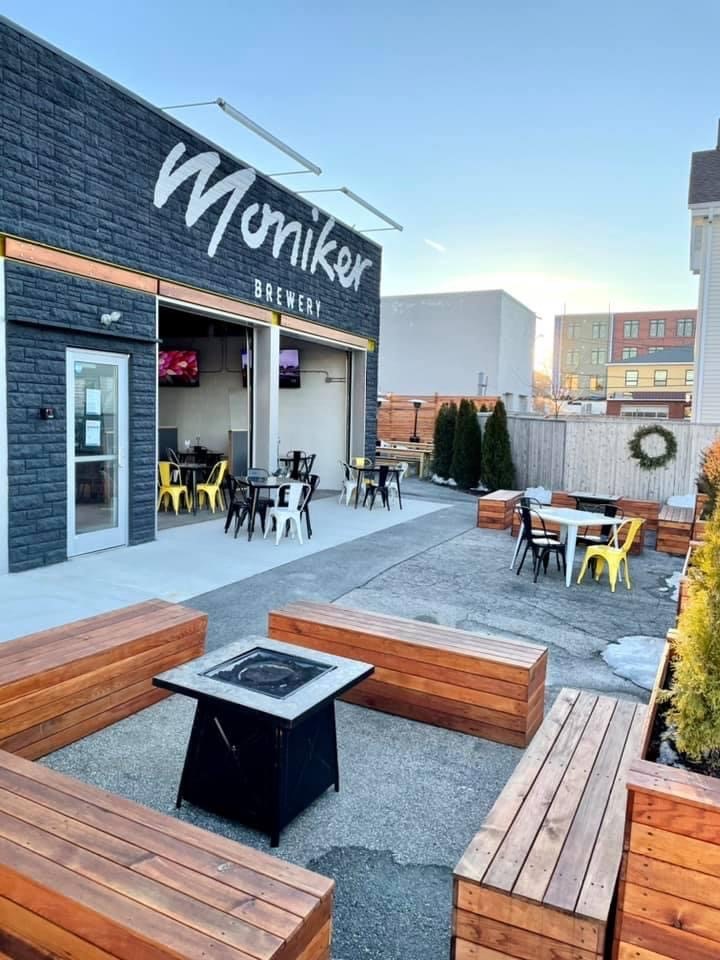 It wasn’t supposed to be this way, but here we are. Inside a former auto body on the West Side of Providence is Moniker Brewery, which just opened in January after nearly two years of planning. The beautiful building with concrete floors and a contemporary design is warm and inviting with an art gallery-like atmosphere and garage doors that will open wide in warmer weather. The back corner table was built to be welcoming for the community; a place where different parties of strangers could gather inside and strike up spontaneous conversation.

“We wanted the brewery to have a cafe feel, where you and your husband would come in, grab a beer, and me and my wife would be next to you,” says Moniker co-owner Bryan Benedict. “It would be more of a gathering place, same thing with outside.” 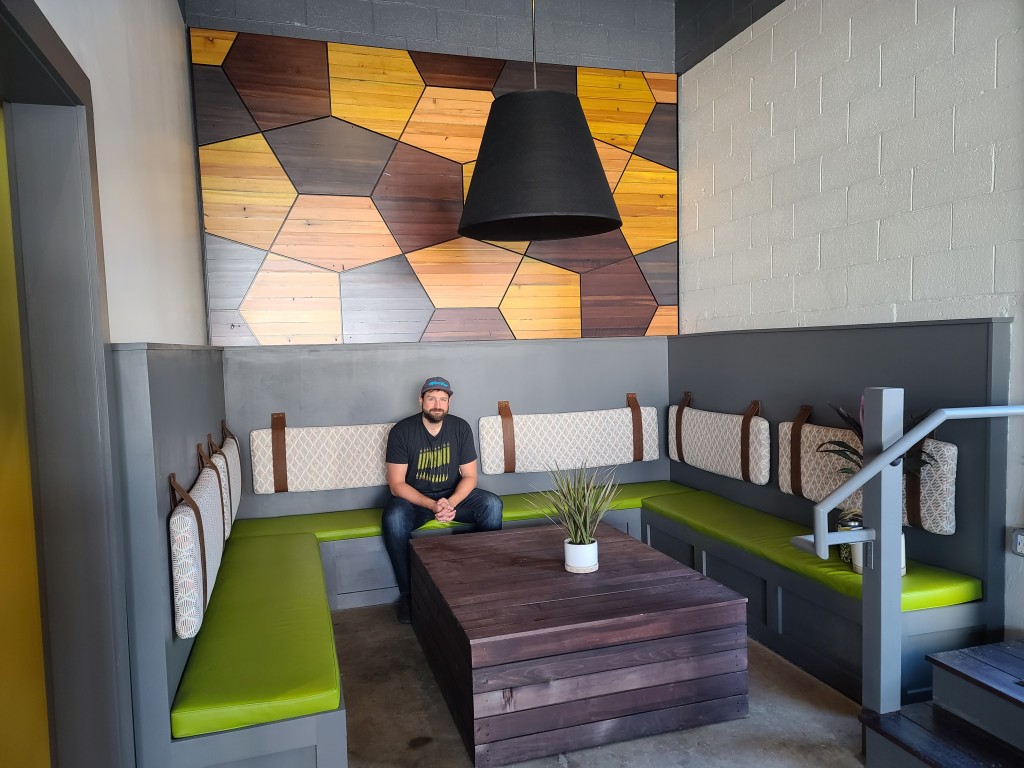 Instead, it’s the dead of winter when a visit brings me to the brewery after six inches of fresh snow fall in the city. Benedict recently snowblowed and shoveled out the beer garden, where nearly a dozen wooden communal tables with benches and propane heaters welcome guests hardy enough to brave the cold for a few pints of local brews. That snow has now pretty much melted away and spring is just a few short weeks away. Moniker is also open indoors, but tables are more spread out rather than inspiring that communal atmosphere (as they have to be). Thankfully, despite the challenges over winter and with the pandemic, community is already sprouting like spring. Benedict has noticed neighborhood regulars and medical workers coming in for celebratory pints and guests are more than happy to bundle up for the beer garden, which has the vibe of an apres ski lodge.

“What really surprised me is how vibrant the community around here has been. We have twenty regulars that have been here three or four times,” Benedict says. “Our number one goal was to be a place for the neighborhood to gather, and it looks like that’s already starting to happen.”

Moniker Brewery is a team effort. Benedict previously worked for Horizon Beverage as a craft beer manager and director of sales for Beer’d Brewing in Connecticut, and now he handles sales and marketing for Moniker. He recruited reknowned brewing consultant Jeff Goodno as a co-owner and director of operations, to tap into his more than fifteen years of experience from opening breweries and developing recipes for Taproot in Newport, Victory Brewing in Pennsylvania and SOME in Southern Maine, among others. They also hired Ben Estes as head brewer, who previously worked at Proclamation and the Guild in Pawtucket. Two other partners join the team, Ted Pease and Jean Lombard, who have been instrumental with detailing infrastructure, understanding tax laws and contributing other skills.

The team has created brews for all beer lovers. There’s the bold and juicy Gravities Rainbow IPA, the Hypercaffium Spazziante coffee porter, the Winter Warmer amber ale brewed with cinnamon, mulato peppers and lactose and a German pale lager, plus others. “Our goal is if you walk into this place, there will be a beer for you. We are going to try really hard not to jump on singular trends,” Benedict says. “When you come in here, we’re going to have light to dark, crisp to hoppy, and try to provide as much variety as we can.” But they definitely want to brew more German styles. “We have lagering tanks, which is pretty unique to us right now,” he says. “German-style beers are Jeff’s passion.” 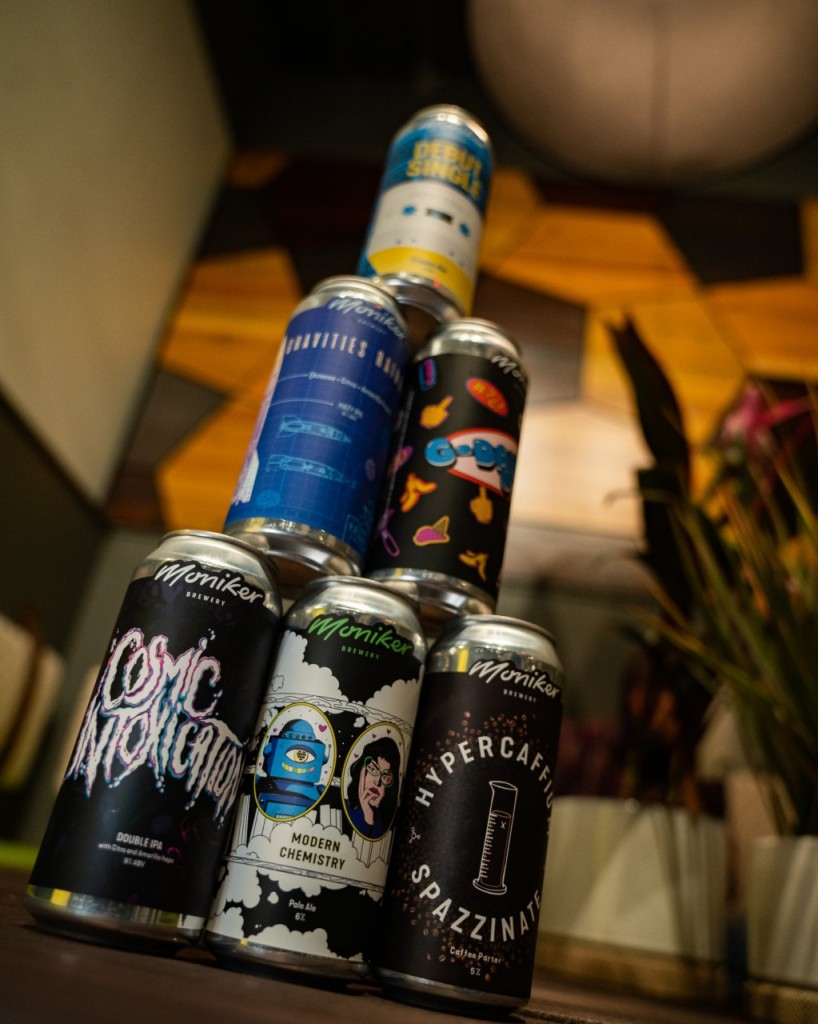 They’ve teamed up with nearby fried chicken restaurant, Bucktown, to offer food to guests and they plan to partner with other food businesses too. “They can’t have people sit down over there because it’s so small, so it made sense to team up and use our tables so people can spread out,” Benedict says.

The look and feel of the design of the space is different too. It’s more contemporary, rather than rustic. A beautiful focal point is a wall filled with a grid of portraits illustrated by Persimmon dining room and bar manager Kevin O’Connor (@bar_illustrated). He drew hospitality industry workers wearing masks for a series that started and continues during Covid-19 when they are being challenged on the frontlines at restaurants and bars like never before. One look into their eyes and a picture tells a thousand words. 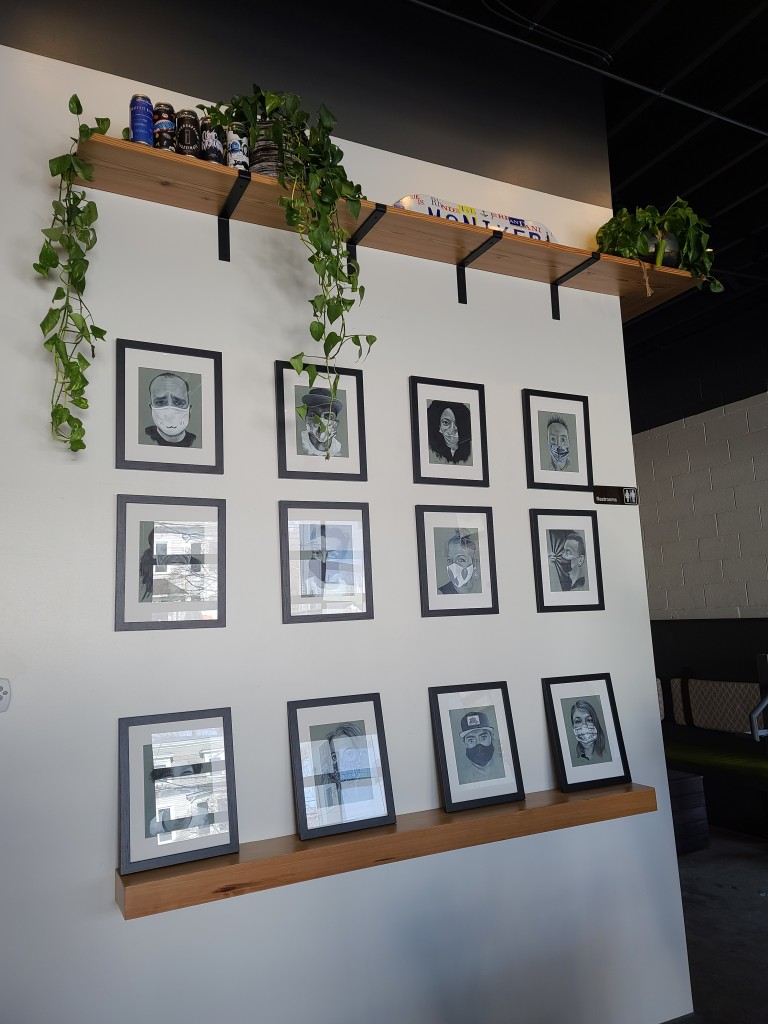 Portraits of members of the local hospitality industry by Kevin O’Connor are displayed inside the brewery.

The back wall of the brewery and the backbar also feature gorgeous reclaimed wood sculptural murals created by Rumford company, Ark Wood. The artwork almost looks like honeycomb and it’s a precursor of the hive of activity that will soon take place inside these walls.

“We have lots of collaborations planned while we’re waiting for the world to return to normalcy. We are hoping for an early spring and shorter winter,” Benedict says. “I can’t wait for all those good problems of ‘how many people do I need to staff?’ or ‘We’re running out of beer, what are we going to do?’” 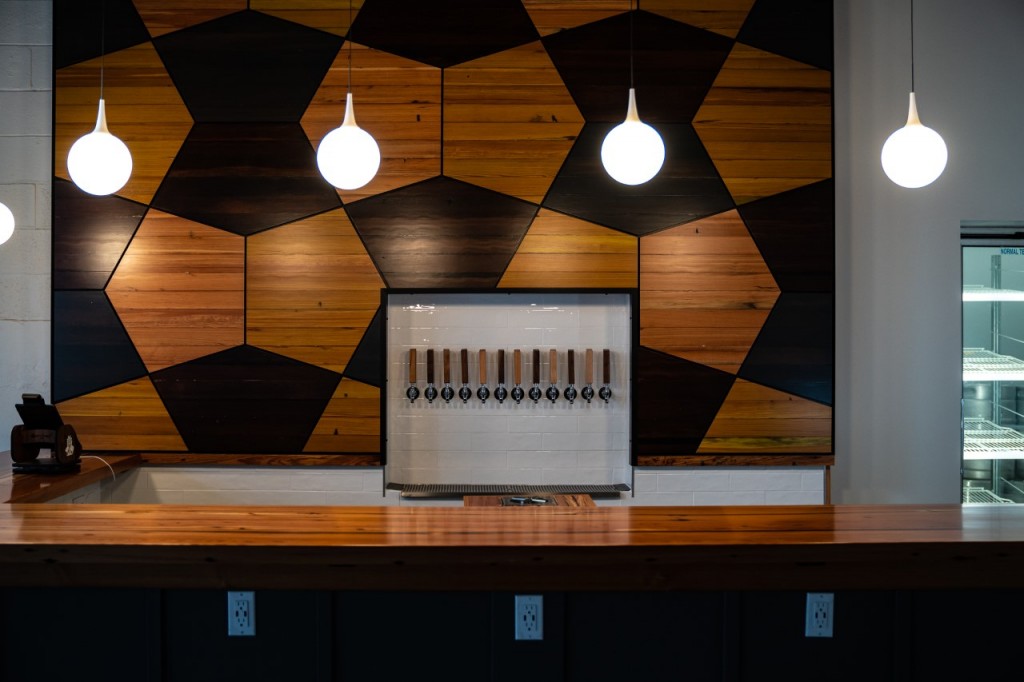 The backbar at Moniker Brewery.

7 Spots in Rhode Island to Dine in an Outdoor Igloo