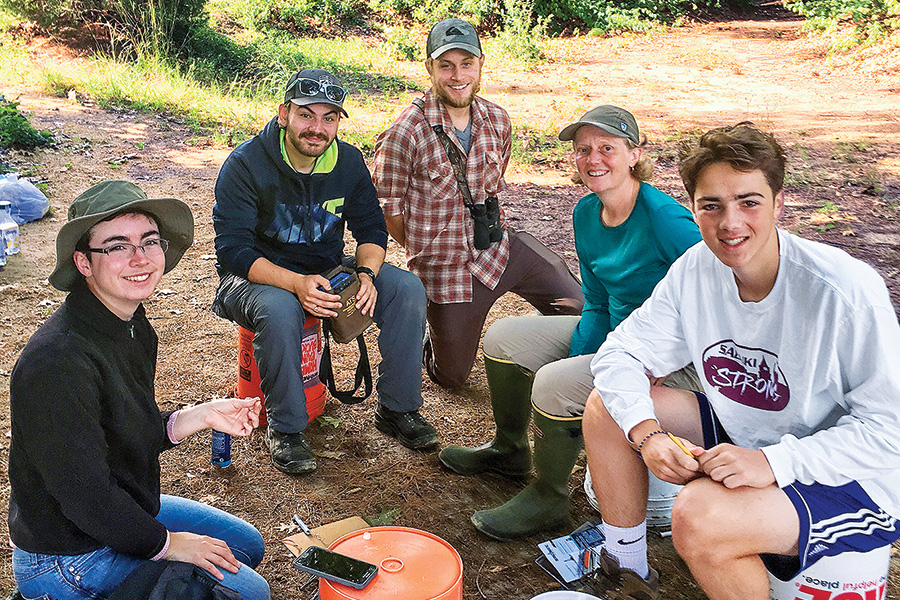 A team of volunteers at Hundred Acre Cove. Photography by Nora Lewis, URI.

Decker hopes her master’s thesis will explain where the hatchlings spend their first winter, an element of their life cycle that remains a mystery to scientists. Most are thought to bury themselves in the soil and leaf litter between their nest and the marsh. Yet no one knows for certain.

“We don’t know how the hatchlings make their choices of where to go, Decker says. “We don’t think they eat much until spring, so they must be running on fumes. But they know what they’re doing, since they’ve been doing it for thousands, if not millions, of years.”

When she has questions about her research, Decker seeks advice from Karraker, who she calls “my dream adviser.” Born at the Grand Canyon and raised at several parks, including Yosemite, where her park ranger father was assigned, Karraker was enthralled with reptiles and amphibians from a very young age. She started her career studying frogs and turtles in China, Thailand and Indonesia before joining the URI faculty in 2012 and becoming involved with the terrapin project two years later. 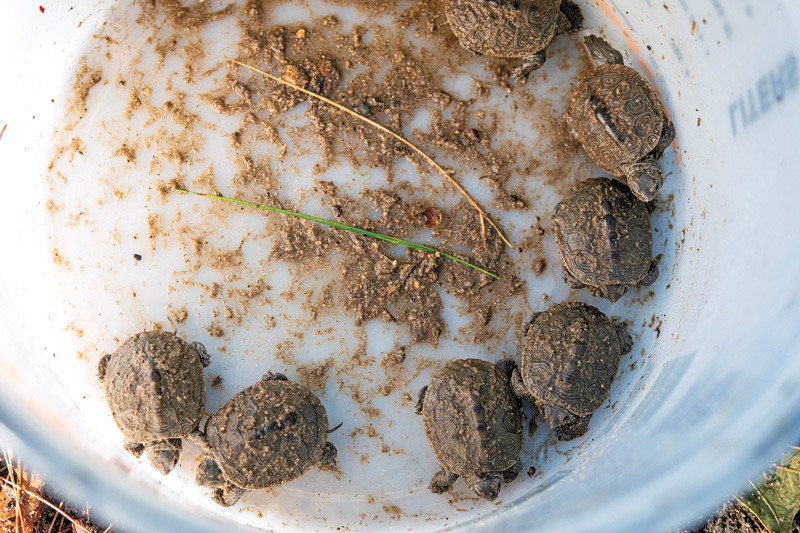 Karraker occasionally helps with the nest and hatchling monitoring in Barrington, but mostly she advises the project leaders to ensure that their efforts are scientifically rigorous, recommends the use of new monitoring strategies and technologies, and encourages her students to get involved.

“What’s inspiring to me about the Barrington project is that you’ve got this thirty-one-year effort initiated and led by community members, many of whom have no background in biology, just people who love nature and care about the land they live on and the ecosystems and species there,” she says. “The most important thing is that the broader community knows about this species and how precious it is to have it there.”

When the time comes for the current project leaders to step aside and let a new volunteer take the reins, no one will be surprised if it’s another woman.