Lies, War and a Fake Identity: Mark Arsenault’s New Book About a Former ProJo Editor Has It All 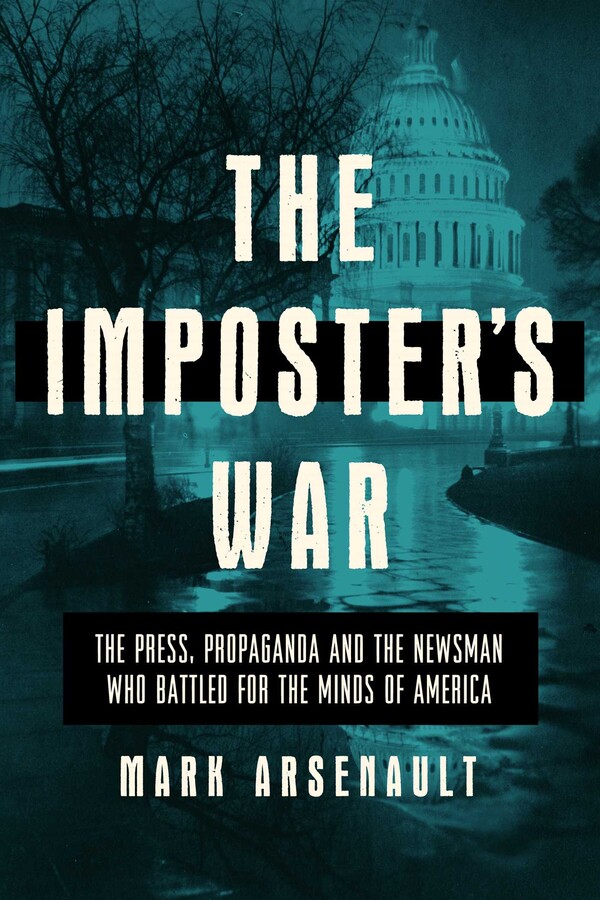 In the mid-1910s, readers around the country anxiously awaited the arrival of their morning Providence Journal and its coverage of the war raging on the other side of the Atlantic. The stories, republished in newspapers around the nation, featured wild accounts of German spy plots and wartime espionage meant to lead the United States astray. These clippings would eventually influence the country’s entry into World War I, galvanizing public opinion on the side of the Allies.

The sensational scoops were the work of John Revelstoke Rathom, a onetime Providence Journal editor hiding his own secret past. Though Rathom’s stories graced front pages across the country, the façade of the patriotic newspaperman would eventually begin to crumble. Mark Arsenault, a former Providence Journal reporter now writing for the Boston Globe, recounts the strange tale of this would-be journalistic hero in The Imposter’s War: The Press, Propaganda, and the Newsman who Battled for the Minds of America. The book is due out from Pegasus Books next week.

So who was John Revelstoke Rathom? 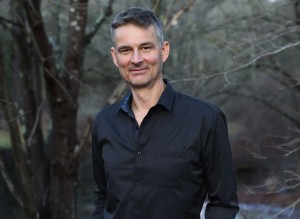 To find out exactly who Rathom was or what he did, you’ll have to read Arsenault’s book — the official launch party takes place at Books on the Square next Tuesday, April 5, at 6 p.m. — but history gives us a brief primer. Rathom worked as a reporter in western Canada before making his way to the United States, leaving just ahead of police coming to arrest him for extortion. He was working as an editor in Astoria, Oregon, when he was fired for soliciting bribes from the subjects of his less-than-glowing profiles.

“He would write unflattering stories about people and bring them a copy of that story and offer to smooth off the rough edges for a fee; or, for a larger sum, just to squash the whole piece,” Arsenault says.

The scandal did little to damage his professional reputation, and Rathom soon found himself hightailing it out of San Francisco, this time following an attempted murder plot involving his wife and lover. He made a name for himself at the Chicago Herald, but that gig ended when it was discovered he was secretly writing railroad propaganda. Finally, this writer with a blurry moral compass seemed to find a city to suit his style. He applied for a job at the Providence Journal in 1906, and by 1912 had moved up the ranks to top editor.

Arsenault first came across Rathom’s story during his own days at the Providence Journal. In 2004, the Journal celebrated its 175th anniversary, and Arsenault and other staffers were assigned to dig into the newspaper’s history. He found the former editor’s name while reading his predecessors’ work for the 150th anniversary in 1979.

“Those guys fell into the Rathom vortex really hard and had discovered that there just seemed to be no way he was born under that name,” he says. “He had to be an imposter. Of course, I was swept up in that, and I thought he was a fascinating character.”

In the early years of World War I, Rathom published outlandish tales about German propaganda that kept American audiences on the edge of their seats. The stories came mainly from Allied intelligence sources, but Rathom later claimed he had his own network of undercover operatives ferreting information out of German spies, a fib that put him at odds with the U.S. government. Federal officials eventually forced him to admit to the lies and sign a document acknowledging the fabrication.

“There used to be a very high price paid by public liars in this country,” Arsenault says. “If you were known to be a public liar, you were destroyed and your reputation was ruined. And now, today, we don’t punish public liars. Not really. And so, as a consequence, we don’t know who to trust.”

Though Rathom’s methods were admittedly unorthodox, Arsenault cautions against seeing this reporter’s story in black and white. After years of researching him, Arsenault says he’s come to appreciate Rathom’s achievements alongside his faults, including publishing stories on crucial, war-related developments, many of which proved accurate. In a recent opinion piece for the Globe, he even went so far as to defend Rathom as a free speech martyr, pointing to the government’s role in silencing this unruly writer.

“Obviously he’s not a perfect person, but I have a lot of admiration for what he was able to create,” Arsenault says. “He started at zero more so than anyone else, because he created a new identity and started at that identity and became one of the most famous people in the country.”

The book has plenty of lessons for today’s audiences, including the recurring role of foreign governments in trying to influence United States affairs. While foreign operatives no longer have to get on a boat and travel to the United States to sow the seeds of deception, Arsenault says Germany’s actions are comparable with Russia’s meddling in the 2016 election or its attempts to spread disinformation about the war in Ukraine. Rathom’s story also offers plenty of lessons about identifying falsehoods, which Arsenault doesn’t think we’ve gotten any better at as a society since 1917.

Along the way, readers can get a glimpse of Rhode Island’s outsize role in early-twentieth-century world affairs and read about the beginnings of a then up-and-coming politician named Franklin Delano Roosevelt. Arsenault, who refers to himself as an “honorary Rhode Islander,” says he enjoyed digging into the state’s past during this pandemic-era project.

For those looking to learn more about how he uncovered this little-known piece of Providence history, Arsenault will be at Books on the Square in Providence next Tuesday, April 5, at 6 p.m. for the official release. The event includes a discussion between Arsenault and journalist Mike Stanton, who’s covered his own batch of colorful characters as an author and writer for the Providence Journal, most famously Buddy Cianci in The Prince of Providence. To learn more about the event, click here.

24 Books by Rhode Island Authors to Add to Your Bookshelf