24 Books by Rhode Island Authors to Add to Your Bookshelf

If you've got some time on your hands, read a good book and support local authors. 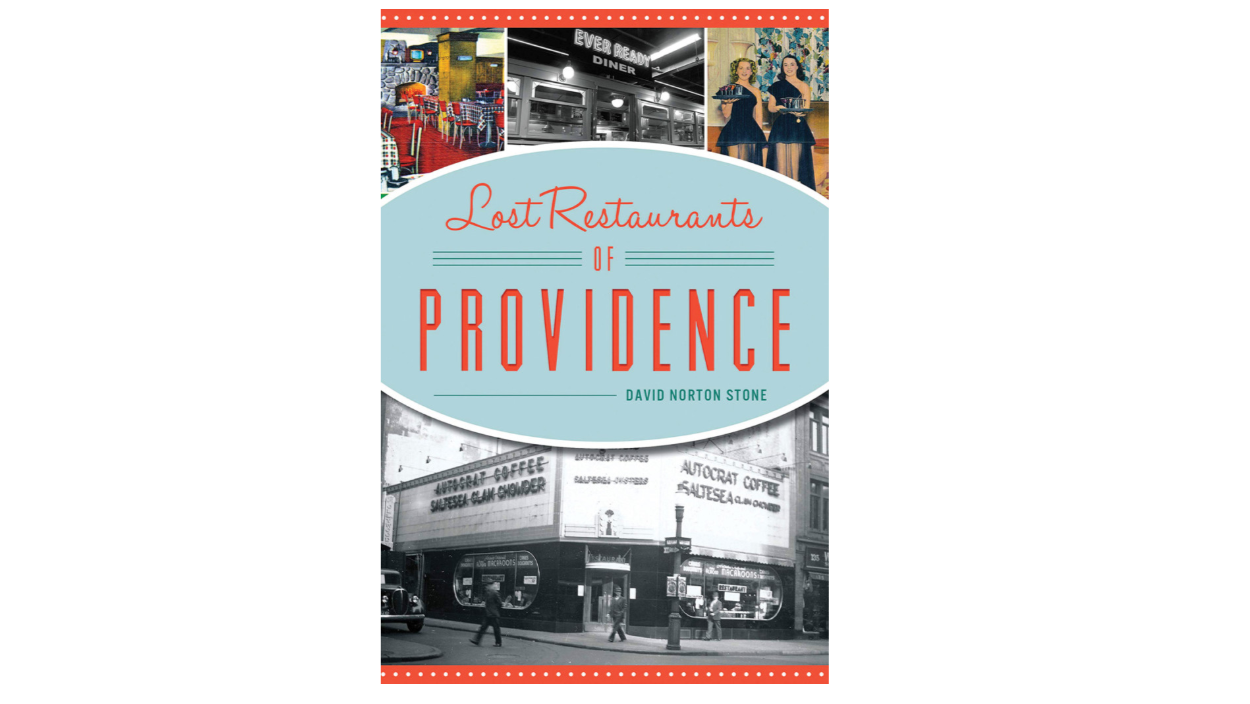 We put together a list of recently published books from 2019 and 2020. You can check in with your local independent bookstore to see if they stock these titles, or maybe they can special order a copy for you. Here is a list of Rhode Island’s Independent Bookstores. Titles may also be available for purchase or download on Amazon.

When an American medical doctor is kidnapped amidst Liberia’s on-going civil war, her partner teams up with a smuggler to embark on the dangerous and highly illegal rescue mission.

The third book in the Happy Ever After series explores Julie’s desire for a relationship and family as her business partner raises his adopted son with his husband.

This book of short fiction challenges our human existence with sublime stories about people exploring feelings of “guilt and redemption, aspiration and failure.” One subject revisits the past through a Google street view of his childhood home, where he confronts his insecure upbringing after reinventing himself. Another story gets inside the inner workings of the mind of a school shooter. Another tells the story of a 1960s family navigating tumultuous times in America and in the home.

The autobiography of a woman raised in a household with parents practicing black magic– and who receives dreams of the future– learns to accept herself and her spiritual identity.

5. Caught in a Lie by Emily Tallman

Being a compulsive liar is a complicated thing, even more so when you’re also cursed with prophetic dreams. Now that her lies have put an innocent man’s life at risk, will anyone listen before it’s too late?

Despite family tragedy, Lisa’s interior design business is thriving and leads her to planning the wealthy Lamont family’s New Year’s gala. When Countess Lamont discovers her favorite vase has been mysteriously broken, her son is determined to find a replacement and embarks on a continental search with Lisa.

7. Diamond and Pearls by Julien Ayotte

A string of bizarre break-ins puzzles retired detective Drew Diamond, but the cat-and-mouse game truly begins when the thief steals a strand of valuable pearls.

8. The Eldridge Incident by K.W. Garlick

At the height of the second World War, a navy destroyer is dispatched to test experimental camouflage technology, only to mysteriously disappear. A clairvoyant finds himself entangled in the mystery when he receives a terrifying vision of two of the missing sailors.

9. From Slaves to Soldiers: The First Rhode Island Regiment in the American Revolution by Robert Geake

From acts of heroism to bouts of misfortune, learn about the legacy of the men who enlisted for freedom from local historian Robert Geake.

Aliyah Morgenstern learns on her first day of high school that her uncle is an infamous criminal, and now everyone is waiting for her to do something evil. It doesn’t help that she’s a very powerful extramagus and is bonded to a baby dragon. Is her destiny really set in stone?

This Rhode Island-based mother of four wrote a novel about a woman ditched by her date — for her twenty-three-year-old cousin, no less — at her sister’s ’80s-inspired wedding and decides to take the wedding psychic’s advice to follow fate to find love. It leads her to London, where she confronts the unfairness of societal pressures to nab a husband all while realizing that fate can also prevent us from finding our happily ever after.

This book, written by Providence Journal reporter G. Wayne Miller, tells the story of how “Kid Number One,” Alan Hassenfeld, suddenly became chairman and CEO of Pawtucket-based Hasbro after his brother, Stephen, tragically died from AIDS.

Devon Burges learns of her close friend’s murder while in the midst of a high-risk birth. Despite her difficult recovery, she decides to investigate; but she’s unsure if she or her baby can survive the truth.

Some of Providence’s most famous restaurants have come and gone, but the memories (and photographs) remain. Thankfully, author David Norton Stone takes us on a journey of restaurants past where you can still smell the fresh coffee brewed every twenty minutes at the Silver Top Diner and hot butter cakes flipped in the window at Childs.

15. The Perfect Man and Other Stories of the Supernatural by Alexander Smith

Follow the quest of a man to pursue perfection by awakening his seven Chakras and learn the meaning of the phrase “to live a good life.”

16. Strong as Steel: A Caitlin Strong Novel by Jon Land

In 1994, Jim Strong investigates a mass murder on a freight train linked to mysterous missing cargo for which no record exists. In the present, his daughter Caitlin finds herself on the trail of that same cargo when remains are found in the desert. Caitlin is about to uncover a long buried secret, one that men have killed and died for to protect.

Zahara floats out of her lamp ready to trick a sorcerer into giving up his soul, but her summoner is a do-gooder intent on saving the world. Forced by a magical contract, they team up to defeat a vengeful fallen angel and stop a war between the human world and the jinn world.

18. The Teenager’s Guide to Surviving a Horror Film by Coral Isabella Aurora

Every year the haunted Mathswell Mansion lures teenagers into its depths, and one of the ghosts cursed to wander the state uses her expertise on horror films to guide the newest victims. The only problem is no one can hear her sarcastic voice.

This book features the stories of three ordinary American women, one based in Newport, who come to terms with their own sexuality and female desire. Over several years of reporting, Taddeo details the real-life story of a Newport restaurateur whose husband manipulated her into sexual relationships outside of their marriage.

Abbie Rambally meets her new neighbors for the first time, and she’s convinced something isn’t right. First, the couple is fascinated with Abbie’s son, constantly asking about him, and then Abbie’s nanny quits with no notice– and her new neighbors are all too happy to step in and help. Abbie must uncover what her neighbors are hiding as her family’s safety depends on it.

21. 100 Things to Do in Rhode Island Before You Die By Robert Curley

The guidebook is a fun and quirky take on all the must-dos in Rhode Island. There are experiences in here that every local has to try at least once, such as day tripping to Block Island, partying like a yachty at the Clarke Cooke House’s Boom Boom Room, walking along Newport’s Cliff Walk and feasting on Rhode Island’s famous specialties like Del’s Lemonade (no straw, of course), a coffee cabinet, bakery pizza and more.

Rhode Islanders like to eat well, and novelist Ann Hood is no exception. In Kitchen Yarns, Notes on Life, Love and Food, Hood unspools the narrative of her life in twenty-seven essays, each with a recipe or two, threaded together by her love of eating. Some chapters tell of loss, others are gossipy and fun, but all are wise and full of gumption.

23. Providence: A Novel By Caroline Kepnes

Providence: A Novel follows troubled detective Charles “Eggs” DeBenedictus as he investigates several unexplained deaths of townies and college students in the novel’s namesake city. At the same time, soulmates Jon and Chloe struggle to reconnect in New Hampshire when Jon reappears after being kidnapped four years ago. Author Caroline Kepnes braids together several New England storylines into a novel that is equal parts thriller and love story.

24. Unbeaten: Rocky Marciano’s Fight for Perfection in a Crooked World By Mike Stanton

Former Providence Journal sports writer and investigative reporter Mike Stanton’s new biography, Unbeaten: Rocky Marciano’s Fight for Perfection in a Crooked World, will knock you off your feet. The Pulitzer Prize-winning writer transforms the extraordinary story of an undefeated heavyweight boxer into something more accessible — a narrative about both the triumphs and the compromises of the American dream.

Independent Bookstores in Rhode Island to Pick Up a New Read

7 Books to Educate Yourself on Racial Injustice