7 Books to Educate Yourself on Racial Injustice

Diversify your summer reading with this list of books. 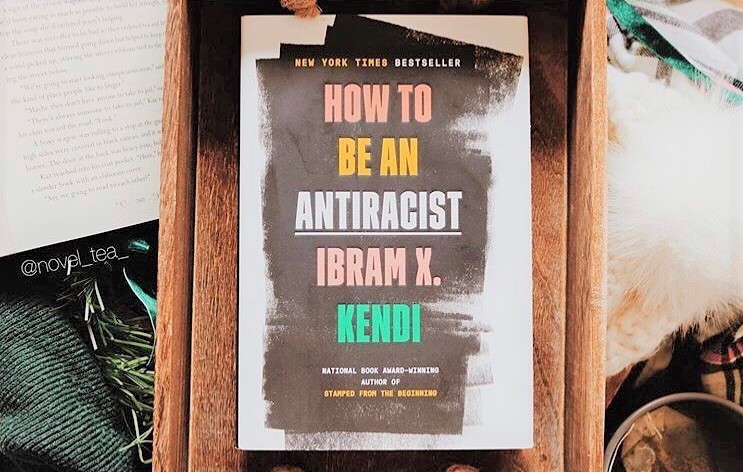 Local and independent bookstores are vital for fostering community and creativity in neighborhoods, and while they are a great way to find fiction to get lost in, they’re also a place to learn and get informed about topics that matter. In continuing to support the Black Lives Matter movement, pick up a book and educate yourself on topics such as anti-racism, systemic racism and Black history. If you’re not sure where to start, this is it:

1. They Can’t Kill Us All: The Story of the Struggle for Black Lives by Wesley Lowery

This book discusses bringing justice to the table towards the deaths of Michael Brown, Tamir Rice and Freddie Gray, just three of the many Black Americans who were victims of the American police system. Through hundreds of interviews over the course of one year, Washington Post writer, Wesley Lowery, showcases the reality of police violence in our country and those attempting to end it.

2. Why I’m No Longer Talking to White People About Racism by Reni Eddo-Lodge

Based on the viral blog post of the same name, journalist Reni Eddo-Lodge writes about her frustrations with how discussions about race in Britain were being led by people not directly affected. Her book explores current issues like whitewashed feminism to the lack of known Black history.

3. Between the World And Me by Ta-Nehisi Coates

Ta-Nehisi Coates attempts to answer the question of what it is like to be Black in America in the form of a letter to his son. In this autobiographical narrative, Coates bridges the past to the present by talking about his own life and how he navigated the truth of his identity in relation to the world.

4. When They Call You A Terrorist: A Black Lives Matter Memoir by Patrisse Khan-Cullors and Asha Bandele

After the acquittal of George Zimmerman in the fatal shooting of Trayvon Martin, Patrisse Khan-Cullors, Asha Bandele and Opal Tometi took action by creating the “Black Lives Matter” statement, and they were labeled as “terrorists.” In a story of resilience, and with the help of Bandele, Khan-Cullors recounts her personal journey towards becoming a founder of the movement we know today.

5. So You Want to Talk About Race by Ijeoma Oluo

This book has all the basics. Ijeoma Oluo offers a harsh, but beginner-friendly truth about race in America and white supremacy instilled in aspects of life. Oluo guides the reader through it and she defines everything from the “model minority myth” to intersectionality.

6. How to Be Anti-Racist by Ibram X. Kendi

The opposite of “racist” isn’t “not racist,” and it’s the basis of Ibram X. Kendi’s book on the importance of anti-racism and how it will help create change going forward. Kendi reshapes the discussion of racial justice in America by asking us to think about ourselves and each other. What might an anti-racist society look like and how can we build it together?

7. Biased: Uncovering the Hidden Prejudice That Shapes What We See, Think and Do by Jennifer L. Eberhardt

Combining scientific and investigative approaches with her own personal experiences, Dr. Jennifer Eberhardt discusses the concept of bias and how we all have it whether we know it or not. But as she exposes racial basis on all levels of society, Eberhardt also shows us how to combat and overcome it one step at a time.

An Interview with Viola Davis