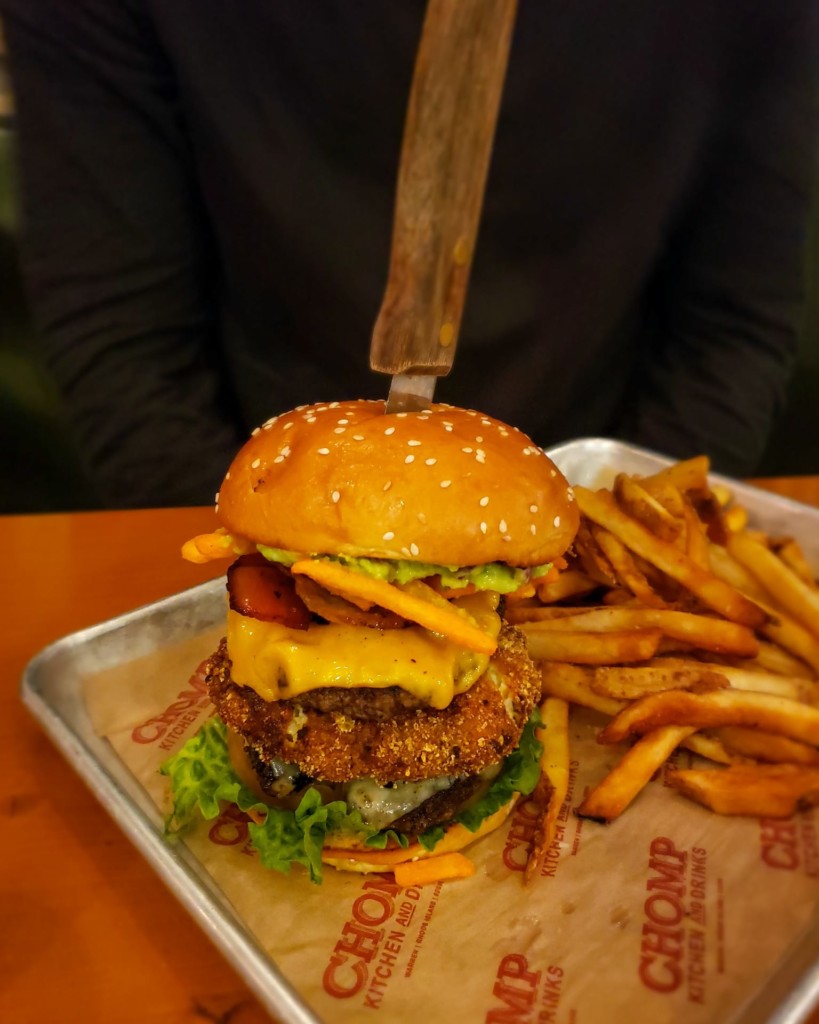 La Forge Casino Restaurant in Newport proved it can make a beefy burger once again during this year’s Newport Burger Bender, which took place from February 15 to 24. The restaurant was crowned Best Burger by the public out of thirty competitors from Newport and Bristol counties, for the second year in a row. This time the “Winterburger,” an eight-ounce ground brisket patty topped with signature slow-braised short rib, baby arugula, cheddar and smoked bacon-cranberry jam on a toasted brioche bun, stole more than a quarter of the popular vote.

“Not only were the toppings nostalgic and over-the-top, but the patties themselves were unmatched,” says Coelho. “The mortadella pork patty had such a rich flavor and quality texture, and the dollop of guacamole gave me just enough reassurance that it was just a tiny bit healthy. Even the size of the burger was impressive with double patties and a steak knife sticking out of the top to help cut it down to a more manageable, burger-to-face size.” There can only be one Creative Champion, but Coelho also noted that Mission‘s mushroom patty melt with raclette cheese and sauce gribiche was extraordinary.

The Mooring’s “Sweet N’ Spicy” burger nabbed the Critic’s Choice title, chosen by Pelletier. She says she had a difficult decision, but was eventually won over by the Mooring’s burger.

“The toppings, pepper jack cheese, pineapple jalapeño marmalade, Cajun bacon and fried onion strings added flavor and texture in a creative way without overwhelming the star of the show – a perfectly cooked Brandt Farms beef patty,” says Pelletier of her pick. “It was a welcome surprise from a restaurant known for its seafood, and the Newport Harbor view, even in the frigid weather, didn’t hurt either.”

Go On a Burger Bender at 30 Newport Restaurants

The Best Spots for Brunch in Rhode Island