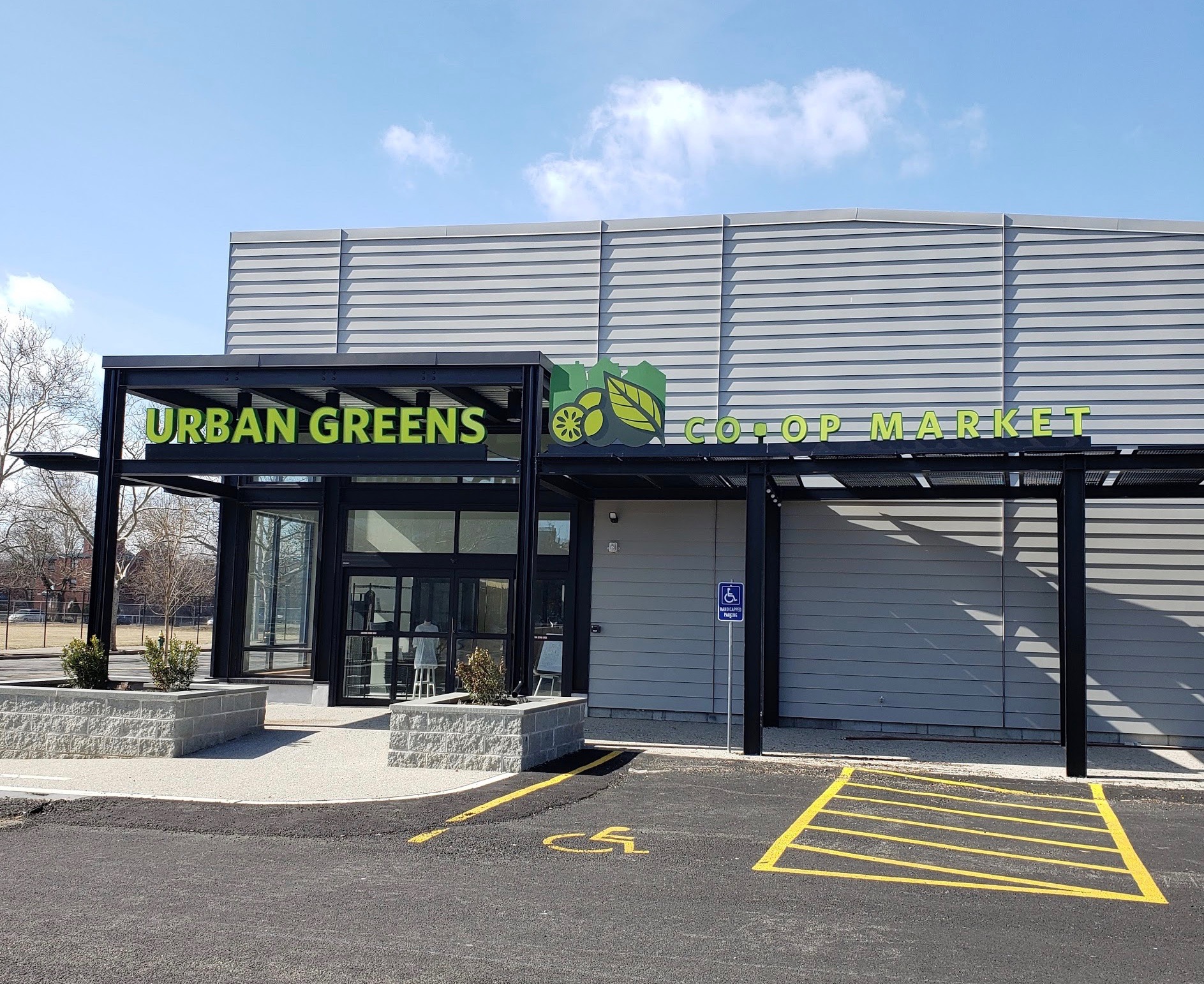 Nearly two decades ago, twenty-two Rhode Islanders began a group they called a “buying club,” in order to help each other gain access to healthy foods at near-wholesale prices. In 2007, this group was officially incorporated as Urban Greens, Providence’s first food co-op, and now, more than twelve years later, the grand opening of Urban Greens Co-op Market will take place June 27-29 and will feature live music, goodie bags, free food samples from local vendors and all kinds of sales throughout the store.

A co-op is essentially a community business or organization that is owned democratically by those who benefit from it, or, in other words, its own customers. In the case of Urban Greens, a food co-op, it is similar to a grocery store in function, but is based on fundamentally different values and components. Owned entirely by members, the Urban Greens’ $2.2-million-dollar project takes form in an 8,000-square-foot space on the West Side of Providence and is expected to generate twenty-eight new jobs. The project’s goal is “to be open to all and support the health and well-being of our customers by offering nutritious, affordable food that is sustainably sourced, culturally inclusive and supportive of local food production.”

The project has been a long time coming. While the initial bones of the co-op took shape in 2000, the real work started in 2007.  Back in 2015, Rhode Island Monthly sat down with two founding members of the co-op to discuss the progression of the project. At the time, they were working on the details of the location at 93 Cranston Street. The vacated site sat at the intersection of three neighborhoods: Federal Hill, the West Side of Providence and Upper South Providence. However, more than simply uniting these communities, this space is important because it helps fight a major issue encroaching on cities across the country: food deserts. As Philip Trevvett, Urban Greens council member, explains, “A food desert is an area where there is essentially no full-scale grocery store within a square mile, and the average income is below a certain point. You’re in an area where not everyone has a car or they’d have to drive across town to a grocery store and there isn’t anything close that can fulfill those needs.”

This is the case with the location they chose; it sits centrally in a wide “blank spot” of grocery access. “There’s a huge gap,” Trevvett says, “So we’re excited to fill it.”

Fill it they will. Upon opening, Urban Greens will serve as a full service grocery store, complete with fresh, organic, locally sourced produce, healthy prepared take-away items and bulk options like granola, spices and flour. The co-op also prides itself on recognizing the diversity of the communities it serves by offering a wide range of products common to West African, South East Asian and Latino countries. Finally, the co-op is doing its part to contribute to the community through events such as community cooking classes, workshops and more.

Urban Greens has skyrocketed from an ambitious plan to a completed project poised to make a real change in the community. For one, in 2015 there were around 650 members. Now, just four years later, there are more than 1,300. The project has also secured funding from seven different groups, including the Rhode Island Foundation, the Cooperative Fund of New England and the RI Department of Environmental Management. In the spirit of the cooperative, more than a third of the financing for the project also comes from local community members. 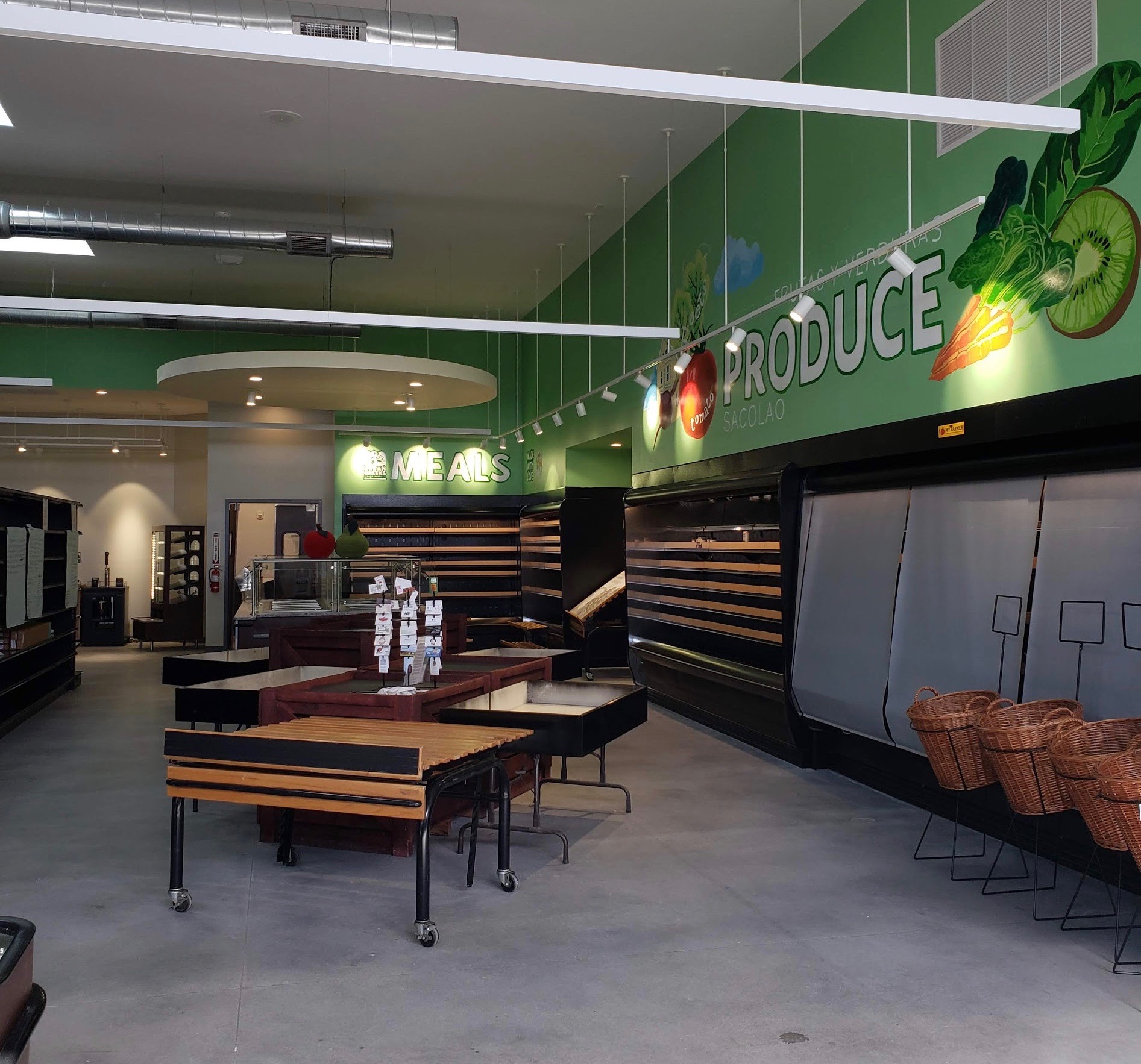 The interior of Urban Greens Co-op during a sneak peek tour.

While the public grand opening takes place June 27-29, member-only opening days will grant a sneak peek at the store June 25-26. Those interested in membership (though you do not need to be a member to shop there) can sign up at urbangreens.com. Members gain benefits like exclusive sales and they have a say in all co-op decisions. The full, one-time cost of a membership is $160, either paid up front or for $40/year over four years. For low-income members of the community, the cost of membership is $80, either paid in full or for $10/year over eight years. Low-income members save an additional 5 percent on all items.

Urban Greens is bringing food to a food desert, contributing positively towards the environment by supporting organic and bulk options, supporting low income families in the area with healthy, affordable food and benefiting the local economy by keeping food dollars within the community. Truly, “Urban Greens fills a missing link in Rhode Island’s food economy,” and we look forward to the impact it will undoubtedly have.