“U Had Me at Kitchen” Brings Back Sunday Dinner

Alexia DiGiglio-Mancini's cooking show is like "Rachael Ray" meets "The Sopranos." Plus, she shares her ideas for building an epic antipasto for Thanksgiving. 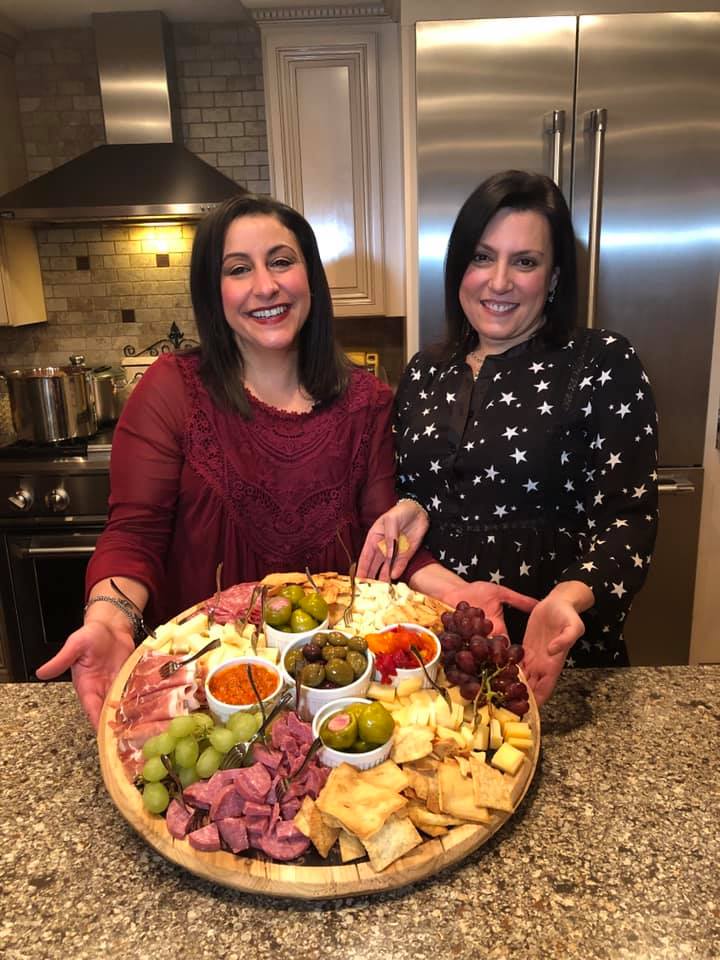 Alexia DiGiglio-Mancini swapped a music career for a career in the kitchen, and has no regrets. The Italian “U Had Me at Kitchen” social media personality and reality cooking TV show host, wife, and mother of two young boys invites guests over to her Johnston home for the show in an effort to “bring back Sunday dinner.”

“When I say bring back Sunday dinner, it’s not just an Italian thing, it’s a global thing, because in today’s day and age, everyone is so busy, they don’t take the time,” Alexia says. “In my generation, we were still going to my grandmother’s on Sundays. Today, we have work, sports, kids, differing schedules. The world is much more demanding.”

Alexia makes it a point to host Sunday dinner as often as she can (an episode of the show was previously filmed every six weeks, and all videos from the show can be viewed at uhadmeatkitchen.com). On her Facebook page, website and YouTube channel, and sometimes live on her Instagram account, viewers can watch the social media personality cook Italian specialties based on her grandmother’s recipes, including chicken cutlets, arancini and more. During the show, people from the local community perform or appear and have interesting conversations with dinner guests while she prepares each recipe.

“U Had Me at Kitchen” appeared on the CW Providence and on myRI TV, and now all episodes can be watched on her website. Alexia is currently regrouping and working on the show concept to make it even better for future TV broadcasts. She’s focused on sharing recipes weekly on social media and contributes a monthly recipe to the Rhode Island Echo newspaper.

“U Had Me at Kitchen” stemmed off from Alexia’s former career in the music industry. In the 1990’s, while she was in her late-teens, she performed rap and pop songs locally at places as big as the Providence Civic Center. She then started her own independent record label, XIA Recordings, and recorded a hit pop song, “It’s All About You,” which she brought to area radio stations that faithfully aired it. The song made it to the top ten locally. Her song did so well, she was recruited by a record label and signed a contract, but things turned when the record label went under, leaving her in the lurch. Because she was still under contract, her music career slipped away.

From that point, Alexia met her husband, got married and had two children. She decided to focus her life on her family. She pivoted careers into the travel industry, working at her mother’s longtime agency, Anyplace Travel in Johnston. But her passion for cooking grew even stronger and her house swelled with guests for Sunday dinner.

Alexia’s always loved to cook, and her friends told her she should start her own cooking YouTube channel. Once she owned the kitchen of her dreams by buying her friend’s beautifully remodeled home – that’s where “U Had Me at Kitchen” first originated, because it was all about the kitchen and she didn’t care about seeing the rest of the house – she connected with a local videographer and pitched the idea for a TV show.

“I said I would like to do this show with the concept of ‘bring back Sunday dinner,’” Alexia says. “We’d cook and have a party at my house.”

The first episode was filmed and shared on Facebook, gaining more than 34,000 views. Everything that happens on camera with her guests is unscripted and organic.

“We’re really eating and drinking and having fun, and it’s just like coming to my house for a party,” she says. “And after the filming is done, we are still there having a great time.”

Here are some ideas from Alexia for serving her famous antipasto at your Thanksgiving table.

Antipasto is a course of appetizers in an Italian meal, usually served before a meal or as the first course. It usually consists of an assortment of foods, such as smoked meats, cheese, fish and vegetables. 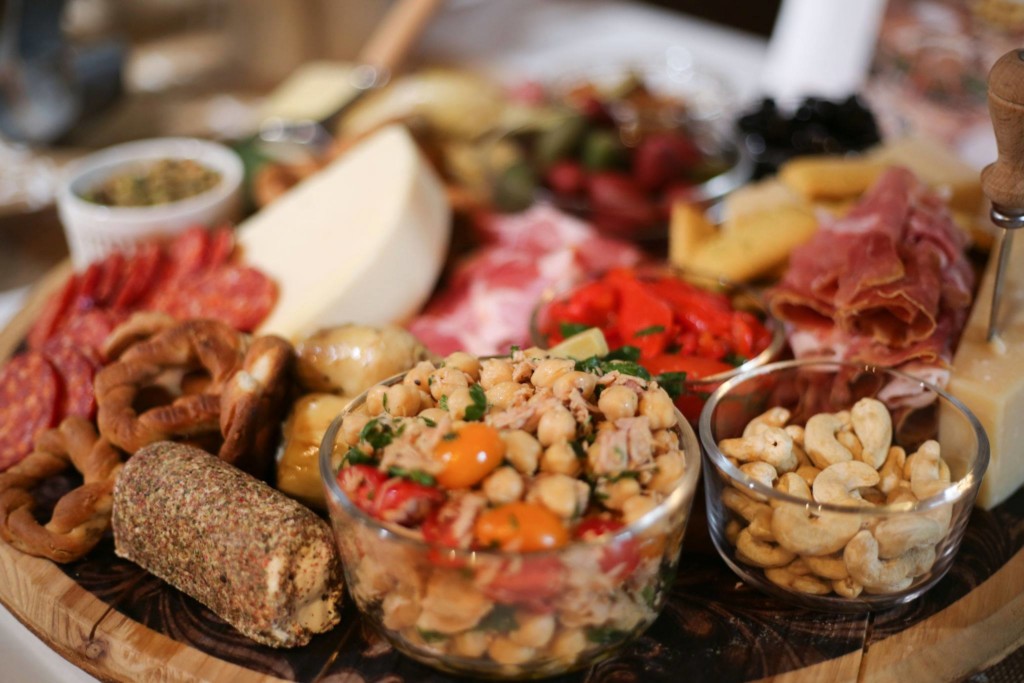 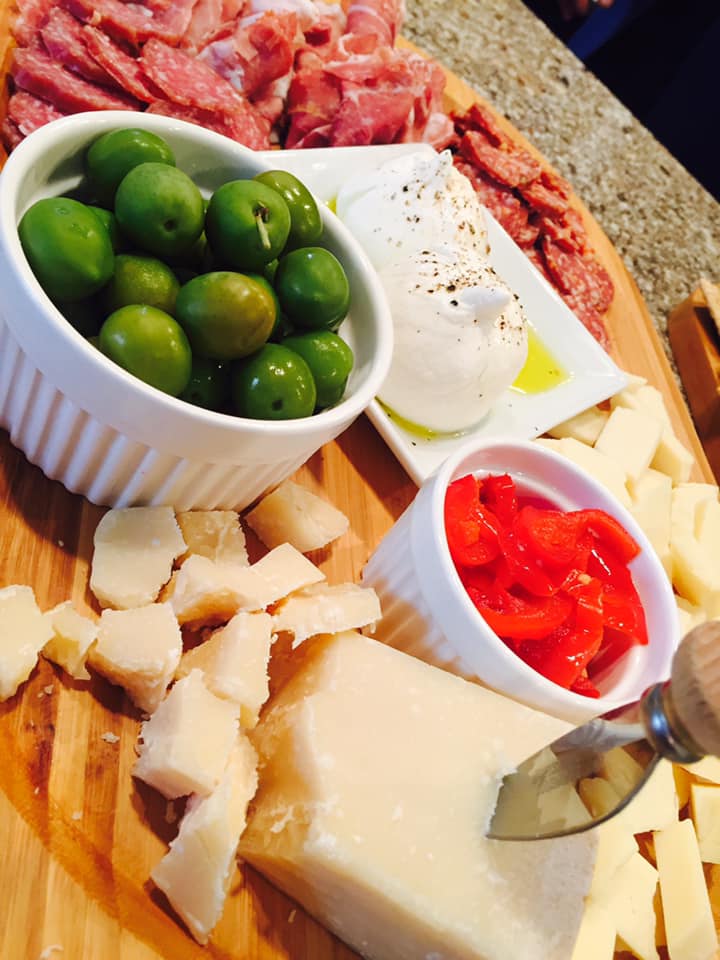 Peppers, Veggies and Such

The Hard-Pressed Cider Company Crafts a Taste of Fall

Tags: Alexia, Alexia DiGiglio-Mancini, antipasto, TV show, U Had Me at Kitchen