The Haus of Glitter Dance Company to put on a reimagined narrative of Esek Hopkins with the Wilbury Theatre Group. 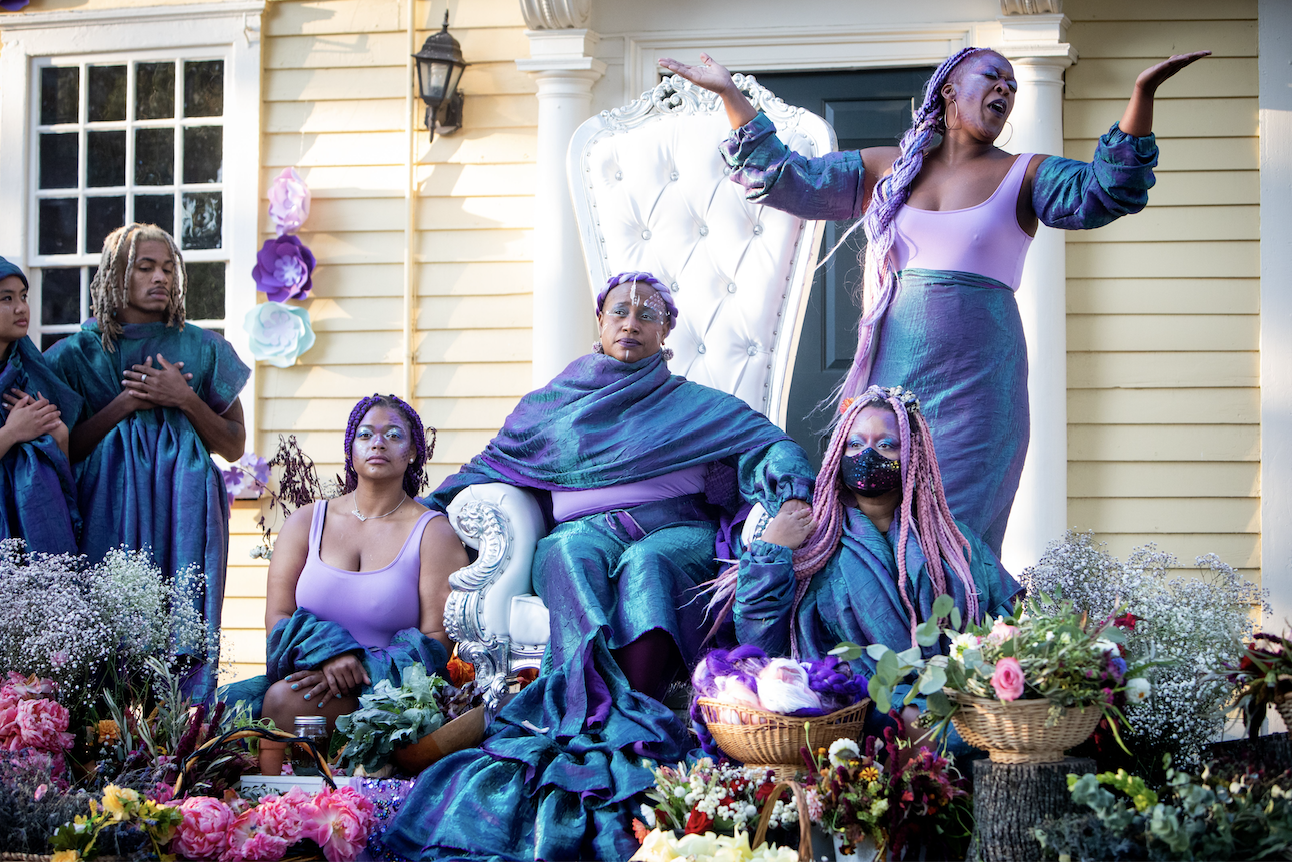 The Historical Fantasy of Esek Hopkins. Photo courtesy of the Wilbury Theatre group.

Esek Hopkins is known as the first commander in chief of the Continental Navy during the American Revolutionary War. While in his first term, he captured British prisoners of war and disobeyed orders. Before the revolution, he was involved in the Atlantic slave trade as a slave ship commander.

The Historical Fantasy of Esek Hopkins, produced in partnership with the Wilbury Theatre Group, imagines what life would be like today if colonization or slavery never happened. To do this, the story is told through the eyes of a single Black person who is lost on the voyage.

The play is a way of taking back history. Creative director Matt Garza hopes that this production will lead to an awakening in the community. “Our activist dance opera is a rehearsal for the future. We are not going to think our way out of racism. We are going to feel our way out of racism,” he says. Haus of Glitter aims to reclaim historical monuments and is creating a “reparations” model for play registration by inviting audiences to donate according to their intersectional privilege.

The performance will feature not only the Haus of Glitter Dance Company but also more than thirty-five other contributing artists. It is a story of family, emotions and legacy.

“As a theater company, we can only hope to elevate voices that have long been silenced,” says Josh Short, artistic director of Wilbury Theatre Group. “This incredibly exciting production not only pushes the boundaries of theater and storytelling, it challenges our understanding of our community’s history so we might work towards a better one.”

36 Things to See, Taste and Celebrate in September