All are welcome to raise glasses at the Dean Bar in Providence. 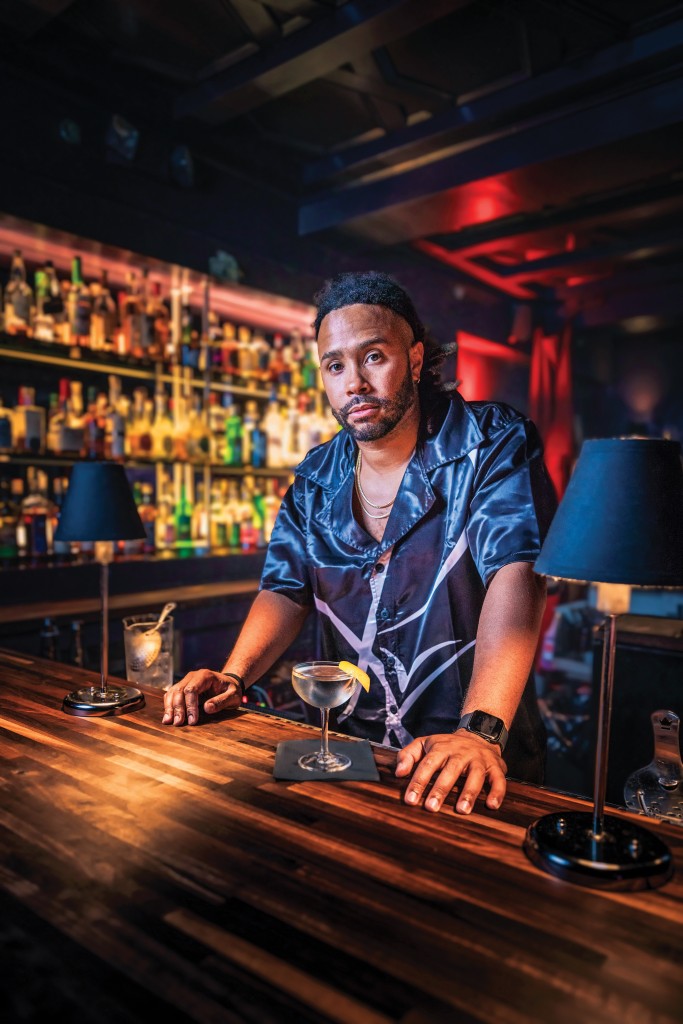 Michael Silva traded in one job for four different ones. The former high school special education teacher left teaching about a year ago for his full-time bartending business thinking it would give him more time to focus on just making drinks.

Since then, he’s been juggling calls from the Rhode Island Health Department about renewing his catering license, searching for a convenient commissary kitchen and desperately trying to occupy an existing restaurant space while getting multiple businesses off the ground. Mixing cocktails makes up just a small fraction of his work.

Silva had already launched his cocktail service business, BĀS, which first held hush-hush gatherings in his parents’ basement with a mission to make craft cocktails more inclusive to people of color. His work led to hired catering gigs at pop-up locations, weddings and other events. When the pandemic hit, he also sold MXR cocktail kits as an extension of BĀS for mixing up drinks at home. At the time, he traveled back and forth from Pawtucket to Hope and Main’s commercial kitchens in Warren to create house-infused syrups and fresh-squeezed juices for the drinks.

While bartending for both BĀS and Courtland Club, he also helped launch booth., an inclusive event space in Pawtucket, with his then-fiancee and now-wife Miellette McFarlane, Tatiana Baena and Kelly Powers. They host events for product launches, celebrations, business events and bachata jam sessions, plus discussion panels for the Womxn-Being series.

More exposure meant more opportunity, which is why he got a call in June 2021 from the Dean Hotel’s manager asking him to lead a two-day cocktail bar pop-up at the Dean Bar. Silva didn’t hesitate to take on yet another challenge.

“I was like, ‘Hell yeah. The old Magdalenae Room?’ Silva says.

He crushed the first pop-up, calling on bartenders he knew to help out for the takeover. It went so well that after closing on the second night, James Mark of the former north restaurant in the hotel stopped by with a bottle of sake and asked him to take over managing the space as beverage director. They came up with some terms of agreement and he accepted.

Silva makes a point to staff other Black bartenders on his team to show them how this industry can evolve into a career by crafting inventive cocktails. It’s more than “just popping Trulys or twisting off beer caps,” he says. “I said, ‘You can come bartend in your backyard and be a star in this industry.’ I felt like Pat Riley trying to sign guys onto a college track. I was calling dudes up. I was intentional about who I wanted on the bar.” 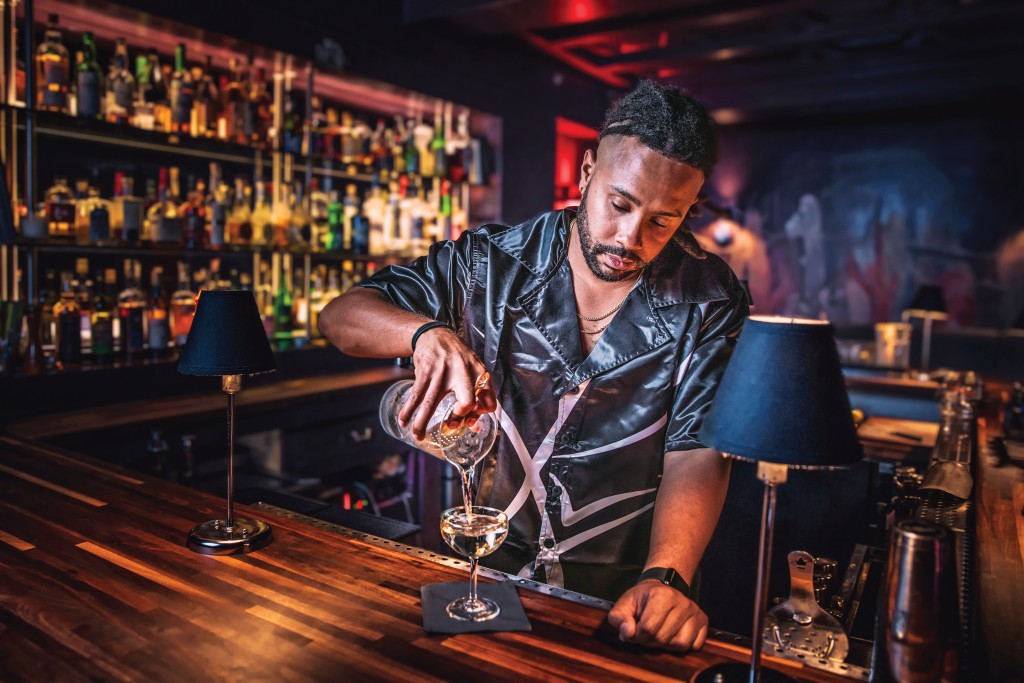 While James Mark and north have left the Dean, Silva is still in charge of the bar, which is accessible by the side door behind a velvet curtain. They have a great team on deck including Victor Kashouh, and they’re serving drinks alongside food from pop-up chefs in the former north space, now called A Place with No Name. Luckily, he was able to renew his catering license just in time to launch the cocktail and food collaborations.

Silva is not the typical bartender. He puts his own twist on it, using unusual, fresh ingredients and curating his personal style. “I want people to know me as me,” he says. He takes fashion seriously, sporting jackets, bright collared shirts and colorful ball caps and shoes (sometimes he can be seen in lime green Crocs). “We don’t really have a dress code behind the bar, other than I tell people to dress like you would dress on a first date — an aggressive first date,” he says with a laugh while sporting those trademark green Crocs. “You are not going out with someone your mom fixed you up with. You swiped right for this.”

While the Dean Bar is semi-secret, Silva spreads a message of inclusivity. All are welcome to raise glasses. “The coolest thing about us is our entrance. It’s part of the show,” Silva says. “We fall victim to it sometimes when people forget we’re there or people can’t find us. But every day is new when you see someone experience the bar for the first time.”