The Comedy Park is Bringing Comedy to Cranston 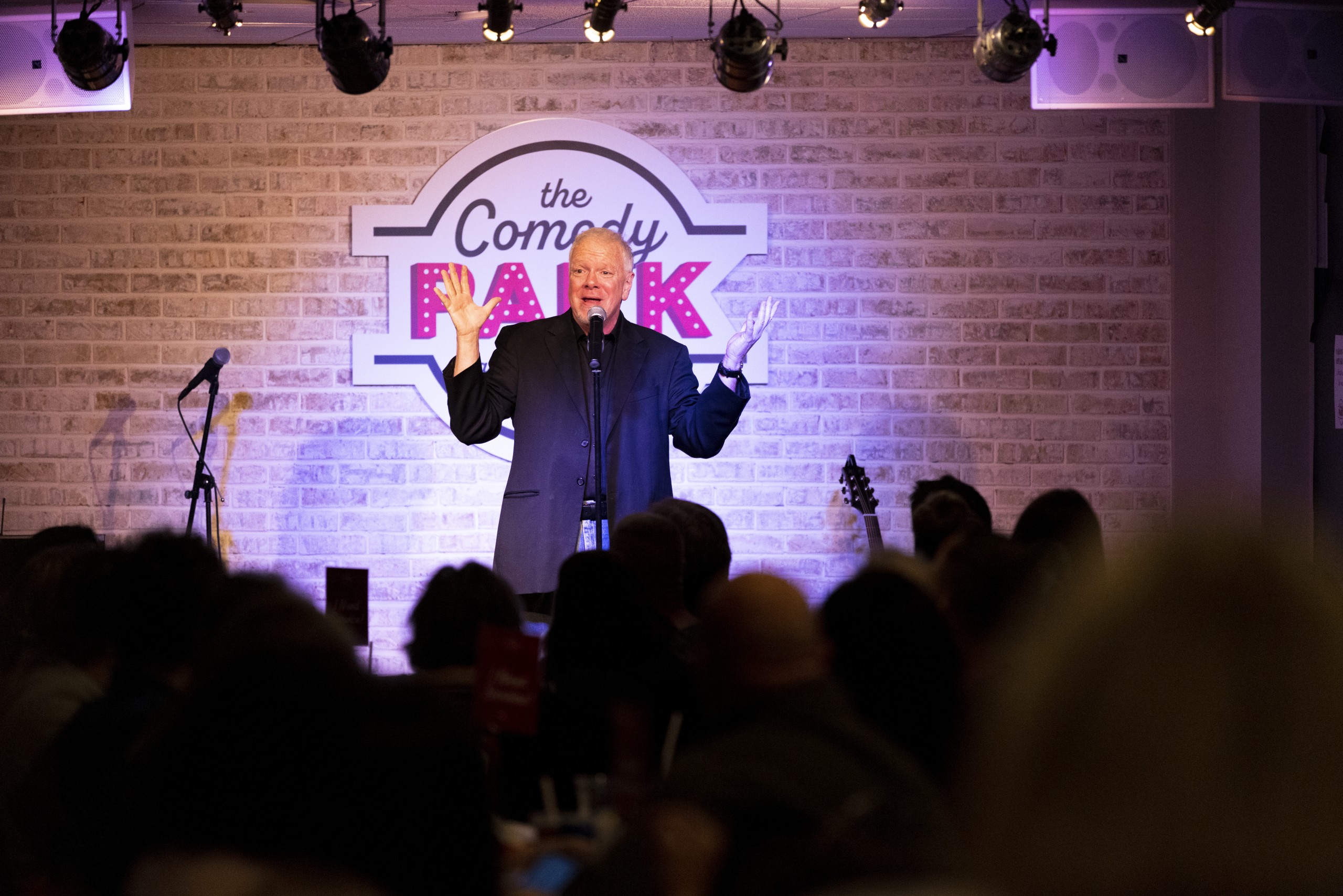 Comedian Charlie Hall performs at the unveiling of the Rhode Island Comedy Hall of Fame inside the Comedy Park on Friday, April 29. (Photo courtesy of the Comedy Park)

A new comedy club will open inside the historic Park Theatre in Cranston this weekend, and for one local comedian, it’s a dream thirty years in the making.

Bill Simas, the founder of the comedy fundraising series Funny4Funds, has a new venture up his sleeve. The Rhode Island-based comedian is now the founder of the Comedy Park, a new comedy club opening inside the Park Theatre on Cranston’s Rolfe Square.

“All the people I’ve helped over the years are now coming out of the woodwork to support me on this,” he tells Rhode Island Monthly.

Simas has been dreaming of opening a comedy club since he was sixteen, but it was the recent purchase and reopening of the Park Theatre that allowed him to make the dream a reality. After local restaurant owners Ed Brady and Jeff Quinlan announced plans to purchase the theater last year, he says, the pair approached him about opening a comedy club. The club is a separate venue within the building with its own entrance and seating area.

This weekend, the 140-seat club will host its official grand opening with “Launch the Laughter,” a double headliner show featuring Simas and comedian Mike Koutrobis of Massachusetts. Shows will take place at on Friday, May 6, at 8 p.m. and on Saturday, May 7, at 7 p.m. and 9:45 p.m.

Simas says he plans to host a range of local and regional comedians, and shows are already booked out through the summer. Shows will be scheduled Thursdays through Sundays. Upcoming acts include “Funniest Comic in Boston” winner Dan Smith and Frank Santorelli, a.k.a. “Georgie the Bartender” on “The Sopranos.”

“I want it to have a nice, kind of an upscale feel where they can come out and it’s just all around an easy club environment. Good food, good comedy,” he says.

In 2014, Simas and co-founder Mike Murray started Funny4Funds, a fundraising business that works with organizations to coordinate charity comedy events. Simas says he plans to draw on his network of comedians from throughout the region when booking acts at the Comedy Park.

“Running a club is totally different than everything I’ve done before. This is my first go-around. I’m excited, I’m nervous, but I am totally committed to building a brand,” he says.

In addition to the club, the space is also the new home of the Rhode Island Comedy Hall of Fame. Once an online-only affair, the Hall of Fame now features a gallery of caricatures by member and longtime cartoonist Charlie Hall. Last weekend, Hall of Fame members and supporters gathered to celebrate the unveiling in a pre-opening show featuring many of Rhode Island’s favorite names in comedy.

The Comedy Park now joins longtime East Providence favorite, the Comedy Connection, in offering standup acts in the Ocean State. Simas says he wanted to give comedy fans another option to attend live shows in the West Bay.

“I want it to feel like ‘Cheers,’” he says. “Remember the show ‘Cheers’ where everyone knows your name? They’re going to come see a good show.”

37 Fun Things to Do in Rhode Island This May