Meet Up at Downtown Providence’s Newest Speakeasy Needle and Thread

The former tailor shop and haberdashery is now home to simple and smoky cocktails and a street food and classic comfort-themed small and large plates menu. 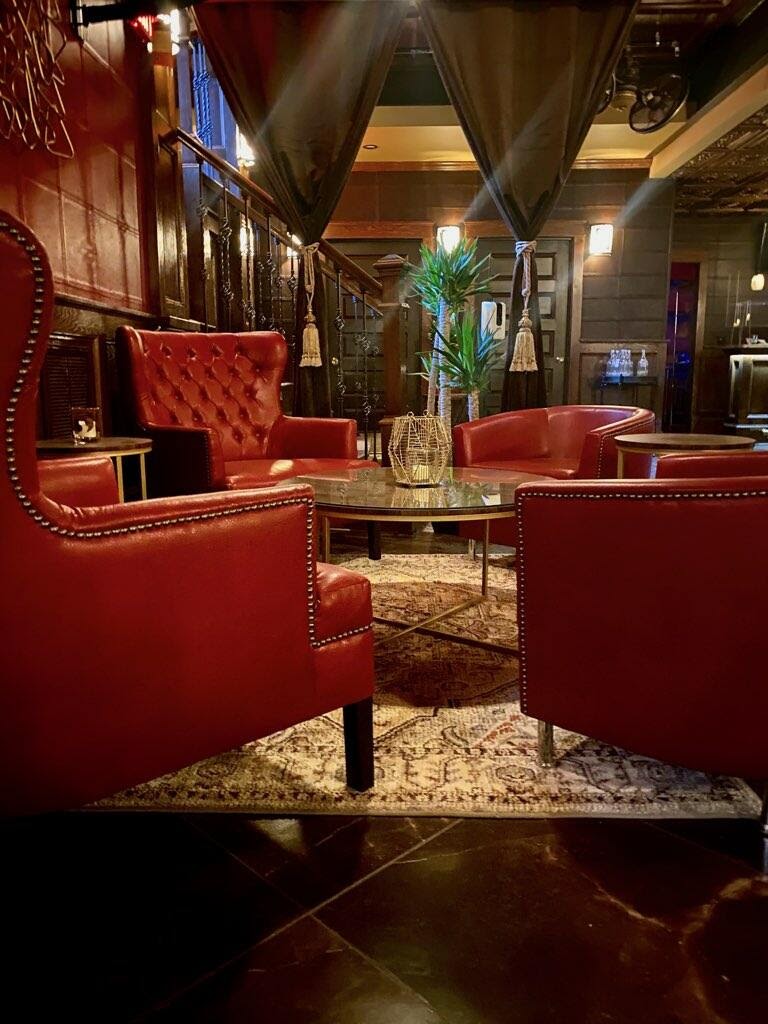 Needle and Thread bar in Providence.

Walk past the former Red Fez on Peck Street in Providence and look for the Needle and Thread sign on a brick wall. Open the door and wind down the spiral staircase into an underground world that is a nondescript, modern day speakeasy. Guests are seduced by dark velvet curtains, ornate painted tin ceilings, red leather furniture and a handsome bar in this space that was previously a tailor’s workshop and haberdashery owned by Antonio Conte for more than fifty years.

The hard-working owners of Needle and Thread like to stay under the radar, but they spent the last two years and the height of the pandemic constructing the dark and mysterious bar. They hired a chief consultant and locally known bartender Matt Simmons to help with the bar’s execution and aesthetic and to develop the cocktail program and manage the floor. Antonio Franco served as a kitchen consultant to hire the right chef for the job and help develop the menu of small and large plates with a street food and classic comfort edge. The bar name Needle and Thread pays tribute to the space’s former life as a tailor’s workshop, Conte’s Tailors. 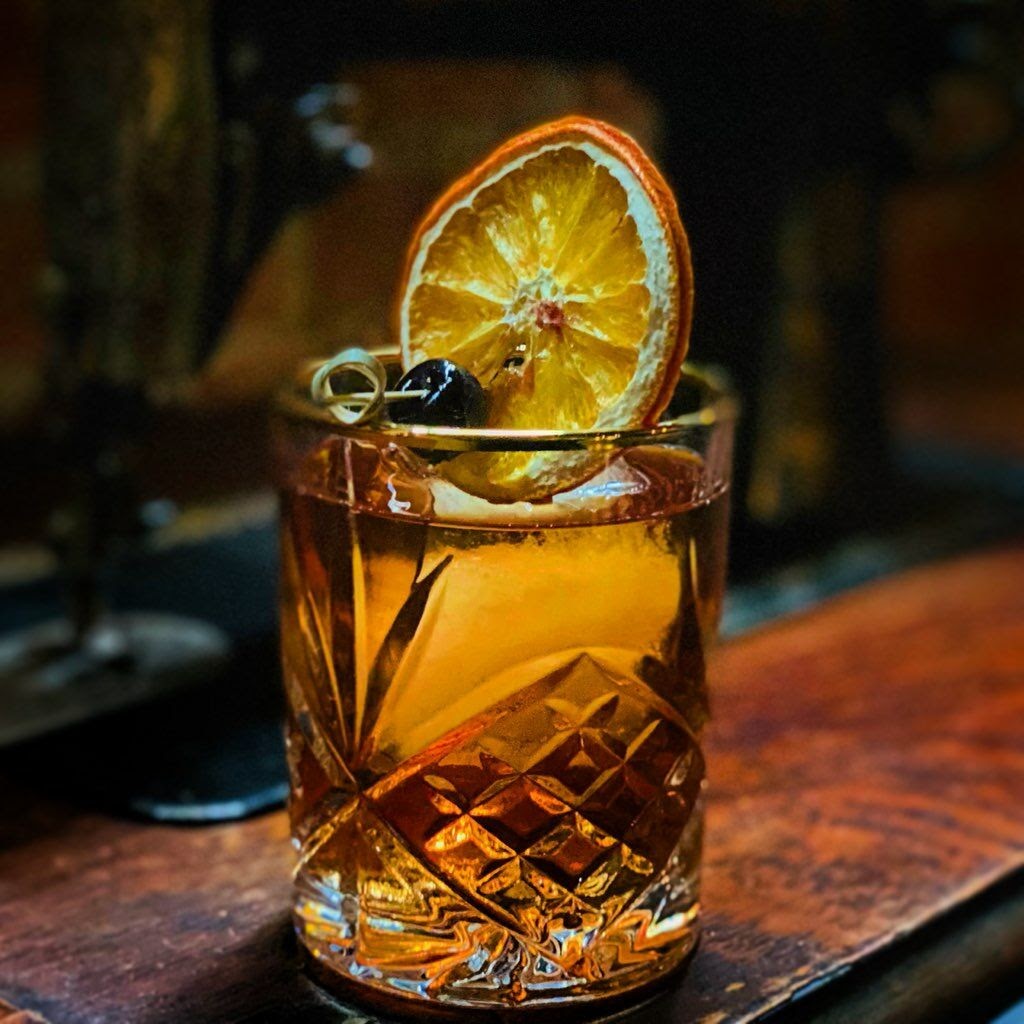 “This was his primary office and workshop and he was responsible for handmade suits, outerwear and evening attire for many downtown professionals,” Simmons says. “He learned how to make clothing in Italy from his grandmother.”

Conte died about seven months ago, and the Needle and Thread crew has established contact with the family. They hope to name a red booth Mr. Conte’s Corner in memory of him and hang a photo detailing the history of the space, with the family’s permission, of course. “It is important to honor what was once here with good vibes by naming the place after what was before us,” Simmons says. “We want to make sure we do our best to honor the man and his legacy.”

Needle and Thread was constructed piece by piece during the pandemic out of an eight-and-a-half-foot by nine-foot crawl space, and the owners also installed the tin ceiling themselves. “The room is double the size it was when we found it,” Simmons says. “We knocked down two walls and pushed back two supporting beams and wrapped them in oak before proceeding with the project.”

The underground nature of the bar gives it an alluring atmosphere where people can have a romantic night out or share a private conversation with friends since there are several nooks where you can score some seclusion. “We just want people to get to the bottom of the stairs and say wow, there’s no way I could have imagined this at street level,” Simmons says.

The cocktail menu takes priority with simple and smoky drinks dressed up with fancy or cheeky garnishes. “There’s a pear and ginger sidecar, there’s a fruity margarita, there’s an antipasto martini which is a play on a Hot and Dirty,” Simmons says “There’s the Money Clip, which is scotch with a little bit of cherry heering in it, garnished with a hundred dollar bill [fake, of course].”

As much thought goes into each cocktail’s appearance as the flavors. “The garnish situation was very important to me. Something I noticed in cocktail culture is that garnishes on Instagram are everywhere but they don’t seem to be so present in cocktail bars,” he says. “I went out of my way to make sure that the beverage program was three things, really delicious, and that every drink has its own character and behavior in the glass.”

Antonio Franco, who previously worked as an executive chef for Bettola and Basta restaurants in Cranston, led the way developing the food menu alongside chef Brandon Tylek. Small plates include street corn, tiny sushi tuna tacos, a charcuterie board and Caesar and Caprese salads and more. There are also larger plates for a full meal, like Eddie’s Better Half, which is a roasted half-chicken with butter-whipped mashed potatoes and a burger called the Royale with Cheese, which is an upscale version of a Big Mac.

“When you come in here, you’re expecting a cocktail bar with tiny plates and snacks, but if you want to eat dinner, you can accidentally eat dinner, too,” Simmons says, adding that they will have low-key live entertainment and music soon. “We want people to be able to consume a couple of drinks and feel sustained and that it was worth their time.”