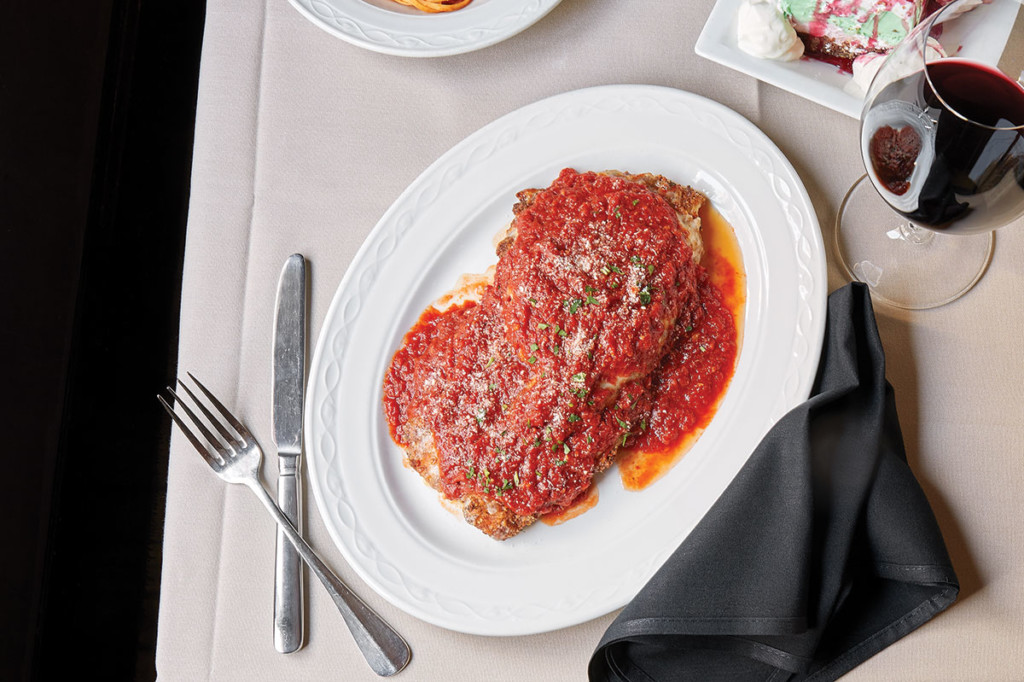 The chicken parm at Camille’s. Photo by Angel Tucker.

Today, Providence Mayor Jorge Elorza, the Providence Warwick Convention and Visitors Bureau and the Federal Hill Commerce Association joined together in the newly renovated and picturesque St. John’s Park to kick-off Providence Restaurant Weeks 2019. The two-week-long culinary event began on July 7, and will continue through July 20, giving residents and visitors alike ample time to sample new restaurants across the city and state.

“We have ninety restaurants participating throughout the entire city,” says Mayor Elorza. “What I love so much about this is that although you think of restaurants as businesses, and typically businesses are in competition with each other, we know that one plus one equals eleven when you’re working together. And through coming together for Providence Restaurant Week, we’re encouraging more people to come into the city; we’re expanding the pie in a way that everyone wins.”

The mayor reminds the public that Federal Hill has always been a huge part of the city’s restaurant culture and its culinary offerings are more diverse than ever. Rhode Island Monthly‘s April issue was devoted to covering Federal Hill’s many dining options and local markets, as well as its history. Read The Ultimate Guide to Federal Hill.

“It’s a place that preserves its culture, but also is welcoming and accepting of other cultures. When I was growing up, Federal Hill was known as the place to go for Italian food,” Elorza says. “And it still is known as that place but today it is also known as the place to go for great Asian food, or Mexican food, or so many more other foods from throughout the world. Part of what makes Providence’s reputation as the creative capital is making sure that we have that right culinary mix of world-renowned cuisine all located right here.”

“We can celebrate our culture and celebrate our diversity, and we can do it while dining together and breaking bread,” Elorza says. “That’s what this is all about.”

For a list of participating venues and their menus, visit goprovidence.com/rw