The following ten players stand out for their prolific productivity, distinctive achievements, contributions to the P-Bruins’ lore or staying power at the next level in Boston or elsewhere. 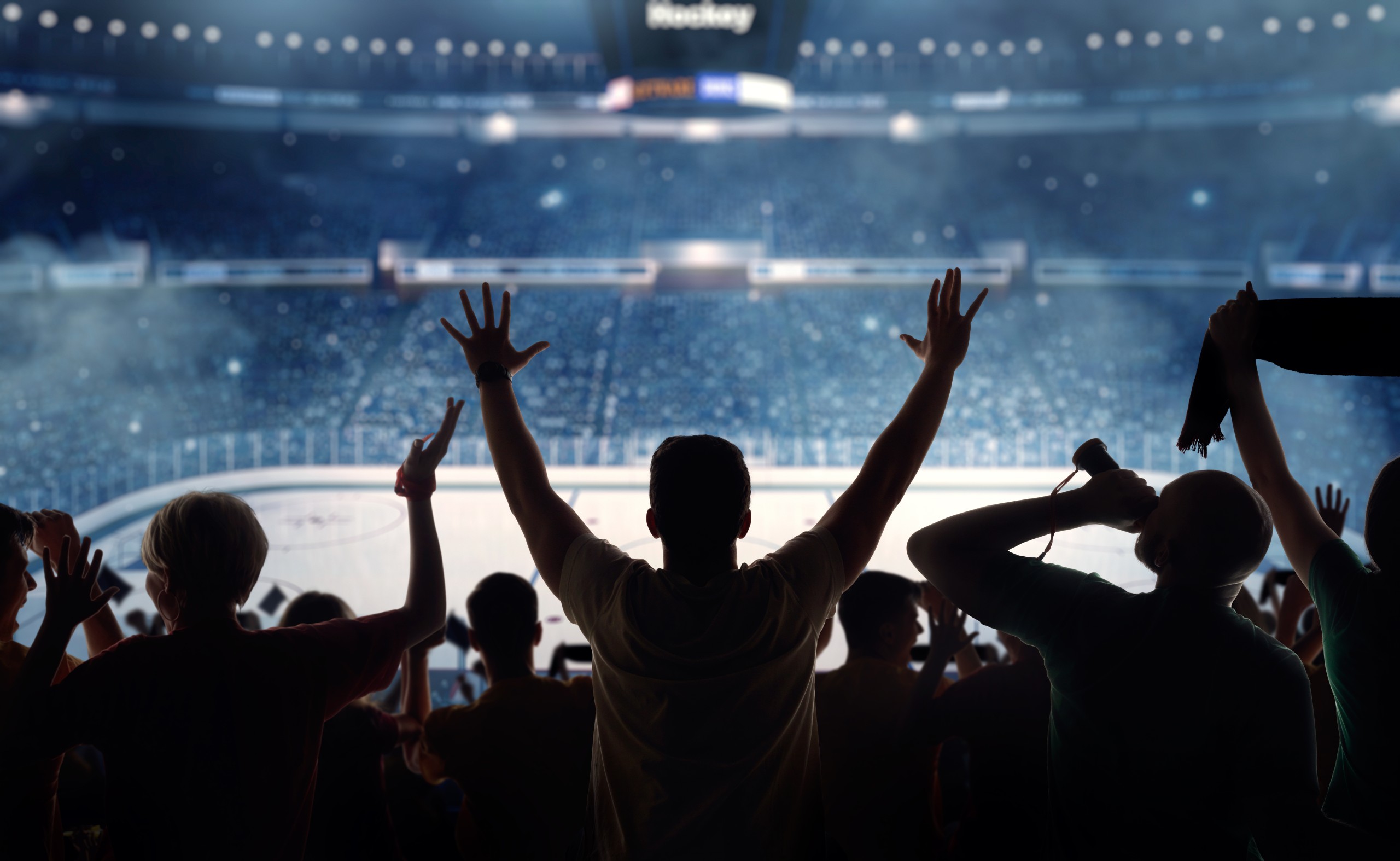 The Providence Bruins wrap up their thirteenth regular season on April 30, and next month will officially round out the brand’s third decade of existence.

The current top farm team of the Boston Bruins formally surfaced via press conference on May 22, 1992, filling a fifteen-year pro hockey void left by the Rhode Island Reds and arguably igniting the Providence Renaissance.

The new mark is no small milestone, as the P-Bruins have already been the American Hockey League’s third longest-serving active team — trailing only the Hershey Bears (established in 1938) and Rochester Americans (founded in 1956) — since 2005. Together with their community, they replenished the locale’s status as a signature AHL market, and the relationship’s give-and-take status has traveled two ways almost as often as a notable prospect plugging toward full-time NHL service.

Thirteen Rhode Island natives have suited up for their home state team, and others have served the Baby B’s in an off-ice capacity before ascending to “The Show” their own way. The following ten players stand out the most for any combination of their prolific productivity, distinctive achievements, contributions to the P-Bruins’ lore or staying power at the next level in Boston or elsewhere.

Noel Acciari: After helping himself to Hockey East’s two-way forward of the year award and Providence College to a stunning NCAA title in 2015, the Johnston-born Acciari had nothing left to prove in the amateur ranks. So he forwent his senior year and signed a two-way contract with the Bruins two months after the Friars’ championship victory over a Boston University team coached by Cranston’s own David Quinn.

Acciari’s entry-level deal meant riding the black-and-gold AHL-NHL shuttle for the next two seasons. In that time, he logged seventy-five games played for the P-Bruins, more than any other Rhode Islander so far. He subsequently landed a permanent roster spot with the parent club, and has since transferred from Boston to the Florida Panthers.

Dave Capuano: The Warwick native came back to the 401 area code to cap a five-year playing career as part of the P-Bruins’ sophomore season in 1993-94. With fifty-three points in fifty-one appearances, he finished fourth on that team’s leaderboard, and remains the highest-scoring Ocean State product to wear the eight-spoked P.

David Emma: Born in Cranston and educated at Bishop Hendricken High School, Emma became the first (and still only) Rhode Islander to win the Hobey Baker Award (the men’s hockey Heisman) as a senior at Boston College in 1991.

He built on that toward a ten-year career in the pros, and his path brought him back home through the Bruins system for the better part of 1996-97. Besides five games with Boston, he put in fifty-three appearances with Providence, tallying twenty-eight points and being one of thirteen players to log at least ten goals that season.

Dave Goucher: Together with longtime Providence radio personality John “Coach” Colletto as his color commentator, Goucher lent an authentic local spirit to the P-Bruins broadcast booth in the mid-to-late ’90s. A former player at Pawtucket’s Tolman High School, he rose to a play-by-play job at the sport’s second-highest level two years after graduating from Boston University. For the next five seasons, he relayed the finest details of every home and away game, and established a signature habit of calling good-guy goals with a standard pitch of excitement versus opposing goals with a deflated deadpan.

Goucher was behind the mic for the franchise’s ultimate high when they capped a year of historic dominance as 1999 Calder Cup champions, then got his own ultimate call-up to the Boston Bruins radio network a year later. He stayed in the Hub through 2017 — and immortalized another banner year when he exclaimed “Get the duck boats ready!” as the B’s clinched the 2011 Stanley Cup — then moved out west as the first TV voice of the expansion Vegas Golden Knights.

Rob Gribbin: A Providence firefighter and season-ticket holder, Gribbin twice lent the P-Bruins another emergency service as a backup goalie. During their inaugural season, he saw eight minutes of action, stopping both of two shots faced in a 7-3 loss to the Adirondack Red Wings. He later suited up and watched from the bench as the team wrapped up the 1999-2000 regular season with a 2-1 overtime win over the Hartford Wolf Pack (a distant reincarnation of the Reds).

More than a decade later, Gribbin got a third go-round, albeit a far less formal one, as the netminder for a one-off P-Bruins alumni team in a November 2011 scrimmage against the Boston Bruins alumni squad.

Jeff Jillson: Hailing from North Smithfield, Jillson was part of the great Mount Saint Charles state championship dynasty, then took his first-round NHL Draft talents to the University of Michigan for three years, followed by the San Jose Sharks organization.

Midway through his second pro season in 2002-03, he returned home when the Bruins acquired his rights and assigned him to Providence. The two-way defenseman stayed there for the balance of the season, scoring twenty-six points in thirty games plus two assists in four playoff games. Jillson built on that toward a permanent position in the NHL at Boston’s next training camp.

Steven King: A generation before Acciari, King completed the scholastic-collegiate-professional hat trick of representing his home state on the ice and fueled a local team’s championship run.

A product of East Greenwich and Brown University, he bounced around the NHL and high-end minor leagues for eight seasons before the Baby B’s brought him on board late in the 1998-99 regular season. He proved a crucial cog in the playoffs with eleven points, including four goals in the Calder Cup Finals — most notably a triple-overtime clincher in Game three, four nights before he and his teammates paraded the prize around the Providence Civic Center.

Jim Martin: Like many of the names he called, the public address voice Martin spent the mid-’90s shuffling his ice-level talents between the Civic Center and the old Boston Garden. Like a more select group of aspirants, he permanently landed on Causeway Street after the new FleetCenter (now TD Garden) opened.

But even after delivering his last announcements to the P-Bruins masses, Martin could not stay away from Rhody. He kept his home in Coventry, and continued performing PA duties at Pawtucket Red Sox and PC men’s hockey games that did not conflict with his Boston Bruins duties, which he capped upon retiring in 2019.

Drew Omicioli: His career with the P-Bruins consisted of a six-game amateur tryout following his senior season at Providence College in 2002, but Omicioli made his mark on the team a decade earlier.

When Providence confirmed it was bringing back a hockey-centric family experience, the floor was open for local children to christen the franchise’s new mascot. A then twelve-year-old West Warwick resident, Omicioli successfully suggested Sam Boni, a pun on the ice-making vehicle that entrances young and young-at-heart spectators between periods.

Ben Schwartz: Schwartz was barely aging out of eligibility for the aforementioned Sam Boni’s “Cub Club” when he started making a distinct mark on the P-Bruins game-day experience.

In 2001, the newly rebranded Dunkin Donuts Center welcomed a thirteen-year-old organist — easily the youngest hire in his line — who proceeded to spend the majority of his adolescence tuning the old-fashioned instrument for the listening pleasure of Baby B’s ticketholders. Schwartz stuck around through college at Brown, then followed his musical prowess to the West Coast.

Al Daniel is a freelance features writer and a rigid Rhode Islander at heart no matter where he goes. Follow him on Twitter @WriterAlDaniel

The Rhode Island Nine: Baseball Players Who Made the Big Leagues