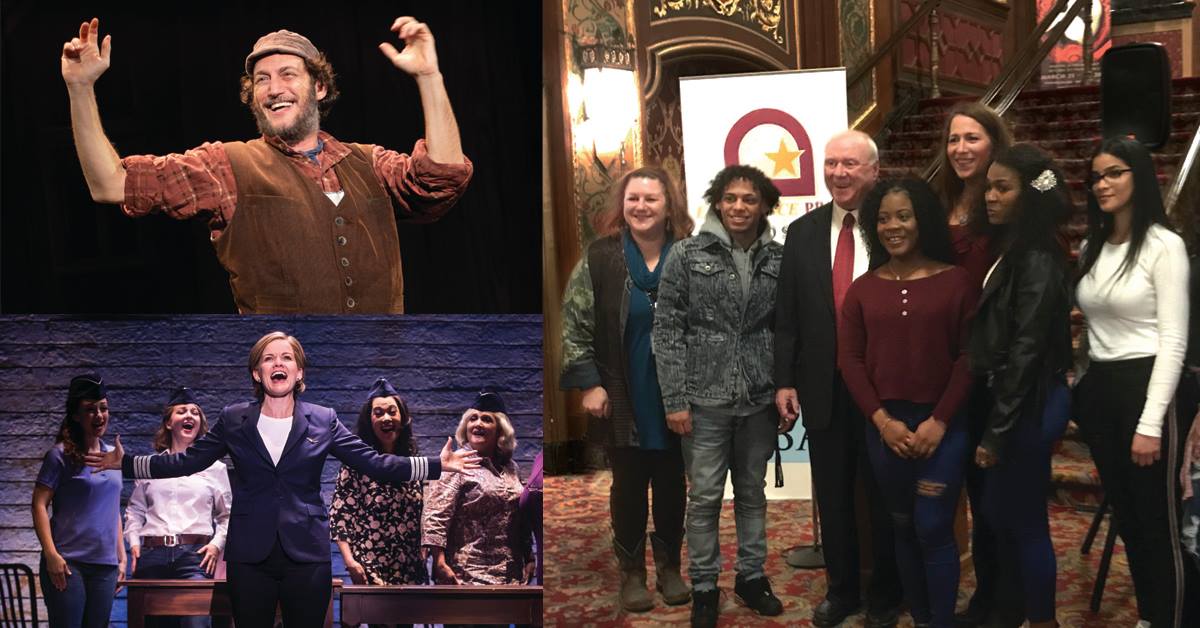 The Providence Performing Arts Center announced a new education initiative, “Experience PPAC,” for the upcoming 2019/2020 season. The program, introduced by board chairman Joseph W. Walsh, will give every Rhode Island tenth grader the opportunity to see a Broadway show at the theater. Rhode Island Monthly magazine and PPAC have also teamed up for years on a similar education initiative called “Learn it to Earn it,” which sends students from Central Falls High School to see a show for free at PPAC every year.

The “Experience PPAC” program will provide PPAC and its employees a chance to give back to the community that has supported them since the theater’s opening in 1928. For around forty years, PPAC operated as a vaudeville theater, before turning into a cinema. But in the ‘60s and ‘70s when people began to move out to the suburbs, movie theaters went with them. PPAC lost business and eventually closed its doors.

“It was supposed to be a parking lot,” explains Walsh at a press conference on Tuesday morning. “It was saved by the business community of downtown that wanted to keep it open and made it into a performing arts theater.”

With the support of a brand new staff, the surrounding community and local government, the theater was renovated to accommodate a new generation of Broadway. With an expanded backstage area, PPAC could finally host shows like Les Misérables, Miss Saigon and Phantom of the Opera.

“We are now one of the premium venues for off-Broadway in the country,” says Walsh. “That is because the community invested in this theater. And that’s what we’re doing today.”

PPAC has partnered with First Student, a bus transportation company, to provide both tickets and transportation to the theater free of charge for high school sophomores in Rhode Island. Dana Brazil, the director of education at PPAC, announced the shows available to students during the 2019/2020 season. These include Come from Away, the true story of what happened when thirty-nine planes were ordered to land in a small Newfoundland town; Fiddler on the Roof, the story of one man’s attempts to maintain his Jewish faith and traditions in Imperial Russia; as well as a third, unreleased option. Students are invited to see Thursday morning matinees, with Come from Away on December 5 and Fiddler on the Roof on Feb 6.

“We were able to have a pilot of the program, so we could learn how to execute it really successfully for next year,” says Brazil.

Most of the students in attendance had never experienced a Broadway show before.

“It gave us the chance to dive into something new, fun and interesting,” said West Warwick student Johnna Gallo, of the show and supplementary school curriculum. Another tenth grader who studied the novel by Gaston Leroux said the music made the material come alive even more.

“I didn’t have the opportunity to attend [plays] back in my country,” says Peterlyn Zeonweh from Central High School at the press conference. “It also inspired me to become an actress.”

Next year Experience PPAC will bring musicals to life by working in close collaboration with each school district. Show study guides will allow students to engage with the educational material and creative concepts of the PPAC shows, as well as gain a valuable education in the arts as a whole.

Because people invested and trusted in this theater, we are now able to support the community at large,” says Walsh. “Through this program, we are ensuring that every student in Rhode Island will ‘experience PPAC’ and the world of Broadway.”

Who Knew: This Purple Victorian in North Kingstown is a Pig Sanctuary