Ian and Morgan Gormley launched a Kickstarter campaign to help support a brick and mortar barbecue restaurant in Rhode Island. 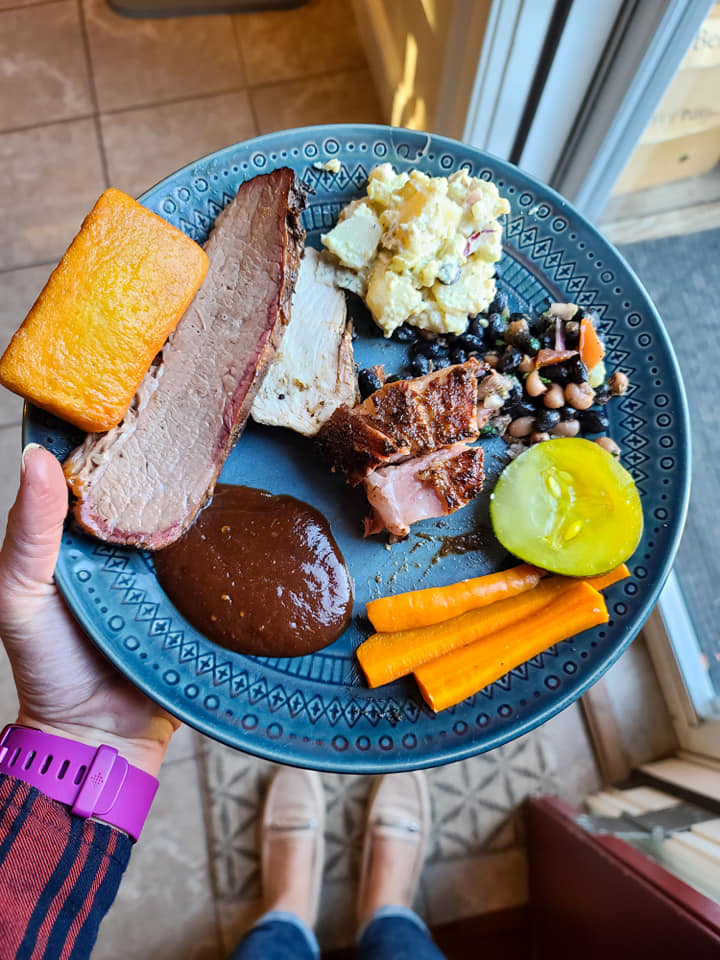 Early 2020 was not the time to start a grazing table food business. But Our Table owners and married couple Ian and Morgan Gormley found out the hard way.

Their business initially offered a large charcuterie grazing table at breweries, which was stocked with cured meats, cheese, pickles, crackers, whoopie pies, fresh fruit and more, plus they did tapas-style prix fixe dinners for service. But when COVID-19 took hold in the area, they had no choice but to head in a different direction.

“People loved it. It was different. They were like I have never seen anything like this before, and then COVID happened,” says Ian Gormley. “When we had to shut down, it gave us some time to really think it through, like what are we going to do? We knew we were going to have to change everything.”

Once businesses were preparing to reopen again in May, Buttonwoods Brewery reached out to the Gormleys about providing food for the grand reopening. Ian, who started cooking when he was nine with his mom, and has a background working in restaurants, decided to do barbecue. He had traveled through Texas doing research at barbecue joints, and read all the books and watched all the documentaries on renowned barbecue pitmaster Aaron Franklin. He perfected his recipes and smoking methods for brisket, ribs and chicken, and the couple adopted what they thought was a temporary concept. Morgan runs the schedule and the books side of the business while baking up desserts like whoopie pies and other items to pair with the ’cue.

“We planned on doing barbecue for this one event, and everyone kept coming up to us afterwards like, ‘When are you doing barbecue next?’ They said, ‘You have to keep doing this,’” Ian says.

Since then, they’ve made barbecue their new pop-up business model, providing consistent takeout and meals at local breweries on a rotating basis on weekends. You can order platters of food that feed two to three people or four to six with plenty of smoked chicken and beef brisket with potato salad and cowboy caviar, plus cornbread, or you can choose separate items. They also cater small events.

There’s one regular couple who has followed them to each weekend pop-up because they love the food so much. “We are pretty consistently at Buttonwoods and Long Live Beerworks,” says Ian. “They are two of the original places that gave us a chance when we first started out.”

Interest has been so high that they have launched a Kickstarter campaign to raise funds for a brick and mortar restaurant in the future.

“I would like to do a true Texas-style barbecue place, where we open at 10:30 in the morning and run until we sell out,” Ian says. “On Friday, Saturday and Sunday nights, I’d like to go back to our roots and offer our prixe fixe dinners again.”

They need more space to provide more food for more people. “Barbecue requires lots of time and dedication, spending over sixteen hours a day smoking meats for each event, while trying to add more food, which requires even more space and bigger equipment,” Ian says. “We are looking to find our brick and mortar home that we can grow into while becoming an attraction for the city and help our community along the way.” 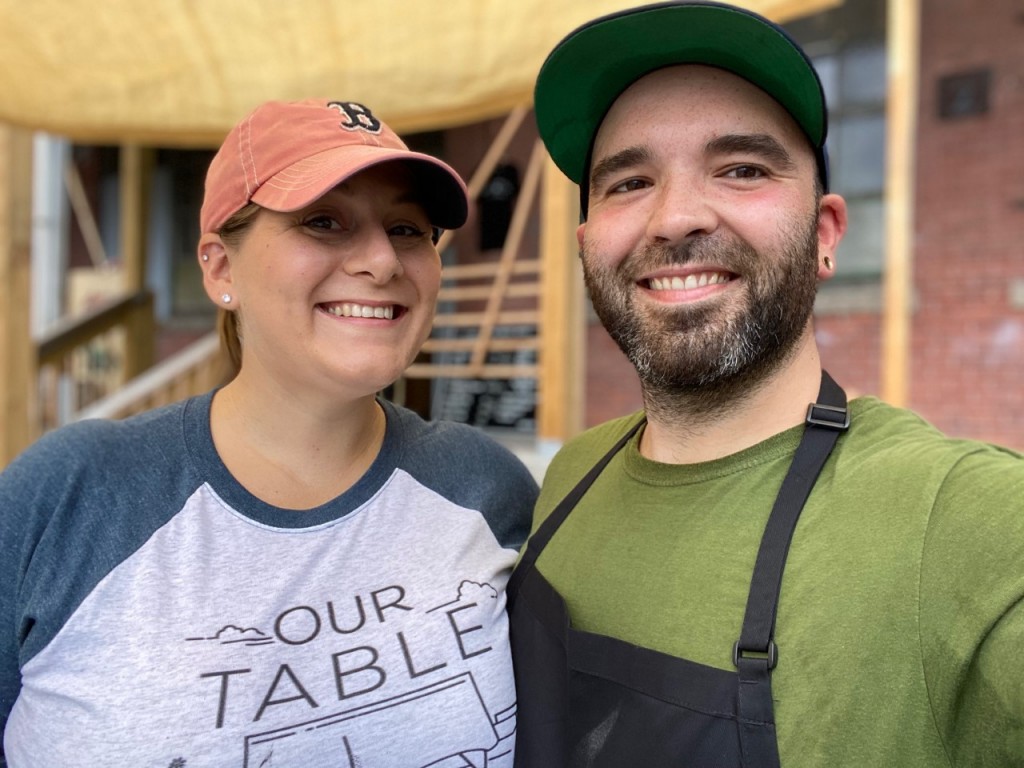 Morgan and Ian Gormley of Our Table.

The plan is to open up their kitchen for other food businesses to use during their off-hours, and they’d be willing to provide some guidance for launching a mobile pop-up restaurant as part of the package. “We know how hard it is, so we just want to try to make it a little easier for everyone else,” he says. “We can offer guidance on licensing and fees and stuff like that.”

Some of the Kickstarter rewards for the campaign include a $50 dinner for two, plus a 15 percent discount on food for an entire year. They will also offer tickets to their soft opening once it happens, and rewards that could be claimed to cater small weddings or private parties at an affordable cost.

They are looking at a potential building in North Providence, where they’d like to have a food hall-like atmosphere. “It has huge potential and is in a great location,” Ian says. “It’s a nice big brick building with lots of land, so we could have outdoor seating and maybe grow some produce.”

Help support the Kickstarter campaign, and visit them next month on October 9 at Long Live Beerworks and October 10 and 11 at Buttonwoods Brewery. Follow Our Table on Instagram at our_table_ri.