About five months ago, the owner of the historic hot wieners neighborhood fixture found out that the original, sixty-seven-year-old neon sign could not be restored. 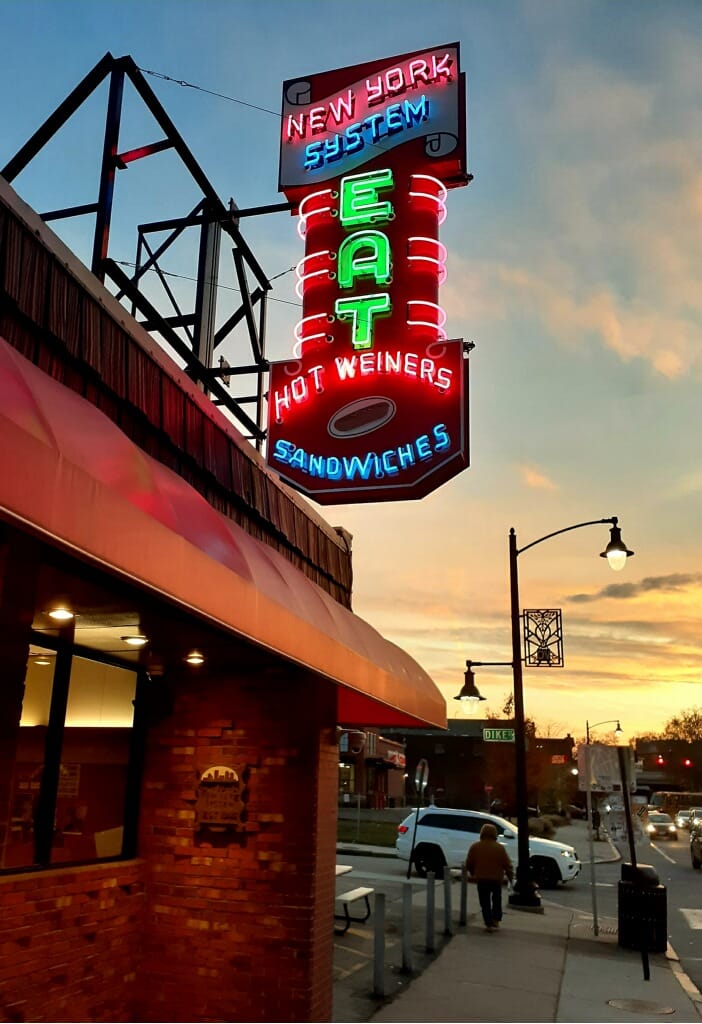 Bad news just turned into good news at Olneyville New York System in Providence. About five months ago, the owner of the historic hot wieners neighborhood fixture found out that the original, sixty-seven-year-old neon sign from 1954 had deteriorated so much that it could not be restored. Over the last twenty years, a fabricator named Mario had repaired the sign on a periodic basis to keep it running until they discovered that removing the neon would not save the iconic marker.

Olneyville New York System owner Greg Stevens posted on Instagram: “Upon further inspection, it appears our sign has deteriorated to the point that it may not be able to be saved. Rust has [weakened] it where we may have no choice but to fabricate a new one…stay tuned.”

After going through the pandemic, Stevens was stunned that he had to replace the sign in addition to all the restaurant had just gone through, closing for takeout-only for a period of time, and then slowly reopening for dine-in service. “I always say how I think the secret to our success is keeping everything the same, and that’s tougher than it seems,” he says. “When I realized the original sign was rusted beyond repair, I was scared that its replacement wouldn’t be the same.”

It took about a month to get to the next step. Stevens consulted with Shawn Gilheeney from Providence Painted Signs, and the two business owners spoke in-depth about what it would take to replicate the sign and who they could tap to get the job done right.

“We talked about the total replacement and he accepted the challenge. He was able to put together a group of contacts and friends in the sign business, and he found the neon tech and fabricator and said yes, he would be able to do this,” Stevens says. “He had never done something like this before with neon. He put these people together and I was thrilled.”

Gilheeney says it was more about doing his part to preserve the neighborhood, as he has lived on that side of town since 2003, and founded his business in 2012. The group of local craftspeople and businesses that helped him create the new neon sign included neon techs Elizabeth Potenza and Geometric Folk, and neon fabrication was commissioned to Nebula Neon in Brooklyn, New York. Welding company Old Bristol Line Fabrication Company facilitated the work on the frame, and The Wurks wood, metal and print shop completed the aluminum fabrication. Local business Steel Giraffe crane moved the original ten-foot, 600-pound sign and installed the new one.

One of the biggest challenges was choosing a new color to match the original red hue of the sign. “During the process, I would keep checking in. The thing we were worried about was getting the right color. I even put the shades up on Instagram and asked everyone to help pick the right red,” Stevens says. “I left the rest up to [Shawn] and all the people he worked with and when it was finally painted, it was a bit deceiving seeing it in his shop. I wasn’t sure, but I was confident it would be great.”

Fabricators started by painting and priming the body, then installed the structural pieces.

Here are some pics of the crew getting ready to raise the sign.

Here is the installation of the new sign on Monday.

After they turned on the neon in the new sign Wednesday night, Stevens says he was impressed. “Looking at it, it was somewhat surreal, because I remember that original sign from forty years ago when it was in much better condition and it looked amazing,” he says. “That first night the neon came back on on, I was literally spellbound by how much it looked like the original. Pictures do not do it justice. To see it in person is really spectacular.”

Likewise, Gilheeney felt an enormous sense of relief. “It was something I had been obsessing over to make sure it came out right,” he says. “It’s our mission to preserve sign painting as an art form and keep the tradition alive.”

He says there are not many hand-painted sign artists left, and he expects that neon work will also pick up for neon tech Potenza after this project. 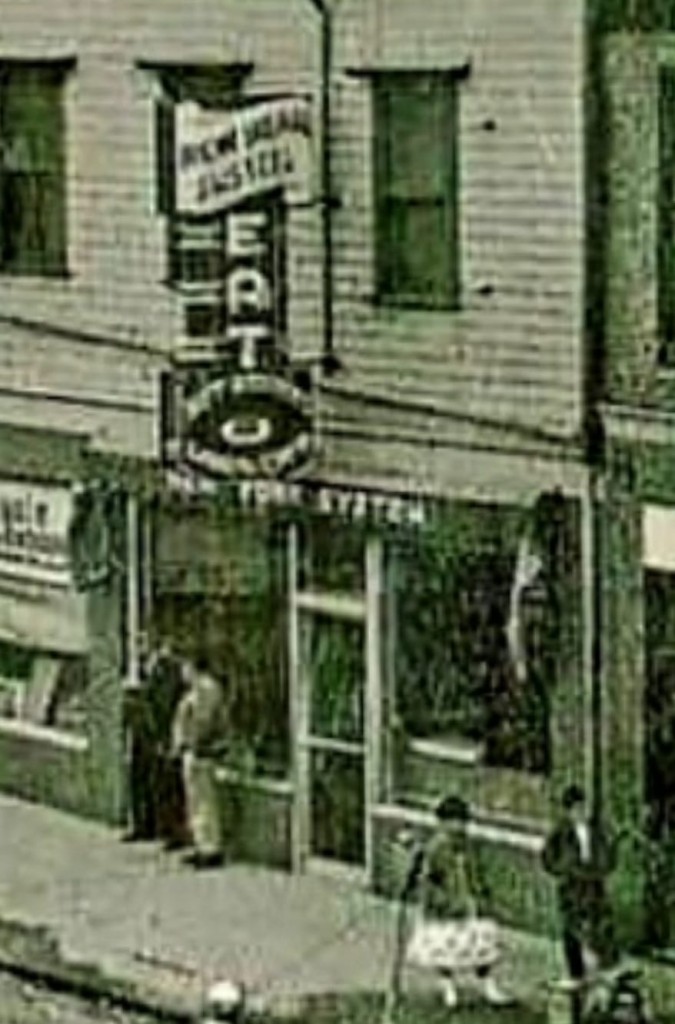 This is the oldest photo Greg Stevens has of the original Olneyville New York System sign from 1960.

But now for the question that everyone is asking: What about the old sign? Stevens is considering having it “displayed in a secure, public location for all to see.” He has some ideas, he just needs to connect with the right people to find a new home for the ten-foot, 600-pound iconic, Providence fixture. Where do you think it should go?

Go check out the new neon sign as it lights up the night once again. Olneyville New York System is open seven days a week, Sunday to Thursday from 11 a.m. to 2 a.m. and Friday and Saturday from 11 a.m. to 3 a.m. Aren’t you in the mood for hot wieners and a coffee milk right about now?