Explore the grounds of Mount Hope Farm with the new tour app, which takes visitors on a scenic and historic journey. 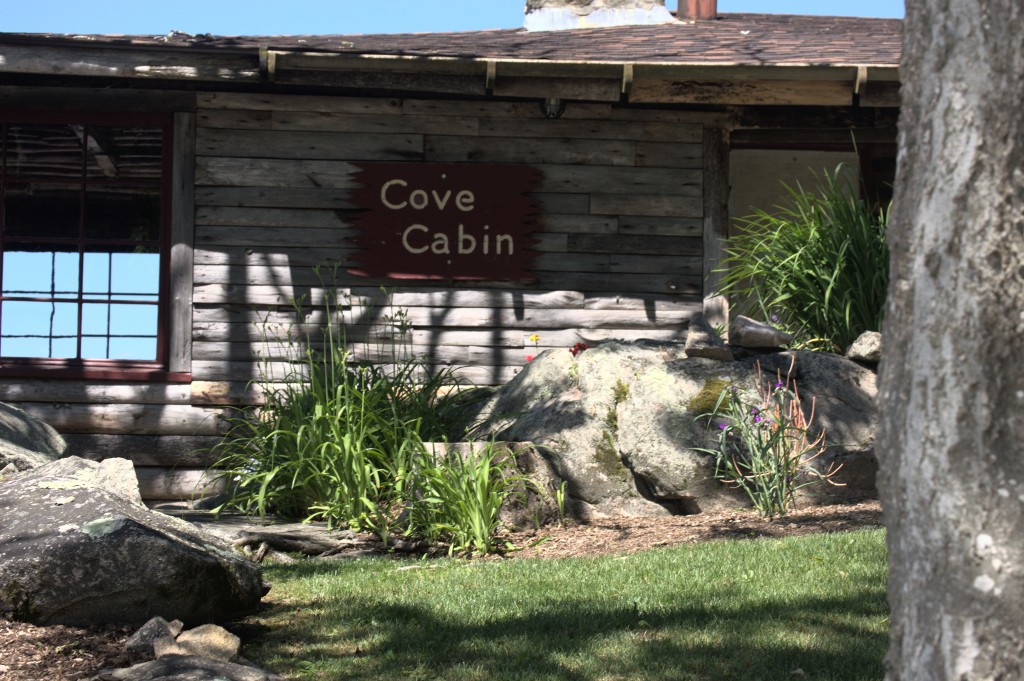 The new Mount Hope Farm app allows visitors to take a self-guided tour around the farm and learn about the town of Bristol. Photography by Ashlyn Messier.

I have no idea how I’d never been to Mount Hope Farm, considering I have lived in little Rhody my entire life. I love exploring new places, but they can sometimes just be outright confusing, especially those with lots of walking trails and different things to see. “Did I take a wrong turn?” “Am I still on the trail?” “What am I looking at right now?” Luckily, Mount Hope Farm has  created a self-guided tour app that answers all of these questions.

When my sister and I arrived at the farm, I searched “Mount Hope Farm” on the app store on my phone and the free app came right up, so we started our tour immediately after downloading it. We did the tour a bit backwards since the app allows you to take whatever route you want. We started at the gate, which was marked as the ninth stop on the tour, and walked all the way to the last stop, which was Cove Cabin. We then turned around and walked back to the beginning of the tour to see everything at the entrance.

The walk from the gate to Cove Cabin was about one mile, but it was where we learned the most history. The app had a tour guide of sorts that would talk about each stop on the tour. I love going on guided tours to learn more about where I am, and this felt just like that, except it was all on my phone.

Since everything was right there on the palm of my hand, I could pause if I needed to and look on the map to see exactly where I was. Another great thing about the tour is you can make your walk as long or as short as you want; you can walk down the road or go on a two-mile walk. When my sister and I got there, we didn’t know how long the tour would be, but we wanted to see the entire farm. My jeans and my sister’s flip flops didn’t make for great walking outfits, so make sure to dress accordingly if you plan on walking for a while.

Different features of the app include the walking tour with a “tour guide” telling you where to go and giving information about each tour stop, as well as a written version of what is said about each location if you prefer to read as you go instead of having the information read to you. There’s an overall map that shows the various parts of the farm, which we used on our way back to make sure we were headed in the right direction.

Throughout the walk, there were some pretty lookout points where you could see Mount Hope Bay. This was a perfect spot to snap some pictures of the beautiful view. Before the tour I didn’t know there was a small rocky island called “Seal Island” in the bay right near the shore, where you can often see seals during the winter months. At the end of the tour, the bay can also be seen from Cove Cabin.

I’m not the biggest fan of history lessons, but I found the information given to us through the app really interesting. I enjoyed hearing about the history of Bristol while exploring the place. The tour mentioned the history of the Pokanokets, Roger Williams, and King Philip’s War. All of the parts containing history about Bristol were brief, so the information wasn’t overwhelming. 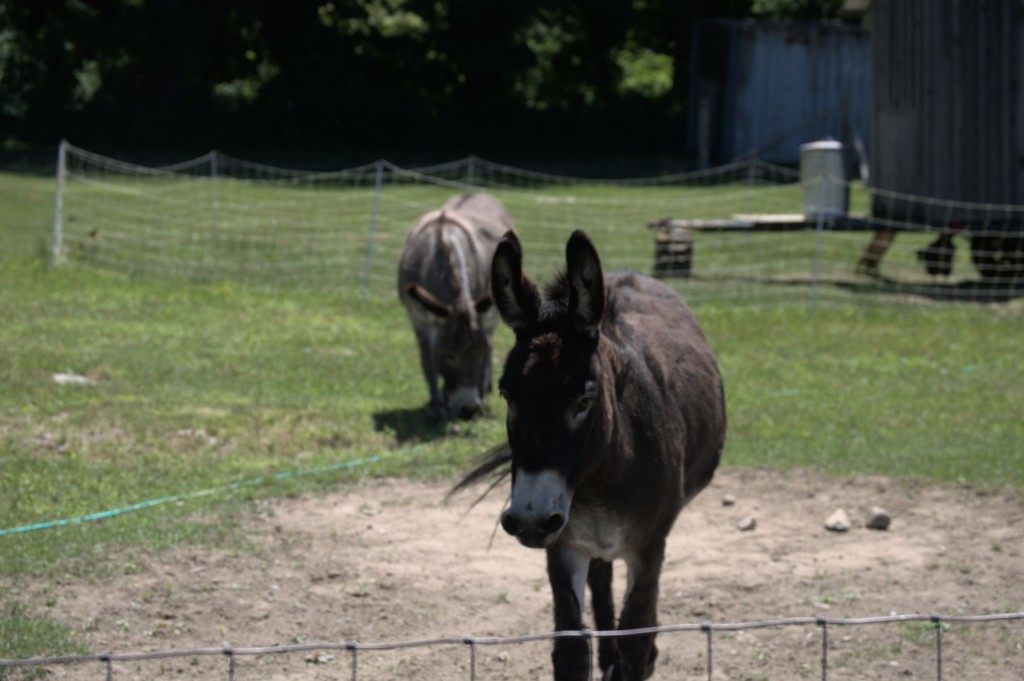 On our way back, we stopped by the barn where many weddings are now held, as well as goat yoga. We also visited the animal pen, which was my favorite part of the farm. I learned that the farm is home to twenty-six Nigerian dwarf goats, weighing between sixty to eighty pounds and live for about twelve to fourteen years. There are also two Mediterranean miniature donkeys that are twin brothers named Jacob and Esau, as well as two full-sized donkeys named Anna and Junior. According to the app, a standard donkey can weigh up to 1,100 pounds, and they can live from thirty to fifty years. All of the animals were so friendly and walked right up to the fence. I love visiting farm animals, and it was nice to learn some facts about them along the way.

After all of that walking, we started to get hungry, so for lunch we took a seven-minute drive to Beehive Cafe, which has a lot of delicious food options, as well as indoor and outdoor seating. I ordered a turkey sandwich and enjoyed the warm weather at one of their outdoor tables.

If your legs are up for it, take a little walk down Hope Street after lunch, where there are tons of historic houses like The Joseph Reynolds House, the Linden Place mansion which serves as a museum and wedding venue, or maybe the Bradford-Dimond-Norris House built in 1792. The shops are also fun to explore before taking a trip to Colt State Park if you need a place to relax.

The next time you want to get some fresh air and do some exploring, visit Mount Hope Farm and download their self-guided tour app to learn even more about the farm. Make sure to visit the cute little goats and not-so-little donkeys Anna and Junior; seeing those adorable animals will definitely put you in a good mood.

40 Things to Do, Eat and Hear in Rhode Island in July

A Night Out at Providence’s Roller Disco