Show off your red, white and blue pride with these fun activities. 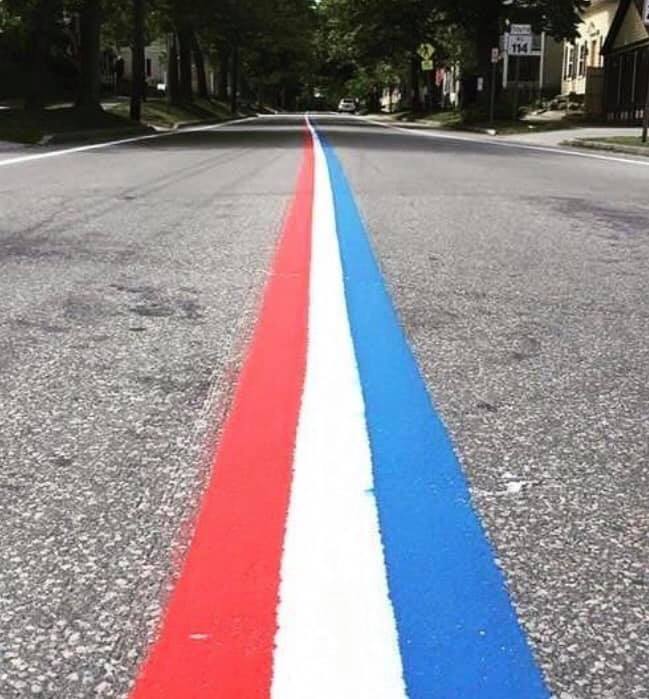 Photo from the Bristol 4th of July Facebook page. Photo by Bristol Fourth of July Committee.

Fourth of July festivities are back in full force this year with many events taking place across Rhode Island to celebrate our country’s independence. From parades to fireworks displays and concerts, there is something for everyone this Fourth of July.

Celebrate the the birth of our nation in style with a traditional New England lobster boil, BBQ fare, inspired sides and desserts at the Ocean House in Watch Hill. With the ocean in the background, this is a great location to enjoy a relaxing evening with a fresh selection of specialty cocktails, beers and wines. Stick around till night to witness a magnificent fireworks display over the Atlantic.

How to get a reservation: Reservations can be made online here. Tickets are $175 per adult, $75 per child ages four to twelve and complimentary for ages three and younger.

Head to the Weekapaug Inn for a classic, family-friendly New England lobster boil. The chef and his team will be on site boiling the fresh lobster over the fire pit. Guest can also indulge in a buffet filled with more summery seafood, barbecue fare and vegetarian options as well as an open bar equipped with house wine, beer and cocktails. The evening will finish off with ground “fountain fireworks” that will delight the whole family.

How to get a reservation: Reservations can be made online here. Tickets are $200 per adult, $125 per child ages four to twelve and complimentary for ages three and younger.

The Bristol Fourth of July Parade will retain its title as the oldest continuous fourth of July celebration in America with a parade on Monday, July 4. Beginning at 10:30 a.m., the parade will step-off at the corner of Chestnut and Hope streets and end on High Street between State Street and Bradford Street. The parade will feature fun floats, marching bands, local personalities and more.

The Bristol Fourth of July Concert series kicks off June 20 and goes all the way through July 3. Free to the public, the series lineup includes everything from instrumental performers like the East Bay Wind Ensemble to ’70s hard rock band Crushed Velvet.  Guests can set up their chairs and blankets prior to the show. Times for each show vary, so check the website to see when each show starts.

There will be a free event at Old Mountain Field in Wakefield on July 4. There will be a concert by Take it to the Bridge, followed by a fireworks display at 9 p.m. Guests are welcome to bring blankets and folding chairs.

Head over to Narragansett Town Beach for a day full of fun, fireworks and music. There will be a free concert featuring Brass Force from 3–5 p.m., followed by a fireworks display at dusk.

The South County Museum will hold its annual Fourth of July Chick Hatch in the museum’s Metz Exhibit Hall from 10 a.m. to 2 p.m. Visitors will have the rare opportunity to observe chicks hatching in the incubator, hold day-old chicks and view the Rhode Island Red Heritage Flock at the museum’s Living History Farm.

On the Fourth, the Newport Historical Society presents an Independence Day tour which highlights Newport’s role during the American Revolution. Visitors are provided with an educational experience that will give them a deeper appreciation for the local area.

How to get a reservation: Tickets are available online here and must be purchased in advance.

On Monday, July 4, the Colony House in Newport will continue a years long tradition and once again open its doors to the public (thanks to the Newport Historical Society). Starting at 9 a.m. visitors will have the chance to explore the first floor. At 11 a.m., the Sons of the Revolution will read the Declaration of Independence from the house’s front steps. Following the reading, the Artillery Company of Newport will fire a 21 Gun Salute in Washington Square.

Fireworks at Dusk on Block Island

Start your celebrations early with Block Island’s annual fireworks display on July 1. In a first for the tradition, the fireworks will launch a barge off Crescent Beach, allowing you to see the spectacular sight from wherever you choose to spend the night on the island.

Featuring floats, bands and marching, Block Island’s Independence Day Parade kicks off at 11 a.m. It will depart from Veterans Park, across from the Oar, and will come to an end at the Statue of Rebecca in Old Harbor. The theme for the parade this year is “Celebrating Block island” and will encompass everything and anything you love about the island.

Have a Picnic at a Local State Park

Pack a meal of sandwiches, snacks and desserts and spend the day picnicking at a nearby park. For places with both water views and a woodsy feel, try Colt State Park, Goddard Memorial State Park or Burlingame State Park. Don’t forget games for you and your family and friends to play during your outing.

Spend the day playing in the water and building sandcastles with loved ones. Rhode Island State beaches are extremely popular and are a great way to get outdoors. Beach rates and parking availability differ so be sure to check online for costs.

There are tons of firework shows happening in Rhode Island this year. Check out our fireworks guide to see if there’s a show happening near you.

The details: 9 Places to See Fireworks in Rhode Island for Fourth of July