Trails and Ales formed in 2020 as a way to bring women together during the pandemic, and has gone on to visit nearly every brewery in the state.

Several months into the COVID-19 pandemic, Susan Reardon had a thought: What if she gathered some of her female friends for a hike and a drink at one of Rhode Island’s breweries? Indoor socializing options were limited at the time, and many breweries had decked out their patios to attract visitors to the outdoor spaces.

“I had always liked hiking, but it just became during COVID very restorative,” says the Jamestown resident.

Reardon reached out to a few contacts, and after some nudging, a handful of local women agreed. The group set out in October 2020 for their first hike at Browning Woods Farm in South Kingstown only to discover it was hunting season, and they hadn’t brought any orange clothing. They prevailed anyway, stopped by Whalers Brewing Company for a post-hike drink, and a new tradition was born.

Two years later, Trails and Ales — the logo emblazons their matching hats — has grown to eight women, all of them moms from Jamestown in their 40s and 50s. The women had seen each other at kids’ sporting events and community gatherings over the years but hadn’t hung out as a group until the hiking club. Every month, they select a different hike around Rhode Island and then head to a nearby brewery, or sometimes two or three. In the past two years, they’ve embarked on about two dozen hikes and visited thirty-one of the state’s thirty-eight breweries and brewpub locations.

“As moms, we don’t carve out a lot of time for ourselves,” Reardon says.

Among their favorite hikes were Maxwell Mays Wildlife Refuge in Coventry and Neutaconkanut Hill in Providence. They also do urban trails, walking along the Providence River while visiting Revival Brewing Company and Union Station Brewery. Reardon selects the trails from the AllTrails website or Ken Weber’s Walks and Rambles in Rhode Island, and member Lisa Tuttle records the hikes and breweries on a spreadsheet. Tuttle says the men in their families liked the idea so much, they tried to start their own hiking and brewery club.

“They’re jealous. The men were going to do Males and Ales, but then it never got off the ground because they have no organization,” she says.

Along the way, they’ve encountered ticks, gotten lost in the woods and thought they were being shot at during one memorable hike in Tiverton (turns out it was just a gun club nearby). The women sometimes rely on each other’s high school-aged children to give the other kids rides to activities during their monthly excursions. Reardon says it helps to have a large passenger vehicle to shuttle around members. For the month of December, they decided to take a break from breweries and instead celebrate the Seven Cocktails of Christmas, a series of gatherings at each other’s houses featuring signature cocktails.

The women consider General’s Crossing Brewhouse in Jamestown their home brewery (Tuttle’s husband is a co-owner) and keep track of their adventures using the Rhode Island Brewers Guild Brewery Passport app. They’re on track to visit all the breweries by the spring, but they have no intention of stopping. Tuttle says they’ve considered starting on Rhode Island’s seven distilleries or returning to their favorite breweries when they hit the end of the list. 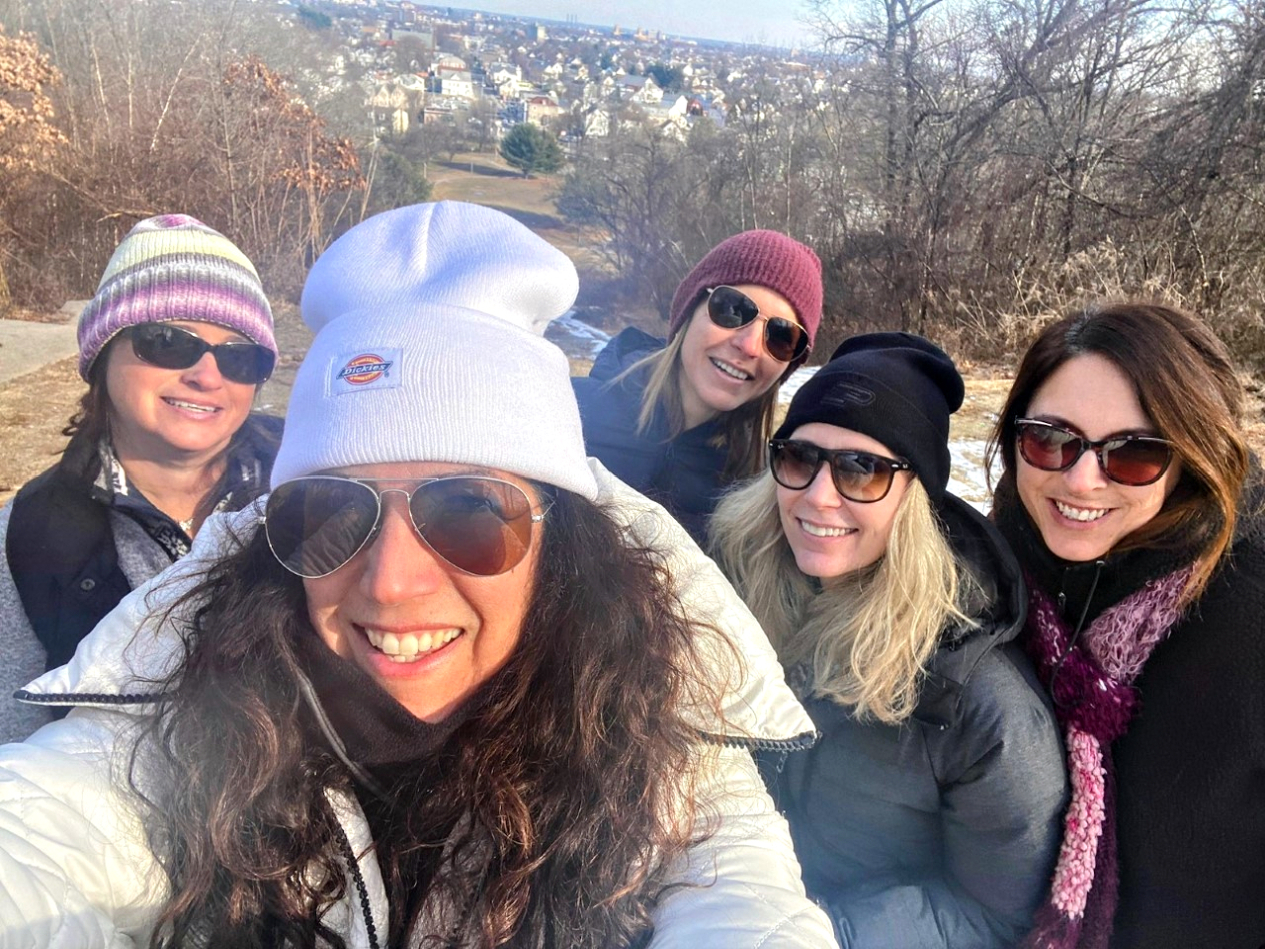