Siobhan Chavarria and team combine some tastes from her native Costa Rican homeland and her travels with ingredients harvested in and around New England. 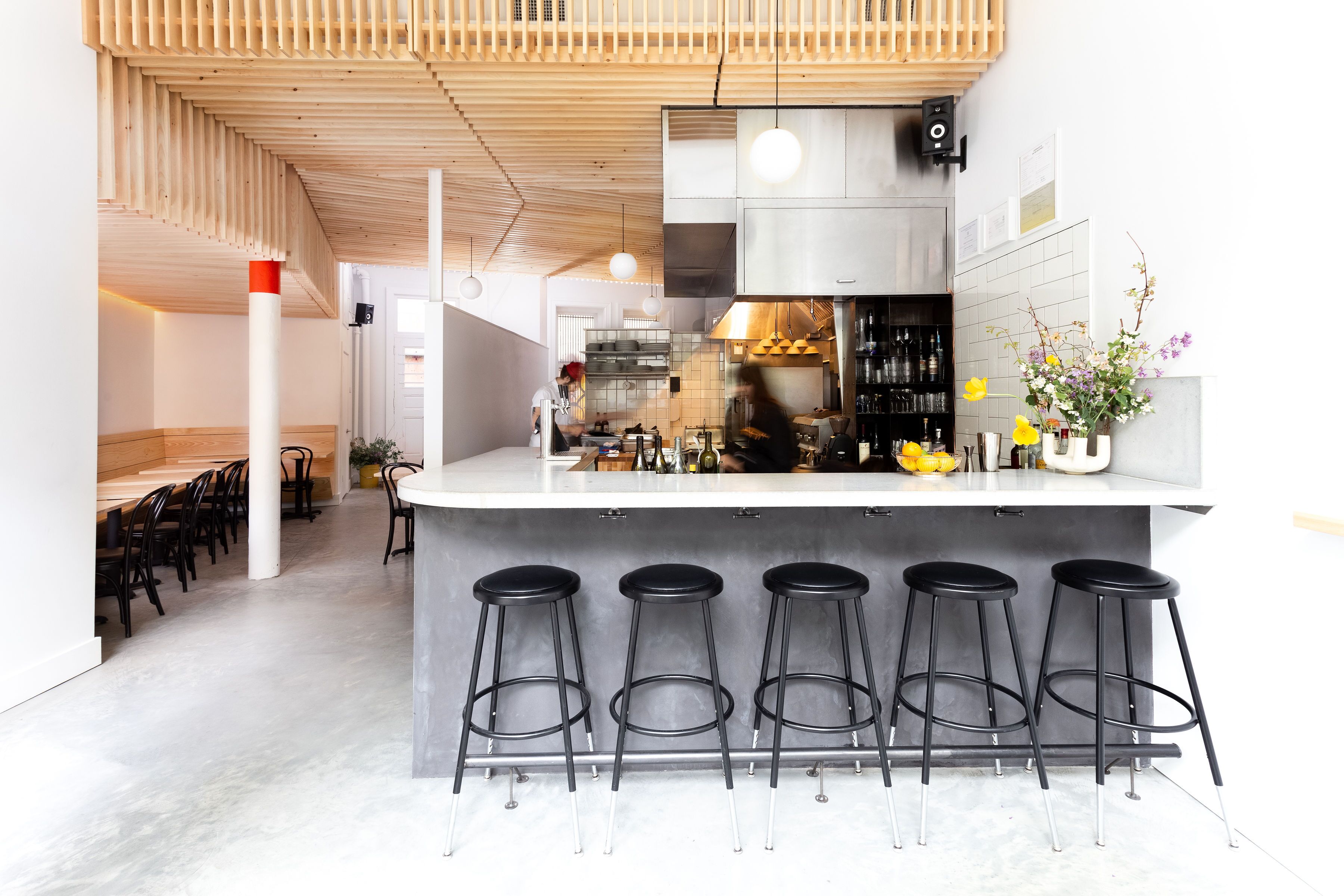 The kitchen at Berri in downtown Providence.

Restaurant owner Siobhan Chavarria was born in Costa Rica and moved to Rhode Island as a child. She spent her college years living in New York City, then traveled the world and shifted between the Ocean State and New York City several times along the way. Now she’s combining some tastes from her native homeland and her travels with ingredients harvested in and around New England to create her restaurant, Berri, in downtown Providence.

You might remember Chavarria from her days at Flan y Ajo, which she opened with her former partner nearly eight years ago. That tiny space morphed into Flan, which was located in the current Oberlin spot and then it closed. It left us with lingering flavors of jamón ibérico and pan con tomate that could never be duplicated unless we flew directly to Spain.

Chavarria’s latest incarnation is not a Spanish restaurant but it does have Costa Rican touches. Handmade tortillas are mixed from corn harvested on a small Mexican cooperative farm called Masienda. “You have to boil the corn the night before to break down the husks – that smell brings me back to the countryside and being in someone’s house and a sweet old lady actually making it from hand,” Chavarria says. “We serve fresh corn tortillas with a fresh cheese that we make and it’s so nostalgic of traveling on the mountainside.”

The small staff at Berri is made up of only three people at the moment, with hopes of expanding and experimenting more with the menu. The chef is Esteban Quijada Link, and Chavarria runs the restaurant and beverage program while also helping in the kitchen alongside staff member and Daylover farmer Ian Augustine, who contributes produce and herbs grown on his plot at the farm cooperative, Osamequin Farm in Seekonk, Massachusetts.

The Berri menu is influenced by Latin America, but the team also sources locally as much as possible, and if not local, then ethically, like the corn used in the tortillas and the beans for sopa negra. The black bean soup is served with celery, cilantro, rice and egg. “Some menu items are a lot more experimental, but the ones that remind me of a different place and a different time are ones that retain this kind of restraint, because it’s more about paying attention to subtle flavors,” Chavarria says. 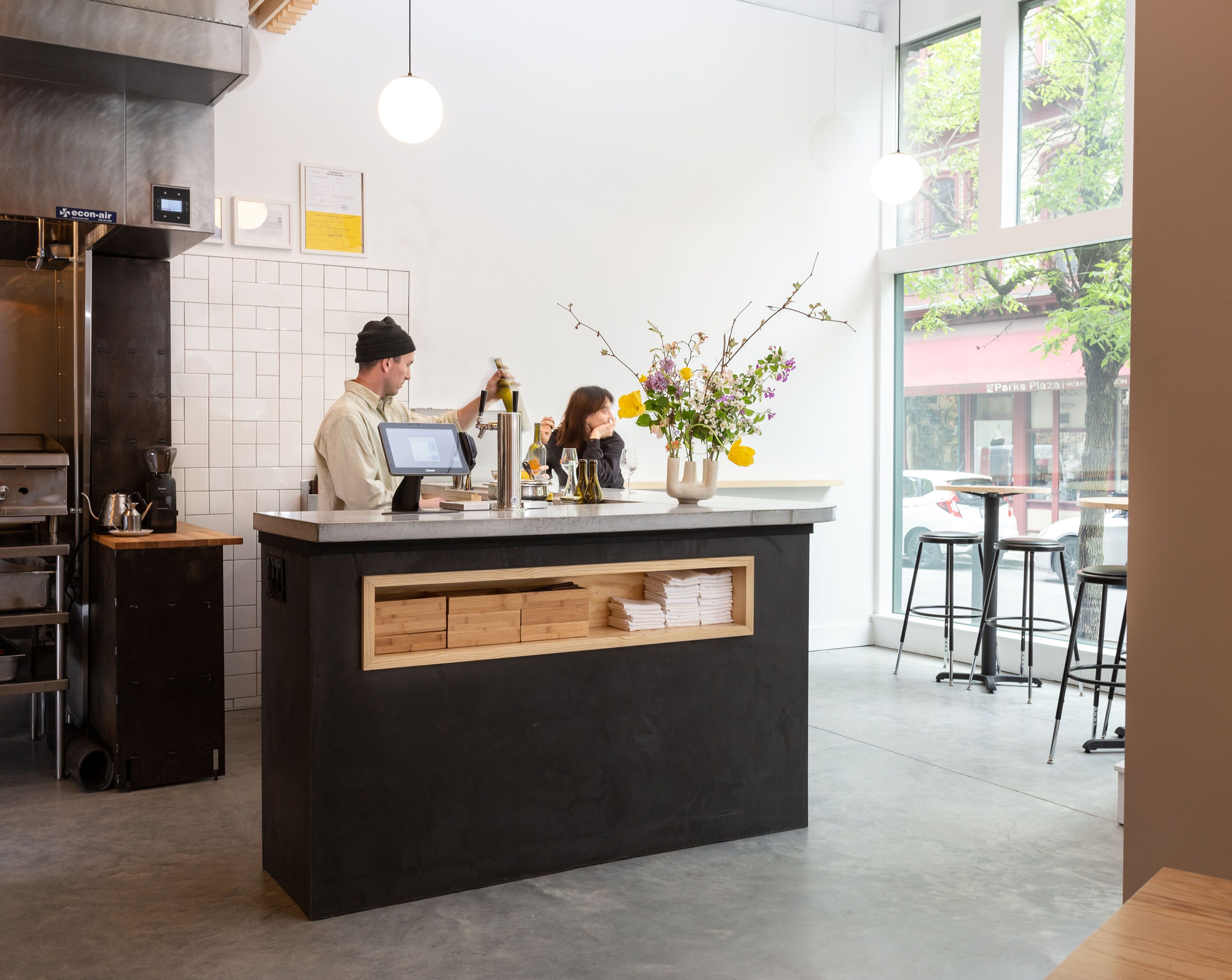 The menu is very small, changes often and is vegetable-focused, sometimes based on what Daylover Farm or White Barn Farm, out of Wrentham, Massachusetts, brings in from the harvest that day. The papas fritas and olives are a constant, as is the bluefish. They also prepare other fish dishes, when they can get their hands on good local seafood, usually from Andrade’s Catch in Bristol and Narragansett Bay Lobsters out of Point Judith. Berri also has a phenomenal natural wine selection, as well as cocktails, beer, grappa and amaros.

With the printed restaurant menu, Chavarria is realizing staff are more successful when they explain each dish in detail, so that guests can understand exactly what they will be experiencing. The queso on the menu is not queso fundido; what you will get is fresh cheese made in house and served with fresh corn tortillas. But if you have any questions, just ask. “I am trying to connect with people and share,” Chavarria says. “I am not trying to be pretentious or too exotic. We want the service here to be very friendly and helpful. Everyone who works here is always happy to answer everyone’s questions.”