Cool, quirky and classy dive bars around the state. 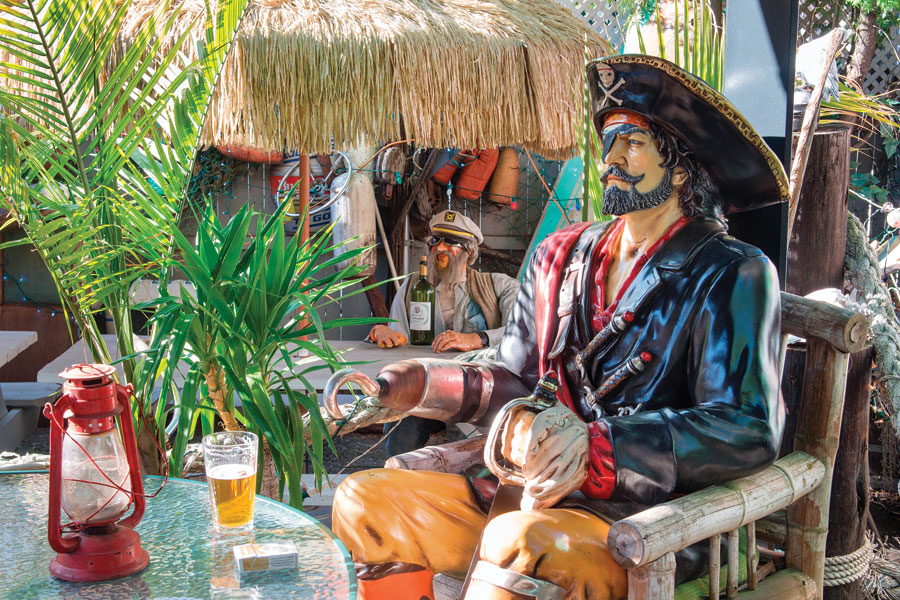 Sometimes you don’t want a fancy cocktail made with eight ingredients. Sometimes a good old ‘Gansett or a whiskey straight up will do it. When you’re in the mood for a simple drink or can of beer in a no-frills atmosphere, consult our list of classy dive bars in Rhode Island.

An Irish-style pub, the Wild Colonial is the perfect place to grab a Guinness (if you’re a traditionalist, if not, try one of the other amazing craft beers on tap), sit down and chat with friends, old and new, since nobody is really a stranger at this bar. With a rotating menu of craft beer on draft and a full bar, you can pick your poison or get a recommendation from the knowledgeable bartenders.

There’s a Pirates of the Caribbean twist to this tropical quirky dive bar. The “everyone’s favorite neighborhood bar” vibe combined with nautical décor and a delightfully tacky patio make this a not-to-miss destination for a night out. Cheap beer and standard cocktails (rum and coke – made with Captain, of course!) are can’t-go-wrong classics.

Scurvy Dog serves up local brews and mixed drinks with a taste of punk rock and heavy metal. The garden offers a great spot to sit and relax with a drink if you’re in the mood for something quieter. Get there before dark to watch the picturesque sunsets over Olneyville.

Normally when people say, “a hole in the wall,” they’re not referring to anything good, but the opposite is true for Wickenden Pub. Seemingly carved out of the earth on its namesake street, this dive is all about the craft beer, with selections from around the world. If you can manage to drink each of the more than ninety-nine beers from around the world – nineteen of which are on tap – you get to join the Beer Club. Time to get started!

Not quite a speakeasy, but not quite a dive either. The list of cocktails can’t be beat, especially if you’re a fan of Moscow Mules. (We recommend the Harvest Mule on a chilly autumn night.) Right along with those magnificent cocktails is the limited, but oh-so-yummy bar menu. Wings or a BLT are just the thing to hit the spot, with that mule to wash it all down.

Blink and you’ll miss it, this bar has been open since 1938, on the day of the great hurricane. This is the kind of bar where you’d expect to see a handful of guys watch the game, Budweisers in hand. Cappy’s knows how to keep things traditional, serving up hot dogs and good old-fashioned brews to go along with them.

From the outside, it doesn’t look like much, but appearances can be deceiving. This beer list supports local brewers and it’s one of the best in the state with something for everyone. Cider? Sours? IPAs? Stouts? That one beer you had last year and haven’t been able to find since? You want it, they’ve (probably) got it.

Boy, did we hear it when we forgot to include this bar in the first place. We admit it was a major oversight, so without further ado…. What’s the opposite of prissy? Nick-A-Nee’s. You’d be hard-pressed to have a bad night at this chill, unpretentious Jewelry District bar that always has a great local band on hand. If Fido digs live music, bring him along; the bar is dog-friendly. He’ll love you more if you “drop” some of your dynamite sandwich.