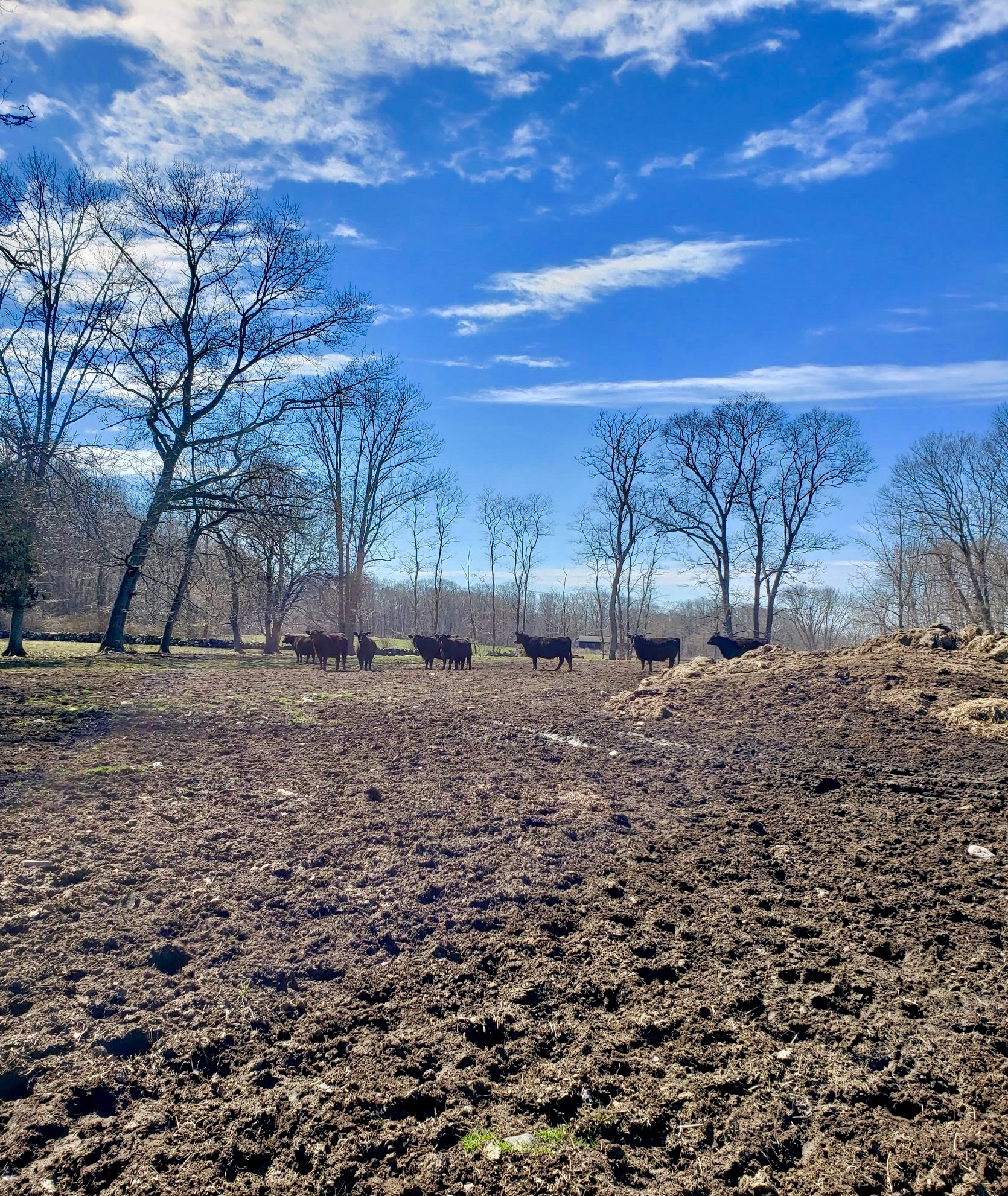 An American Aberdeen cow bellows loudly on an early spring day at grass-fed cattle farm JW Beef in Stonington, Connecticut. Three day-old calves frolic and nurse off their mothers, while a group of cows munches a combination of last-of-the-winter hay and fresh grass sprouting through the mud in an open ten-acre pasture with a backdrop of trees and woods that the animals can freely explore, plus a barn for shelter. The grass is just starting to emerge from the muck on this brisk April day. As soon as a bit of green appears, it just as quickly disappears. Abundant spring days are ahead, and these animals are chomping at the bit.

The same cow grunts loudly again, marching with purpose. A tiny calf stops in its tracks and turns toward its mother, recognizing her unyielding voice, and the pair draws closer toward each other.

“When they calf, the first twenty-four hours, there’s a lot of noise, and the calf learns the voice on the dam, the mother. When the mother calls, the calf knows specifically, that’s my mother,” says JW Beef farm owner Josh Welch. “They are teaching the baby their voice. It’s like that children’s book Are You My Mother?” 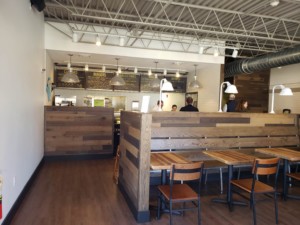 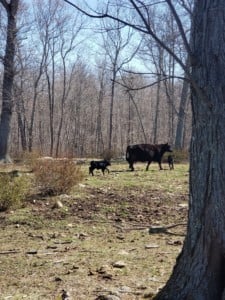 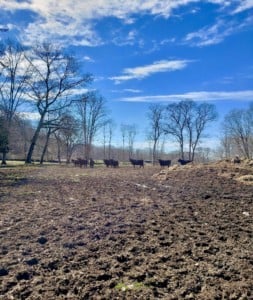 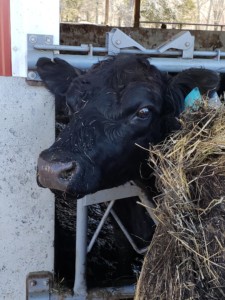 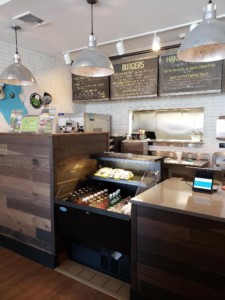 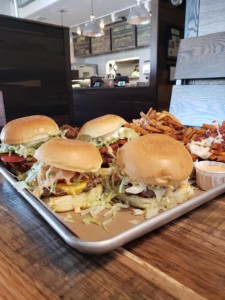 Not only does Welch run this 150-acre farm with help from Noah Lewis, plus more grounds on a historic seventeen-acre property next door, but he is also co-owner of Bridge and Graze Burgers, restaurants in downtown Westerly, Rhode Island. The fast-casual, counter-service restaurant, Graze Burgers, is his latest operation, with co-owners chef Dave Parr and Kevin Bowdler, and he uses beef sourced directly from his farm. The burgers are 100 percent grass-fed, hormone-free beef, and nearly all the menu items at the restaurant are scratchmade.

“As you go to places where people have more education and affluence, people want to have a better understanding of what they are eating. They prefer 100 percent grass-fed beef because they want to know what the animal ate, not antibiotic-filled grain,” Welch says. “We’re giving people beef that eats grass that grows here.” 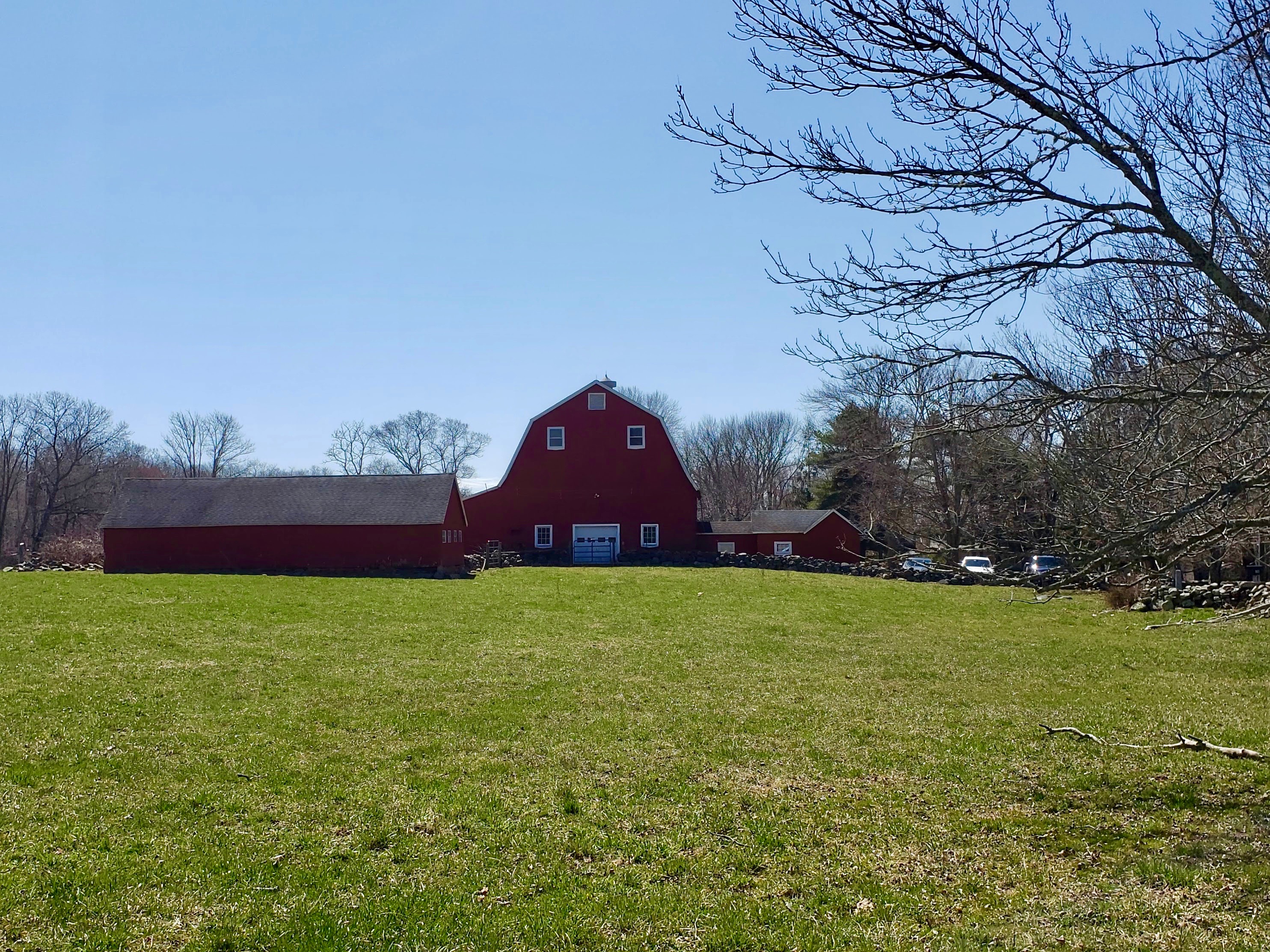 His farm defers from what he calls “feed lots” out West that try to bulk up their cows as much as possible on grain to produce more beef. When grass is in season, Welch rotates his cattle in three-acre sections every week, to be sure they’re eating a variety of grasses. He even uses a no-till seed blend from New Zealand that preserves all existing plant life and just adds more grass to what’s already there, which is great for honeybees.

“The incentive of a beef producer [on a feed lot] is to have as big an animal as you can before you slaughter it, because you get many more pounds. They want as many animals per acre, as many pounds per acre, because they look at the utilization of the land,” he says. “The difference between this operation and a feed lot is the space. My cattle have a lot of space, they have a barn they can go in and out of, they have trees, they have several places where they can eat.”

Welch started farming in Stonington back in 2008 with just five animals, but the property had already been a farm for 200 years. Now he has more than ninety cattle, including fifty breeding cows, fifteen to twenty steers, two bulls and the rest are calves, with more on the way. “We’ve had six calves in the last five days; five boys, one girl,” he says. The female cows remain on the farm for up to ten years where they live an idyllic life feeding on pasture, birthing up to nine calves each. Boy calves become steers and it takes about two years for them to work up to their final purpose on the farm.

Welch clearly loves his animals as he finds joy in their every move, and he’s fascinated by the bond between mother and calf. But there’s a reason for the farm: to harvest beef. “We’re attached to all of them, but if you want an operation that works, our animals have really nice lives, and then they have one day at the end that’s not so good,” Welch says.

And if you eat beef, Graze burgers is the place to do it. The burgers are terrific with a soft pink center and a rich flavor like a good steak. The entire animal is used to create the burgers, “including the prime cuts like tenderloin, sirloin, ribeye, everything’s going into it,” Welch says. 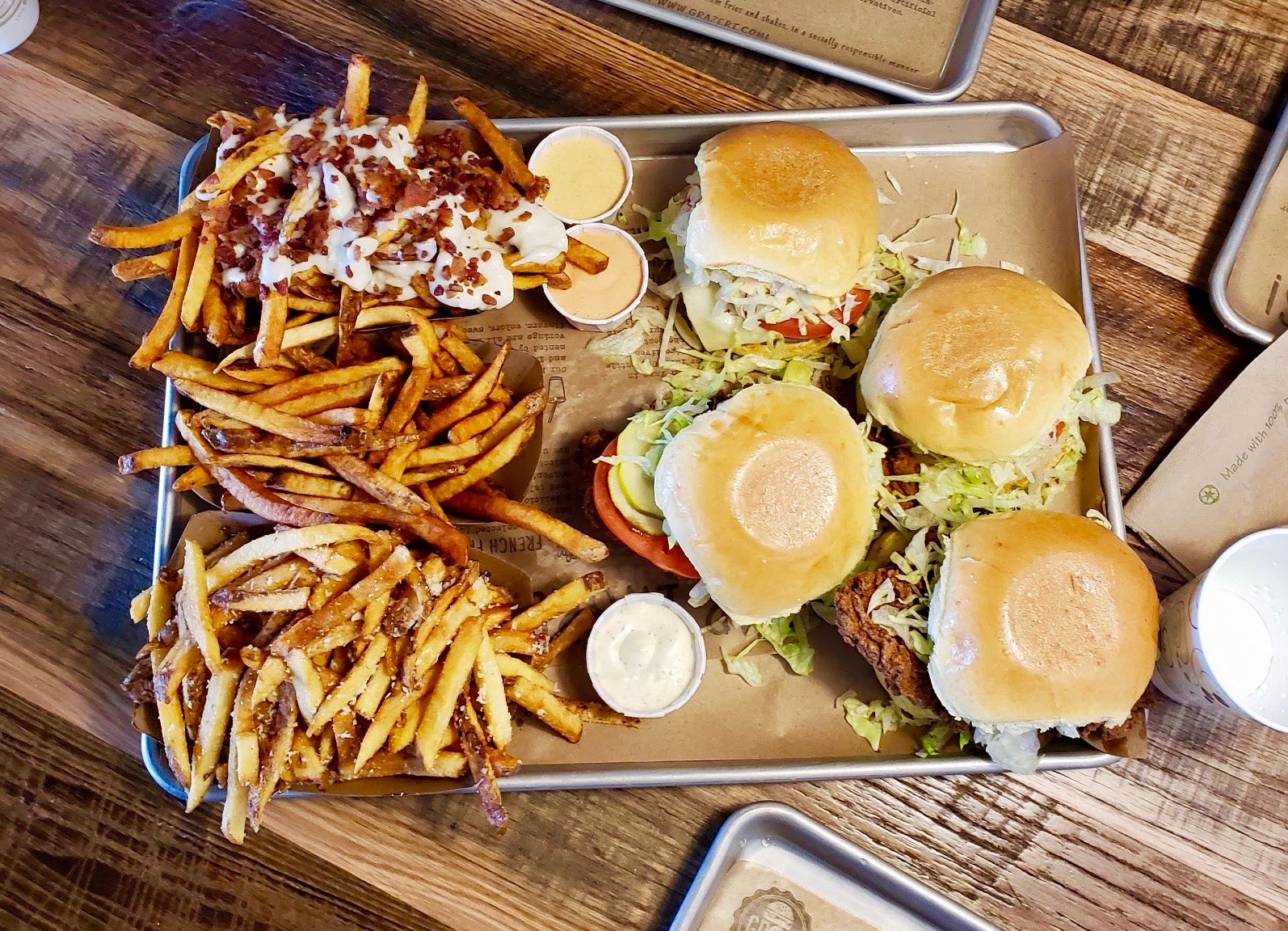 Graze chef Dave Parr trained at the Culinary Institute of America and worked at Skipjack’s and Legal Sea Foods before landing at Bridge and taking the helm at Graze. He’s helped develop the recipes for the french fries fried in beef tallow, and all it takes to season the beef is a little salt and pepper and a nice sear on the flattop. “The idea behind this came out of the opportunity that was presented by Josh who was raising grass-fed beef. First, we made the decision at Bridge to switch all of our burgers to grass-fed beef because I thought it tasted better and made more sense,” he says. “It was the best thing to put on the menu for our guests.”

Graze restaurant – ironically located next to its complete opposite, a McDonald’s – opened in October of 2018 with a simple concept at a reasonable price point (a single burger starts at $6.95). The restaurant, designed by Libby Slader with benches created by local artisan Eric Thavenet, is similar to Shake Shack, except you can see where your meal came from, right down the street, and you can trust that the meat was sustainably and humanely raised. Right now, Welch’s farm can supply enough beef for Graze, but if he needs to supplement, he has connections to grass-fed beef farms in Maine and Vermont that he has visited to vouch for the protein.

“If there’s anything we’re going to sell here that isn’t from our farm, it has to be 100 percent grass-fed, and I have to go and see the animals,” Welch says. “It says it on the sign, so it has to be authentic.”

Graze also serves Bell and Evans crispy and grilled chicken sandwiches, all-natural hot dogs, the handcut french fries and frozen custard shakes. Plus, vegans and vegetarians can bite into the Impossible Burger, made to look and taste like a real burger, but it’s completely plant-based.

It’s somewhat daunting for Welch to be involved in two difficult business models — farming and restaurants — but it’s rewarding and “altruistic” work for him, he says. “My farm is vertically integrated into a restaurant, and I think for a farm to be sustainable, you have to figure out a way to capture as much of the value chain as possible,” he says. “It gives you a chance. It’s not like anyone is going to get rich doing this, but hopefully it will be viable.”

And based on the response at the burger restaurant, people aren’t grazing, they’re inhaling.