Geo Trio and Friends Performs and Presents: The Big Lebowski

A giant local band will perform the soundtrack in crazy costumes before the showing of the film at the Greenwich Odeum. 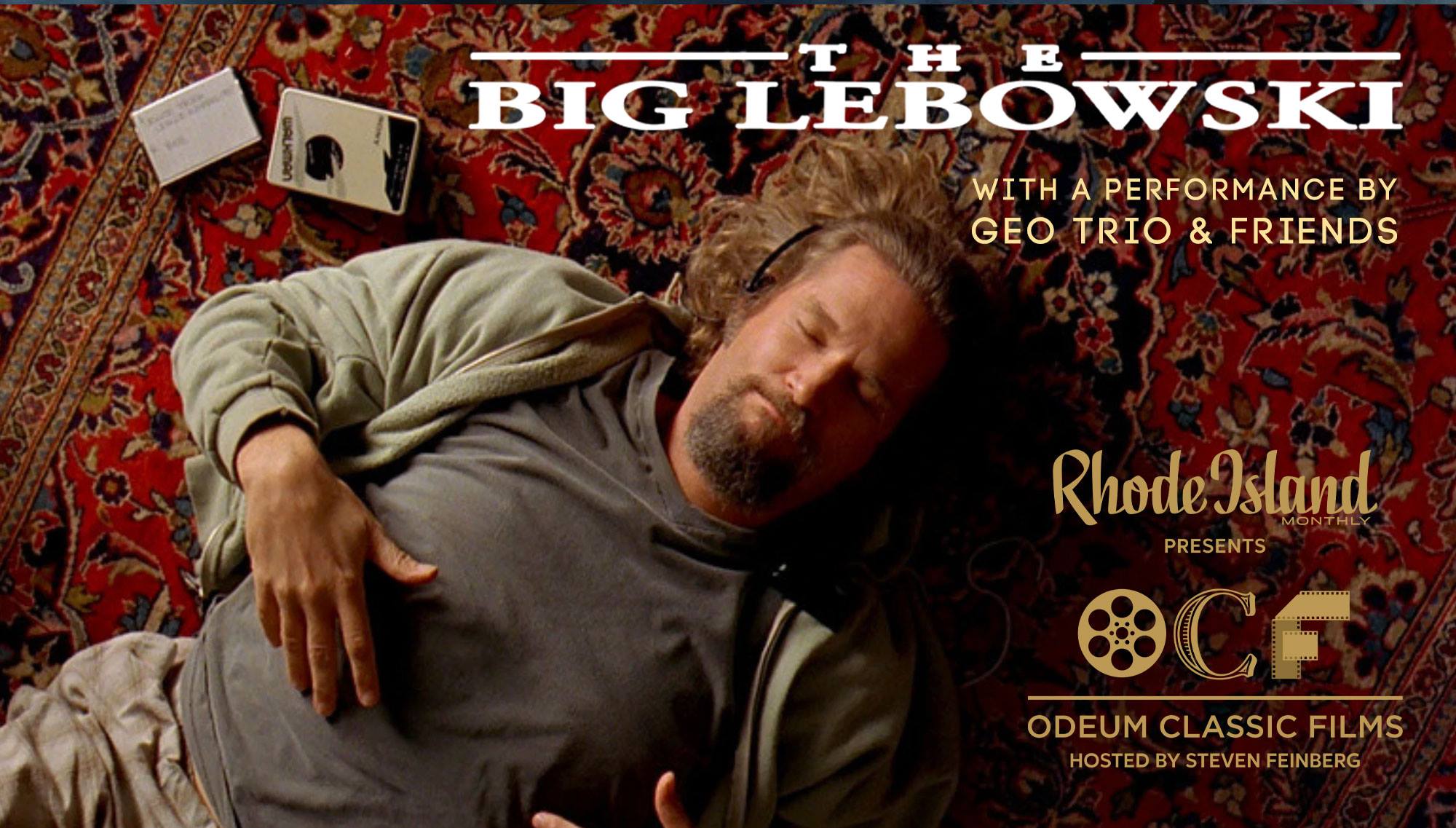 On Friday, November 1, the Greenwich Odeum presents local band, Geo Trio and Friends, performing the soundtrack of the famous 1998 film, The Big Lebowski, followed by a screening of the movie. The band is giant and can contain up to seventeen members, including a vocalist, and they are known for wearing funky costumes.

Spend the night laughing at the antics of Geo Trio and Friends as they sing and dance in wacky costumes. Then, enjoy The Big Lebowski on the big screen as “the Dude” stumbles his way through a case of mistaken identity, steals from the real Lebowski, scams the ransom-demanding kidnappers and loses $1 million dollars.

Doors open at 7 p.m., with the performance beginning at 8 p.m. and ending at 11 p.m. Tickets are available online for $14. The Greenwich Odeum is located at 59 Main Street in East Greenwich. For more information, visit the Greenwich Odeum website or call 401-885-4000.