The third-annual Halloween at the Castle raised more than $35,000 for the restoration of the historic home. 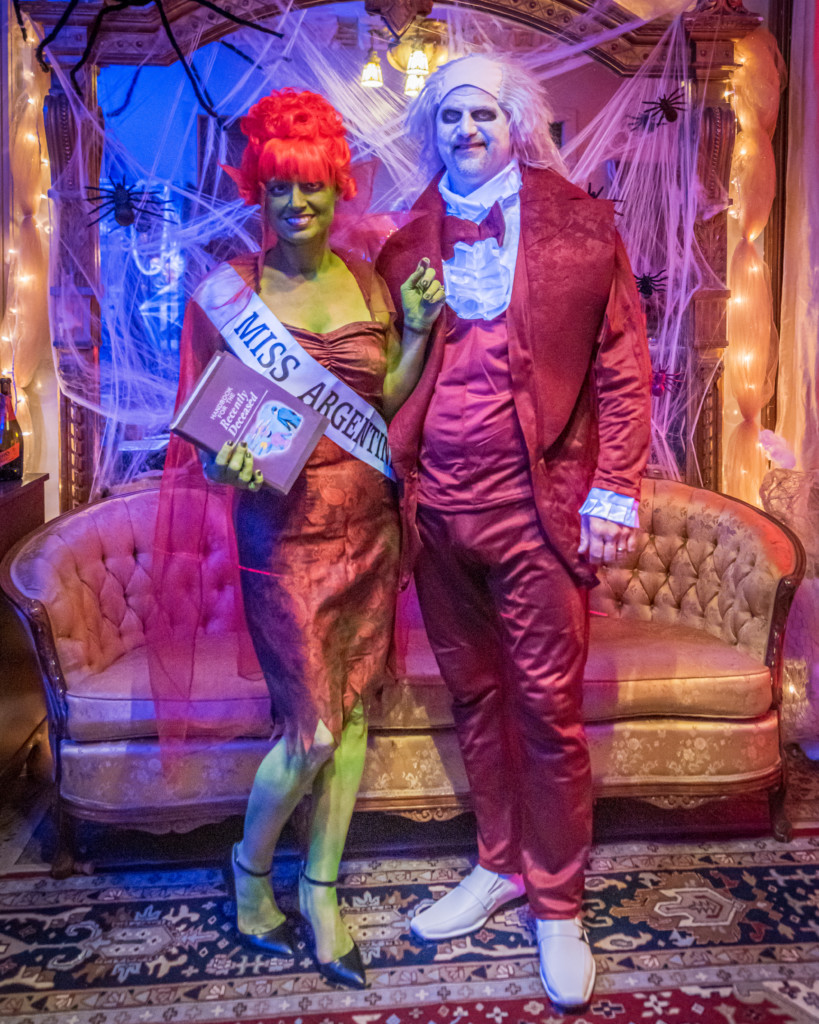 If there is a setting for the ultimate Halloween party, Barnaby Castle on the West Side of Providence is it. And everyone at this year’s party, held last Saturday, October 26, went over and above to come up with the most creative and terrifying costumes I have ever seen in my life. Kaitlyn Frolich, owner of Kaitlyn Alyece Event Architects, planned the third annual Halloween at the Castle bash that raised more than $50,000 for the restoration of the exterior and public spaces of the historic Victorian home.

The 1875 mansion was built for Jerothmul B. Barnaby and it has a legendary past. The owner’s wife was the first person to be murdered by mail; she was sent a bottle of poisoned whiskey out in Colorado, which caused her demise. “The house really is the theme itself,” Frolich says. “I thought, we have a Halloween house, so let’s party in it.”

“These events and fundraisers help us get the restoration done, which will also allow us to open up for more tours,” Frolich says. “We want to keep the doors open for anyone that wants to come and learn about the space and its history, and have fun and celebrate it.”

Stay up to date on Barnaby Castle at facebook.com/barnabycastlepvd.

View the slide show of photos of costumes from the party. Photos by David Lee Black and Allison Rose, as well as Vintage Girl Studios.