The takeout spot is named after artist Frida Kahlo's house in Mexico City, where the owners are from. 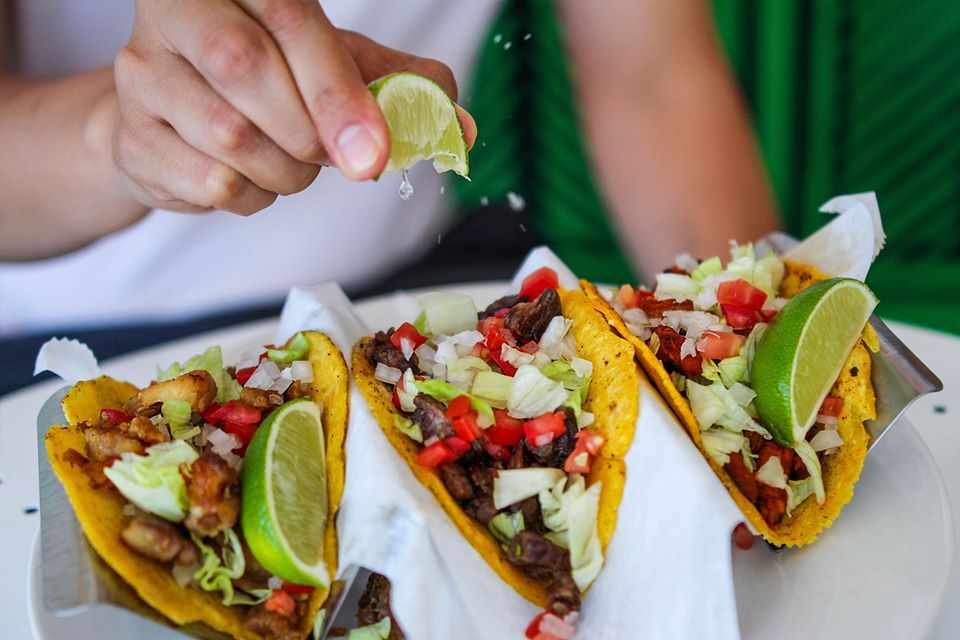 It’s all in the family at Casa Azul Taqueria, a new Mexican restaurant located on Allens Avenue in Providence. The takeout spot opened four weeks ago in the middle of the pandemic, and the family-run business with roots in the local restaurant industry vows to take care of its team like family.

The restaurant serves chicken tinga, carne asada, adobo pork and veggie tacos and bowls with freshly made tomato and chili salsas and corn tortillas. Plus, there are many vegan options and a monthly special that this August is a pambazo (vegan or regular chorizo and potato) sandwich on special Telera bread.

Called Casa Azul, which means “Blue House’ in Spanish, the restaurant is named after the home of Frida Kahlo, now a house and art museum in Mexico City. The restaurant owners, husband-and-wife-team Javier Soto and Alejandra Ruelas, are both from Mexico City, and Casa Azul was located near Ruelas’s childhood home. “My whole life, I lived around Frida Kahlo’s house and I would look at it, and I was fascinated by her. I knew at some point I wanted to do something special,” she says. “I wanted to do something modern where people can see a real side of our culture; not only the mariachi, not only the tequila. I wanted to do something more artistic.” 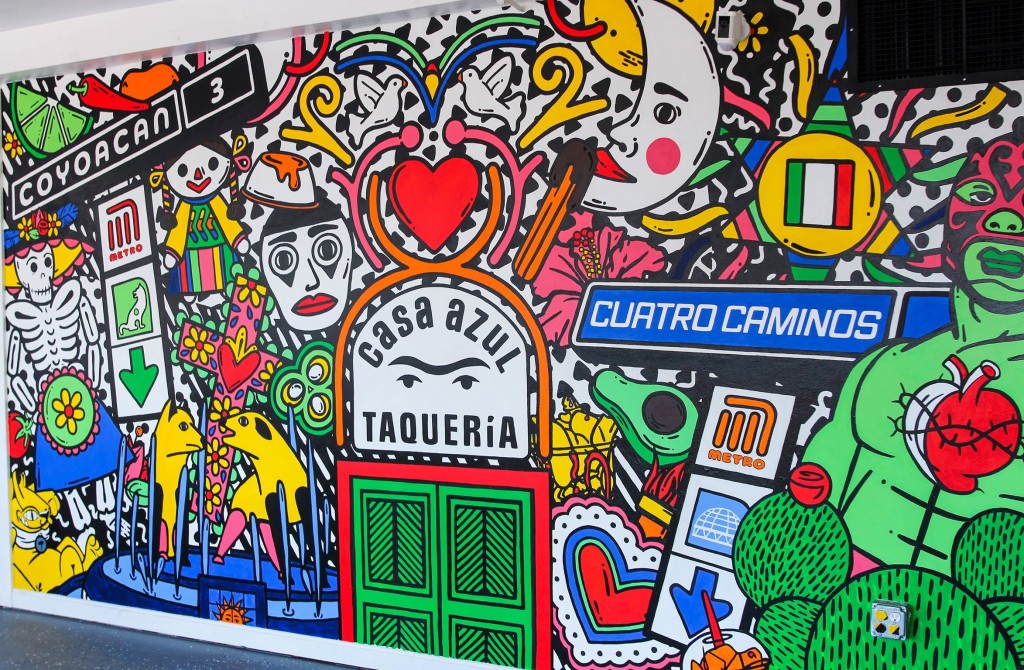 Ruelas decided to name the restaurant after Kahlo’s house, and display local artwork on its walls as a tribute to artists. “Frida was free, she spoke her mind and she was always defending people,” she says.

Inside the restaurant, there is a colorful portrait of Kahlo and other artwork mounted on a cobalt-blue-painted wall backdrop, as well as a vibrant floor-to-ceiling mural, painted by fine artist Taryn Nunez (Taryn Nunez and her husband, Ray Nunez, also handle marketing and branding for the restaurant). The mural is a tribute to Ruelas’s and Soto’s neighborhoods in Mexico City, and it depicts landmarks like the subway station signs, Coyoacan and Cuatro Caminos, near each of the owners’ neighborhoods in Mexico City, a luchador, Day of the Dead skeletons (called calacas), street performers and a cat that was the request of Ruelas’s mother. 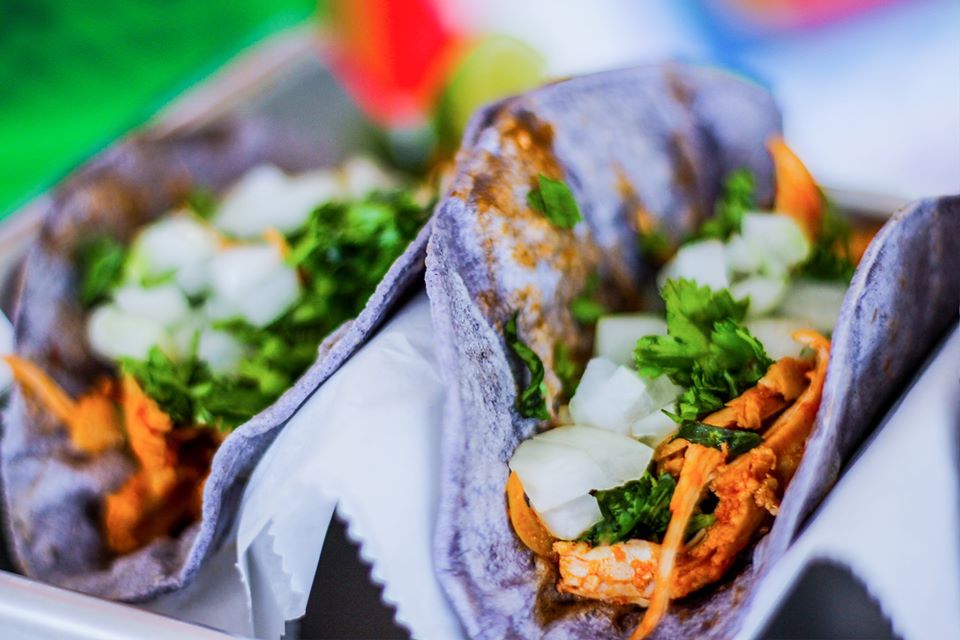 Both Ruelas and Soto came to America separately more than twenty years ago, and they met by chance through mutual friends in Rhode Island. It turned out they were both from Mexico City, but opposite sides, North and South. “I had to come to Rhode Island to find the love of my life,” Ruelas says with a laugh.

Soto worked in many local restaurants in the past, including Trattoria Zooma on Federal Hill and Andrew’s Bistro, plus stints at Texas Roadhouse and the Olive Garden. This is the first time he has owned a restaurant of his own with his wife, and of course, they had no choice but to open it during a pandemic.

“As a new entrepreneur, it’s a challenge, especially in the face of COVID-19. Not too many people would want to open a business in a pandemic,” Soto says with a sigh. “Thanks to all these beautiful people who work here that have supported us; basically we are a big family.”

Whatever they needed, whether it was painting, cleaning or building the bathroom, the community, friends and staff stepped in to help.

Soto and Ruelas are aiming to create a more positive work environment for the hospitality industry. They choose to close the restaurant on Sundays so staff can spend time with family, and they will not open on holidays. They are trying to provide some benefits for employees, including vacation time, and they also allow staff members to take off their birthdays. 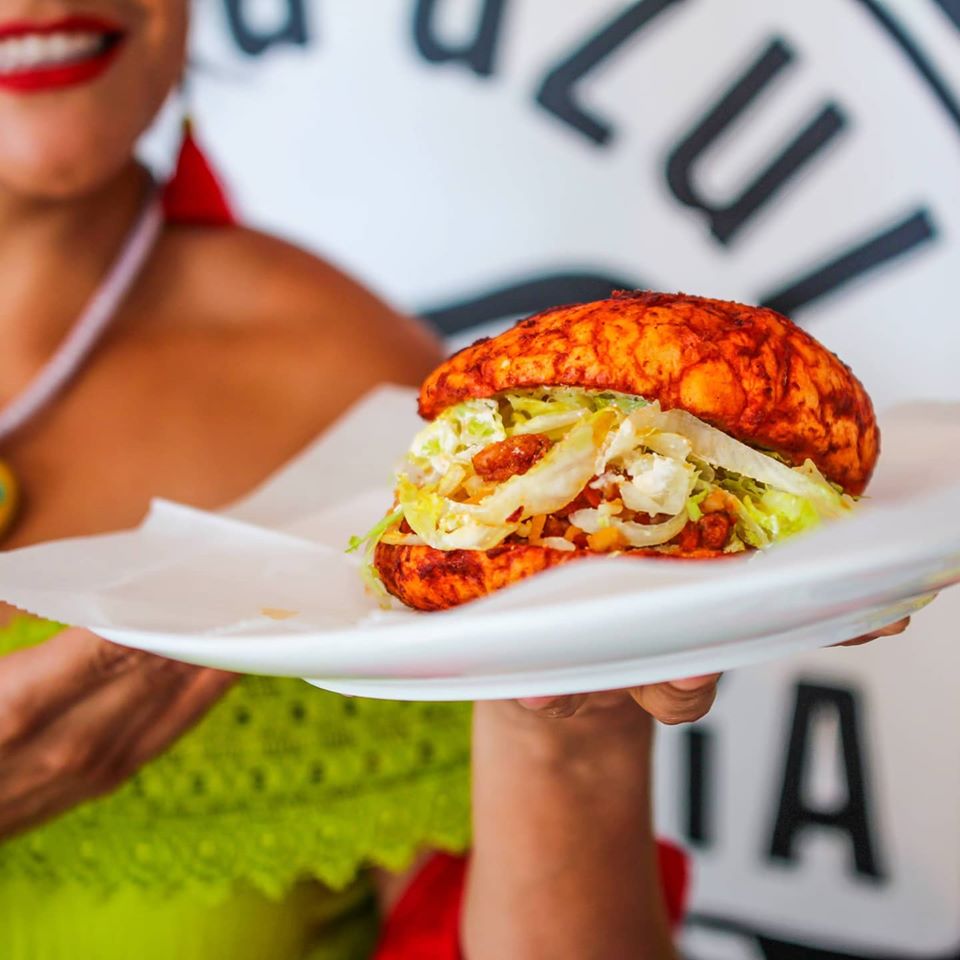 The pambazo (chorizo or vegan chorizo and potato) sandwich at Casa Azul.

“I came from that background. I know how hard it is to work in the industry. No weekends. No holidays. Not even a wedding anniversary, because I was always working,” Soto says. “I know how hard it is, and because of that, we would like to provide a new option for all the people working here with us.”

They recruited an excellent Mexican chef, Carmen Anaya, who came to the United States from Mexico City, arriving in California twenty-six years ago. She tells her story translated through Ruelas at the restaurant. After arriving in the United States, she spent three years in California refining her restaurant cooking techniques, and then she came to Rhode Island eighteen years ago. Locally, she worked in various places, including Tacontento in Pawtucket, and she even ran her own food truck. She met Soto when she first came to Rhode Island.

Anaya creates amazing housemade salsas, from a heated spicy tomato and chili blend to a milder version, and one laced with avocado. She perfected chicken tinga, which is slow-cooked shredded chicken stew with caramelized onions and a tomato sauce base, served with tortillas. They also slow cook beans to make the most flavorful beans and rice. “Everything is homemade; everything is natural,” Ruelas says. ‘We don’t use anything in cans. No cans. No frozen stuff.”

They eventually hope to order more local produce from area farms to stay true to regional Mexican cuisine, which focuses on the freshest area produce. They also hope to create all their own tortillas once they get the swing of things. They make some of them, but not all. Creating tortillas requires mixing up nixtamal, the corn base that is used in most Mexican dishes. “Where we come from, when you were little, you mom would say, ‘Here’s some money, go to the tortilleria. You would walk to the tortilleria and you would see the nixtamal, the dough, which is the mix,” Ruelas says. “You can smell it, and it was amazing to see. We will eventually make all of our own.”

Right now, Casa Azul is focusing only on takeout. Because COVID-19 health regulations require so much spacing, they would only be able to have a few tables inside. They hope to get approved for some outdoor tables and launch their own delivery service through staff. But for now, guests can order takeout through the website or by phone for pickup. You certainly won’t go hungry as portions are big.

While you’re there, check out the beautiful mural and artwork inside the restaurant. Take a moment and really absorb the bright colors and energy. Spot the meaningful connections between Mexican cuisine and the owners’ homes in Mexico City. Then be sure to order a Tres Leches cake or choco-flan for dessert.

Meet the Fresh-Faced Lady Next Door in Warren