FirstWorks To Host Ukrainian Quartet DakhaBrakha at the Strand Ballroom

DakhaBrakha’s musical fusion aims to raise awareness and support for their war-torn homeland. 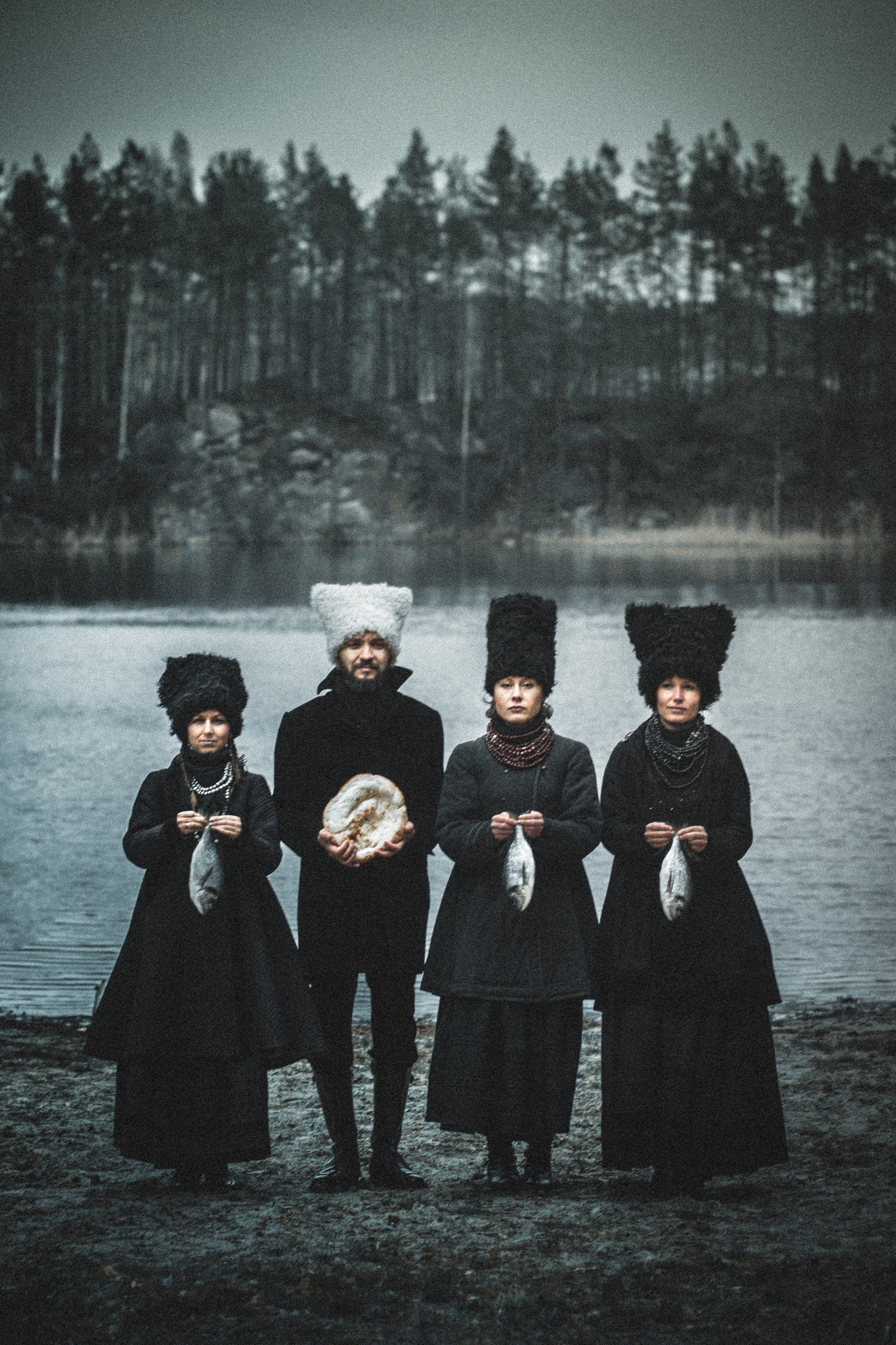 DakhaBrakha hope to educate audiences about the war in Ukraine and inspire people to provide support for their homeland. Photo courtesy of FirstWorks.

As a Providence based nonprofit, FirstWorks is dedicated to connecting local audiences with world class performing arts and educational programs, and Ukrainian quartet DakhaBrakha fits that initiative. Guests can watch the performance at the Strand Ballrom on August 7 at 6 p.m. and tickets are free – just reserve your spot online.

DakhaBrakha’s style of performance combines visual beauty with a unique style of music. Described as an “indie-fold quartet,” the group combines ancient Ukrainian folk melodies with musical styles from around the world to produce a creative, trans-national sound the band calls “ethno-chaos.” Rhode Island got a taste of their sound at the 2019 PVDFest, and FirstWorks is excited to be able to bring them back so they can continue to share their talent with locals who wouldn’t otherwise be exposed to music from other cultures.

“FirstWorks is honored to host DakhaBrakha as part of our global/local curatorial focus,” says FirstWorks executive director Kathleen Pletcher. “Their performance at PVDFest in 2019 was extraordinary and audiences are still talking about the complexity, beauty and passion of their music.”

With theatrical costuming, powerful vocals and a projected video backdrop, they gracefully tell the story of the terrible heartache Ukraine has suffered as a result of recent conflicts. The quartet is touring the world this year, sharing their unique sound with as many people as possible; but they also have a larger goal in mind. With their music, they hope to educate audiences about the war in Ukraine and inspire people to provide support for their homeland and make donations to the Ukrainian non-profit, Razom (translating to “together”), which is an organization dedicated to providing relief efforts in Ukraine.

Pletcher says, “They have always considered themselves ‘ambassadors of Free Ukriane’ and the current conflict makes their message even more urgent and resonant.”

Other Opportunities Provided by FirstWorks

The DakhaBrakha concert is the second of three performances in FirstWorks’ Summer Beat Concert series, which aims to give audiences of all ages a chance to experience musical artists from a global range of genres and backgrounds. The concert series is being put on through a partnership with a partnership with Roger Williams Park Conservancy and Providence Parks Department.

Providence-based rapper Flawless Real Talk held his homecoming concert on July 24 at the Roger Williams Park Bandstand, and William Capeda’s Afro-Rican Jazz performance is taking place on August 14 at 6 p.m. at the bandstand as well. All three concerts bring a unique perspective to the stage and allow local audiences to explore different musical genres and styles.

Wander Through 2,500 Dahlias at the What Cheer Flower Festival