Follow the red, white and green stripes to authentic Italian restaurants, bakeries and butchers, plus a host of multicultural newcomers.

Tony’s Colonial
When Tony and Gina DiCicco emigrated from Italy in 1969, they missed foods from back home. They took over a little shop that had been open since 1952, and now three generations curate its selection of Italian pasta, cheese, sausage and cured meats, sweets and specialty items, including 100-year-old balsamic vinegar. Pick up prepared foods and stop by for lunch; the Italian grinders and chicken and eggplant parm sandwiches can’t be beat, nor can the selection of dry pasta. 311 Atwells Ave., Providence, 621-8675, tonyscolonial.mybigcommerce.com

Antonelli Poultry
You know you’re really from Rhode Island if you have memories of your grandparents taking you to Antonelli Poultry as a kid. The shop, which offers fresh chicken, duck, squab, quail, goose, pheasant and turkey, has been in the same spot since 1853. When we say fresh, we mean it: You can pick a live bird and have it prepared and cleaned on the spot. The shop has been owned by Chris Morris for more than forty-five years. Just head toward the two big chicken statues in DePasquale Plaza and you’ll know you’re in the right spot. 62 DePasquale Ave., Providence, 421-8739

Costantino’s Venda Ravioli
When the market is named after one product, you know it’s good. Venda Ravioli handmakes 300 to 400 dozen filled pastas a day, along with other fresh pasta, sauces and an array of take-and-bake prepared foods, and it also curates a quality selection of high-end meats. Spend some time exploring the salumi, cheese and antipasto sections of the enormous food counter; it’s some of the best on the Hill. 265 Atwells Ave., Providence, 421-9105, vendaravioli.com

Gasbarro’s Wines
Founded in 1898 by Antonio Gasbarro to sell whiskey and his homemade wine, this wine store survived Prohibition as a source for wine- and beer-making supplies. Now, it has one of the best Italian wine selections in the state, with more than 800 labels,
including some exclusive to the store. 361 Atwells Ave., Providence, 421-4170, gasbarros.com

Roma Prov
Part coffee shop, part bakery, part Italian grocery and part prepared foods counter, Roma Prov has been a fixture on Atwells since 1983. Of all the markets on the Hill, it’s just about your best bet if you’re looking for lunch to-go, especially for hot foods like pizza by the slice or soup. Roma also has an attached banquet hall for parties. 310 Atwells Ave., Providence, 331-5000, romaprov.net

Scialo Bros. Bakery
For a bakery that’s 103 years old, it still tastes as good as the day it was born. Scialo Bros. opened in 1916 and keeps its original traditions alive: It’s still run by the Scialo sisters, Lois Ellis and Carol Gaeta, and everything is still baked in two cavernous brick ovens in the back. This place does classic Italian pastries like nowhere else: The delicate sculptural fogliatelle, a clam-shaped pastry shell with semolina filling, takes up to three days to make. 257 Atwells Ave., Providence, 421-0986, scialobakery.com 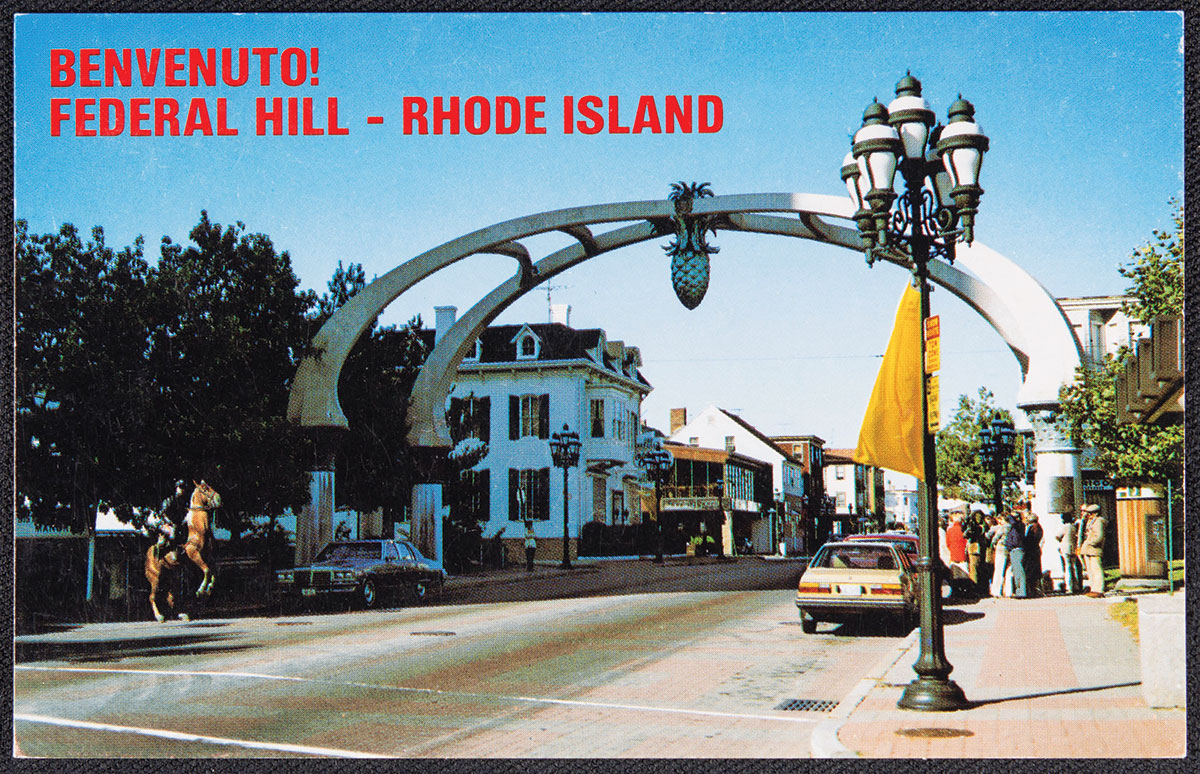 Angelo’s was right across the street from where I lived on Bond Street. We had the same front yard, but that location has changed. It’s always been low-scale and low prices. Everyone would go there and the Old Canteen and Camille’s. Camille’s was ritzier than Joe’s. The two restaurants grew up together, from one generation to the next. Across the street from the Old Canteen there was a public bathhouse. In the old days, we had no shower, no hot water and we’d have to go to the public bathhouse to keep clean. All the boys on the street would know when the girls were going to the bathhouse because you had to lug all of your things with you. The boys used to climb up to the roof to try to sneak a glance at the girls…. My father went to school with Raymond Patriarca. He said he was always in trouble as a kid. During the mafia days, he would always be outside ‘his office,’ watching over the neighborhood. I could have walked down the street naked, and no one would have bothered me. He had two sides to his personality. Around the holidays, Thanksgiving, Christmas, Fourth of July, he gave out so much money and fruit baskets and helped so many people. He really did. But then, all the corpses he left on the street.
—Rita Vingi, age eighty-nine