Follow the red, white and green stripes to authentic Italian restaurants, bakeries and butchers, plus a host of multicultural newcomers.

The evolution of Providence’s Italian neighborhood.

1788: Providence’s West Side is developed by Amos Maine Atwells, which leads to the naming of the street, Atwells Avenue.

1820s–40s: Irish immigrants arrive and settle in Federal Hill, working in manufacturing, carpentry and other trades. Before the Hill becomes Italian, it is dominated by the Irish who were escaping famine.

1853: Antonelli Poultry opens in the same spot where it is today.

1865: The Broadway railway line is completed, which leads to the building of some the city’s toniest Victorian mansions located one street over from Atwells Avenue on Broadway.

Early-1900s: The second wave of immigrants, this time Italians, begins to arrive and settle in Federal Hill, making it one of the most densely packed Italian neighborhoods in the nation. 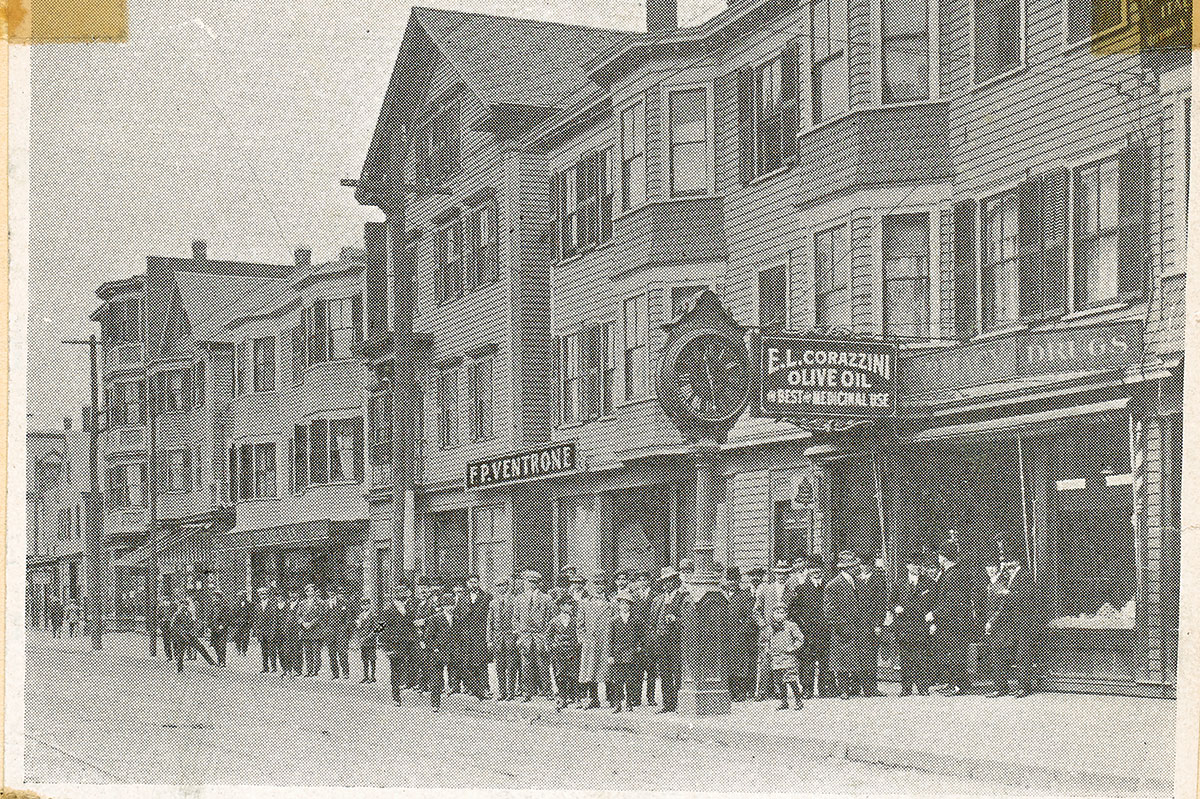 1914: Camille’s originally opens as Marconi’s restaurant at 174 Atwells Avenue, owned by Pasquale Parolisi. Five years later, it moves to its current location, the Bradford Street mansion, and in 1926, it expands again and is renamed Marconi’s Roman Gardens.

1916: Luigi Scialo arrives from Italy and opens Scialo Bros. Bakery with his brother. Luigi runs the family business until his death in 1993. Since then, Luigi’s daughters, Lois (Scialo) Ellis and Carol (Scialo) Gaeta have run the bakery.

1924: Angelo Mastrodicasa opens his namesake restaurant, feeding the neighborhood hearty Italian comfort food. During the Great Depression, those who couldn’t pay were fed anyway, and that’s when the Angelo’s tradition of serving meatballs with french fries first began to satiate hungry bellies with a filling starch.

1930: Approximately 20 percent of the city’s population is now Italian. 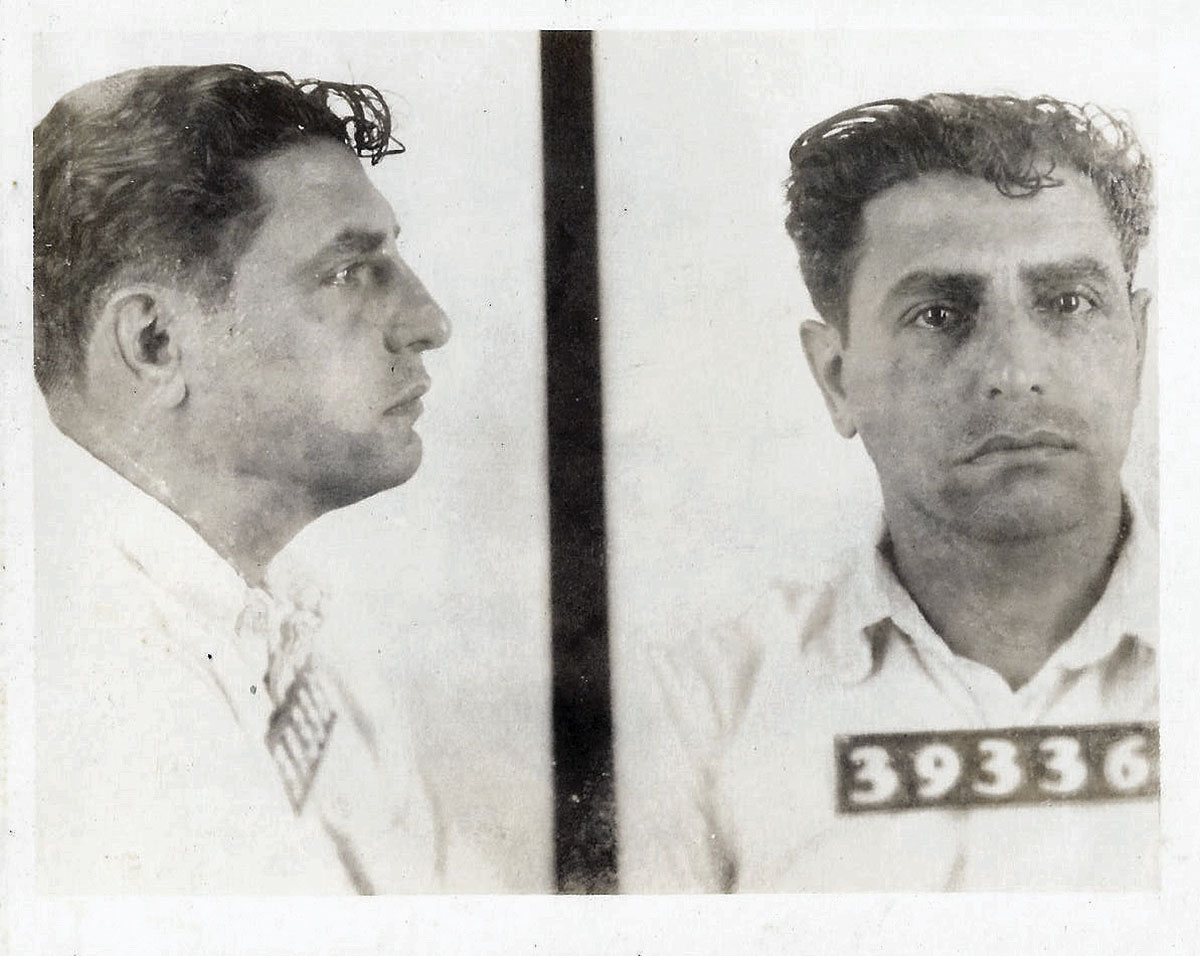 1940s–60s: Throughout the 1940s, ’50s and ’60s Raymond L.S. Patriarca runs New England’s organized crime ring from the Coin-o-matic shop on Atwells, on the corner where the Green Apple Mediterranean restaurant is now located.

1952: Marconi’s [Camille’s] is taken over by Pasquale Parolisi’s son, Jack, and renamed Camille’s Roman Gardens after the owner’s wife.

1952: Tony’s Colonial procures imported and domestic Italian foods, including meat, cheese, olive oils, pastas and more, and it is taken over by Tony and Gina DiCicco and family in 1969.

1956: Joe Marzilli’s Old Canteen opens, and is owned by the Marzilli family ever since.

1972: Venda Ravioli’s original location is purchased by Alan Costantino and turned into a small pasta-making shop after the family has already been handmaking pasta for decades.

2001: Venda Ravioli’s store moves to its current location, which was the old Ben Franklin pharmacy, where it quadruples in size and transforms into the food emporium, cafe and espresso bar it is today.

2005: Tuscan-inspired Siena arrives on the Hill, owned by brothers Anthony and Chris Tarro who are from Warwick, but have deep family ties to the neighborhood. They now own three locations, including Providence, Smithfield and East Greenwich.

2006: Federal Hill’s Zooma opens, then relaunches as Trattoria Zooma in 2009.

2007: Cianci is released from prison.

2014: Harry’s Bar and Burger opens its second location on the Hill, serving sliders and spiked milkshakes.

2014: Following a diagnosis of colon cancer, Buddy Cianci runs for mayor again but is defeated by Jorge Elorza.

2015: Mediterraneo closes and the owners of Pane e Vino, Joseph and Esther DeQuattro, open Massimo there in 2016.

FUN FACTS
Sal Marzilli recounted the tale his father told about the time John F. Kennedy Jr. came to dinner at the Old Canteen: JFK’s shirt was untucked. So, Joe Marzilli politely asked him to go tuck in his shirt. He did, and then sat down to dinner. There also used to be a rack of sport coats in the back, in case a guest was dressed inappropriately for the dining room. The reason the interior of Joe Marzilli’s Old Canteen remains “rose,” not to be confused with pink, is because the original exterior of the mansion was once that color. Joe Marzilli had the exterior painted cream, but honored the trademark hue on the dining room’s walls. Joe Marzilli also said, “That color made everyone’s complexion look better, both men and women,” according to his son and current owner, Sal Marzilli.