The restaurant will be open for Sunday's PorchFest afterparty, serving vegan burgers, sandwiches, salads and bowls. 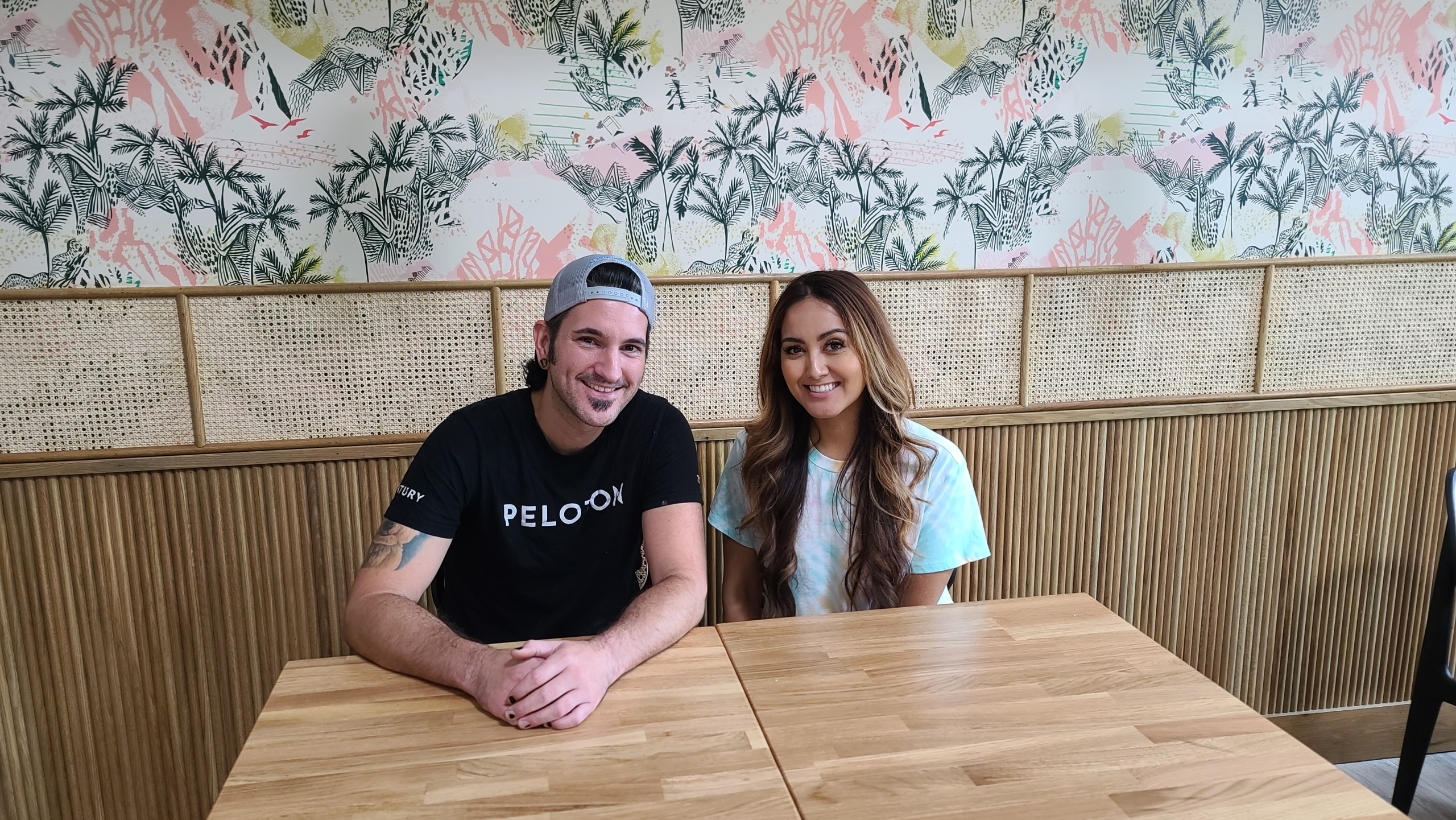 Mathiew and Lyslie Medeiros of Basil and Bunny.

There’s a plant-based match for all of your fast food favorites. Basil and Bunny has perfected its recipes that resemble the real deal like the Bacon Hopper Impossible burger with smoky maple tempeh bacon, Chicky Bunny crispy seitan sandwich with bread and butter pickles and the Impossible Bunny Cheesesteak with grilled onions and peppers and cashew and carrot nacho “cheeze” sauce on a hoagie.

The completely plant-based business is the brainchild of Lyslie Medeiros, who started out in the vegan world with her planted-based Basil and Bunny blog and Instagram feed. The food trailer followed – affectionately nicknamed Fluffy – and the business kept growing with a brick and mortar restaurant launching recently inside Bristol’s Unity Park complex, alongside Brick Pizza, Borealis Coffee, Pivotal Brewing, O’Brien & Brough distillery and others.

Lyslie became a vegetarian early in her college years after digestive issues plagued her. When she changed her diet, she quickly felt better and adapted to a fully plant based diet over the last ten years. She originally launched her blog to share her veggie-loaded recipes with the world, and friends urged her to do more with her talent. 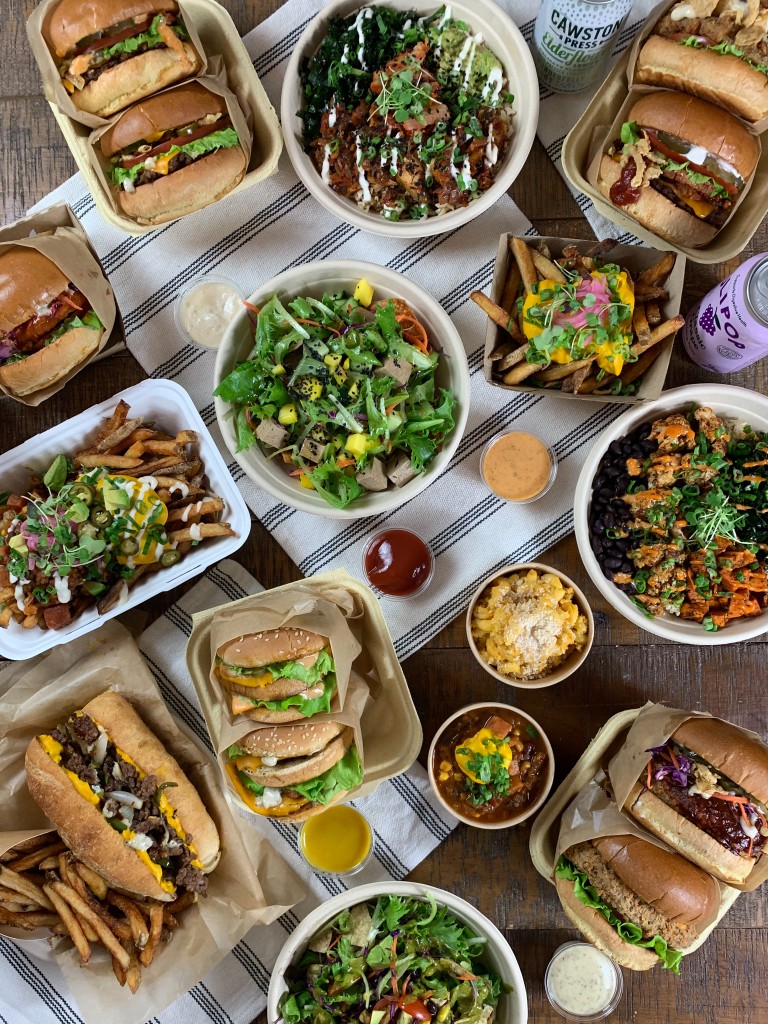 A spread of sandwiches, salads and bowls from Basil and Bunny.

“I was a makeup artist before. The blog was a passion project and it got to a point where everyone was like you need to do something about this! You really need to see through your passion,” she says. “It evolved and we decided we wanted to start a food business.”

She and her now husband, Mathiew Medeiros, went through Hope and Main to learn what it would take to launch a food business, and they eventually decided on the food trailer.

“We decided it would be the best way to test out the recipes and concept and see if it was something people would be interested in,” Lyslie says.

The couple launched their Basil and Bunny food cart right in February 2020, a month before the pandemic hit. “It was a semi-blessing because we got to go at a slower pace,” Lyslie says. “We were home cooks and we had marketing and business backgrounds, so we had a lot to learn. We got to know our customers, figure out what worked and what didn’t, understand our flow and figure out how to scale up food.”

Now that they have their own commercial kitchen space at their restaurant, they’ll be able to do more catering gigs in the near future, but that’s on hold for now until they adjust to the new space. They are still looking to build their team so they can keep the mobile cart out and about at breweries and festivals while also holding down the fort at the restaurant.

They offer an expanded menu at the restaurant, including the popular grain bowls, which weren’t easy to execute on the trailer. Those dishes are best enjoyed right at a table inside the beautifully-designed dining room that was created by Libby Slader. “I love Australian Bali bistros and I wanted that laid back relaxed feel to it,” Lyslie says. “Libby and her team came back and literally blew it out of the water with every detail.”

There’s a porcelain tile design on the floor that looks like an area rug, but look closely and you’ll see it’s tile. Along the walls is an Australian print wallpaper accented by tambor and caning around the edges. The Bali-inspired grass lampshades hang like baskets and the metal condiment station was constructed by Luther’s Welding and Fabrication next door. Live plants round out the room, giving it more color. There’s a lot of natural light coming in from the skylights from the former factory’s heyday as a drafting room. 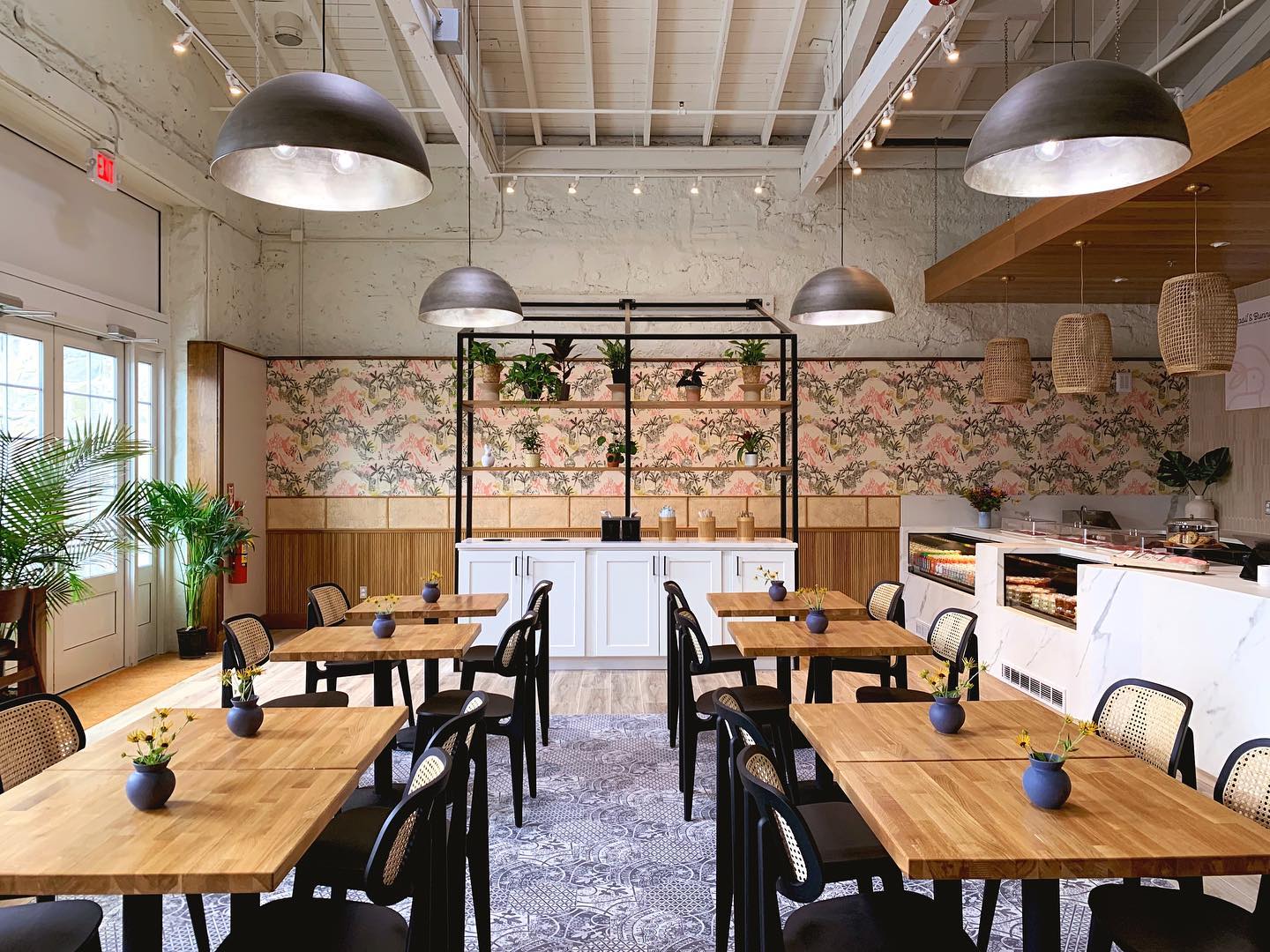 Basil and Bunny’s dining room was designed by Libby Slader.

Basil and Bunny is open Wednesdays, Thursdays and Fridays from 4 to 9 p.m. and Saturdays from noon to 8 p.m. It will also be open this Sunday, Sept. 18 from 4-8 p.m. for the Bristol PorchFest afterparty. 500 Wood St., Bristol, basilandbunny.com