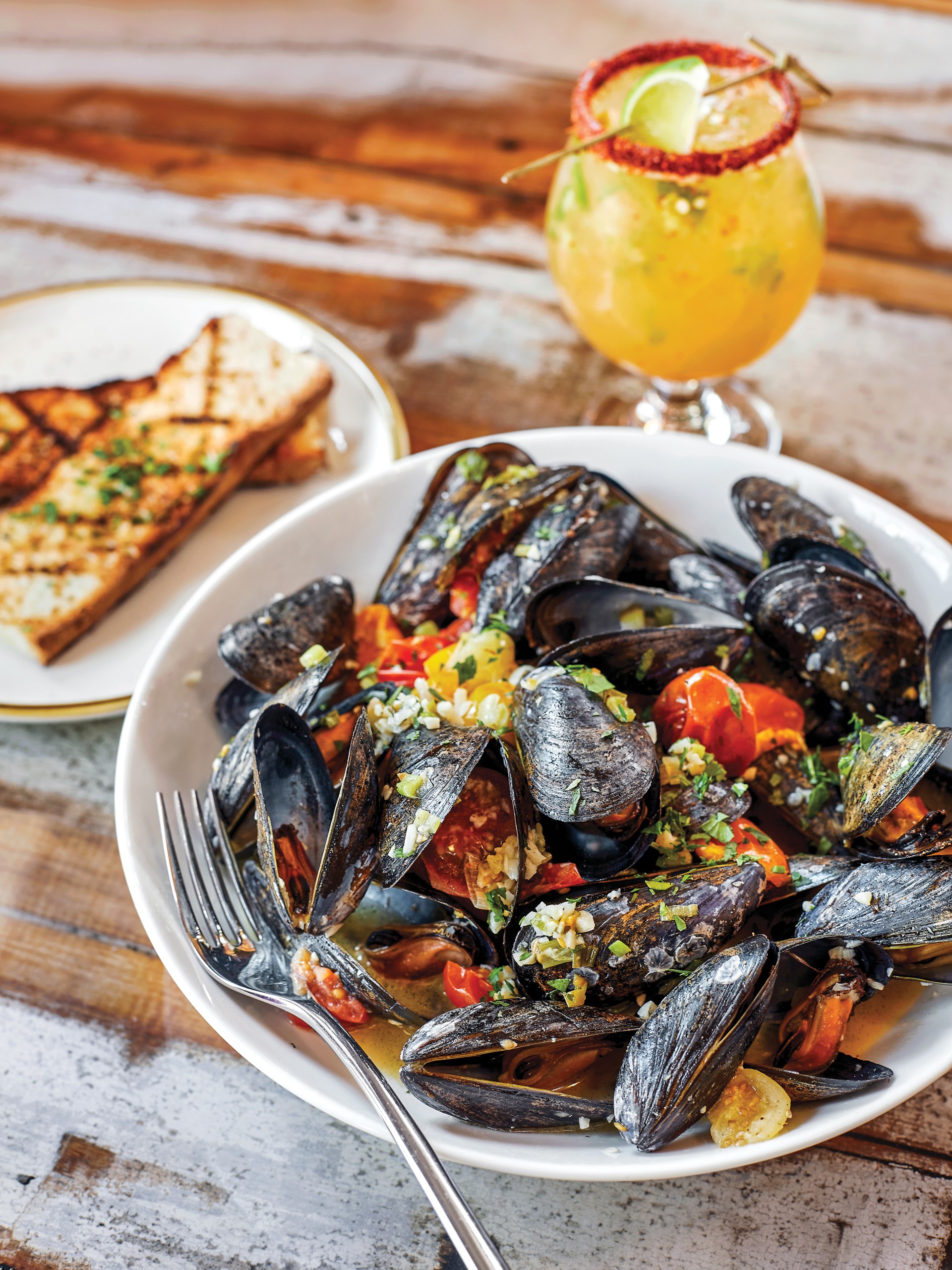 Americans spend a lot of time thinking about food; certainly, I’m no exception. The obsession runs from necessity to indulgence, but it’s always driven by a desire for visceral gratification. The delights of our childhood, the special occasion restaurants, the bars where we heralded twenty-one, the dishes that expanded our horizons when we first tried Thai food or French or Indian — these meals are all seared snapshots that define who we are and how we’ve lived.

But — hear me out — there’s an argument for managing to wrap all of these experiences into a single bite. Casual though it may be, pizza is the rare food that manages to concurrently manifest nostalgia, artisanship and far-flung cultural vision. Some people may think nothing of grabbing a quick slice for sustenance and going about their day, but a pizza done right — finely milled Italian flour, cauldron-like heat, and a dough that is more prominent than its toppings — carries with it all the history of Neapolitan chefs and the fire they revere. 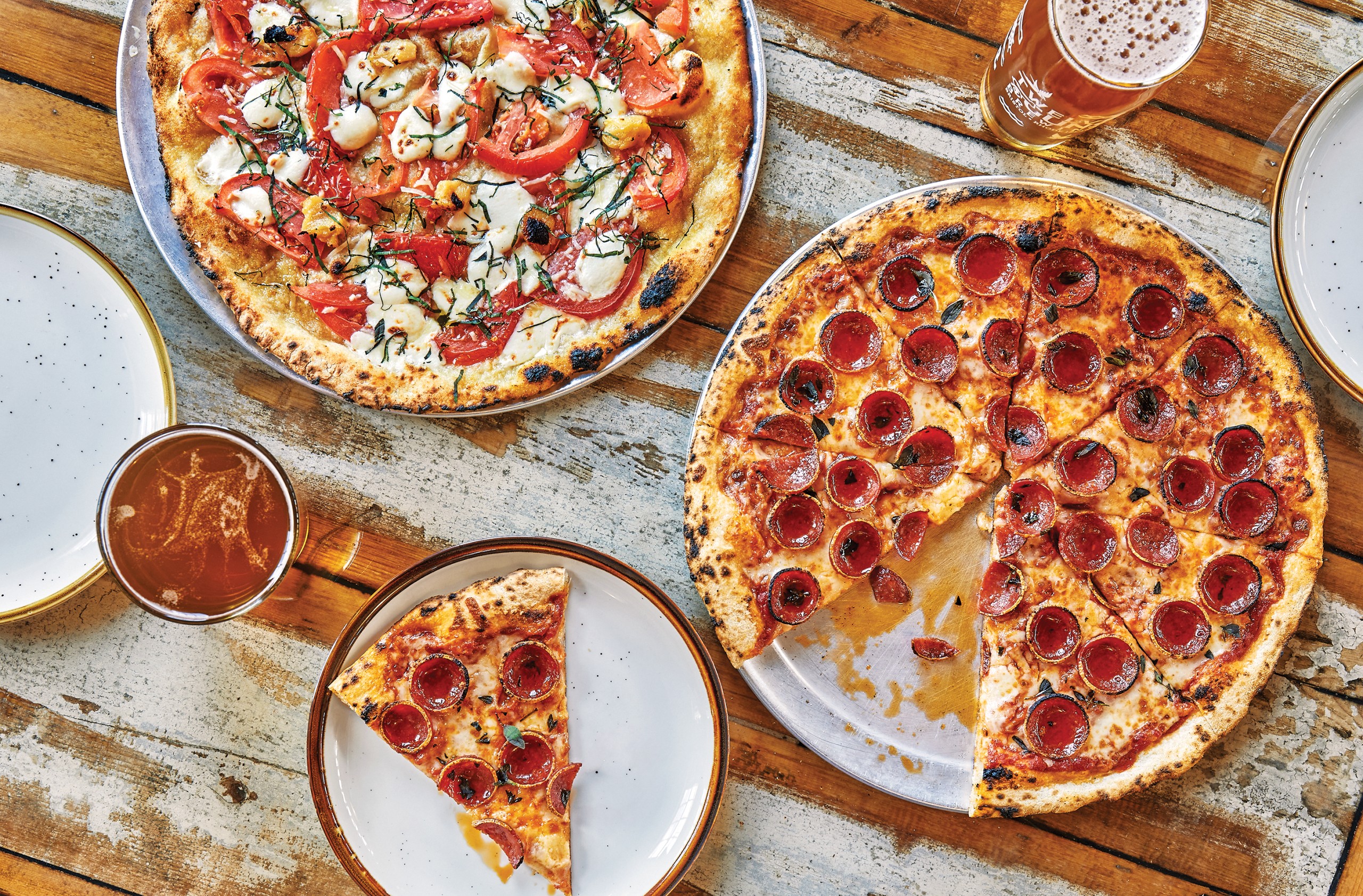 Pepperoni and caprese pizzas with a Twelve Guns beer. Photography by Angel Tucker.

Maybe it’s not so odd, then, that a shrine to pizza has opened up in the Unity Park complex in Bristol, right next to Pivotal Brewing and its massive smokestack. The whole property is an homage to the hearth and Brick Pizza Co. is no exception. If the building appears squat from the outside, it soars on the interior, with massive wooden beams beneath the vaulted ceiling and windows in every conceivable location. Tiled pizza ovens greet you at the door, pushing pies out in brigade fashion — but they’re the only evidence of modernity in a space that fully embodies the nineteenth century. The stone walls are two feet deep, making the entire building feel like a battalion on ground level and a beach house up above — an architectural relic from an age in which both Warren and Bristol saw its fair share of Revolutionary assault. (Worth noting that this renovation was colossal: Walking by a lone chipped slate-colored tile in the floor, one hostess recoiled and cried out, “Chipped? Not after a million dollars!”)

Even the kitchen resides inside its own arched, brick enclave, where rustic Italian dishes are produced in the shadow of rising dough and troughs of tomato sauce. There is so much light and so many porticos that the line between indoor and outdoor dissipates rapidly and your peripheral vision might miraculously catch a corner of Tuscany in its splendor.

This is certainly where the power of pizza steps in: No doubt a state-side mainstay, a proper brick-oven pizza can’t help but articulate the humble origins of
a centuries-old dish from European ovens. In fact, this kitchen is committed to the ancestral versions ($13-$18): light on cheese and sauce to spotlight spicy meat, seasonal produce and the obsessively local cherry pepper rings. Double-decker stands grace nearly every table because — and this is where it gets indulgent — you could spend the better part of a day with rotating platters of charred dough and a steady stream of beer.

Plenty of people, however, come here with kids in tow and, with indoor space for nearly 200, the restaurant is sectioned into dining vignettes, walled off by brick. There’s room for another sixty each in a private room and outdoors on the patio. But the vibe remains communal at all times, with servers eager to chat up a toddler munching a garlic knot and a menu that is firmly footed in comfort food. 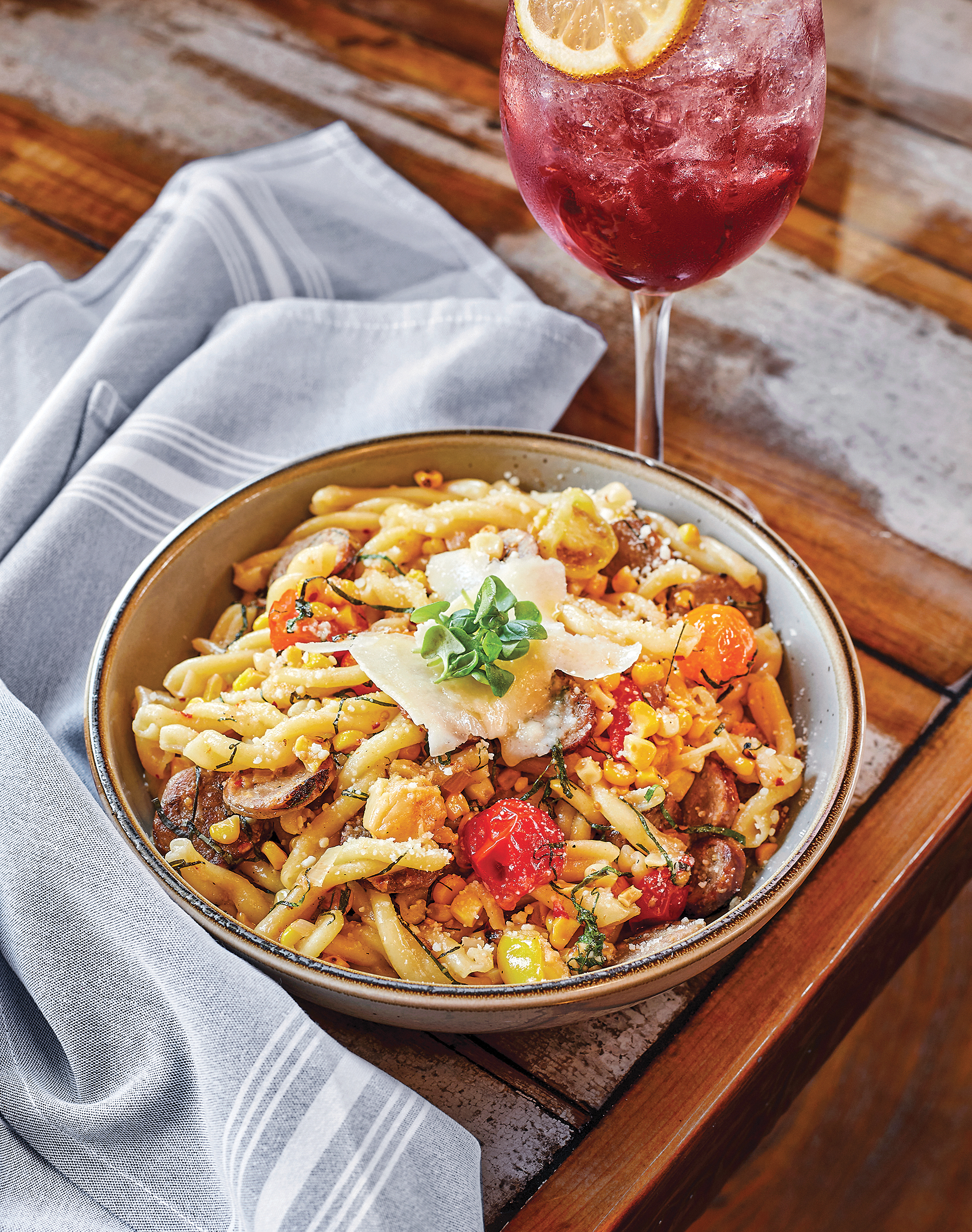 There are a half-dozen varieties of polenta fries around town but Brick Pizza’s version ($12) is battered to a wedge of craggy topography, served with a smear of roasted garlic aioli and a bright marinara. Local ingredients make an appearance — calamari, mussels, littlenecks, Narragansett Creamery cheese, corn, tomatoes, squash — but the goal is always to marry New England sensibility with ancient Italy. Beef Bolognese ($24) is dense and richly seasoned, a rendition that is more rustic than refined and better for it. The sauce is barely touched by cream, but a dollop of local ricotta softens the intensity without dissipating its impact, and in summer, gemelli features local corn and cherry heirloom tomatoes.

No doubt Rhode Island has embraced Italian cuisine as its adopted child. No other food is quite as beloved or as accessible across the state and, though Brick Pizza leans toward the bucolic, it manages to offer something transformative: in the sun-dried tomatoes, the olives and the roasted artichokes, there is a sense of pedigree that doesn’t present as Americanized but, rather, as lineage. Braised pork shank with risotto and pea tendrils ($25) barely clings to the bone, falling with deep flavor as well as the brightness of lemon and sweet pea notes. Seared chicken with turnips and earthy quinoa ($25) is balanced by sweet sun-dried tomatoes.

There’s distinction in most dishes — dense and tart, warm and cold, rich and spicy — that articulates the Italian palate more eloquently than you might expect from a restaurant touting pizza in its name. But there’s the rub: This refurbished mill building is a full-throated tribute to a food that manifests heritage in the simplest forms.

That’s not to say there isn’t evidence of continental revelry. The menu may be restrained but the space is often raucous with the squeals of small children and by the bar, which marks the time in sporting events. Dessert is certainly no different, taking on a more trans-Atlantic approach. The most indigenous dish is a limoncello layer cake with a tight crumb and a lot of mascarpone buttercream. It’s a birthday cake of sorts, capable of pleasing an eighty-year age gap. But a brownie-cookie hybrid sent out like a tower topped with vanilla ice cream is a dish without a country, concocted entirely by the whims of a diner under the age of ten or one hoping to go back to that memory.

But no matter the day, this is a building determined to make its diners go back in time. To the Revolution? Perhaps. But also to the dishes that evoke home, on this side of the ocean or the other. It’s a journey rooted in an appreciation for the familiar and the reason certain dishes become our favorites — not because they’re complicated, but because they’re done right. 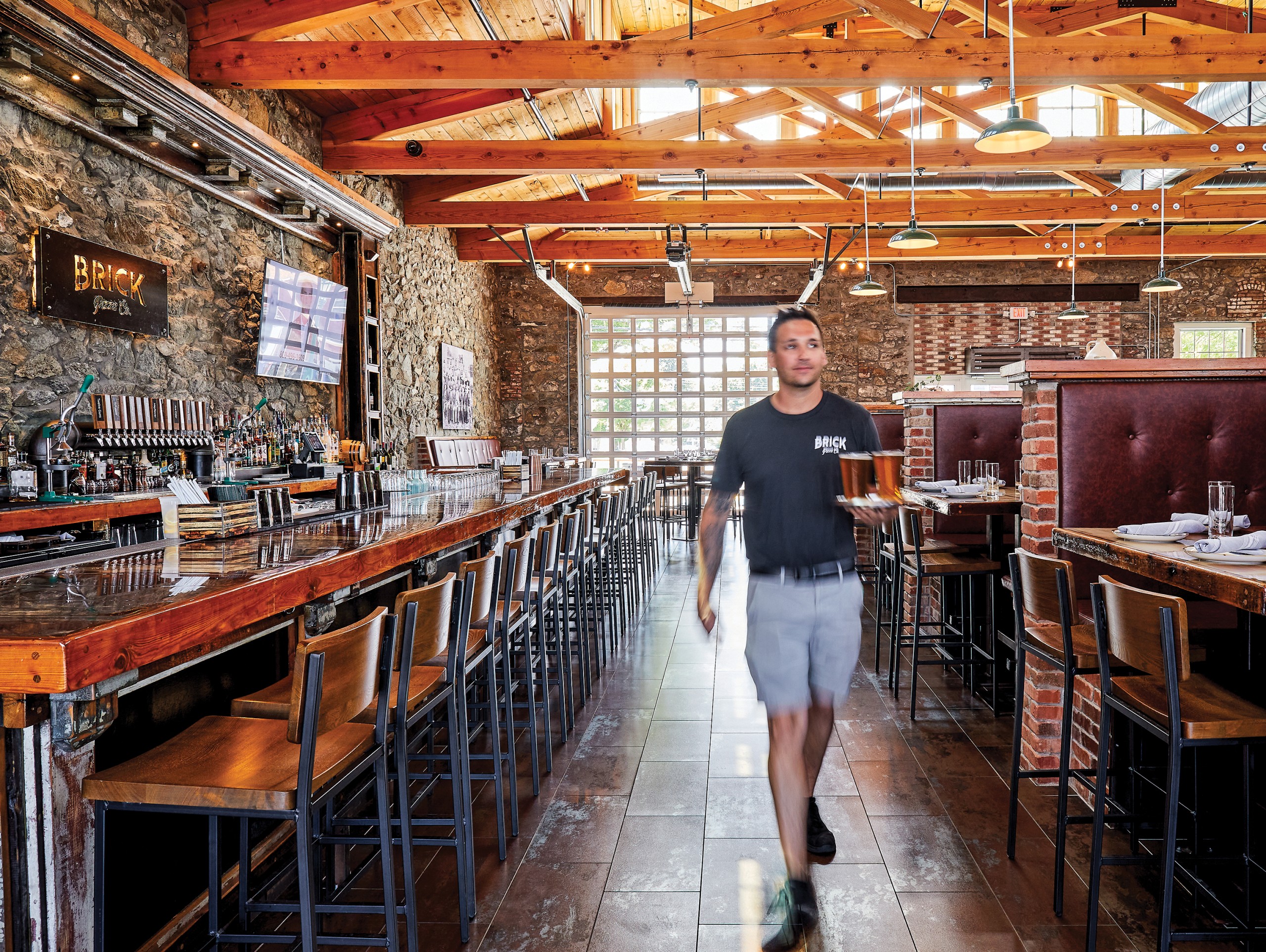 Cuisine: Pizza and other rustic Italian.

Capacity: Over 300, including a private room and patio.