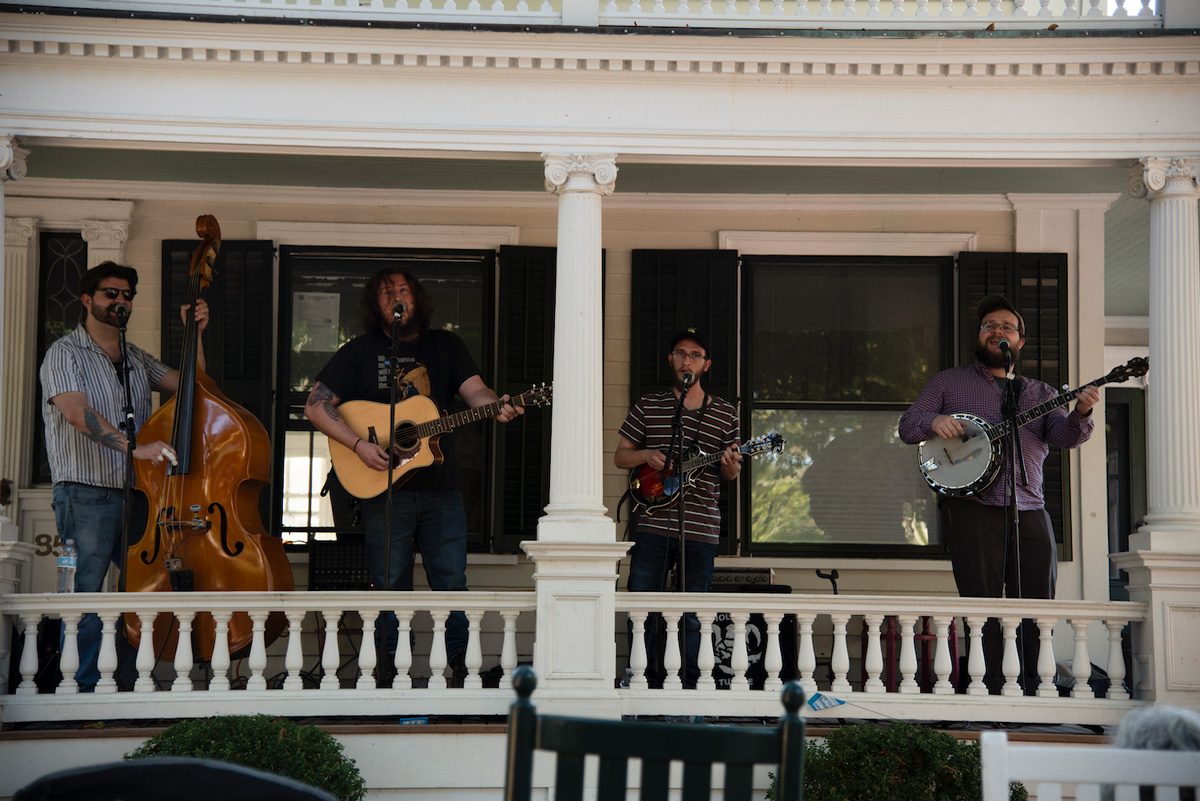 Local band Hollow Turtle is one of the returning bands participating in this year’s PorchFest. Photo Courtesy of Arts in Common.

Many people walk through quaint, historic towns like Bristol to admire the old houses that serve as relics from another time, but what if there was live music to liven it up a bit? Local nonprofit Arts in Common provides the community with the opportunity to experience great music from local bands in Bristol’s beautiful historic district. PorchFest is a free music festival held on nine front porches of residents on High Street in downtown Bristol. On Sunday, September 18 from 3–6 p.m. (rain date September 25), walk down the street and explore what eighteen of the state’s local bands have to offer.

Bringing the Community Together

During PorchFest, local communities in the East Bay get a taste of live music from various artists without the cost of the average music festival. Last year’s event saw more than 4,000 attendees, and is expected to be just as vibrant this year. Find the bands playing on High Street between Walley and Byfield Streets, where there will be performances featuring several genres of music including Cajun, traditional Portuguese, folk, rock and more.

“We’re excited to help bring music to PorchFest while supporting arts and local artists in our community,” says Sonia Couto, manager of the Arts in Common Branch in Bristol. Bay Coast Bank is sponsoring the event to provide the nonprofit with grants that allow each band to receive compensation for their performance. In addition, the bands get to collect tips during their sets. “If you love PorchFest, tip the bands,” says Bradley Wester, founder of Arts in Common and Bristol PorchFest.

The eighteen bands set to play at PorchFest are a combination of returners like Hollow Turtle and Catnip Junkies, and bands that have never played before, including Magnolia, a Cajun band that has been a New England favorite since 1989.

Vudu Sister is new to the PorchFest stage as well, bringing their unique grunge folk sound to the event. Their music is influenced by band member Keith J.G McCurdy’s French, Sicilian and Romanichal roots. 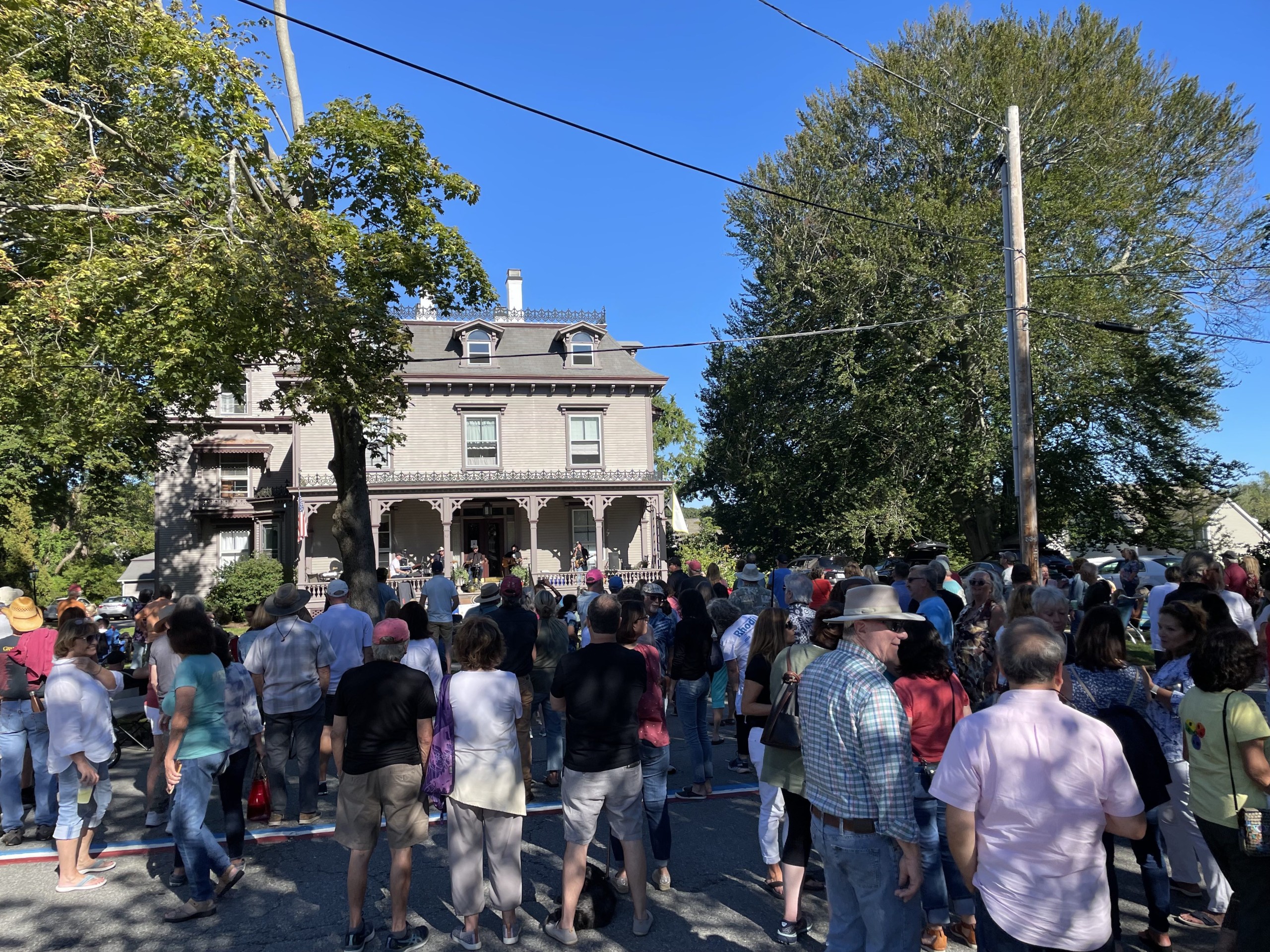 The crowd from last year’s PorchFest. Photo Courtesy of Arts in Common.

What to Expect from the Musicians

Hollow Turtle, the local band that plays lively bluegrass tunes, is one of the returning bands that can’t wait for the festival. They were recommended by a local community member to participate last year, and it was unlike anything they were expecting. “I thought it was going to be a couple of houses and a couple of people, but then we turned the street and we saw a parade of people,” says mandolin player Nick Preite.

PorchFest not only provides a good opportunity for the community, it also creates great exposure for the bands. Many people discovered the band at PorchFest last year; weeks after the event, James Cappelletti, who plays banjo in the group, was getting messages from people saying they saw Hollow Turtle at PorchFest. “Not everything should cost money,” says Cappelletti. “[The nonprofit] is paying us, we get tips, and there’s thousands of people so we can sell merch and I think we made a good amount of sales. It’s beneficial for everyone.” Guitarist Alfie Purcell notes the unique atmosphere of the event from the perspective of the performers. “It’s more relaxed but it’s also more fun,” says Purcell. “It’s a nice middle ground between doing your job and having fun with your hobby.”

PorchFest attendees can expect songs from Hollow Turtle’s album Ten Pound Boots as well as new music from their upcoming EP. Their music can also be streamed on Apple Music and Spotify.

These multitalented groups participating in this year’s PorchFest is sure to put on quite a show, so make your way to Bristol to enjoy some amazing live music before the summer’s end.  facebook.com/BristolPorchFest

Don’t Miss the After Party at Unity Park!

The resident craft food and drink companies are teaming up for the PorchFest after-party from 5 to 8 p.m. at the Unity Park complex at 500 Wood St. in Bristol. There will be a New Orleans-style “Second Line” dance from PorchFest over to Unity Park, where Pivotal Brewing Company, Borealis Coffee, Basil and Bunny and O’Brien & Brough will open their doors with extended hours. The after-party includes three bands in three locations. Pivotal Brewing Company will feature its signature craft beers, desserts and wine will be served in Borealis Coffee Company, and Basil and Bunny will showcase its 100-percent plant-based comfort foods. O’Brien & Brough, a new artisan whiskey company coming soon to Unity Park, will also open its doors for a look at their new tasting room, in anticipation of their opening in early October.