A local couple imports, nurtures and ages young wines from the best grape harvests from vineyards in California, Oregon and Germany. 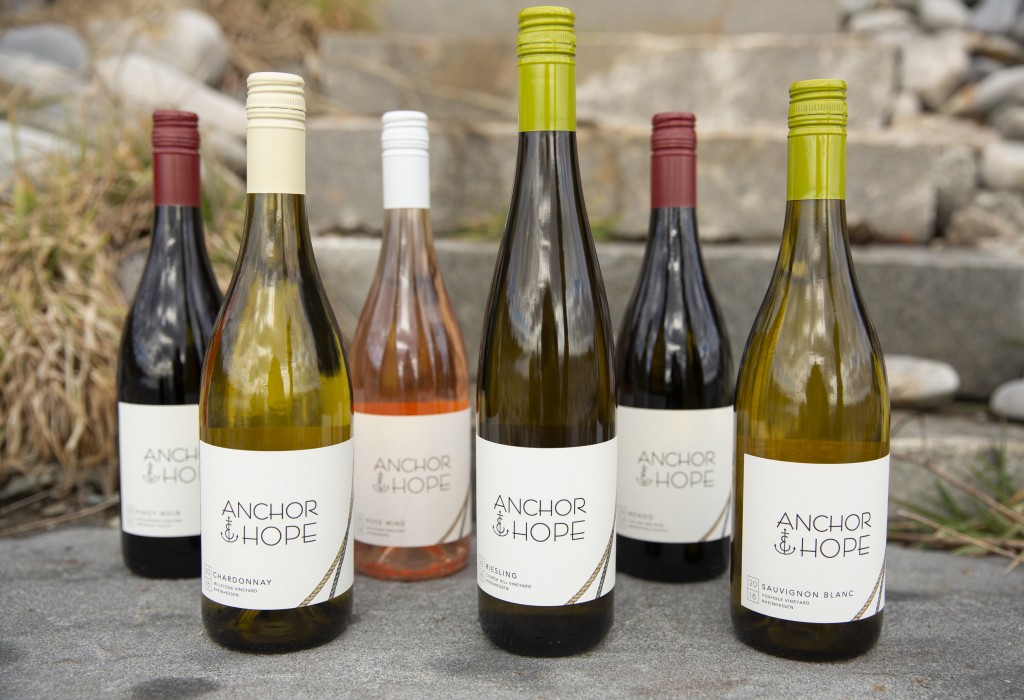 There’s a California winemaker curating high-quality reds, whites and a rose here in Rhode Island using the best grape harvests from small family vineyards in California, Oregon and Germany. Anchor and Hope winery in Rumford is run by James Davids and Marissa Stashenko, a couple who moved from San Francisco to Rhode Island to start a wine business called Anchor and Hope. They have connections with some of the best winemakers on the West Coast and in Europe, and they are importing, nurturing and aging young wines over six months or more in barrels and tanks, eventually packaging it in kegs and bottles and labeling it under their name, Anchor and Hope.

The business began as eco-friendly wine on tap for local restaurants to serve it by the glass, but thankfully, they bottled many of their wines for sale at retail in the fall before the COVID-19 pandemic hit. It’s available for takeout at local restaurants like Bayberry Beer Hall, Bywater, Chomp, Tilly’s Cheesesteaks and Arcadia Pizza, and at liquor stores including Bottles Fine Wines, Campus Fine Wines, ENO Fine Wines, the Savory Grape, Brickyard Wine and Spirits, Grapes and Grains and many more. By the end of May, they will also be offering wine in a can under the label Nico and Laura (by Anchor and Hope), named after the growers of three of the wines that will go in the cans, sauvignon blanc, rosé and pinot noir. 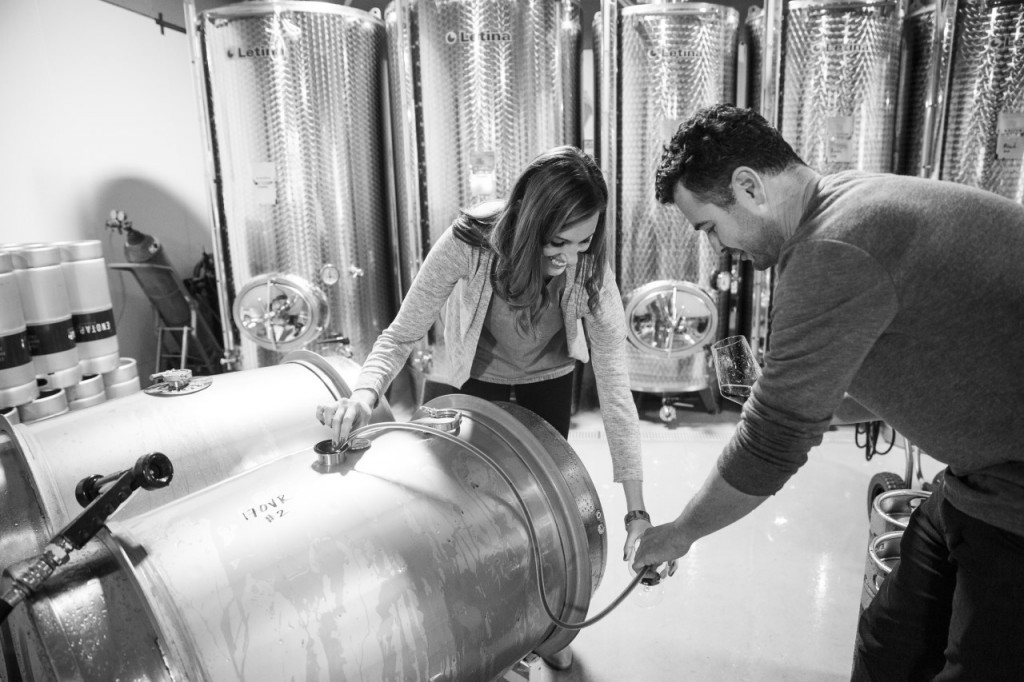 Davids grew up in San Francisco and has been working in the wine business since he was eighteen years old. After graduating from the wine program at University of California, Davis, he worked for big companies out in Napa and transitioned to small cult wineries to learn the ins and outs of the California wine business. He also moved out to Europe for a time to learn about his German family’s wine roots and make connections with European winemakers with generations and generations of family history. This experience eventually led to him launching an urban winery in San Francisco. “Europe is where my real passion for wine is,” Davids says. “The history, the tradition, the mindset about it all is so much more from the earth, and so much more natural.”

When the couple was ready to merge pasts and start a family, they chose the Providence area for the next step in their wine business. They chose this location thanks to a “car nap” they took to get their then-infant son to fall asleep. Stashenko is originally from Massachusetts, and the couple was visiting her family’s home in Massachusetts for Christmas Eve. They took a ride through Providence to help their son Liam, now two-and-a-half, take a nap, and they were instantly captivated by the Creative Capital.

“Providence reminded me of what San Francisco was like when I was a kid before the tech boom and before a lot of the culture that it’s famous for now was there,” Davids says. “There are all these great restaurants; there’s an art scene. You’ve got beaches, there’s Newport…it’s not that different from where I grew up in the Bay area of California. There’s so much beauty out here. There’s a lot going on.” 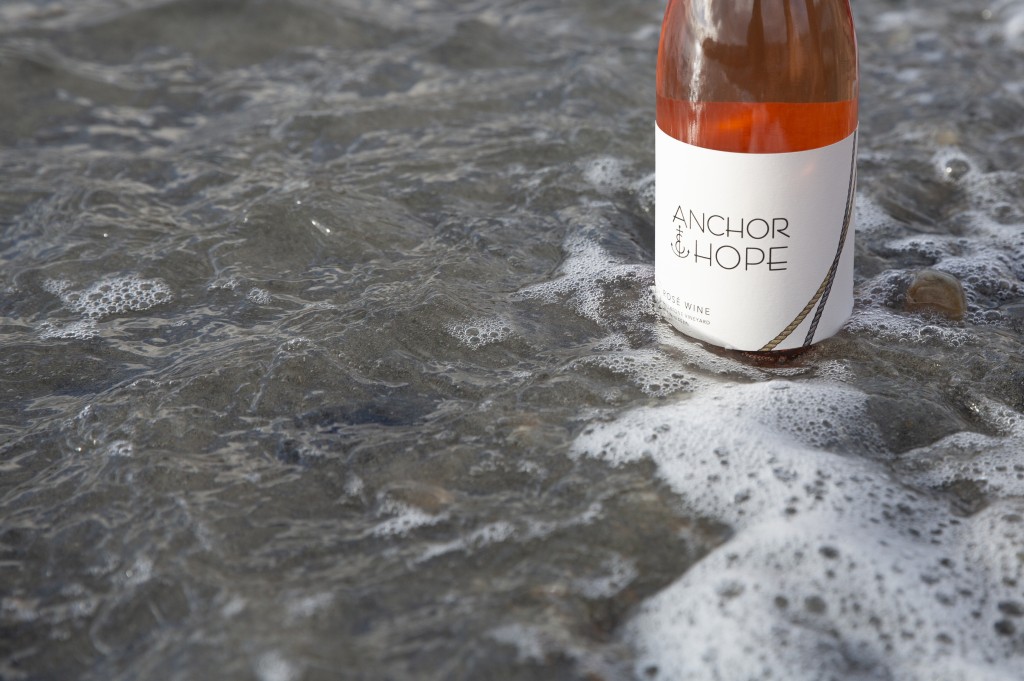 Davids and Stashenko settled on Rumford for their winery, which is a production facility where they nurture and age the wines in large stainless steel tanks and/or stainless steel barrels. Wines are delivered in totes from vineyards on the West Coast and Europe and transferred to the on-site vessels. For some of the varieties, they are involved in the growing of the grapes from start to finish. Other wines are already ready to go and they negotiate with family winemakers and bring it under their label in Rhode Island. “We tell their stories like nobody else can. We nurture these wines and make sure they go out properly packaged and tasting well,” Davids says. “A lot of small farms and vineyards don’t have enough resources to do what we do. We’re passionate about that vineyard, the history and the story about that family.”

Anchor and Hope bottles (and soon cans) name the specific vineyard where the grapes were harvested as well as the winemaker who created it. “We put a specific origin and a person and a place on the bottle,” Stashenko says. “There’s a craft wine association and that’s how they define craft wine, having a defined person and place where it comes from.”

Tasting room or not, they encourage anyone who is interested in their wines to reach out to learn more about their business. They’ve dropped anchor in Rhode Island and they live near Hope Street in Providence; that’s where the name for the business came from.. “There’s meaning as far as we brought our family here, we’re dropping anchor,” Davids says, adding that you certainly have to have a lot of hope to start a small business in the wine industry, especially in the Northeast. “We are here and we are passionate about our wines,” he says. “Even though we don’t have a physical tasting room, that shouldn’t stop anyone from reaching out.” anchorhopewine.com

Where to Get Local Seafood for Pickup or Delivery