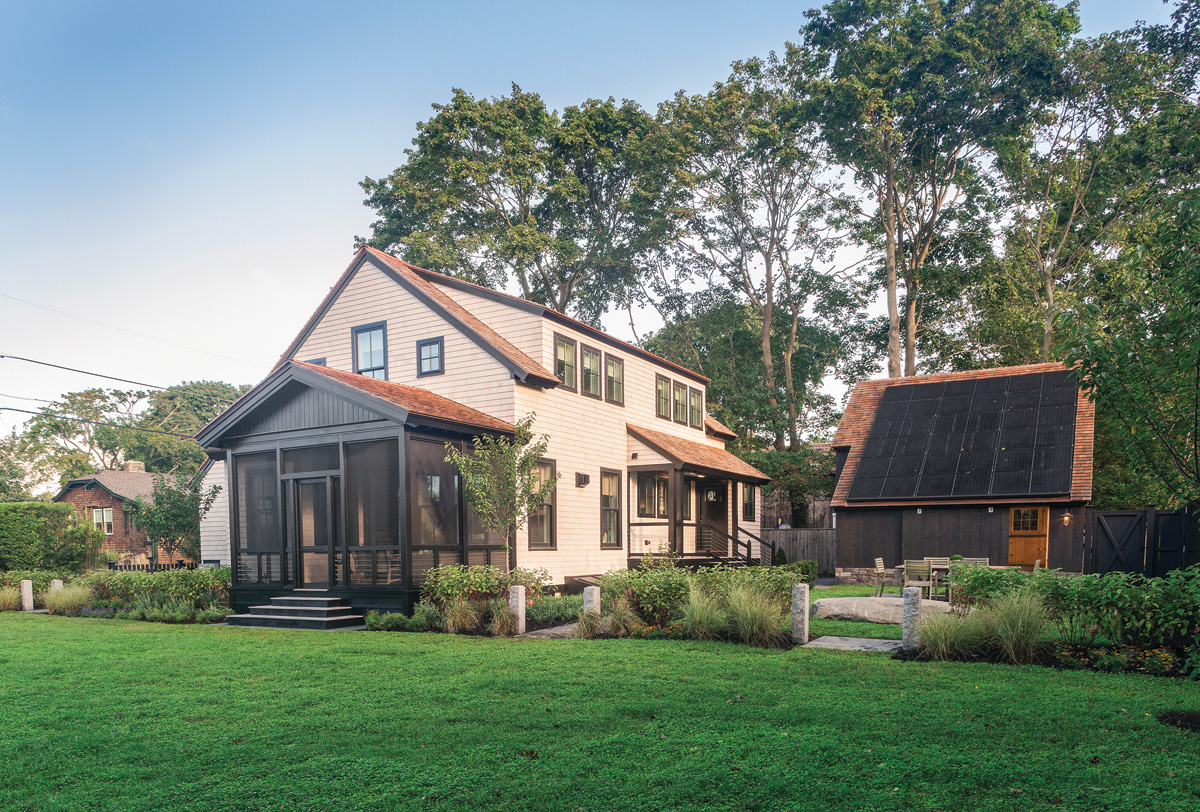 When considering entries in the residential renovation category, our judges weighed the success of each project based on its stated goals. This project transformed a tiny, century-old bungalow into a charming, New England-style cottage more than twice its original size; oh, and it now performs at net zero (in other words, this was supremely successful). What particularly impressed our judges about this renovation is that the home didn’t lose its scale, even though its size doubled: the house and barn are in a neighborhood on a relatively small lot and they are still appropriately suited to the site. The panel said the “thoughtfully conceived” project made “sensitive interventions” to the site itself and the age of the original structure. Rather than attempting to conceal the photovoltaic panels on the barn roof, they were embraced; black became a key part of the exterior palette, a “firm decision that was a success,” remarked one jurist. “This is a house where I would want to hang,” said another. “I respect what was achieved here.” 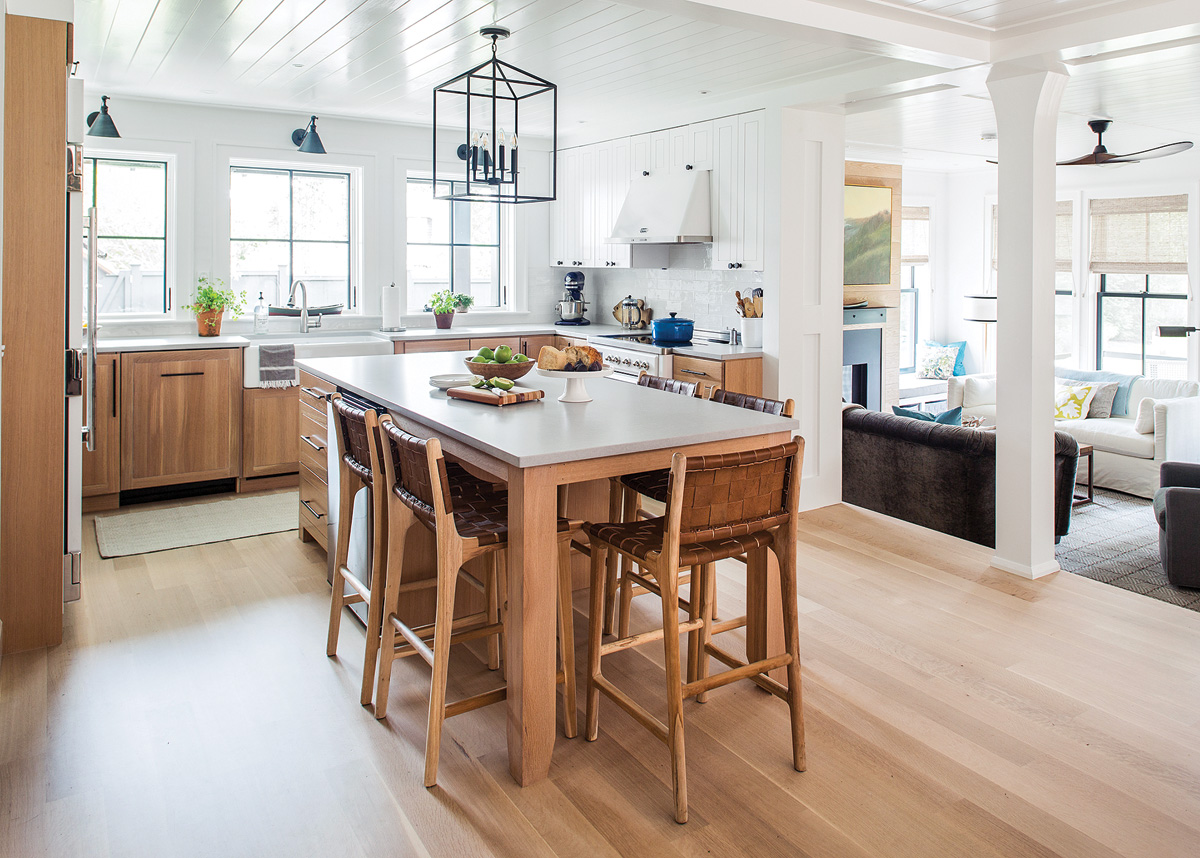 DiMauro Architects says the goal of this project “was to bring back the soul of this cliffside classic.” The aging Victorian cottage had lost much of its original character over the past 100-plus years, and its orientation neglected to capitalize on its prime location. The renovation sought to address these issues and to better accommodate the needs of the active, modern family who lived there. The front door was relocated from the left side of the home to its center axis, which makes the water view an immediate focal point upon entry. Expanding the family room under the existing porch roof created more usable space and opened the floorplan on the ocean-side of the home. The kitchen was relocated there and a new mudroom and bathroom took the kitchen’s place. The judges complimented the shifts that were made, saying the “flow is nicer; the spaces are airy but connected.” 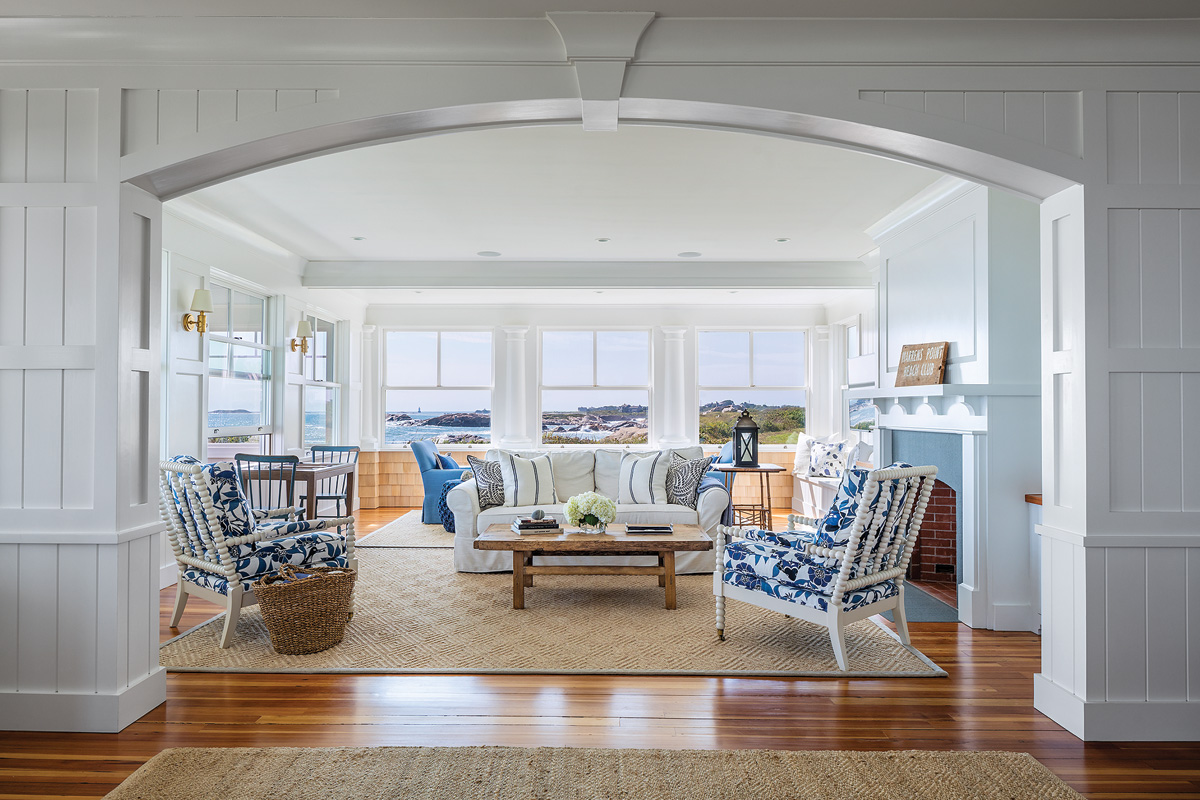