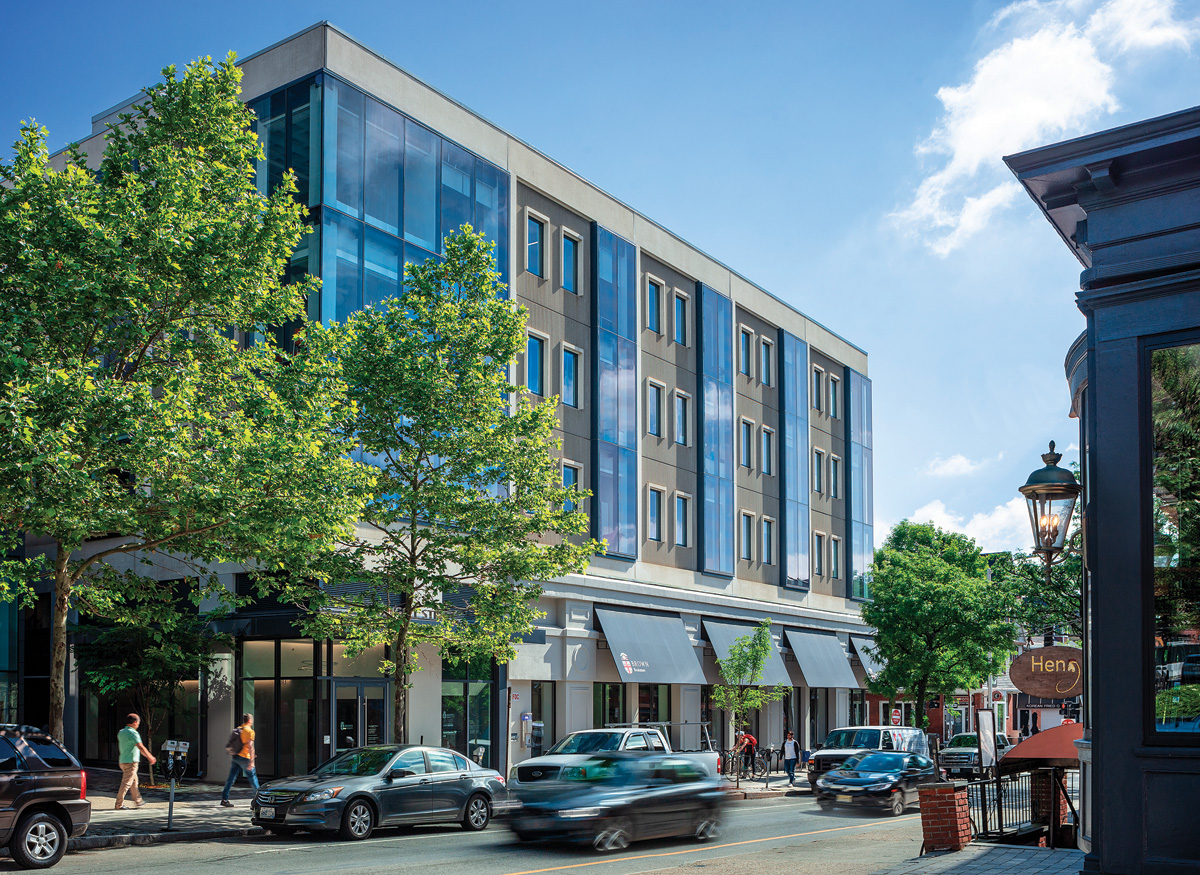 While evaluating entrants in this category, the most populated of the five, the jurists looked for projects that made a visual impact along their perimeters and on the inside. From its new exterior cladding to the smart lighting design, they said the renovation of the former Brown Office Building at 164 Angell Street “checked all the boxes.” What was once merely a precast concrete box is now a bright, lively academic and research hub. The jury called the decision to “restore and elevate” the existing facade “clever,” and noted how significantly the changes affected the streetscape. The addition of porthole-like vertical windows and a panel of corner windows opened the building to views of the city. Inside, structural renovations improved the flow between spaces, thereby enabling interdisciplinary collaboration. The design created new, flexible workspaces for groups both large and small. “The project represents a fully realized vision.” 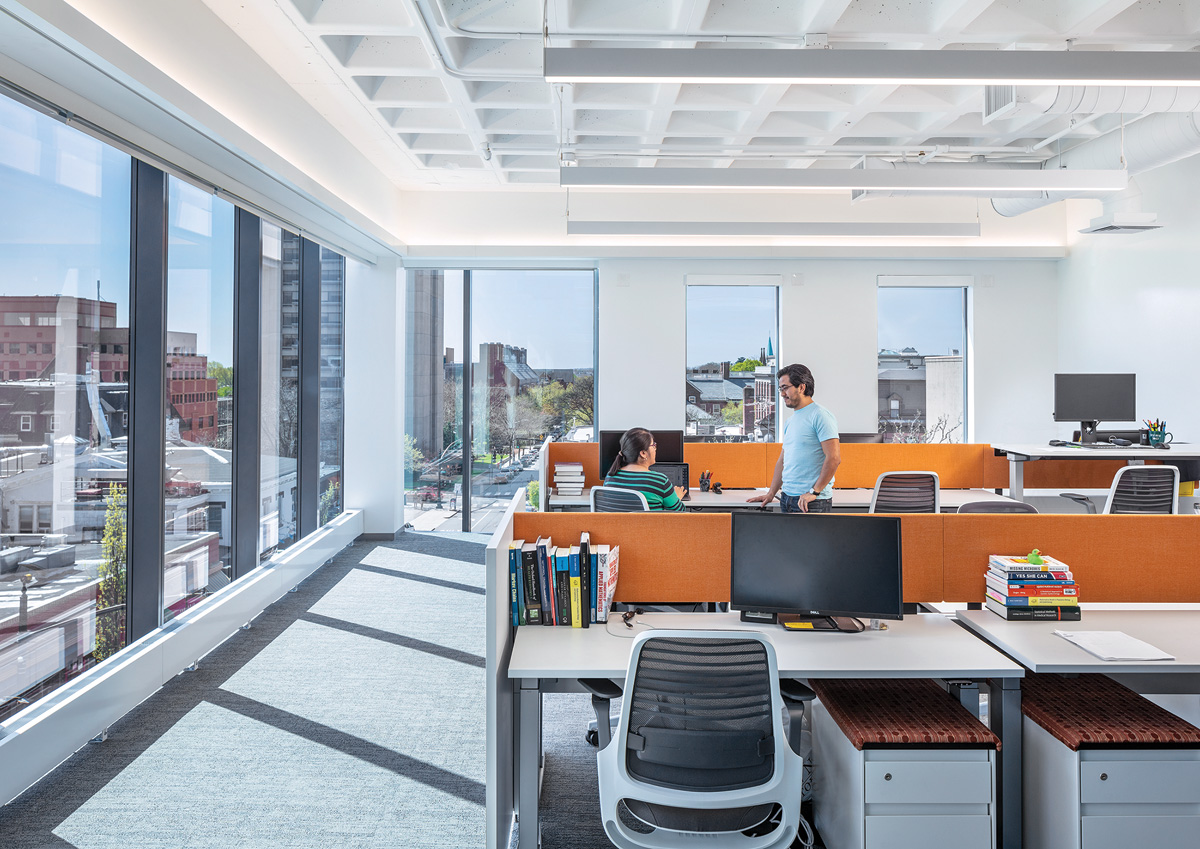 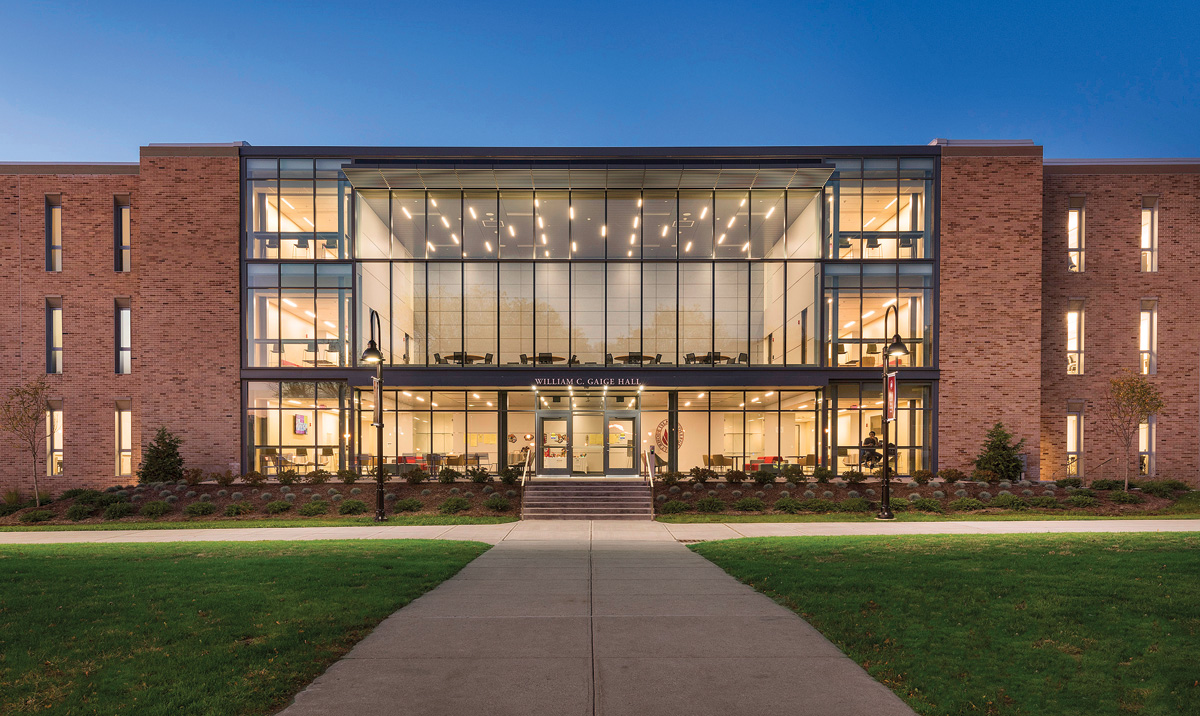 The renovation of Rhode Island College’s Gaige Hall “brought the building to a new level,” said the judges. The project’s large scope entailed renovating the entire 64,000-square-foot building, which was plagued by infrastructure deficiencies, and constructing a new 4,000-square-foot addition. The jurists felt the impact of the final product was a testament to the success of the design’s concept, which was really based on simple materials: “windows, walls, ceilings and floors done in the right proportion.” Access to natural light was increased by replacing the building’s two-story center with a three-story, fully glazed facade; elsewhere, existing windows were extended to the ground and additional windows were added. Acoustic and visual inadequacies were addressed in the auditorium and a state-of-the-art sound system was installed. The building is now a welcoming, light-filled space that facilitates the teaching and learning needs of the campus community. 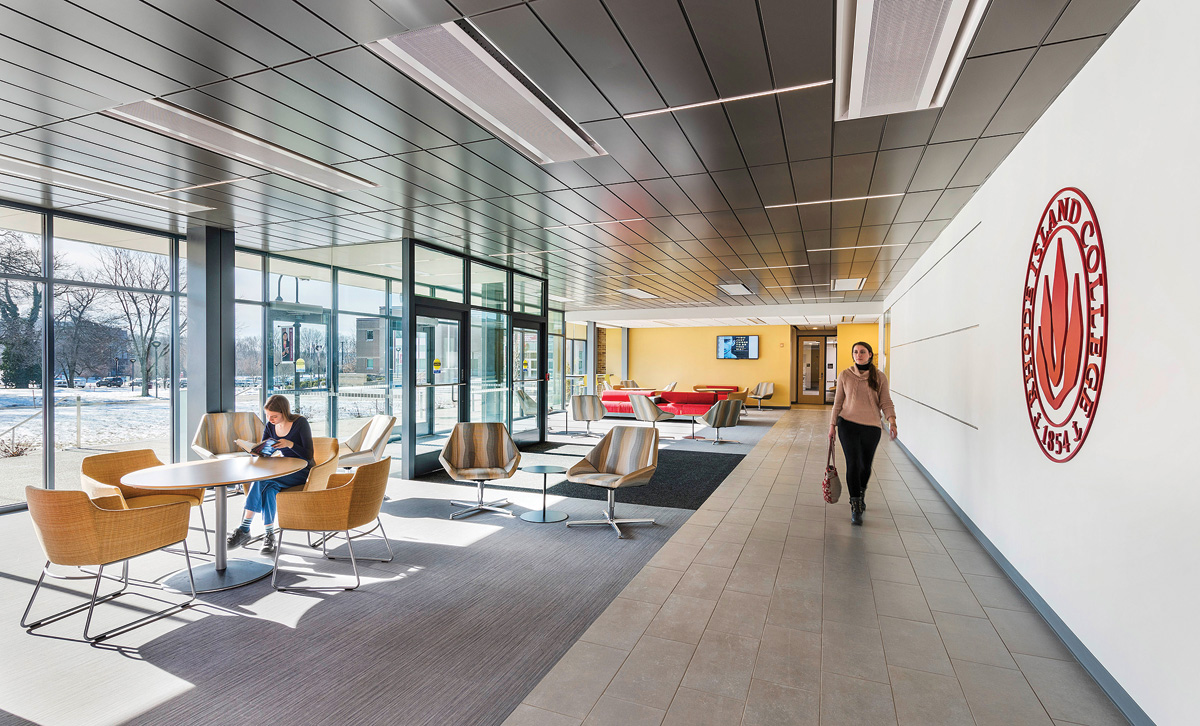 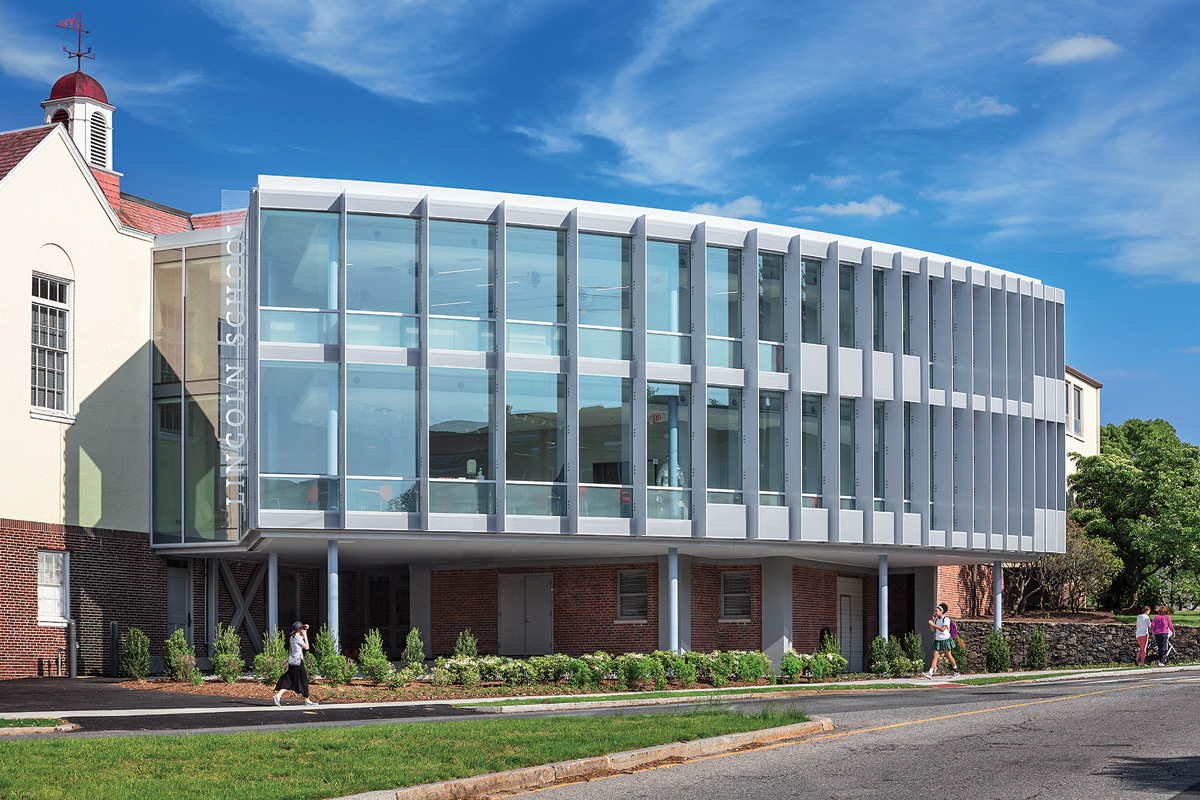 Any teacher will tell you that students’ physical learning environments affect their educational outcomes. The Lincoln School’s new STEAM Hub addition, with its curved modern facade, is a visual actualization of the fundamental principles taught within its walls: science, technology, art/architecture and math. Vertical fins along the glass curtain wall were designed, according to the architect, “to create rolling shade as the sun moves.” The jurists complimented the transformation of “dark, cramped classroom spaces into open, airy spaces for learning,” changes that were achieved through the integration of skylights, illuminated walls and bright accent colors. They also applauded the design’s creation of flexible workspaces, which include science labs, study spaces and a 2,000-square-foot art gallery. Cumulatively, the design is highly functional, and likely inspirational, for the population it serves.