You know good design when you see it; it catches your breath and gives you pause. Its beauty makes you tingle, and its innovation makes you giddy. It’s artistic and scientific and mathematical. We love good design, which is why we love the annual Design Awards. This year three jurists — David M. Fenchel, owner and architect of Traverse Architects in Cambridge, Massachusetts; Kate Maloney, principal designer of Kate Maloney Interior Design in Somerville, Massachusetts; and Dan Kasmarak of ACTWO Architects in Wayland, Massachusetts — selected fourteen award-winning local design projects from among nearly fifty entries. Cheers to all the winners: Thanks for making Rhode Island just a little more lovely. 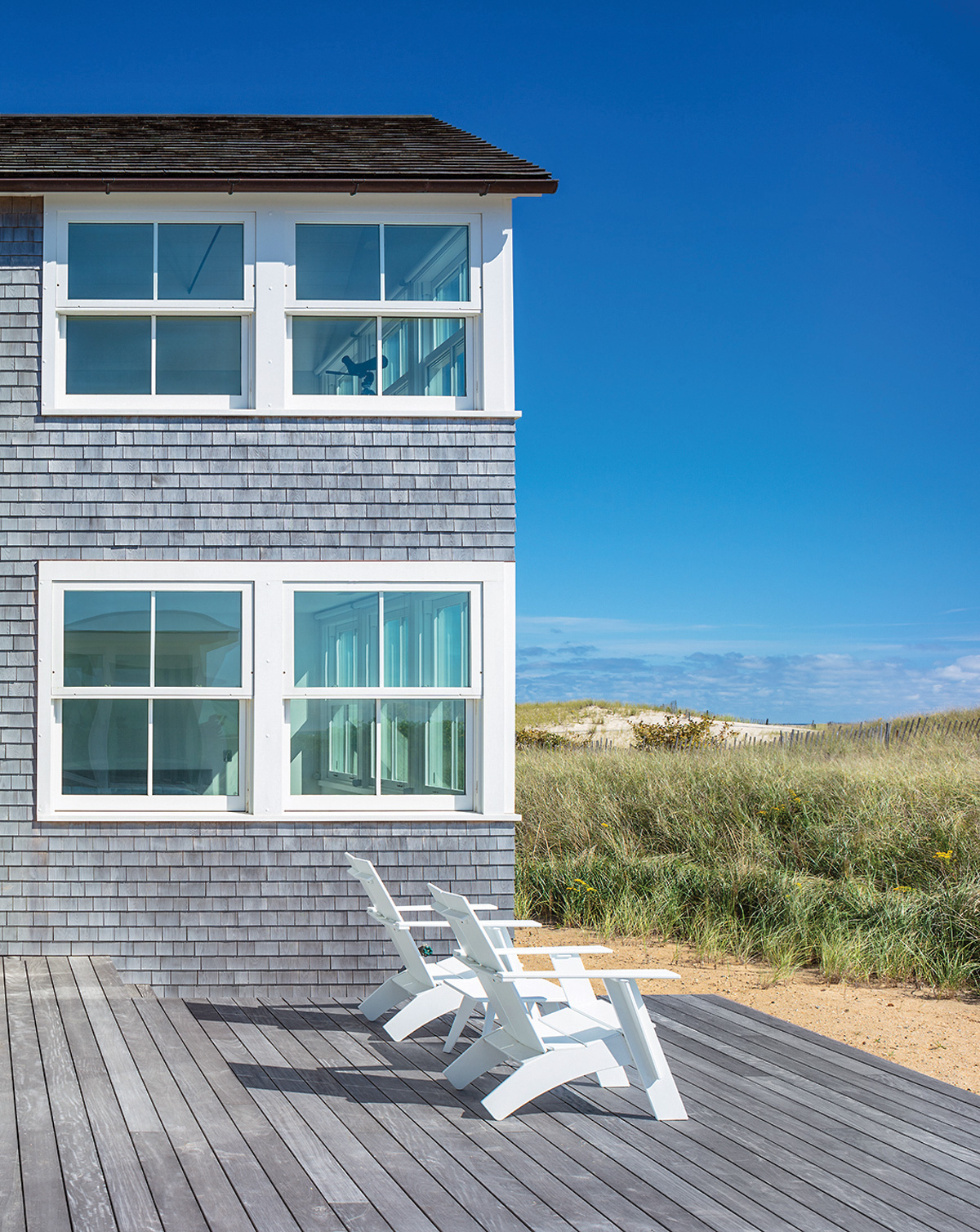 As a child, architect Peter Twombly summered down the beach from “Fo’castle,” the home that inspired naturalist Henry Beston’s literary classic, “The Outermost House.” Twombly says “the scale, simplicity and spirit of [Beston’s] remote little house” inspired his approach to this project, dubbed Dune House, in Chatham, Massachusetts. The house’s relationship with and celebration of the landscape were elements admired by our jurists, who made particular note of its “clever massing,” low profile and strong yet minimalist interior architecture. The panel was also keen on the approach from the road, where natural ground cover was preserved and a low stone wall was erected to anchor the house to the site. The integration of boardwalks, windows and porches throughout makes each section of the structure cohesive with the dunescape itself. 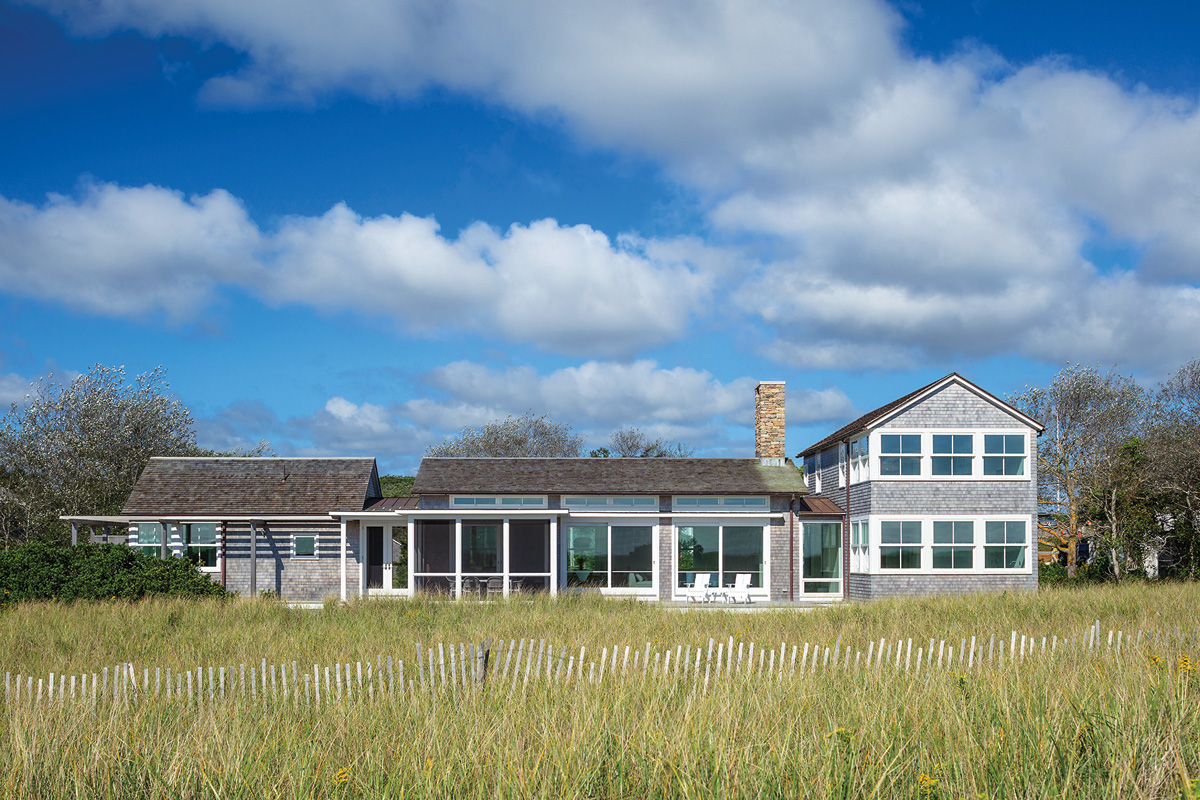 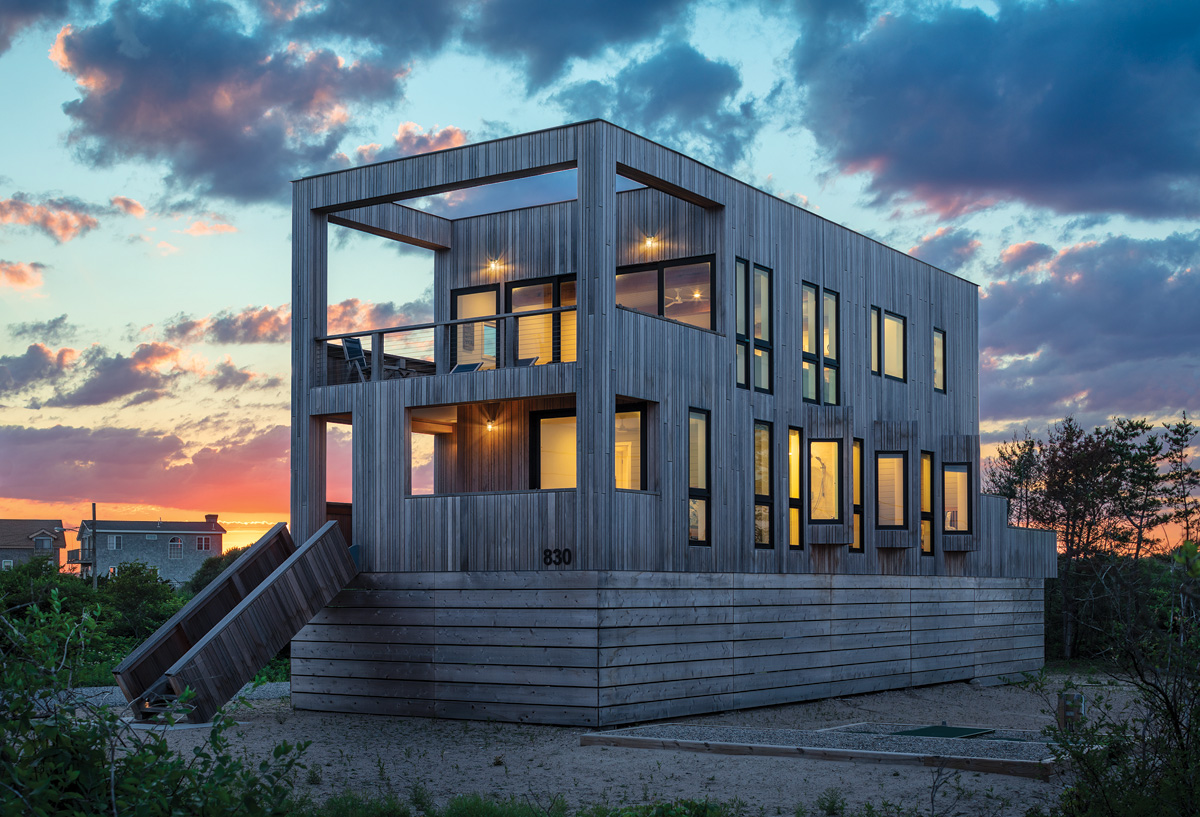 During their deliberations, our jurists said they were looking for inspired designs that challenged the norm, for architecture that gave them pause upon first glance. “The shell is simply fantastic,” said one judge of this South County beach house, adding that it had “the most dramatic architectural effect on its site” of any other. “Its greatness is in its individuality,” noted another. The architects responsible for its creation say it was designed “using the form of a ship as a metaphor” and while modern, its external palette and materials reference traditional coastal New England vernacular. Because the long, narrow site offers limited views from rooms perpendicular to the water, a series of wall and window projections were incorporated into two first floor bedrooms and the master bath. Our judges admired the “tight coordination of cladding” and its “connection to the sea from the upper roof deck.” 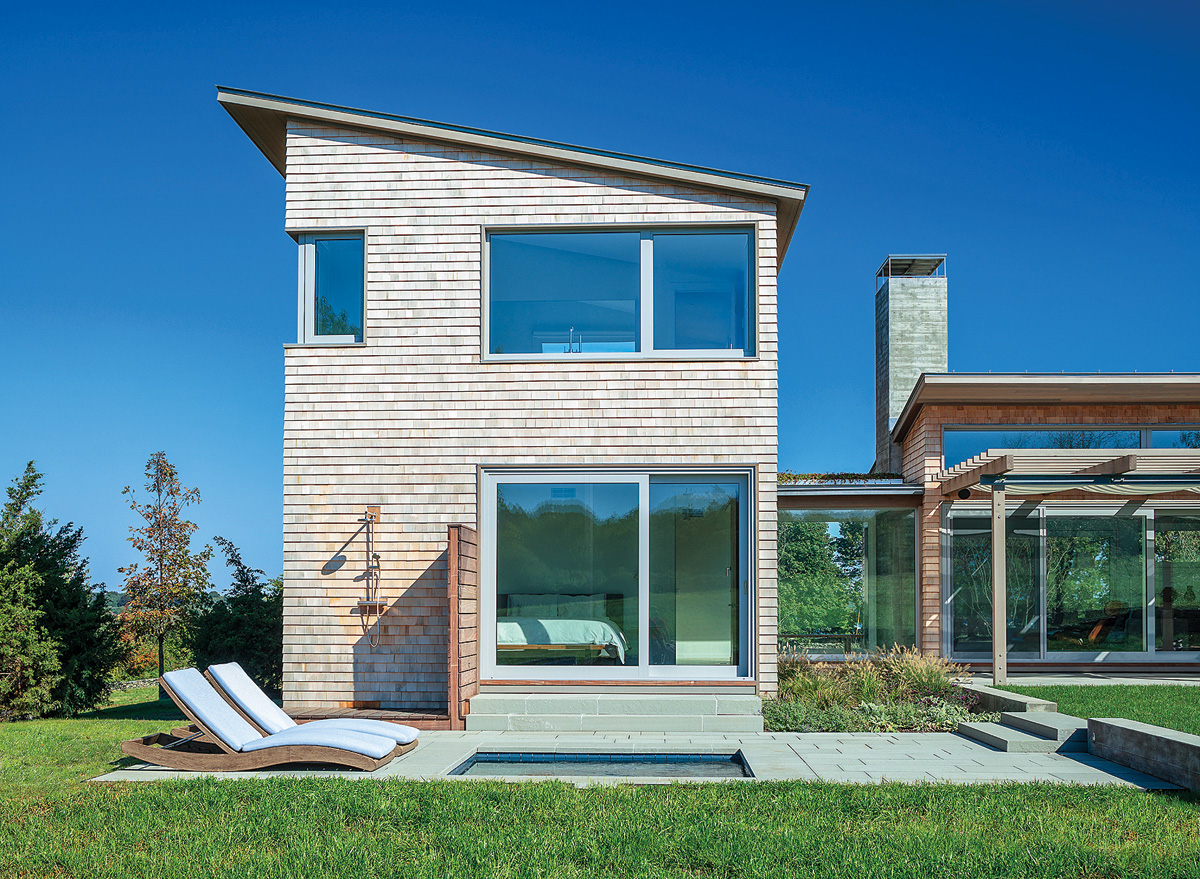 What struck the panel most about this particular project, named the Wilson Field House, was how completely the design honored its location, which is simultaneously coastal (it is in Jamestown, after all) and agrarian. The five acres on which it sits were originally part of a 300-year-old family farm, and several of the property’s original farm buildings still stand on the site. The use of materials to unite old with new — white cedar shingles, metal roofs and board siding, represented in the new house with board formed concrete — create cohesion. The concrete chimney, which anchors the house, further unites the inside with the outside and lends the house a modern sensibility. Here, they said, “nothing was missed, all detailing is complete,” from the texture of the cladding to the repetition of materials. Ultimately, it was the “clever, subtle detailing along the threshold into the landscape” that drew our jurists to this home.