Why are Dead Birds Washing Up on Rhode Island’s Beaches?

Conservation groups are warning beachgoers to steer clear of dead birds washed up on the shoreline amid an outbreak of avian flu. 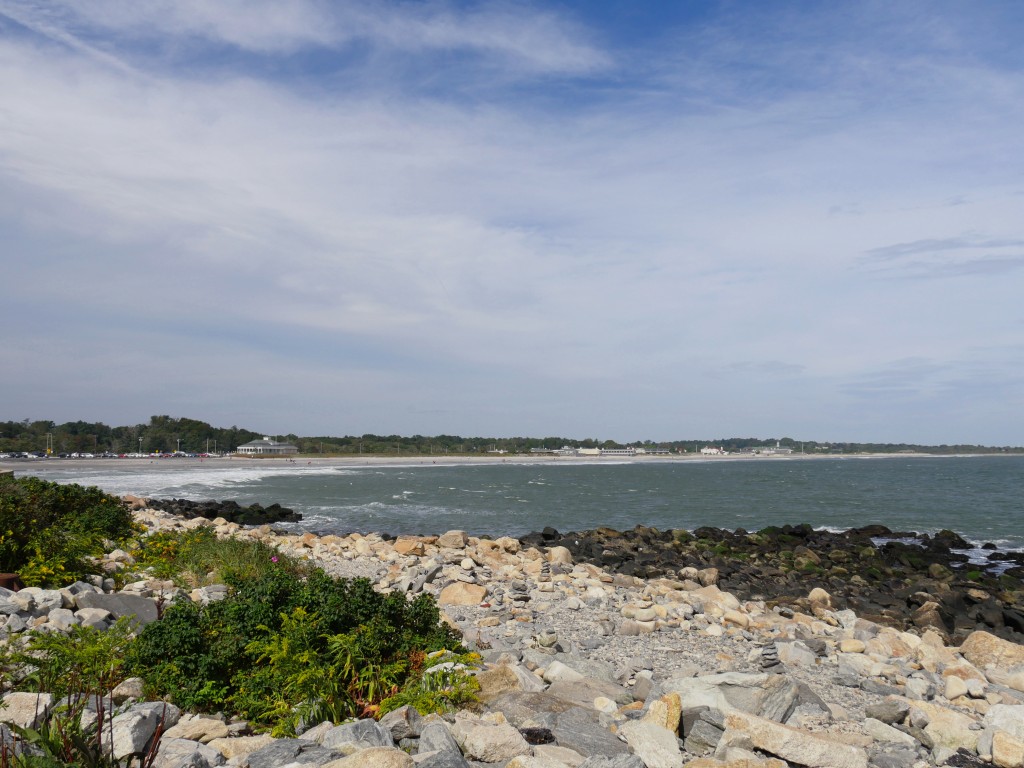 The shoreline in Narragansett. (Getty Images)

The Rhode Island Department of Environmental Management, U.S. Fish and Wildlife Service and the Nature Conservancy this week are warning beach visitors to stay away from any dead birds they find washed up on the shore.

The three organizations released a statement Friday about the higher-than-usual numbers of dead birds washing up on local beaches. The birds, according to the statement, have been spotted at several locations along the Atlantic coast, including in Rhode Island. 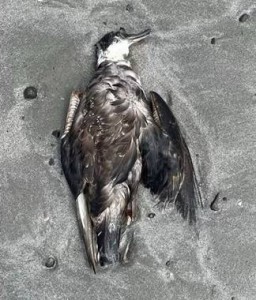 A photo taken by Michele Gold shows one of fifteen dead shearwaters that were found washed up on Second Beach in Middletown on June 16. (Courtesy of the Rhode Island Department of Environmental Management)

“A relatively small number of seabirds and other waterbirds washing up dead on beaches is normal this time of year, but in the past several weeks, multiple locations along the Atlantic coast, including Rhode Island, have seen higher-than-usual numbers,” the statement says.

Officials have not yet determined the cause of the dead waterbirds; however, they warn it may be connected to the outbreak of avian influenza, or HPAI, that has swept wild bird populations since March. Wild birds found in other areas have tested positive for the disease.

“Due to the recent outbreak of highly pathogenic avian influenza (HPAI), wildlife officials are cautioning the public to remain vigilant and avoid any dead birds found washed up on the shoreline. While risk of HPAI to humans is low, the public is urged not to touch dead birds and to keep dogs on leashes and away from carcasses,” the statement says.

Wildlife officials say the number of dead birds has been particularly bad in Block Island, which has experienced many recent mortalities. Martha’s Vineyard has also seen unusually high numbers of dead birds washing ashore. Wildlife officials there warned people to stay away from the bird carcasses after hundreds of dead cormorants recently washed up on the island’s shores.

With temperatures on the rise, it’s a timely reminder for residents headed to the beach. Officials from the RIDEM said during a press conference in March that while the risk to humans from bird flu is low, those who keep backyard chickens should take steps to protect their flocks. These include keeping birds in an enclosed coop and limiting contact with wild birds and other flocks.

State and federal officials and conservation groups are currently testing a sample of the specimens found in Rhode Island to determine if there’s a connection to HPAI. In the past, birds washing up on shorelines has also been attributed to a lack of resources and fish for foraging. In the meantime, officials are warning the public to stay vigilant and not touch any dead birds they find on the shore.

What Is Bird Flu and Should You Be Concerned?