What Is Bird Flu and Should You Be Concerned?

The disease poses little risk to humans, but poultry farmers and backyard chicken keepers should take steps to protect their flocks 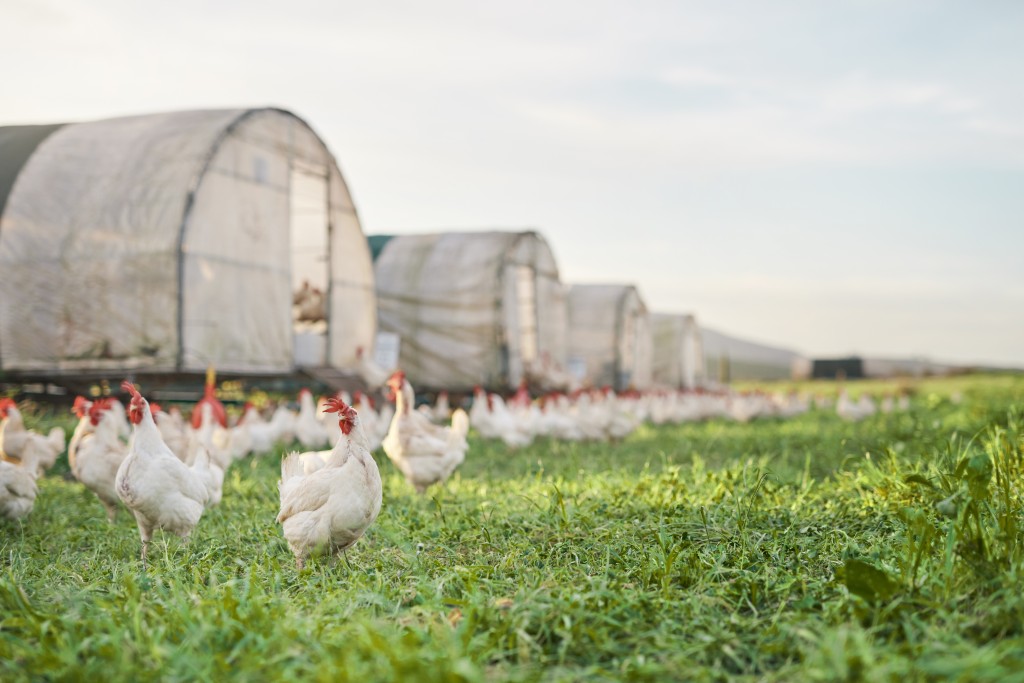 The Rhode Island Department of Environmental Management (RIDEM) is monitoring the outbreak of a highly contagious strain of avian flu that could have severe impacts for Rhode Island’s poultry population. The strain was first detected in South Carolina in January and has since been found in birds throughout the eastern part of the country, including in Massachusetts and Connecticut.

While the disease poses little risk to humans, poultry farmers and people who raise backyard chickens should be aware of the potential impacts. The RIDEM held a press conference on Friday, March 4, to discuss the steps people can take to protect their flocks and keep the disease from spreading from wild to domestic bird populations in Rhode Island.

What is bird flu?

Bird flu, also called avian flu or avian influenza, is a disease usually carried by wild waterfowl. The disease sometimes spreads from wild birds to domestic poultry, which can have devastating effects on flocks. This particular strain, H5N1, was first detected in a wild bird in South Carolina in January and has since spread to states throughout the eastern United States, including Indiana, Kentucky, New York, Delaware, North Carolina, Virginia, Maine, Michigan, New Hampshire, Iowa, Connecticut and Massachusetts. As of Monday, March 7, the disease had been detected in a domestic flock in Connecticut and wild birds in Massachusetts.

What is the risk to humans?

The Centers for Disease Control and Prevention (CDC) says the risk to humans from bird flu is low. No human cases have been reported in the United States from this strain. Previous strains that affected humans only resulted in mild to moderate illness and generally responded to antiviral treatments such as Oseltamivir. The CDC says outbreaks in domestic poultry, in addition to infections in wild birds, might result in increased exposure for poultry workers and others who regularly come in contact with these kinds of birds.

What should I do if I keep chickens?

Scott Marshall, the state veterinarian, says backyard chicken keepers should take steps to protect their flocks and avoid contact with wild birds. While the state is in contact with larger commercial farms, small flocks that are not regulated by the state are also at risk. “The bottom line is protect their birds,” he says. “If at all possible, bring the birds in. If they have an enclosed coop or barn they can stay in, limit the traffic.”

Chicken keepers should also limit contact between birds and people and not share equipment with other farmers. The state is asking individuals not to hold shows or poultry exhibitions until the end of June.

Do I need to bring my bird feeder in?

While the RIDEM has occasionally asked individuals in the past to remove outdoor bird feeders to prevent the spread of avian disease, David Kalb, supervising biologist for the Division of Fish and Wildlife, says the department is not yet aware how this disease will affect birds that visit outdoor feeders. “At this point, we have not issued any statements regarding removing bird feeders, but it is something we’ve talked about at other disease concern events,” he says. “It happened fast, and we really don’t know how different species will respond to the virus.” He adds the department is currently at a “proceed with caution” stage regarding outdoor feeders.

What do I do if I see a sick or dying bird?

Members of the public who spot a sick or dying bird in the wild can call the Division of Fish and Wildlife at 789-0281 to report it. Those wishing to report sick or dying domestic birds should call 222-2781. If they fail to reach someone or it’s after usual business hours, call 222-3070.

What happens if my flock catches H5N1?

The disease typically brings about 100 percent mortality rate in chickens and turkeys and can be devastating for poultry owners. In the case of an infection, the response is usually to humanely depopulated infected birds to limit suffering and remove them as a source of infection for others. If the disease is reported in a domestic flock, Marshall says, RIDEM staff would visit the property for surveillance testing and invite their counterparts from the U.S. Department of Agriculture to confirm the disease. If the decision is made to depopulate, poultry farmers can apply for compensation for any live birds they had at the time of depopulation.

“A commercial flock, it usually runs through like wildfire,” Marshall adds.

For more information on avian flu and what symptoms to look for in birds, visit the RIDEM website at dem.ri.gov.

What Happened with COVID-19 in Central Falls?